Dunton was founded in 1885 as an unincorporated mining town, and soon became a ghost town — then it was transformed into Dunton Hot Springs, one of the most remarkably creative hotels you’ll ever see.

Dunton Hot Springs is a complete original. It’s almost insulting to describe it as being just a hotel. Set in isolated southwestern Colorado, an hour’s drive from the closest town, this is a place that took the bones and buildings of an old mining town — abandoned over a hundred years ago — and used them as the foundation for a luxury resort, all without letting the old-West spirit of the place evaporate into kitschy superficialities.

In fact, as you approach the 13 cabins and assorted period structures, you might think they stand the same as they did when the last miner stumbled out of town in 1918. You might get another dose of historical vertigo when you stroll into the saloon, standing just where it did at its founding, and find a guest list of graffitied names that includes none other than Butch Cassidy.

The staff insists it’s the real thing, and in Dunton, you’re inclined to believe them. Not because everything is perfectly preserved, but because Dunton hasn’t staked its reputation on being an exact replica. The old saloon serves contemporary cuisine. The Pony Express building houses a spa and yoga studio. The old general store is a luxury accommodation. The bathhouse pool is transcendent.

Dunton Hot Springs isn’t the type of place that tries to hide these anachronisms. There’s no need for that. The anachronisms, and how Dunton turned into this, are exactly what make it fascinating.

The original Dunton wouldn’t have been as conveniently walkable as the modern resort. When current owner Christoph Henkel bought the old town in the 1990s, cabins sprawled all about the massive property. During the extensive restoration, liberties were taken with an eye towards convenience. “Many of the buildings had to be taken apart — logs numbered — and then put back together like a jigsaw puzzle,” explains marketing director Christina Rossi.

When they were, they were brought closer together, clustered around that old Cassidy-signed saloon.

And while each cabin was put back together in the same way it was originally built — right down to the horizontal stacking of the logs — any additions, like the bathrooms, were intentionally built at odds with that style, with the siding
set vertically. “We wanted to make it so you can tell what was original and what was not,” explains Edoardo Rossi, an executive at Dunton Destinations.

Other buildings don’t come from Dunton at all. The era-appropriate Pony Express that now serves as the yoga studio? That comes from Colorado Springs. The Tipping Cabin made its way here from Parachute, over 200 miles to the north.

Ghosts of the Past

There are two theories about how Dunton, unincorporated mining town, began. They both involve the hot springs. Did miners come here looking for the silver and gold that often accompanies such geothermal features? Or did miners, already working down the road, come here for the obvious benefits of a soothing bath after a brutal day’s work?

We don’t know for sure, so take your pick. If the latter’s the truth, it foreshadows the hundred-plus years of history that culminated in Dunton becoming the international draw that it is today. After miners and their families streamed out of town to work closer to a train system in the early 20th century, the allure of those hot springs — and the infrastructure they left behind — meant that Dunton would never stay completely uninhabited for long.

Some will tell you stories of the 1950s, when a former owner would charge something like five dollars a night to stay in a wooden cabin, without flooring, and cut the price if you brought your own sheet.

The later eras were more colorful.

“If you speak to people in Telluride now, they’ll tell you stories they remember in the ’70s, ’80s,” says Edoardo Rossi on one of Dunton’s most scandalous epochs. “They would have naked volleyball tournaments in Dunton. It was very much a hippie commune.”

By the time Christoph Henkel and his wife, art dealer and collector Katrin Bellinger, took over in the mid-1990s, Dunton had already played home not just to a makeshift postwar tourist camp and naked squatting hippies, but to bikers that burned buildings and shot up the bathhouse just for fun. “It was kind of a free-for-all where people could come and go as they wanted, and all the buildings were just abandoned,” as Rossi puts it.

“But, the hot springs were still there.”

One of a Kind

Henkel and Bellinger have been better stewards of history, taking those miraculous hot springs and surrounding them with a restored, idealized version of Dunton. “We’re not trying to be a museum,” maintains Henkel. “We’re a place where people eat good food off real plates, and there’s real art on the walls and lots of comforts.”

Nonetheless, certain museum pieces do decorate the place. Take the antique lasso dating to the early 20th century and the copper tub from Dunton’s otherwise-destroyed brothel. They feature in contrast to eclectic design touches ranging from an original Rajasthani wedding bed, bought by the owners at auction, to film memorabilia from old Westerns.

Not to mention the rainforest showers and heated floors.

It’s an aesthetic that’s in high demand, to the point that an additional property had to be added. Dunton River Camp — nearby, but outside the city limits — provides something like Dunton’s take on glamping, with eight huge tents with king beds and en-suite bathrooms. A restored farmhouse comes from the same epoch as the town, and features that same characteristic, careful restoration.

At both the River Camp and the Hot Springs, if you had to sum up Dunton’s ethos, you could call it a casual fidelity to history, mixed with luxuries befitting one of the finest resorts in America. In other words, completely original.

In an anecdote that seems to typify the place, Rossi tells Tablet about one visitor to Dunton Hot Springs, an elderly man who knew the place way back when — long before the renovations. When asked how the estate compared to the town he remembered, he surveyed it from the outside and replied, “Looks about the same.”

Then they made their way inside a cabin. 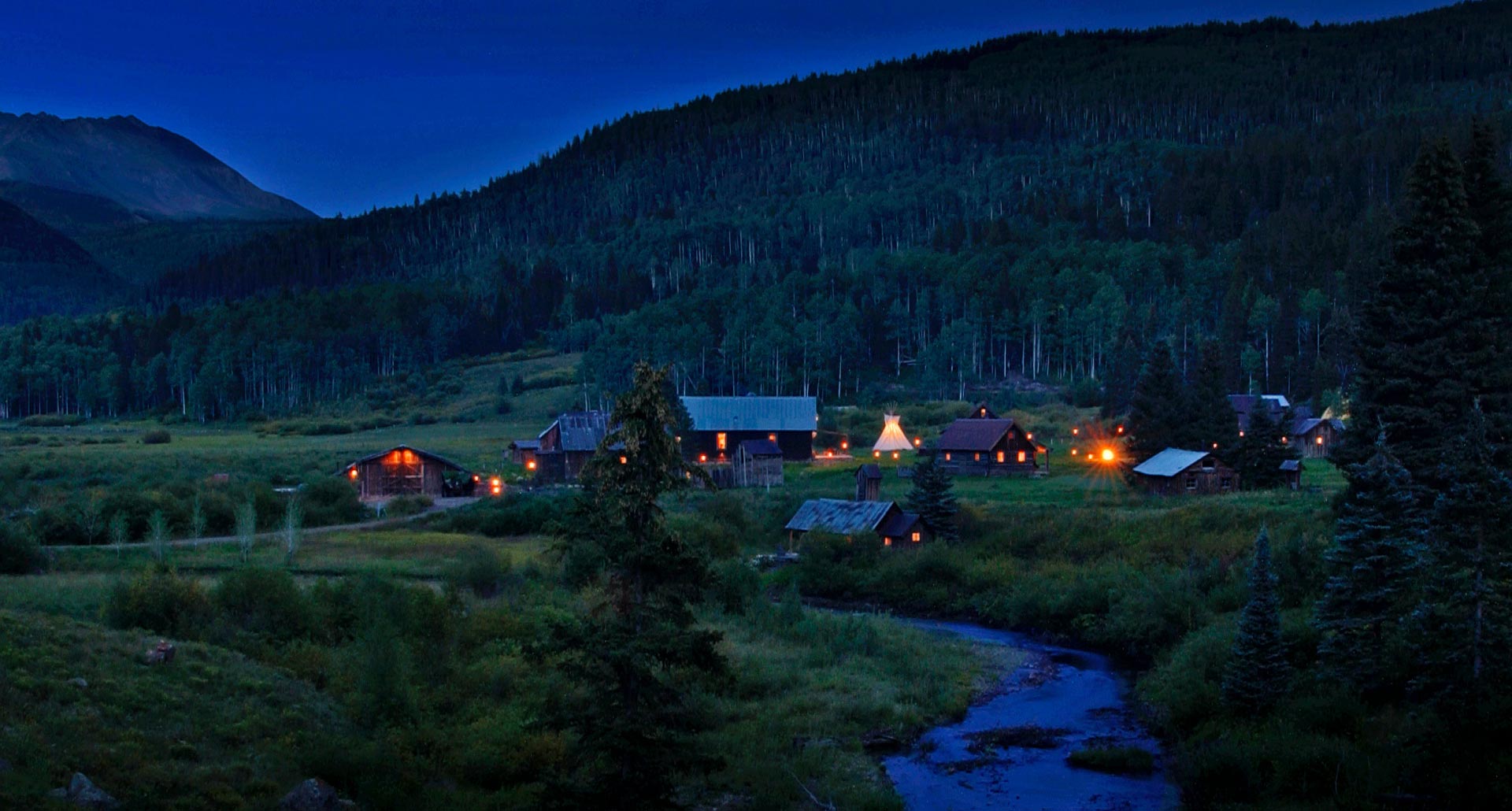