Throughout 2019 we’ll be introducing selections of unique attractions to consider visiting on your next big trip. Volume 1 explores destinations that are worth seeking out in New Mexico, Australia, Chile, and Zimbabwe. Go and do likewise. 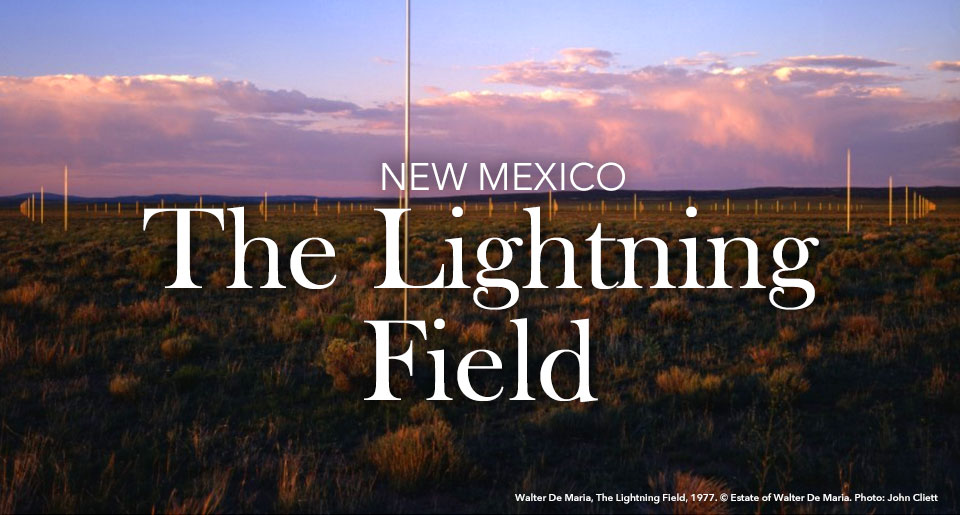 What is The Lightning Field? The less we say, perhaps, the better, because like most great works of art the experience of The Lightning Field is so subtle, yet so moving, as to be virtually indescribable. First, the facts, straight from the Dia Art Foundation: “The Lightning Field (1977), by the American sculptor Walter De Maria, is a work of Land Art situated in a remote area of the high desert of western New Mexico. It is comprised of 400 polished stainless steel poles installed in a grid array measuring one mile by one kilometer.”

So again, what is The Lightning Field? You’ll have to go to truly find out. One small group per day is permitted to view the installation, and the visit requires spending the night in a perfectly-appointed, almost Tablet-worthy cabin located on the property. The extended period of time you spend in contact with the work allows you to experience it as it reacts to the changing light and takes on different meaning throughout the day — with sunset and sunrise being the most impressive. This part of New Mexico is known for its frequent lightning, which will interact with the poles in spectacular ways — but even if it doesn’t strike while you’re there, you won’t be prevented from feeling the full power and weight of the work.

Important note: applying to visit Lightning Field occurs once per year, on February 1, and open spots sell out quick.

Fortunately, you’re not far from a couple of fantastic cities worth spending some time in before and after your visit to The Lightning Field. Albuquerque is likely where you’ll fly in, and you should absolutely go out of your way to spend at least one night at Los Poblanos, an impossibly charming working farm and hotel in a rural area of town. You’ll also be close to historic Santa Fe and the centrally located Rosewood Inn of the Anasazi. The inn is just off the main square and used to be the town jail. It’s also a terrific example of Santa Fe’s particular brand of Pueblo-Spanish style architecture.

Australia’s most famous land-based natural wonder is a big red rock called Uluru. It’s staggering. Formed nearly in concurrence with the continent itself, the iconic red comes from rusting minerals in the rock, although the color famously wavers as the sun rises and sets. The Larapinta Trail winds elsewhere around the region, for the hardcore campers and trekkers, but the Uluru-Kata Tjuta National Park might suffice for those looking to fill a quota of spectacular geography and talkative wildlife. Hikes, tours, and visits to the other red rock landmark in the outback, Kata Tjuta, are musts when you’re here.

Although when we say hike, we don’t mean the rock itself. 2019 is the first year that actually climbing Uluru will finally be banned, as it’s long been considered both disrespectful to the tradition of the Anangu people for whom the rock is a religious monument and destructive to a site sometimes soiled by human waste. So yes. It’s better this way.

Longitude 131 is the place. Named as it is for the exact coordinates of Uluru, you can expect that your guides will take care of your encounter with the main attraction, and you can also opt for a personalized itinerary for a range of park attractions. And as Bruce Munro’s dazzling Field of Light art installation is here until 2020, it’s certainly worth extra consideration. 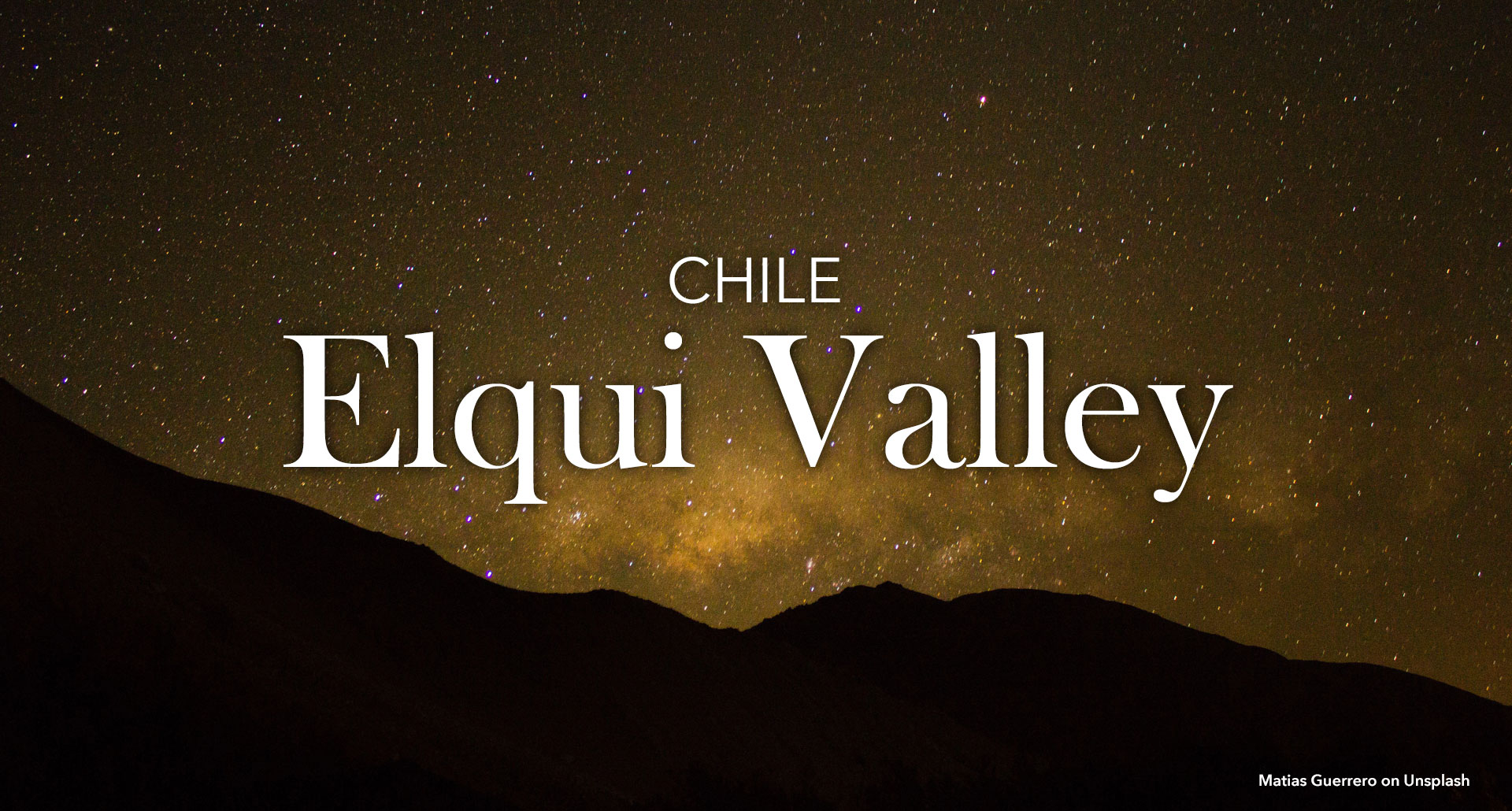 Geography is everything in the Elqui Valley, where the Andes Mountains, the Atacama Desert, and a dearth of light pollution collude to foster panoramic night skies. It’s a fact astronomers started to take advantage of in the 1960s, and one the travel industry didn’t take long to harness, either. Major data-collecting telescopes are here — and you can check them out — but so too are the amateur-friendly ones at places like Observatorio Mamalluca, one of the most lauded spots for astrotourists looking to drool over the clear night sky. In a town already known for attracting travelers with their heads in the stars, the total solar eclipse passing by on July 2, 2019 is a comic coincidence.

But eclipse chasers will find another attraction here, too: the vast and abundant pisco distilleries and vineyards. A kind of brandy, pisco is beloved in Chile and Peru and this place is one of its top producers. With all these terrestrial blessings, it’s perhaps unsurprising that the Elqui Valley also has a long history of travelers come in search of enlightenment. See if you’re more open to the spiritual vibe after a diet of alcohol and stars.

There are several small towns that make up the Elqui Valley — among them Pisco Elqui and Vicuna — but the nearest city is La Serena, an hour by plane from the capital. If you’re heading to the Elqui Valley, you’d be remiss not to try to pair it with a trip to Santiago. 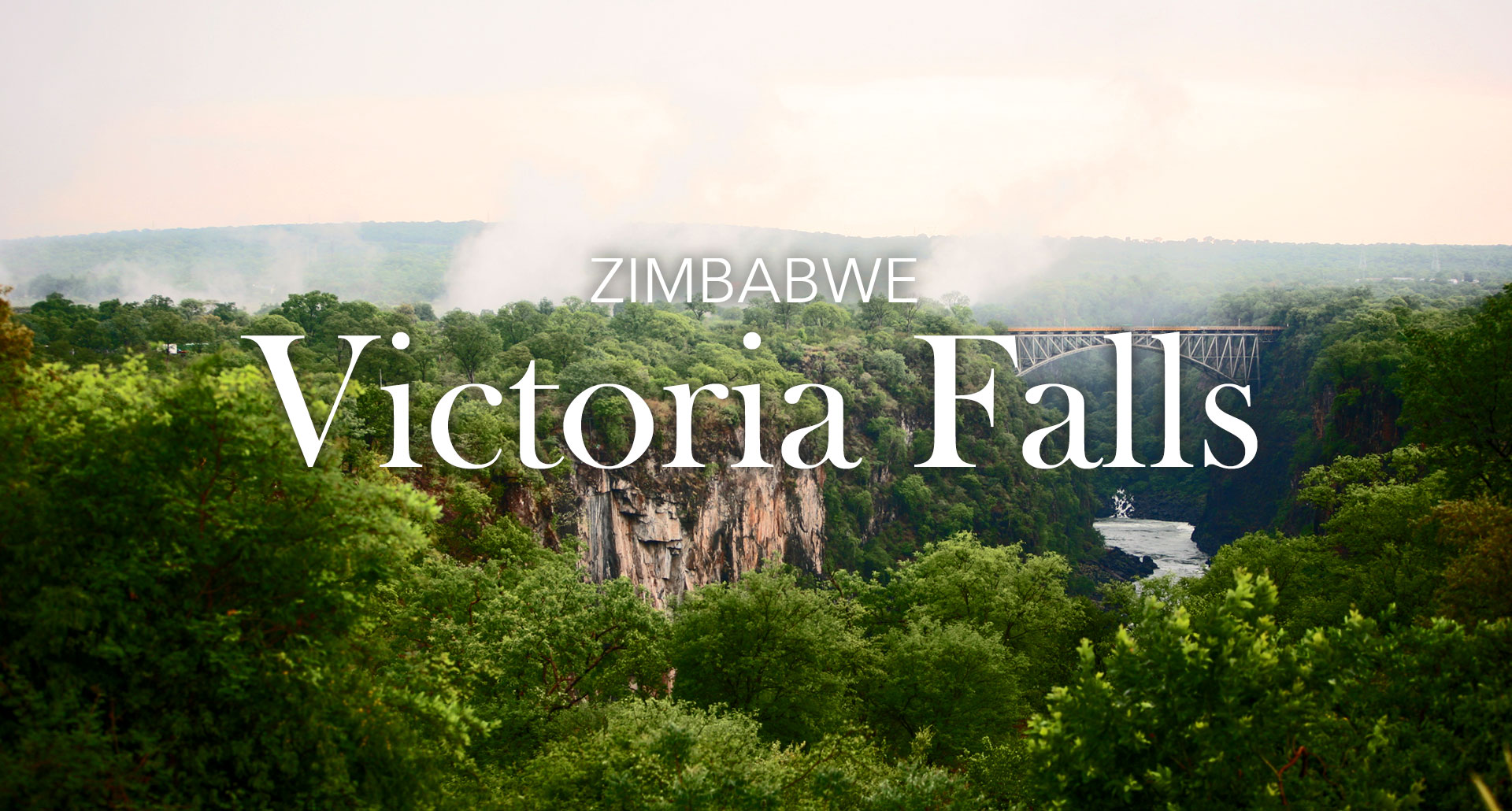 Devil’s Cataract. Danger Point. Devil’s Pool. The imagery confronts you everywhere at Victoria Falls, reflecting the hazards inherent in any enormous, rushing natural phenomenon. And while the vistas here should be more than enough, those dissatisfied with one of the largest waterfalls in the world (not the highest, or the widest, but staggering when you combine the two) use the trip here to bungee, whitewater raft, zipline, or helicopter over the falls itself.

This is one of the most fantastic places in the world, a place where spray from the falls results in a hyper-localized rainforest. Where a lunar rainbow often occurs at full moon. It’s exactly as spectacular as it sounds. And about that Devil’s Pool. That’s where you’ll take your outrageous photo of tourists lazing in the water inches before the falls go over, all thanks to a little ridge in the rock that (when water levels are favorable) keeps the current from taking you with them. Make sure you have a licensed guide.

The Victoria Falls Hotel — dating back to 1904 — is an attraction in itself here, with the terrace offering a staggering teatime setting with views of the spray… and it’s own private walk to the Falls.