Satisfied with their transformation of a historic Southern federal building into the refreshed, charming Dewberry Hotel in Charleston, the founders of Workstead design studio turned their focus to their soon-to-be self-titled work, the Workstead House.

An iconic 1853 building that takes new life as an upscale pied-à-terre, the Workstead is the latest example of Robert Highsmith and Stefanie Brechbuehler’s trailblazing style, which they refer to as “Southern Modernism.” The phrase refers to the couple’s tendency to preserve a structure’s historical character while updating its interior to fit modern conveniences and style. In the case of the Workstead House, that meant reworking the entire space, meticulously combining new furnishings of their own design with stylish antiques.

If you’re itching to stay in a lovely renovated building that still maintains its historic roots, then you’re in luck — the American South is positively littered with them. 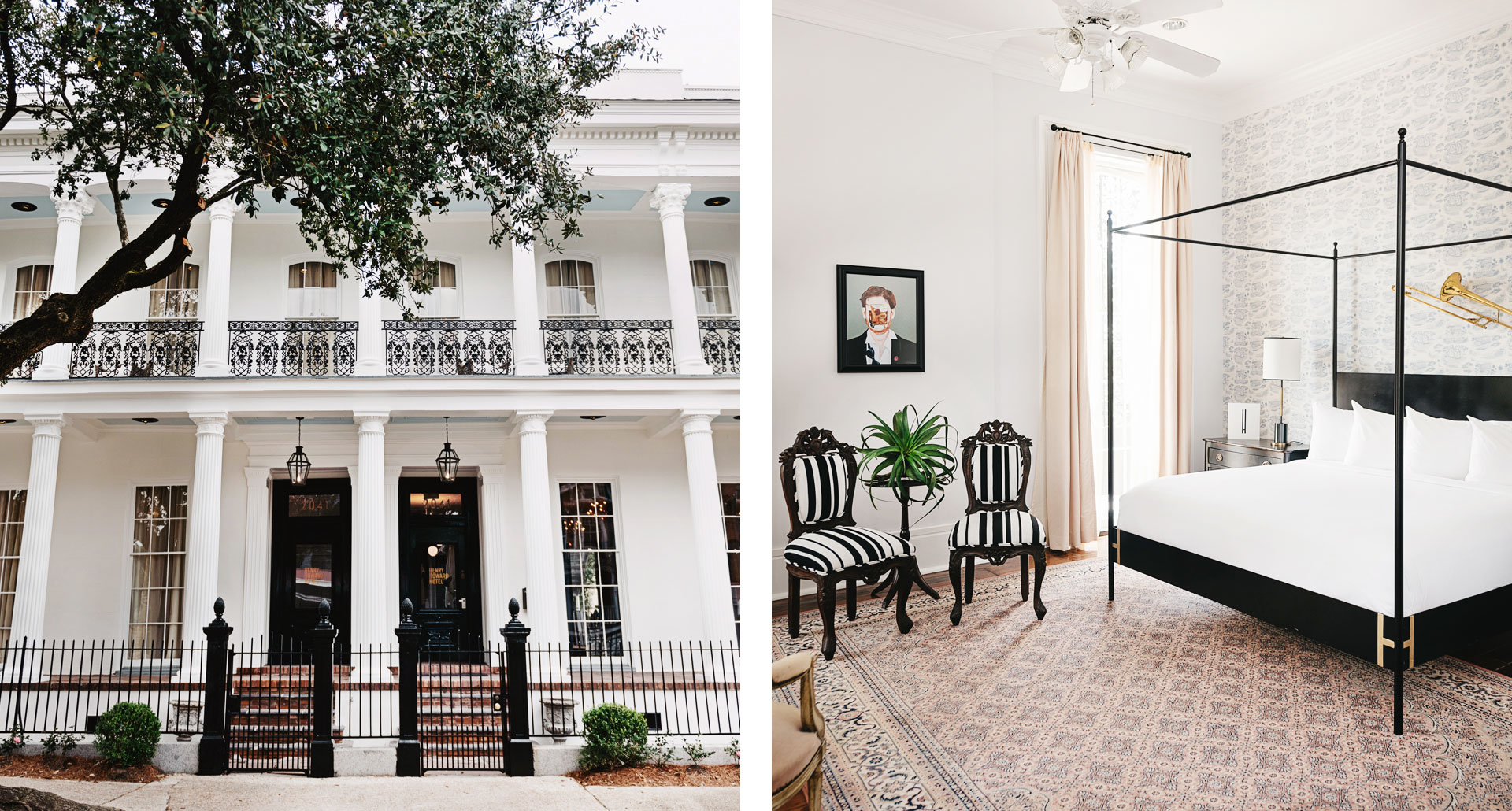 Named for the man behind much of the Garden District’s signature architecture, the Henry Howard Hotel’s exterior still retains all of its dramatic charm, from the Roman arches to the grand Corinthian columns. Nor has the interior been entirely stripped of its old-world sensibility, with twinkling chandeliers and oil paintings in heavy gilded frames still serving as decoration. But after the renovation that turned this old inn into an 18-room boutique, the antique style is balanced by a modern urban aesthetic, embodied by touches like bold wallpaper and mounted musical instruments. 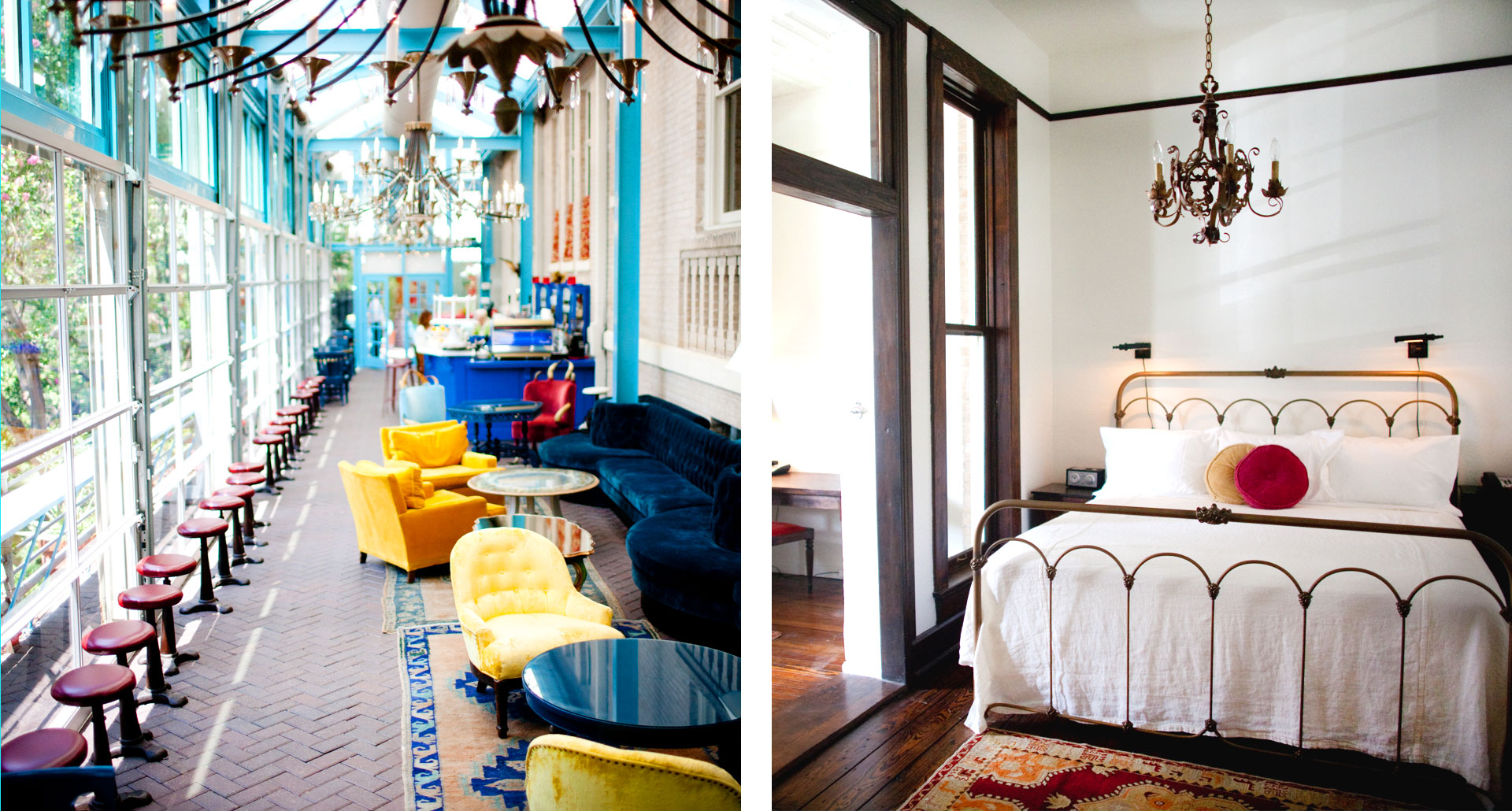 If any place demanded a sensitive renovation rather than a total redo, it was the Havana. Having stood near San Antonio’s riverwalk for nearly a century, this landmark was updated by Liz Lambert, who put her characteristic spin on the public spaces and original furniture, making sure the historical character (and the Mediterranean Revival style) remained intact. 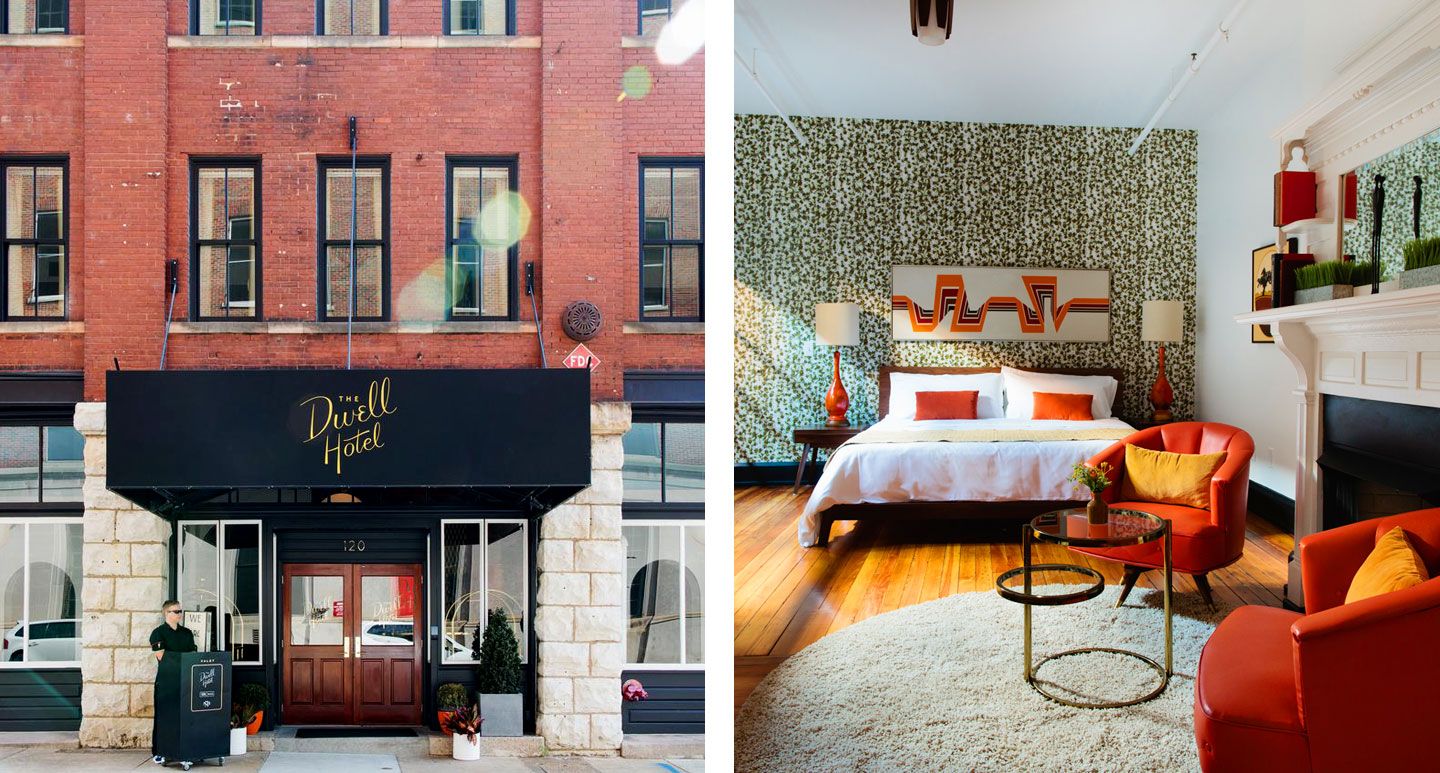 The century-old Stone Fort Inn was itself reminiscent of the original stone fort which has stood on this spot since the Civil War. After changing hands and becoming the Dwell Hotel (no relation to our esteemed partner in publishing), it boasts accommodations that are very much in the spirit of Southern modernism: retaining all the charm of the old structure while exhibiting a brand new, bold, and colorful mid-century modern design.