Often disparaged and rarely respected, the airport hotel is in dire need of an image makeover. Thankfully, some top-gun brands have come to the rescue.

Like just about everyone else in the travel industry, we’re anxiously awaiting the debut of the TWA Hotel, the crown jewel of New York City’s JFK Airport. Scheduled to open in 2019, it’s a restoration of Eero Saarinen’s landmark 1962 TWA Flight Center, whose mid-century majesty will also feature the genius of Charles Eames, Raymond Loewy, and Warren Platner. More than ever, we could use an ambitiously swoopy exercise in Jet-Age confidence, and the fact that it’s an airport hotel should put certain enduring stereotypes about the form firmly to bed.

We’re not sure when it became common knowledge that an airport hotel must necessarily disappoint, but allow us to set the record straight: if there’s any hotel genre in need of rescuing, it’s this one, and a handful of respectable brands have set about doing just that. We’re surprised it’s taken this long, frankly, as business travelers have both the need and the inclination to keep it close to the runway on last-minute, high-stakes trips. As long as the soundproofing is, well, sound, we can’t complain — it beats a red-eye any day of the week. 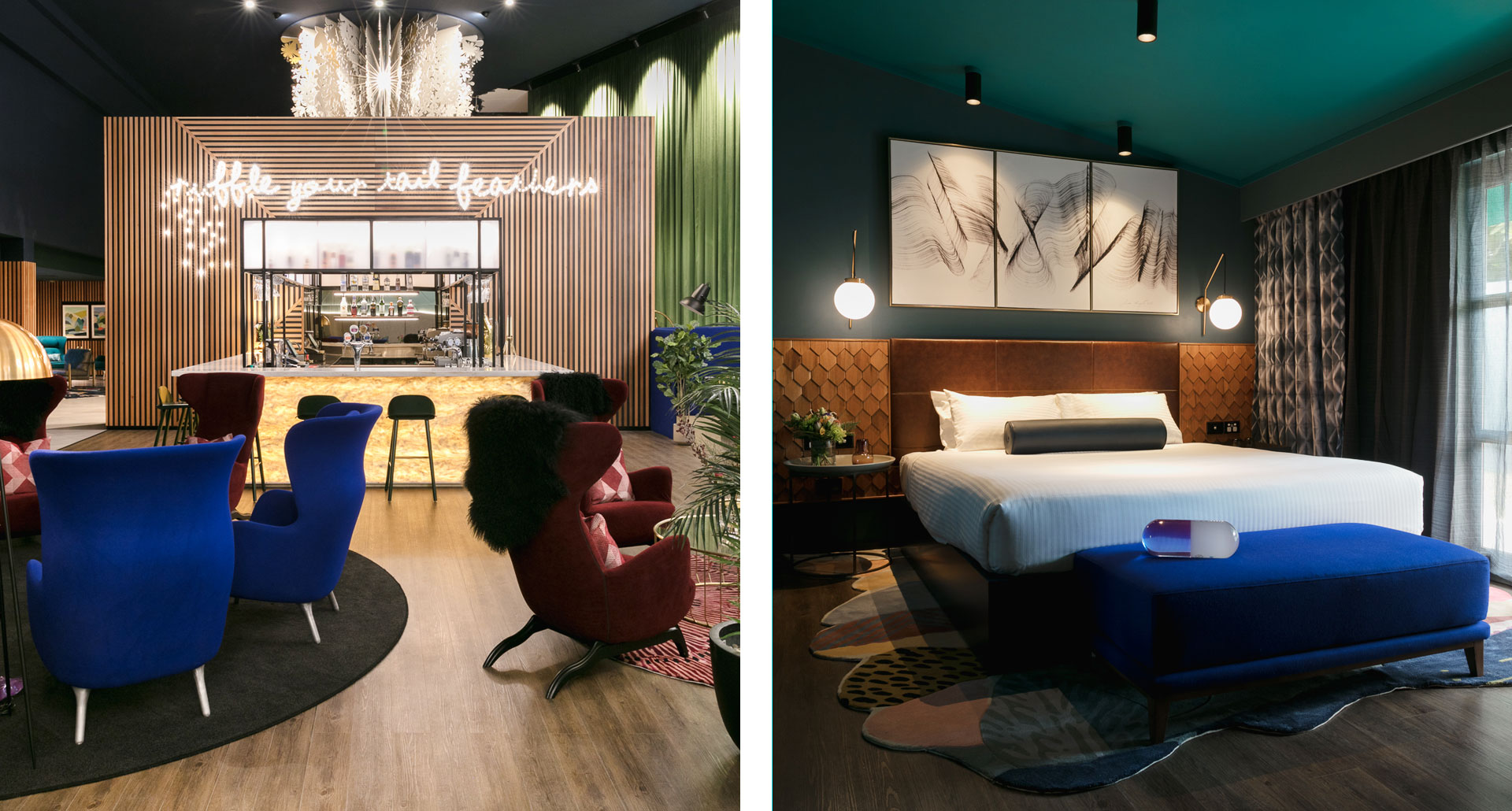 If you’re passing through Auckland, there’s a better-than-even chance you’re destined for some sort of adventure. The Naumi group has not ignored this possibility, banking on there being enough colorful characters in transit through New Zealand to fill a hotel that’s a bit colorful itself — there’s art everywhere, plus furniture and accessories from well-known international designers. 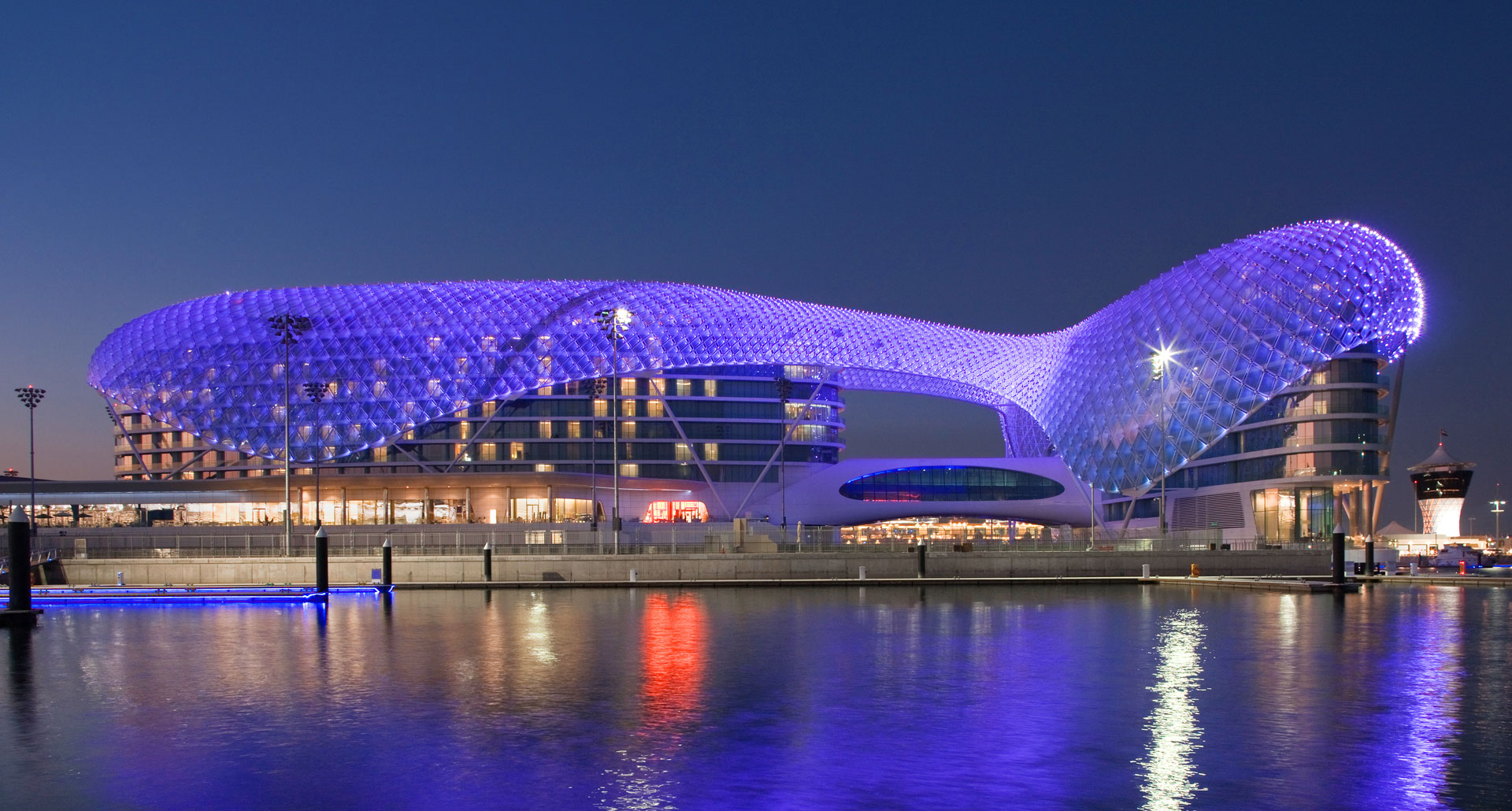 The Viceroy’s glowing, almost bionic façade should clue you in that this is no ordinary accommodation operation: glossy extravagance is the name of the game, what with a cool dozen restaurants and an elaborate on-site wellness center. Warning: you may well forget that you came here to bide your time until the next flight. 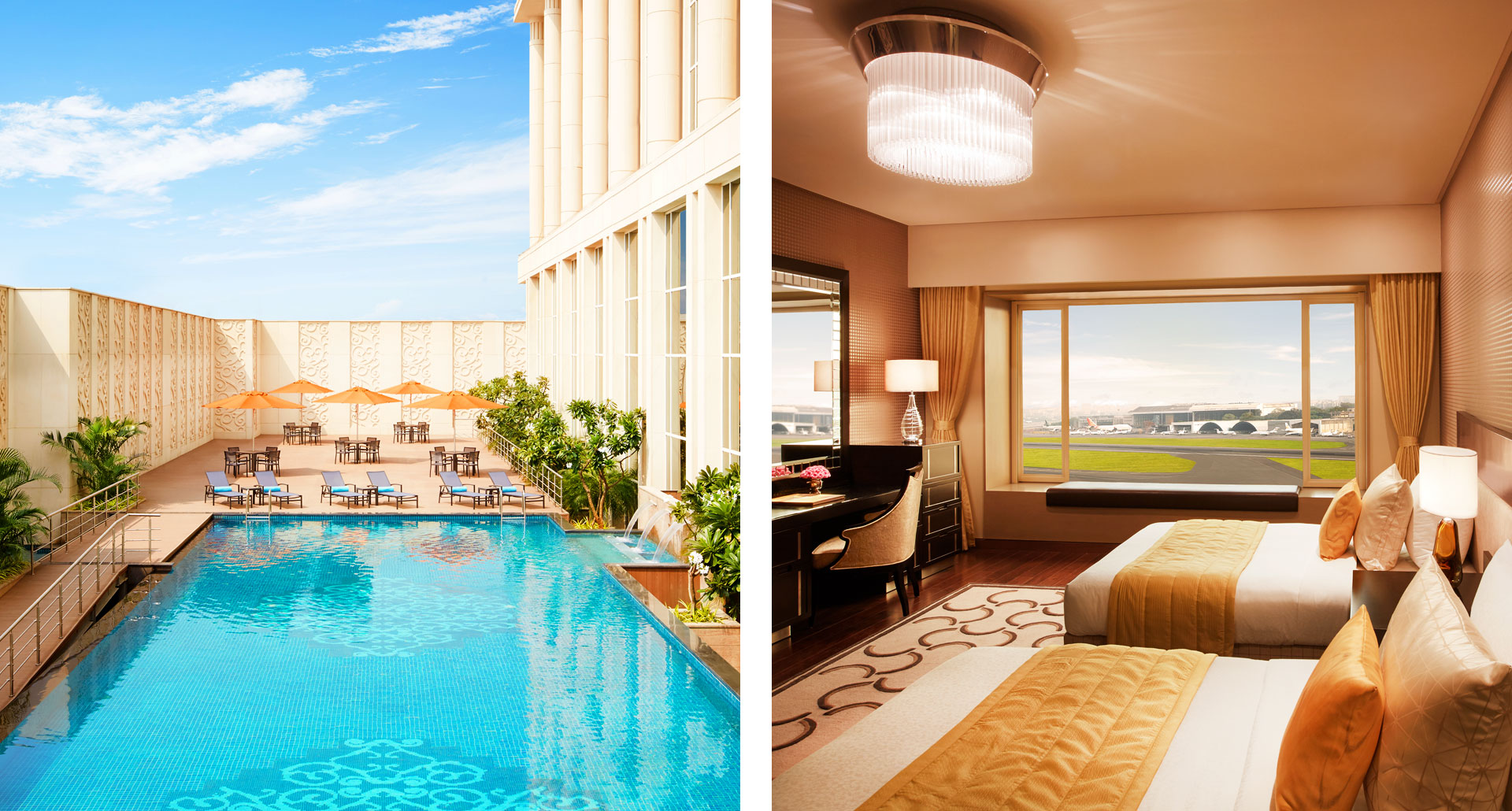 Not just one, but a pair of airports make for unrivaled convenience at this stately number from the Taj hotel group, proof that it’s possible to sustain brand integrity even in the midst of a transit hub. This iteration strikes a note of subdued elegance, wisely favoring the pursuit of deep relaxation — soaking tubs, on-site spa — over mile-a-minute stimulus. 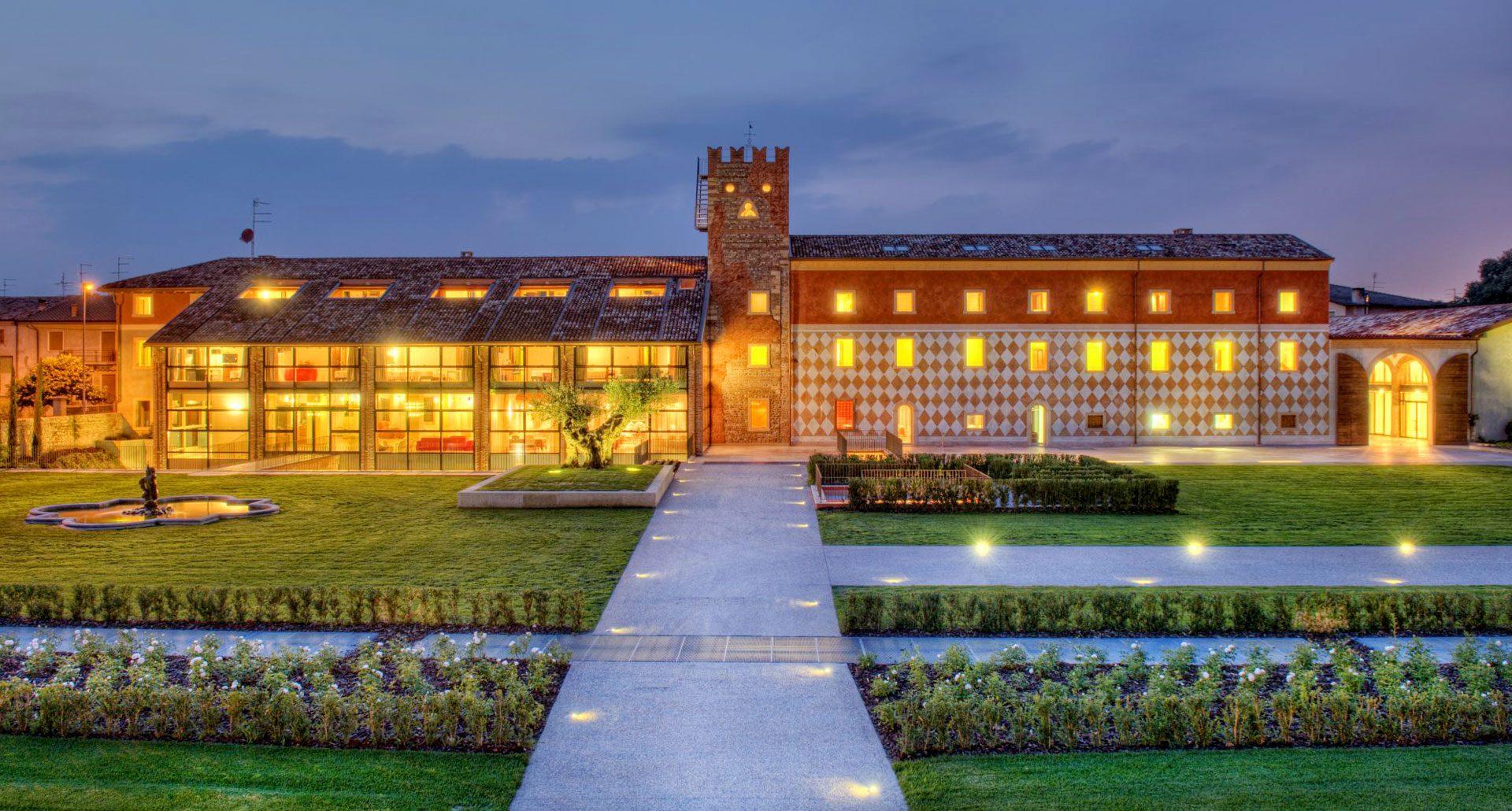 File this one under “only in Italy:” a former monastery turns boutique within walking distance of Valerio Catullo Airport, augmenting its formidable 16th-century bones with high-concept interiors and furnishings. Put simply, this is shimmering Italian style at its best, more than capable of standing on its own legs, but gracious enough to engage the contemporary jet-setter. 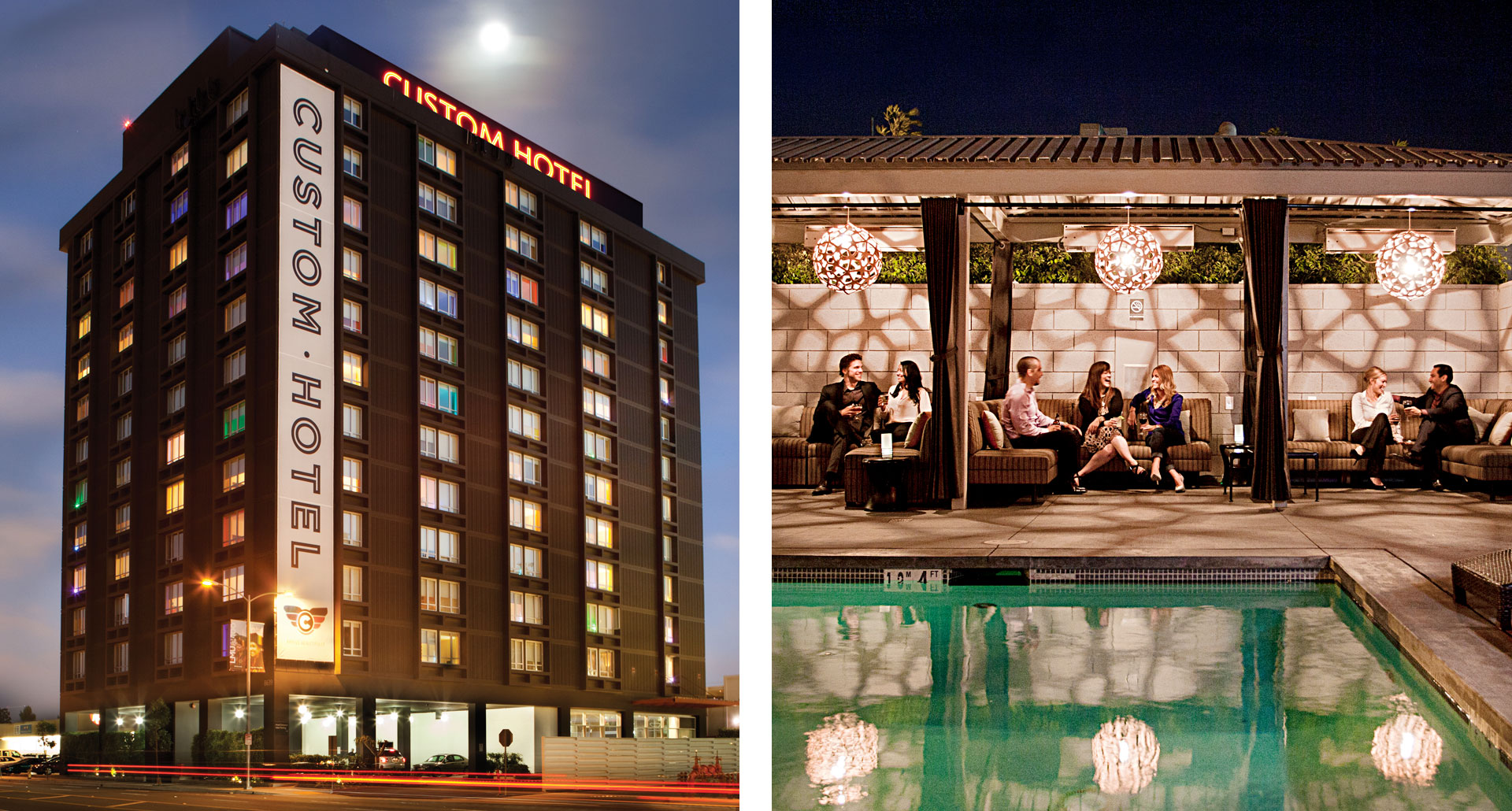 With its modernist-inspired design scheme, love of color, and congenial poolside scene, the Custom may as well be the poster child for the airport hotel done right. Add in a DJ lounge and some surprisingly great views and you have the makings of a Tablet hotel proper, with no need for the “airport” modifier. 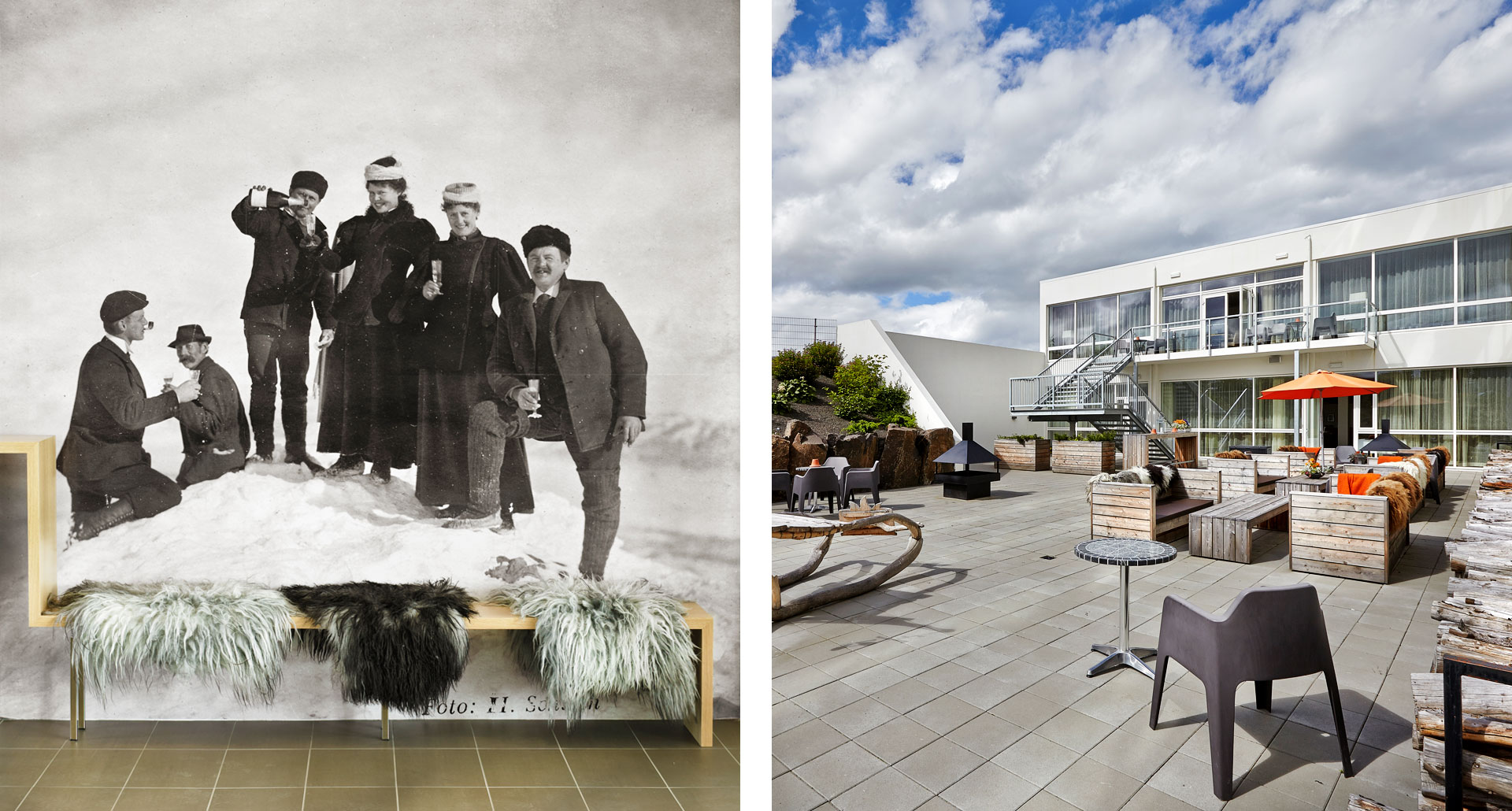 While not technically on airport grounds, Icelandair Hotel Akureyri is still plenty convenient. It’s located just a few short minutes from both Akureyri’s airport and its downtown. And yes, it’s actually owned by an airline. Icelandair is doing their part to put this town, Iceland’s so-called Capital of the North — and a fine Northern Lights viewing spot — on the global traveler’s map.

Think of this as everything airports do, but better. The “cafeteria,” for example: eight cuisines in a serene and exquisitely comfortable dining room. The rooms themselves: granite baths, high-tech everything, king-size beds. The on-site karaoke bar — actually, if you can point us towards an airport that has one of these, we’d love to see it. 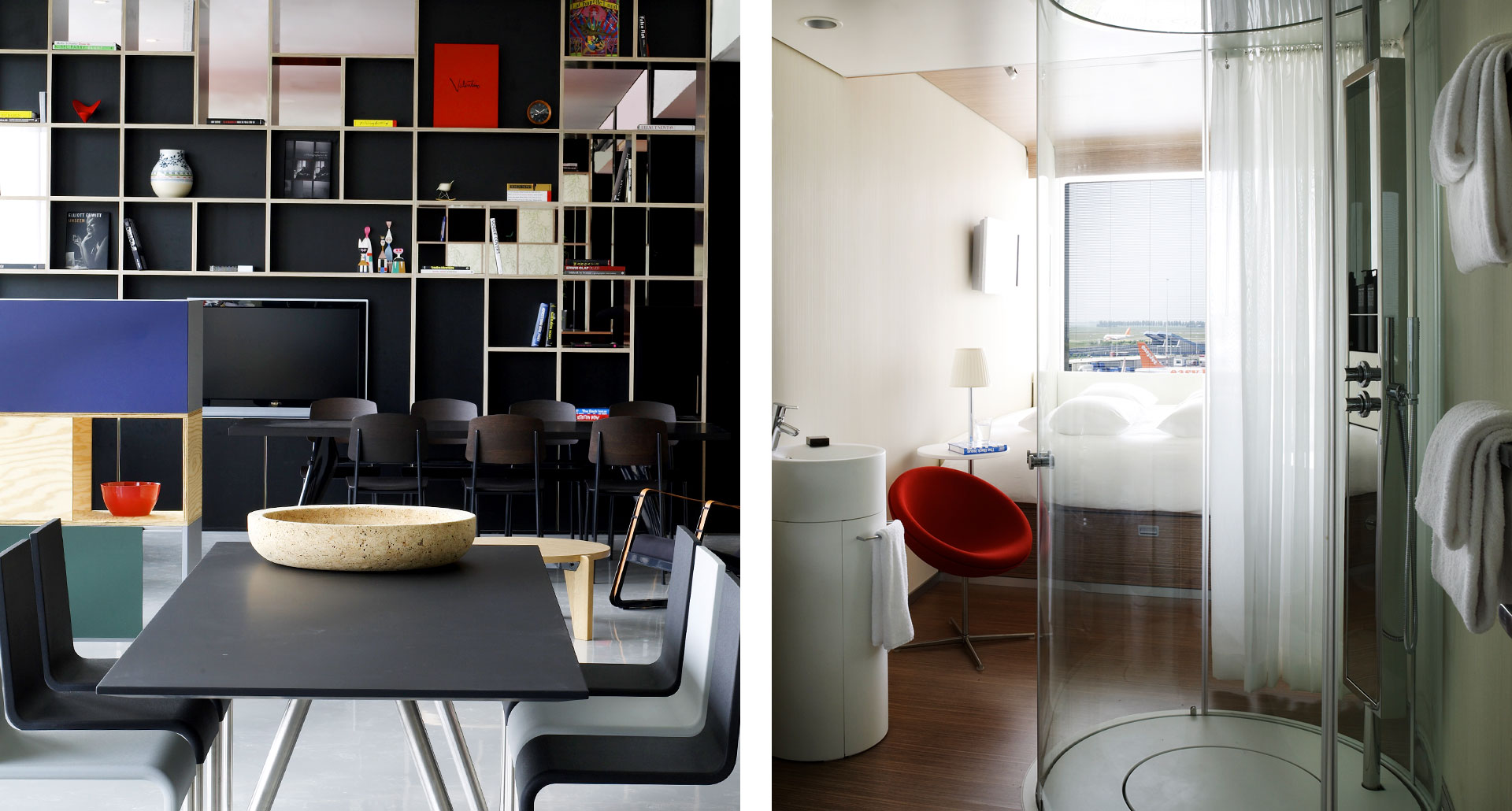 And here we have proof that high ambition and airport hotels aren’t natural enemies. CitizenM’s zesty, youthful geometry conjures a futurism we can all agree on, sexy curves blending seamlessly with clean, contemporary lines. It’s an object lesson in how to go from pre-fab to just fab. 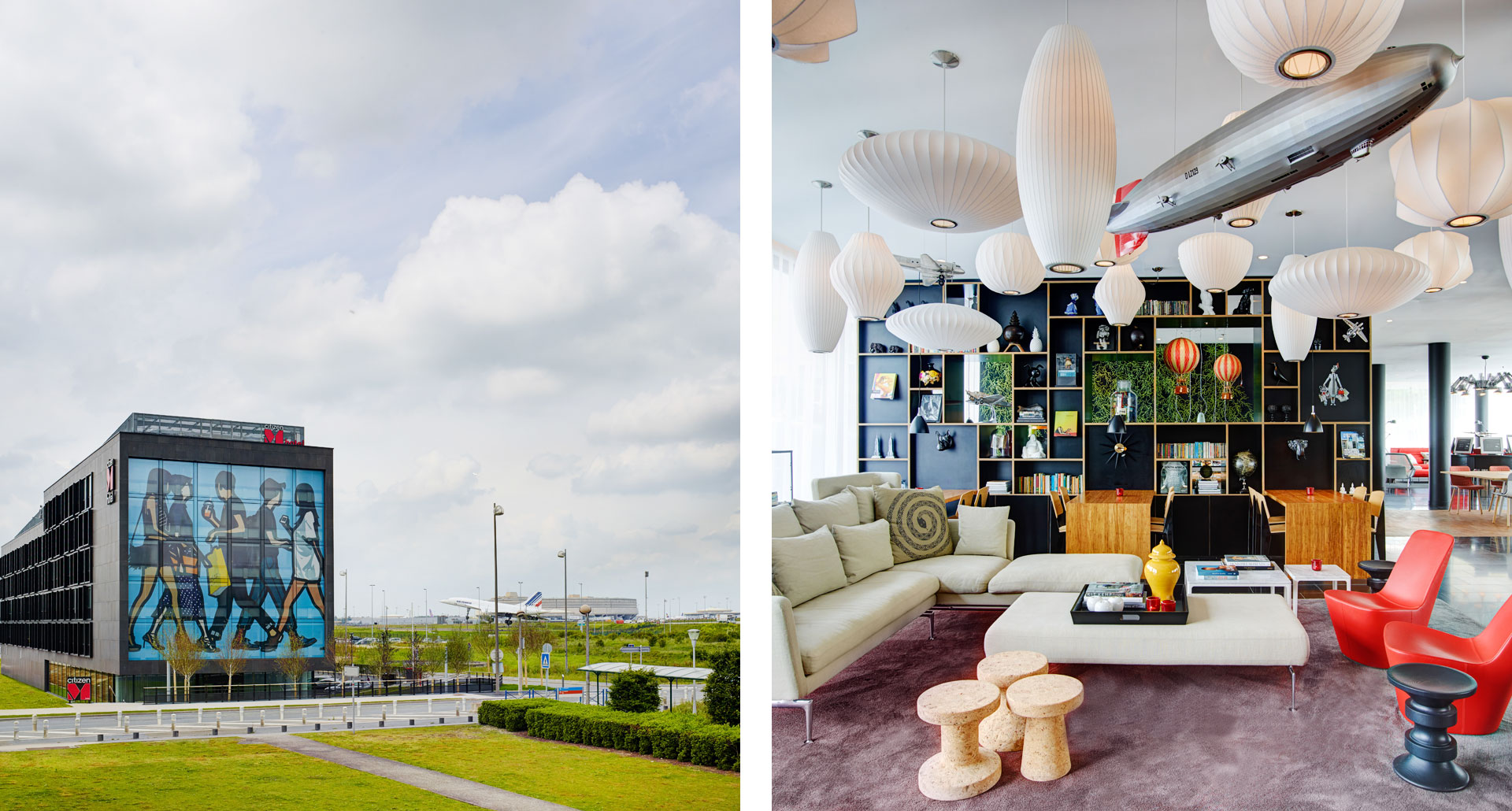 Why mess with a winning formula? CitizenM outdoes itself here, not only staking its claim near one of the world’s busiest airports, but doing so under the merciless gaze of Paris’s accomplished boutique hotels, no less. Eschewing Haussmannian pomp, they’ve instead opted for modern sizzle and a suite of self-service facilities whose quality wows us consistently. Weirdly, one could get used to this.

Perhaps more than any other airport hotel on this list, the Westin’s bold architectural design calls to mind the stylistic ambition of Saarinen’s TWA building. Its broad cantilevered form is a powerful sight, and its space-age aesthetic restores a bit of the adventure and romance of air travel’s early days. Those with more pragmatic concerns are also attended to — the hotel is located only steps from the terminal.