Adventurers have no shortage of destinations for finding their thrills, but nowhere collects so much dramatic variety in one place as New Zealand.

Would-be adventurers have no shortage of destinations for finding their thrills, from Hawaii to Patagonia to the Alps. But there might be nowhere that collects so much variety in one place as the pair of islands that are New Zealand. With craggy peaks and rolling hills, dramatic seascapes and quaint mountain towns — and even a bit of all-important city life — the “Long Bright World” has got it all, including some very special hotels.

The Lodge at Kauri Cliffs 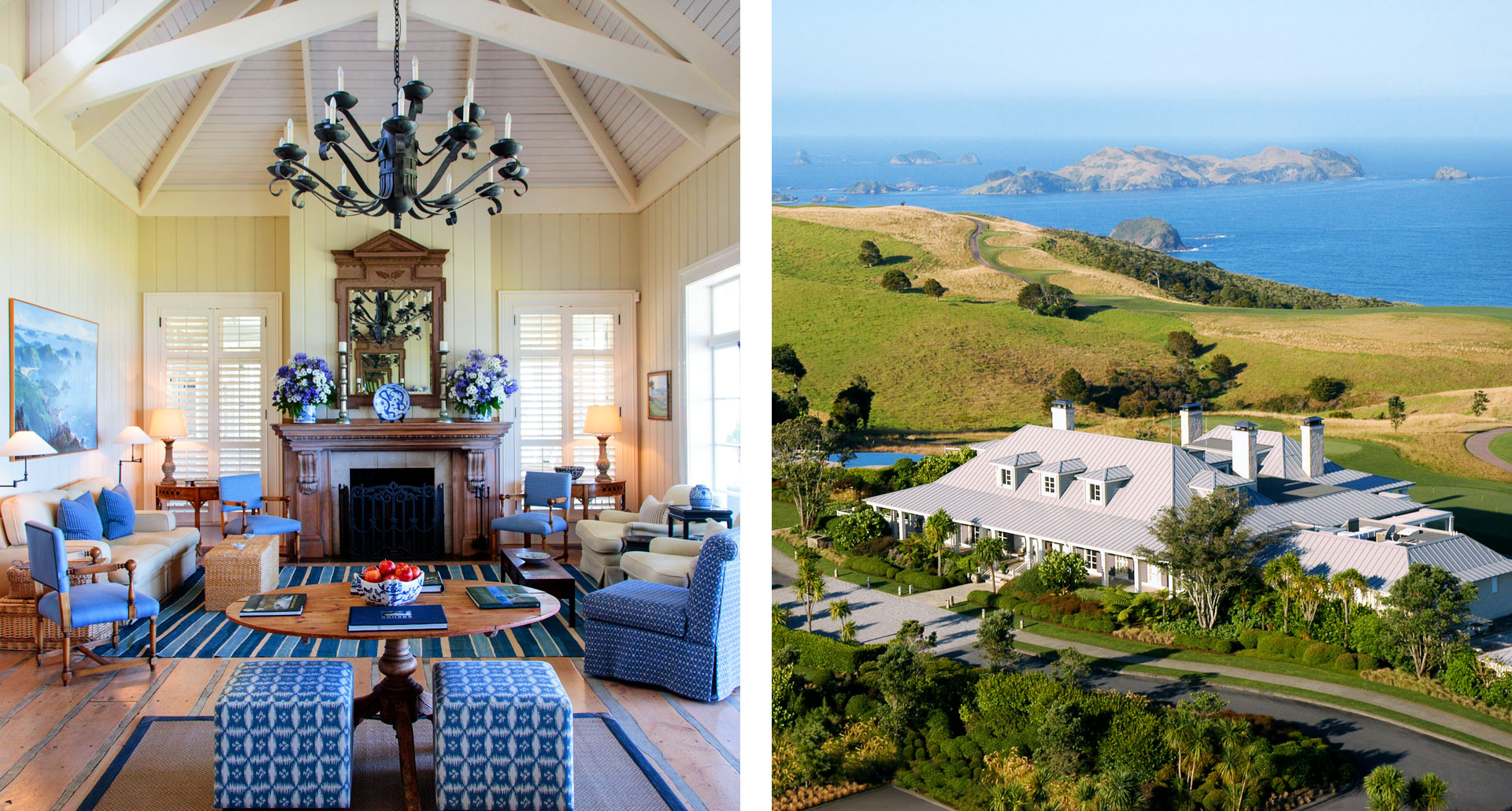 Nearly as northerly as you can get in New Zealand, even for North Island, this lodge is a greatest-hits montage of the country’s natural plenitude: 4,000 acres of rolling farmland, a cliffside vista of the Pacific, a spectacular golf course thoroughly integrated with the landscape. Fear not once the light fails, as each suite comes with a working gas fireplace to warm and illuminate the evening. 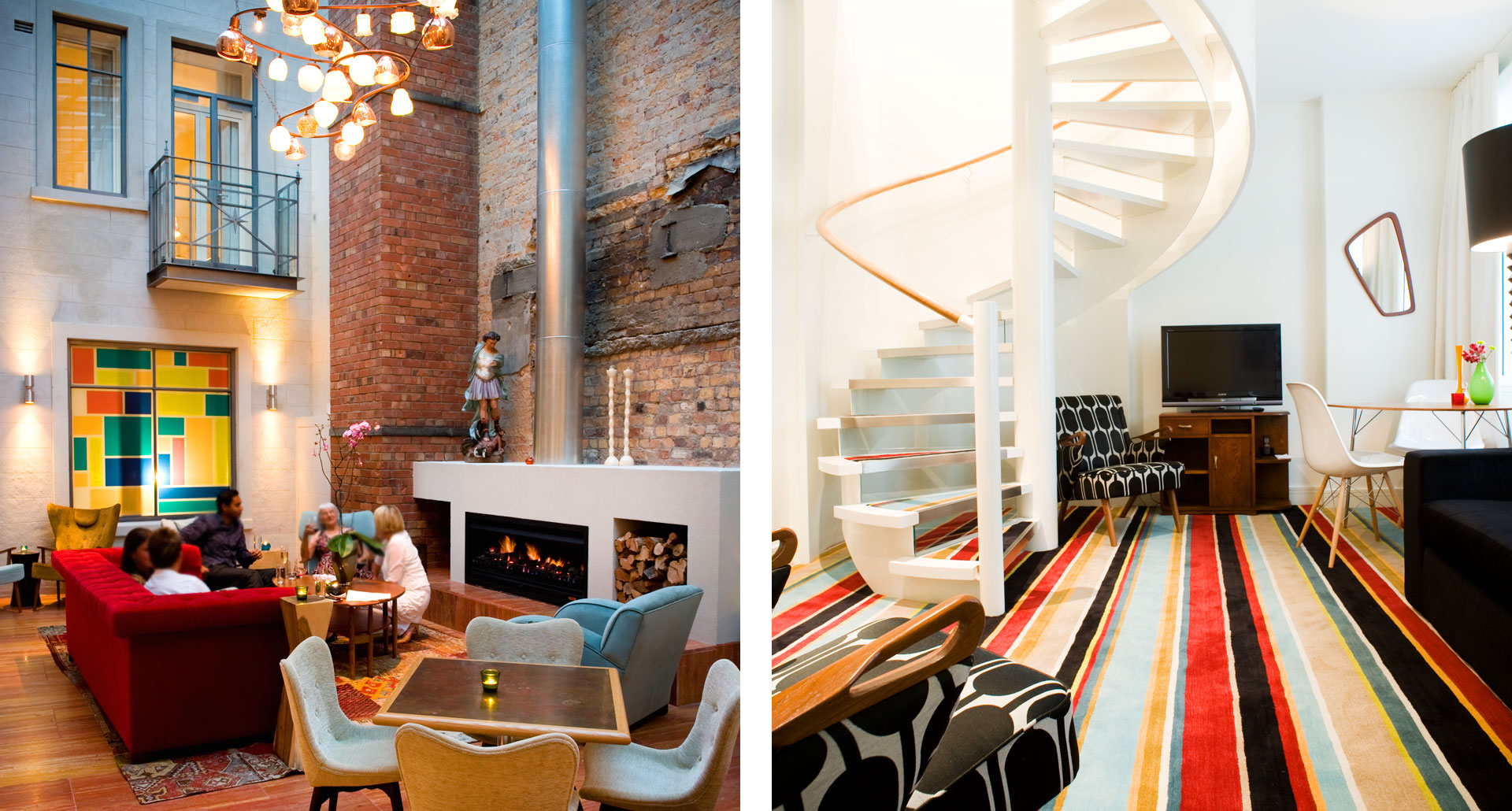 Auckland has come into its cosmopolitan own, thankfully in tandem with, instead of in opposition to, its historic city center. Hotel DeBrett’s colorful eclecticism is a testament to the blend, showcasing the building’s Art Deco bones, veering into mid-century design with swoopy furnishings, and experimenting with the quality of light in the grand atrium. It may be a lot to take in, but we have a feeling you’ll end up taken with it.

The Farm at Cape Kidnappers 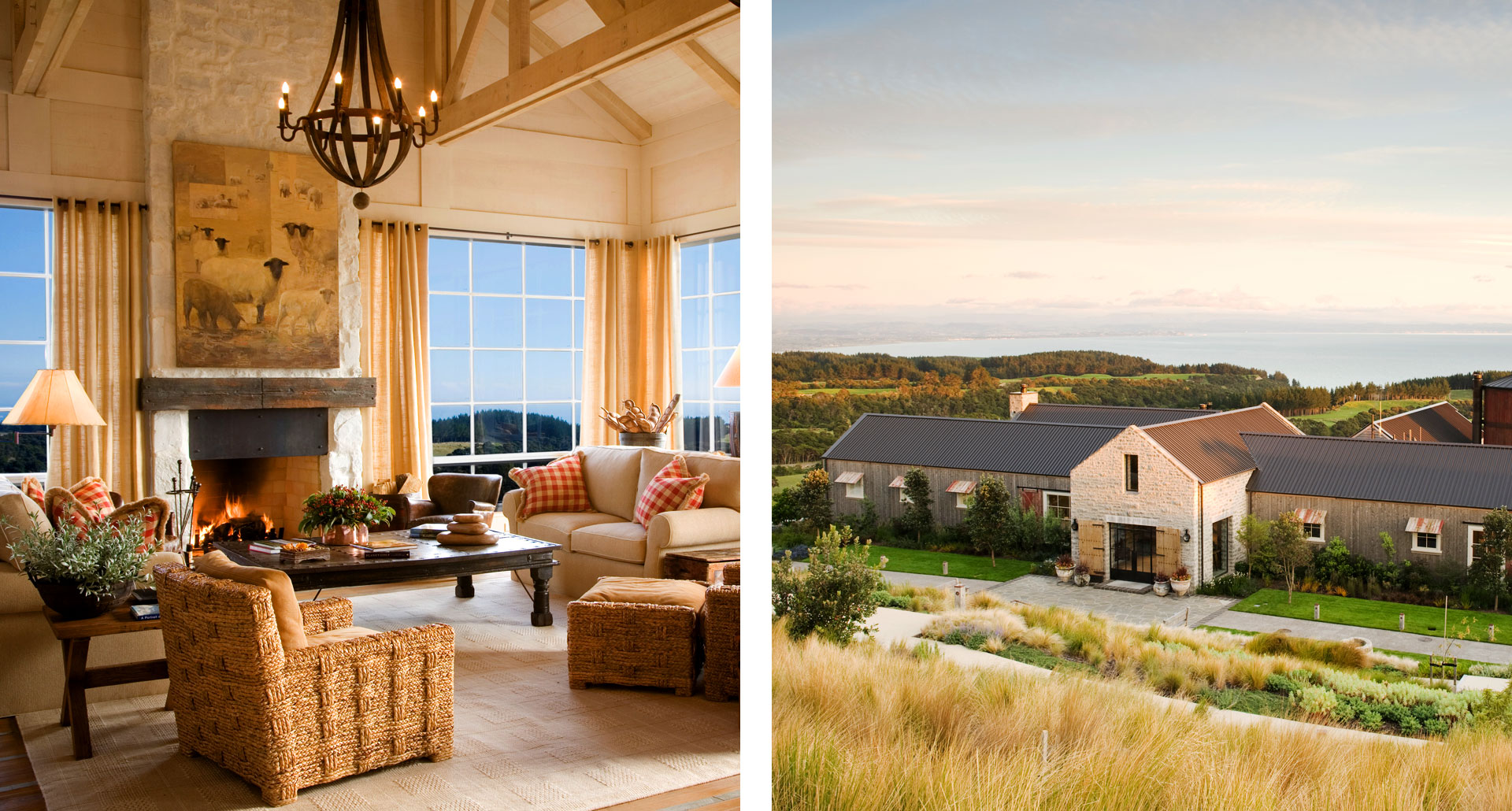 Farm, indeed: this delightfully named all-suite operation doubles as a working sheep ranch. That implies a certain functionality, but also a certain plushness throughout the roomy interiors, plus a refined table half of the farm-to-table equation. It’s a delight to behold, and that’s before you even turn your gaze on the majesty of Hawke’s Bay. 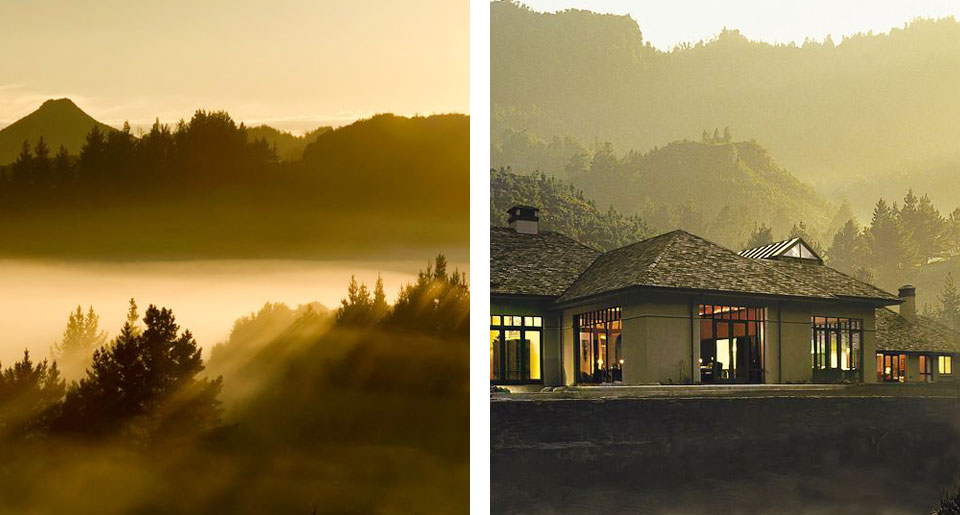 Here we enter into North Island’s mythic interior, a wonderland of old-growth forests and fog-shrouded, pristine lakes. Outdoorsy folks should be right at home — among the many open-air activities, this is a Mecca for trout fishing — and there’s undeniable comfort in coming back to the Great Room’s handsome glow. 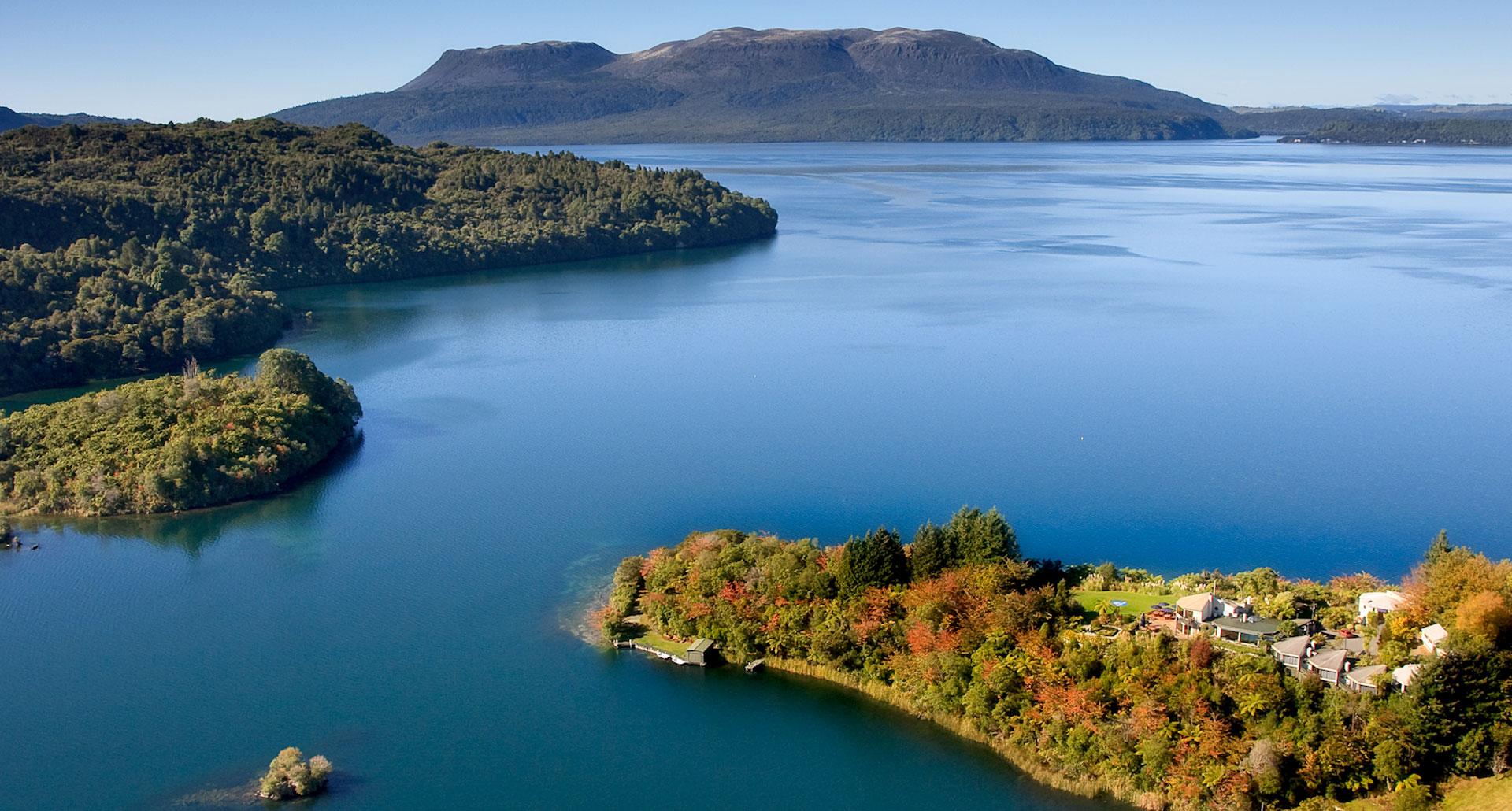 As homegrown traditions go, New Zealand’s luxe lodges sit near the top of our list. They’re such perfect expressions of local character, ideally positioned to take in the landscape’s astonishing breadth in blessed solitude. That’s clearly the point, given Solitaire’s name and location atop an exceedingly private spit of land with refreshingly direct access to Lake Tarawera.

Bay of Many Coves 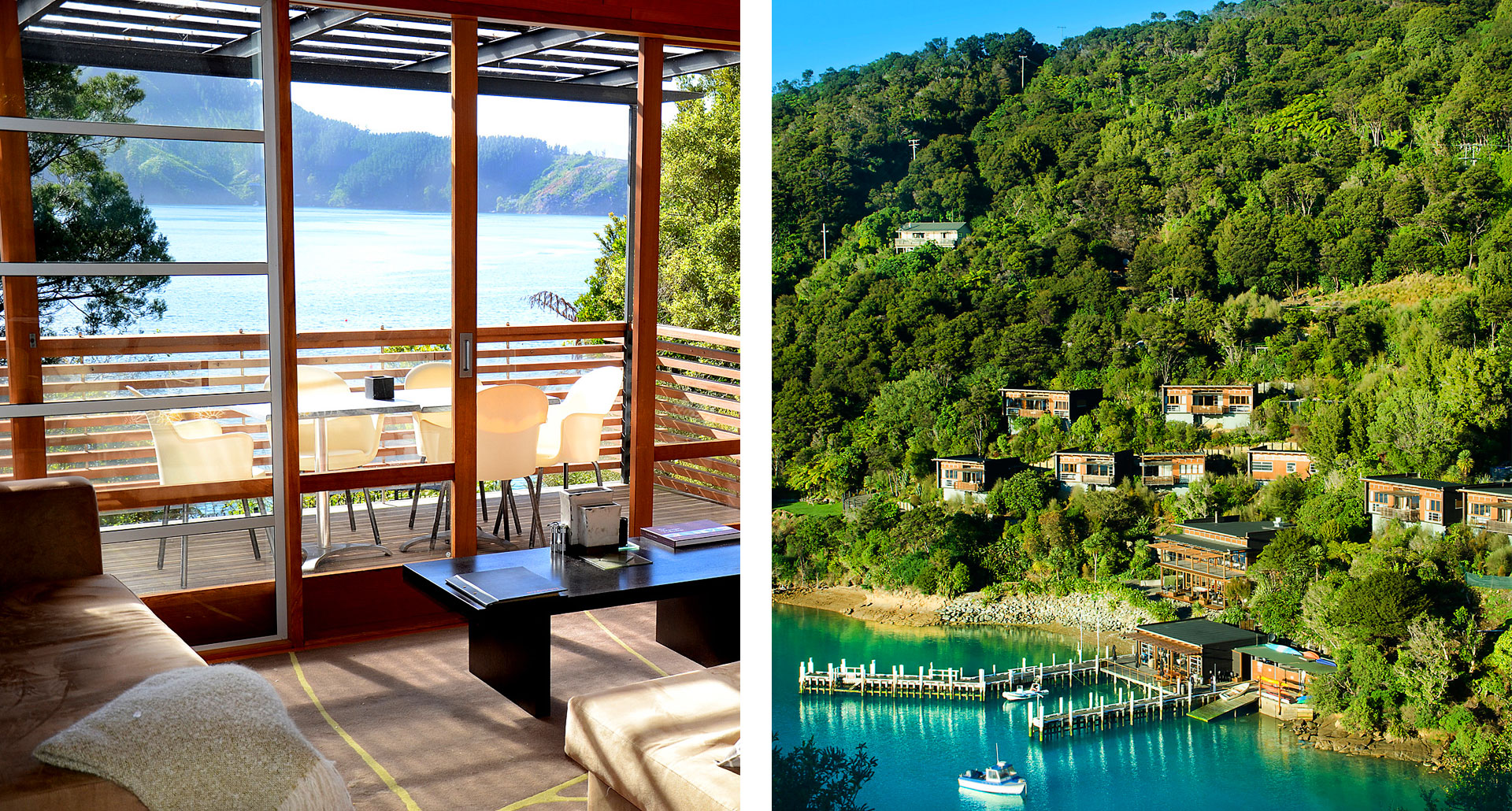 To clear up some confusion: this hotel borrows its name from the actual bay nearby, which you’ll doubtless enjoy to your heart’s content, as there are zero neighbors to speak of. In many ways, that’s its greatest strength, permitting a leisurely and freewheeling survey of the region in whichever manner suits you best. Stroll and take in the glow worms, appreciate the view from the cedar hot tub, or take matters into your own hands from behind the wheel of one of their golf carts. 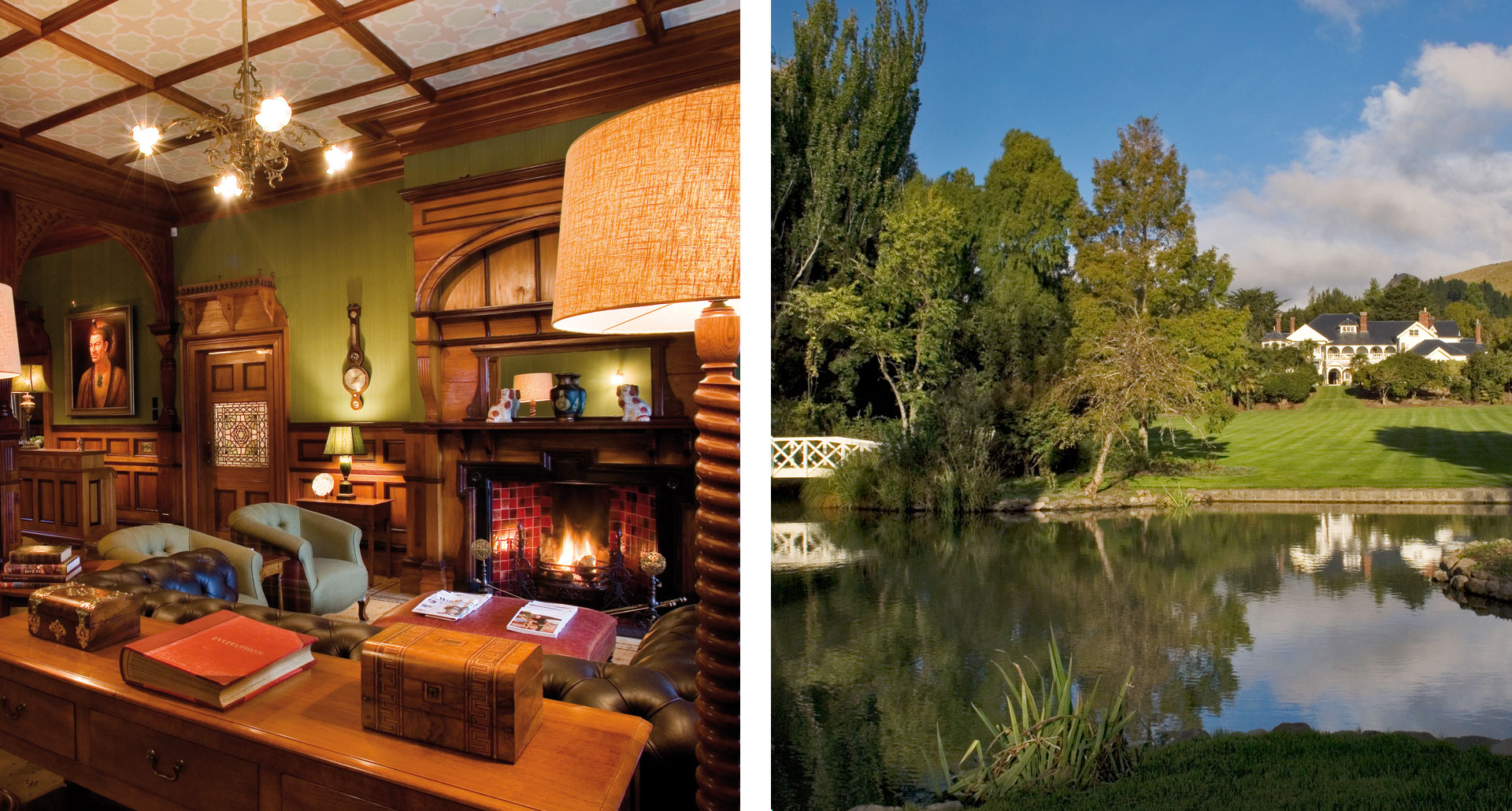 As lodges go, few can compete with Otahuna’s Queen Anne refinement just south of Christchurch, the very picture of lackadaisical 19th-century country living. These are grounds in the manorial sense, and at just seven rooms, the facilities take on halcyon, princely airs in short order. You’ll be right at home, old chap. 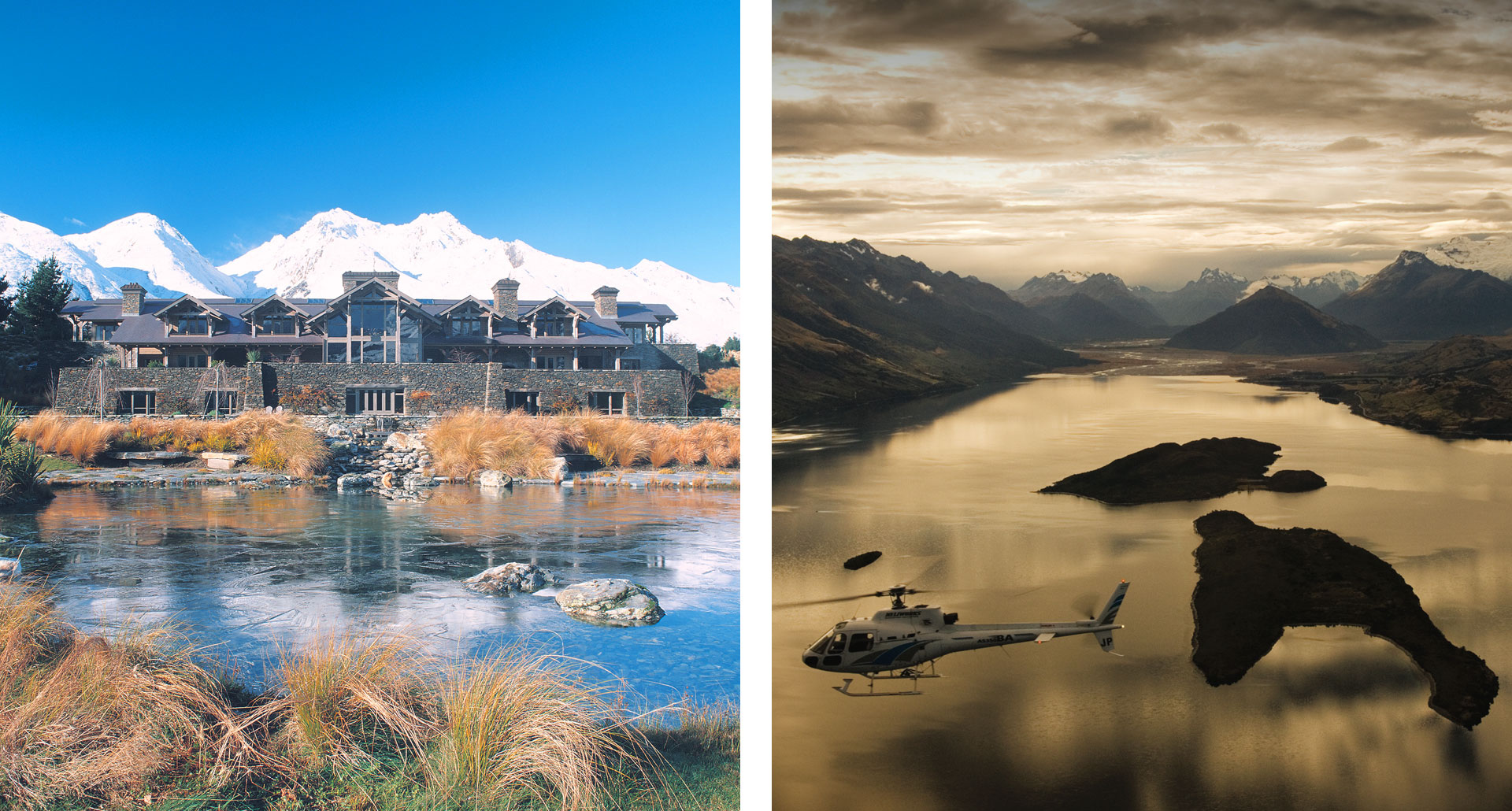 Consciously evoking the rustic splendor of the American West, Blanket Bay absolutely exemplifies the grand-lodge idiom on the extreme northern tip of Lake Wakatipu. With the craggy Humboldts on one side and the lake’s unspoiled expanse on the other, this lodge’s location couldn’t be more appropriate for the do-it-all adventure traveler. Take your meals — and your celebratory wines — on the outdoor terrace and snap an album’s worth of mental photographs. Or, discreetly, actual photographs. 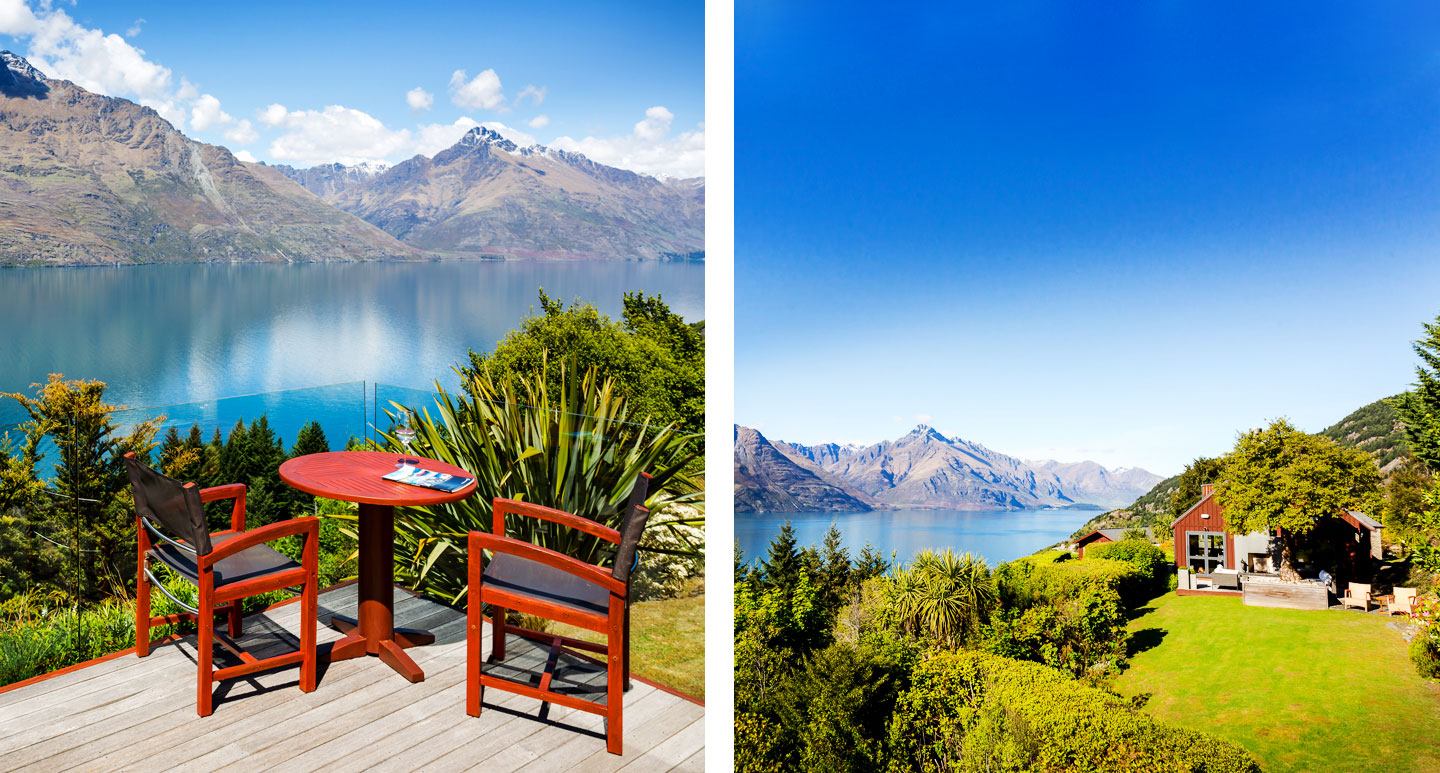 Admirably fulfilling the “Queenstown quotient,” Azur meets that sophistication with just enough remoteness to feel like you’ve stumbled upon the country’s wild natural heart all by yourself. The villas are almost completely self-sustaining, taking a clean and contemporary backseat to the symphony of slopes and waves just outside. We’ll take scenic over scene any day of the week; multiple days, now that we think of it.

The Lodge at Tikana 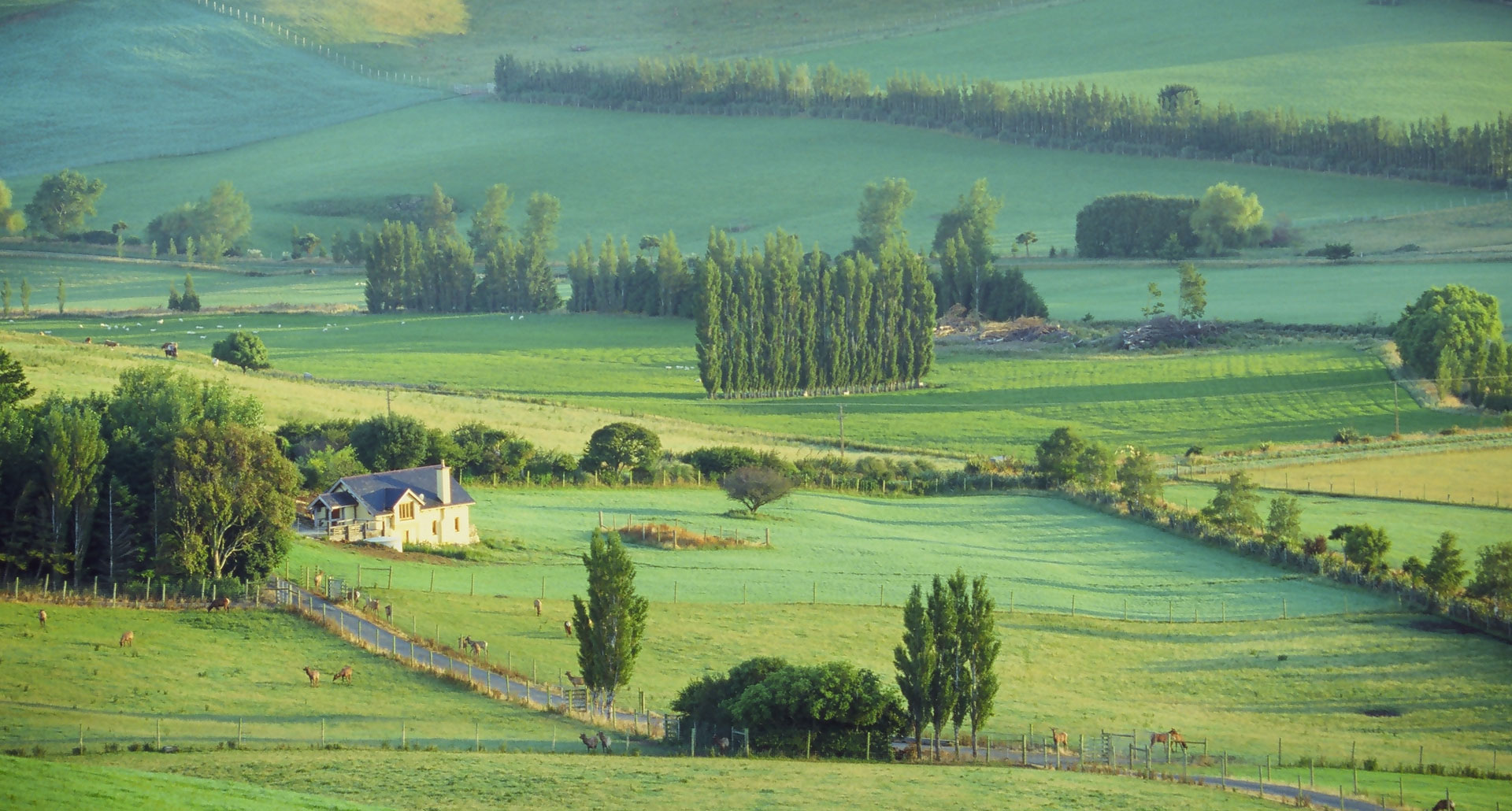 In the spirit of a balanced perspective, this one-suite lodge situates you (and just you) far, far to the south of South Island, a supremely appointed farmhouse experience not far from the Tuscan ideal in terms of gentle hills and agricultural potential. The preferred rural hideaway for the frustrated novelist or misunderstood playwright.