Nothing against beaches, but some of us associate summer with fresher water altogether. So go jump in a lake, and do it from one of these hotels.

Be it the quality of the fish, the remoteness of the locale, or the solitude, a day at the lake commands an appeal entirely its own. More of a picnic than a beach umbrella, as it were. So go jump in a lake, and do it from one of these eleven lakefront lookers. 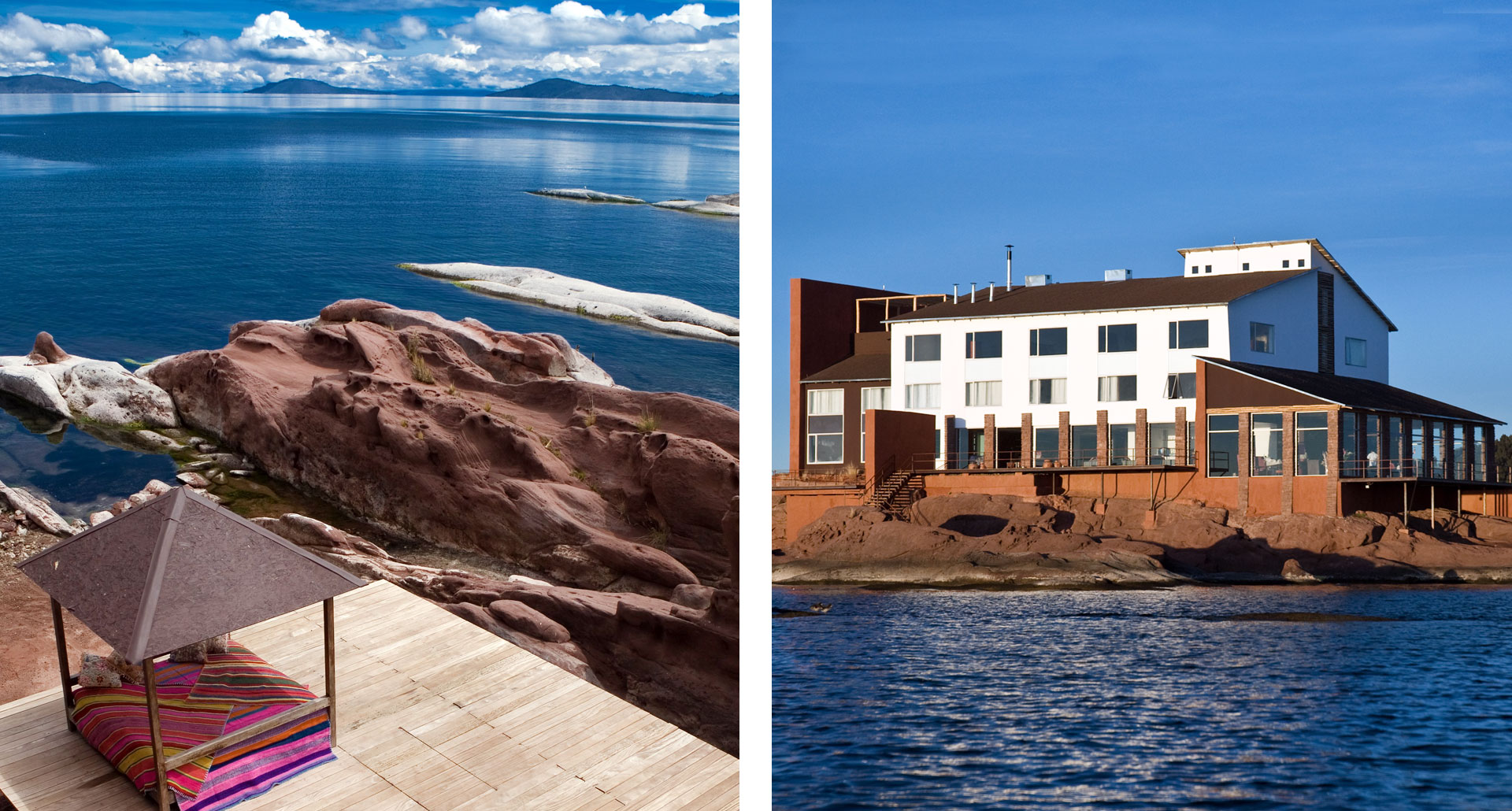 Lonesome, gorgeous, and in touch with its ecology, Titilaka acknowledges Lake Titicaca’s misty Incan heritage about as much as a boutique hotel possibly can. Private guides and decadent meals lend their own sense of heightened reality, but truth is, they hardly hold a candle to the sunset views over the water through your suite’s massive windows. Light a candle, it feels right. 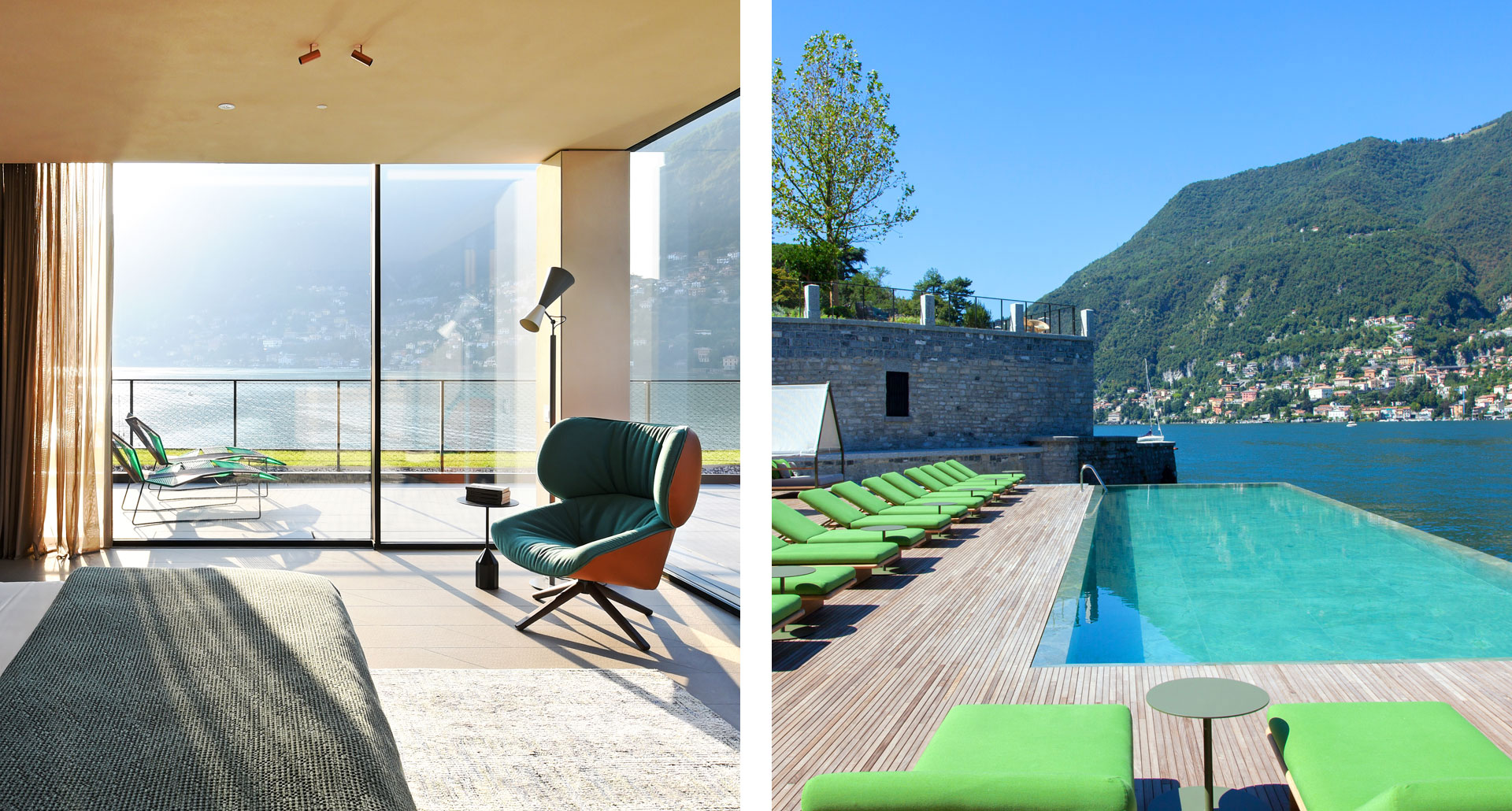 In a hilarious twist, Il Sereno’s strident contemporary sensibility stands out all the more against Lake Como’s backdrop of neoclassical pomp and circumstance. All the better: by dispensing with certain stultifying architectural habits, the designers avail guests of spectacular views from nearly every vantage point on the property. Why yes, there are a pair of custom Cantiere Ernesto Riva wooden boats on site for your pleasure cruise, why do you ask? 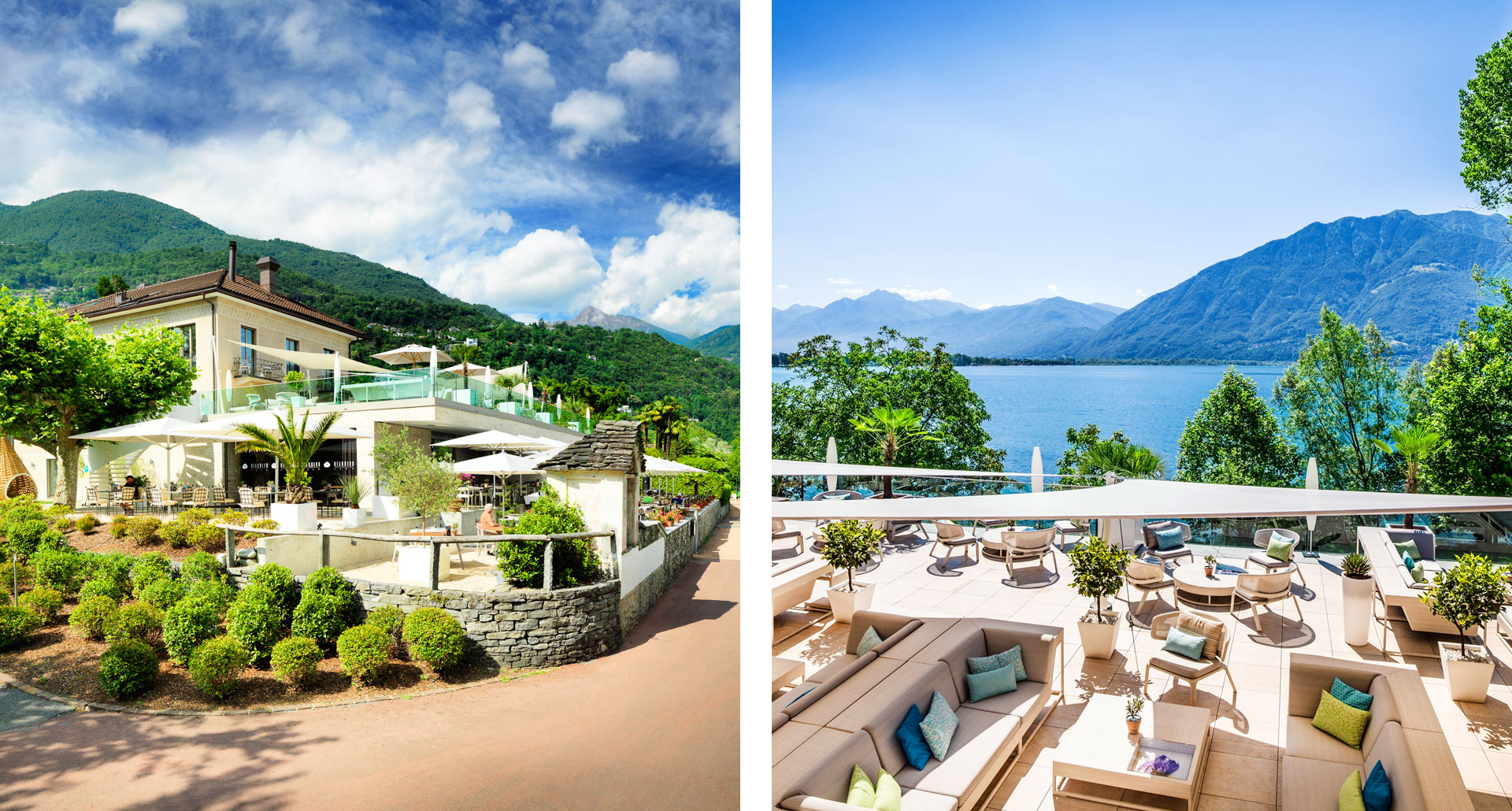 The Swiss in these parts have always had something of a leg up in the lake department; such is the majesty of the Alps and their lush, sweeping valleys that the hotels needn’t try all that hard to sweeten the deal. Giardino Lago does, thankfully, drawing on Italy’s proximity to craft an intimate retreat with an emphasis on the finer things. Be warned, you won’t want to leave the rooftop once you’ve taken it all in. 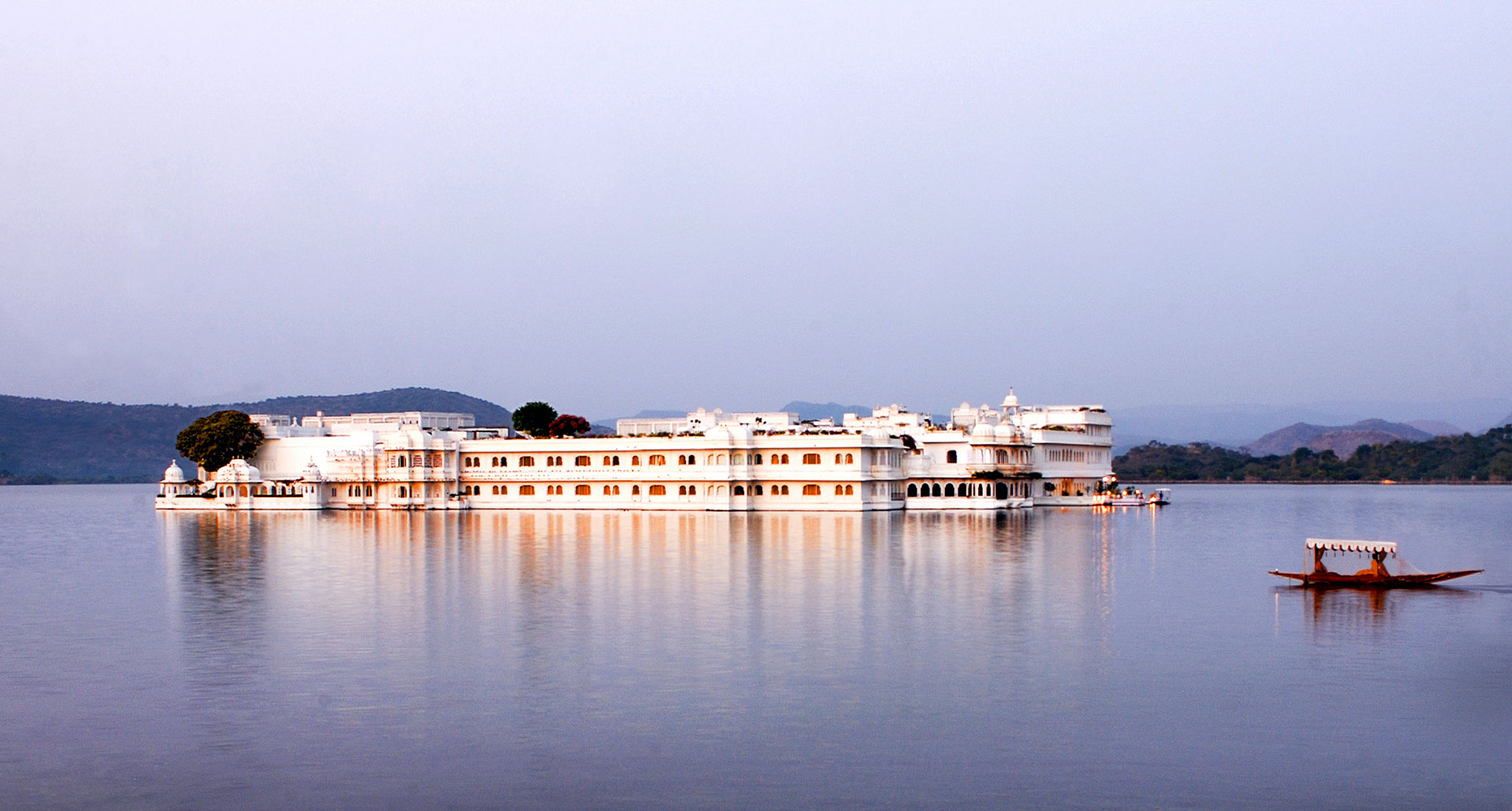 And some hotels take it one step further: Taj Lake Palace is in Lake Pichola, accessible via a charming ferry service. The pictures tell most of the story, both in the photographic and cinematic sense; it isn’t hard to see why this 1740 palace’s columns and domes got a lot of screen time. Prying eyes will be the least of your worries, however, as old-world discretion and impeccable service are very much the norm around here. 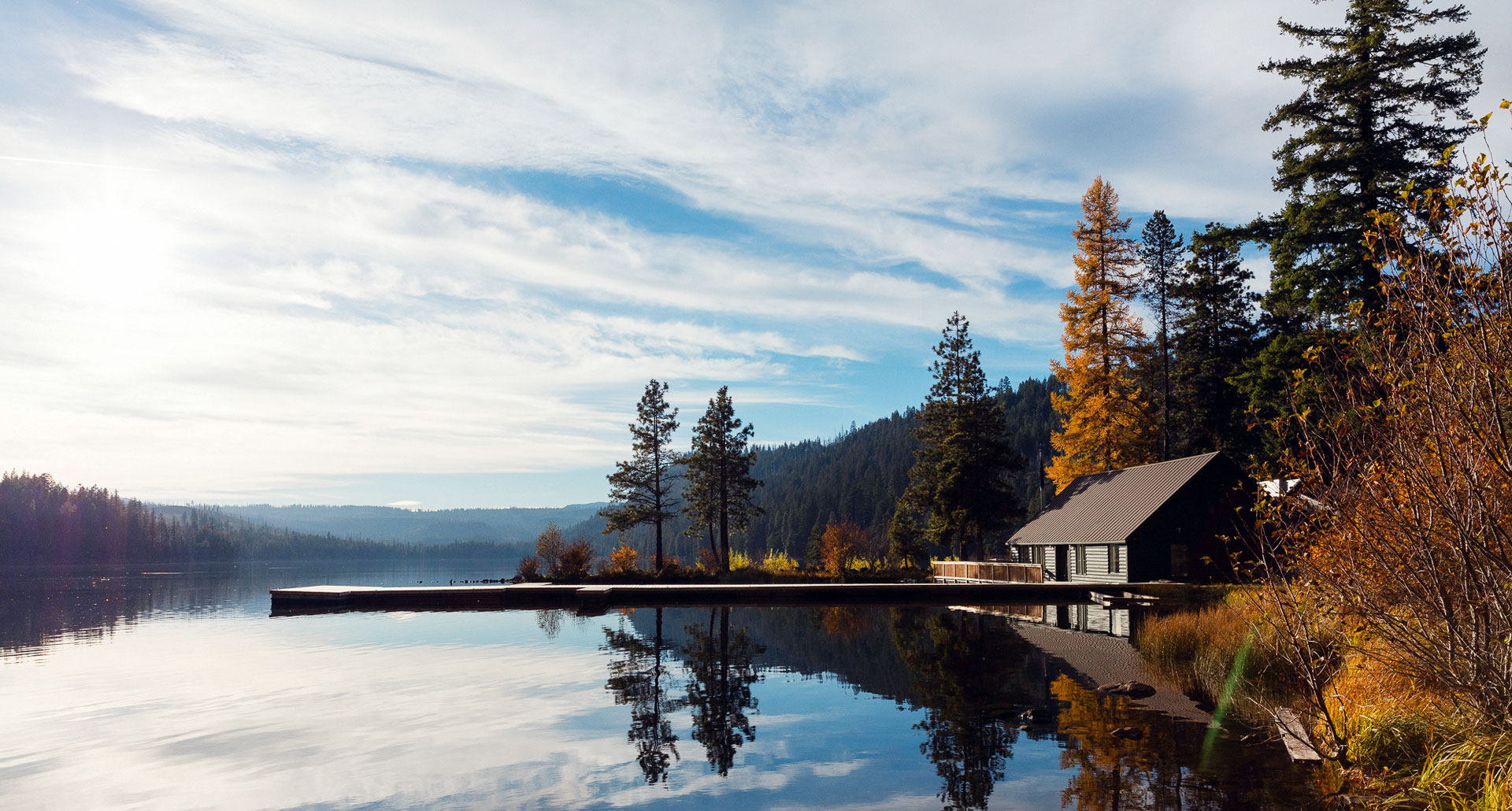 The Suttle isn’t just lakeside, it’s actually situated within the confines of Oregon’s Deschutes National Forest. Hard to lose here, in other words, but especially so when the folks behind Ace Hotel Portland are at the wheel. All the freewheeling adventurousness of summer camp with none of the bumbling awkwardness. Grab a canoe at the boathouse, there’ll be outstanding eats and cocktails awaiting your return. 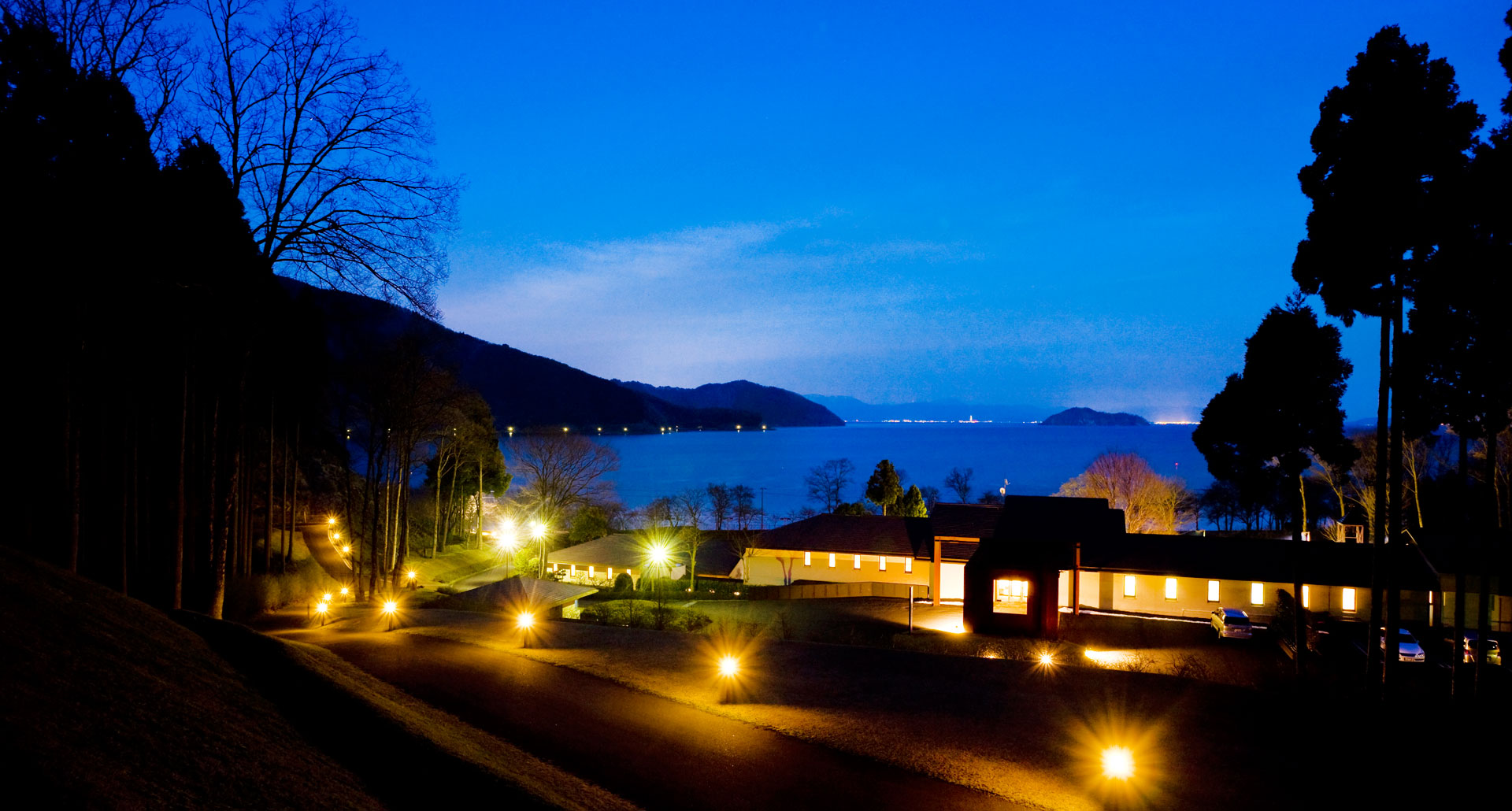 Upending expectations seems to be the idea with lake hotels, and we couldn’t agree more forcefully. Just where you’d expect a pindrop-quiet traditional ryokan on the shores of Lake Biwa, instead you’ll find this resolutely modern ode to here-and-now minimalism. Don’t miss Le Paysage, the (what else) French restaurant with a welcome touch of local produce, or the lounge’s prodigious selection of shochu. 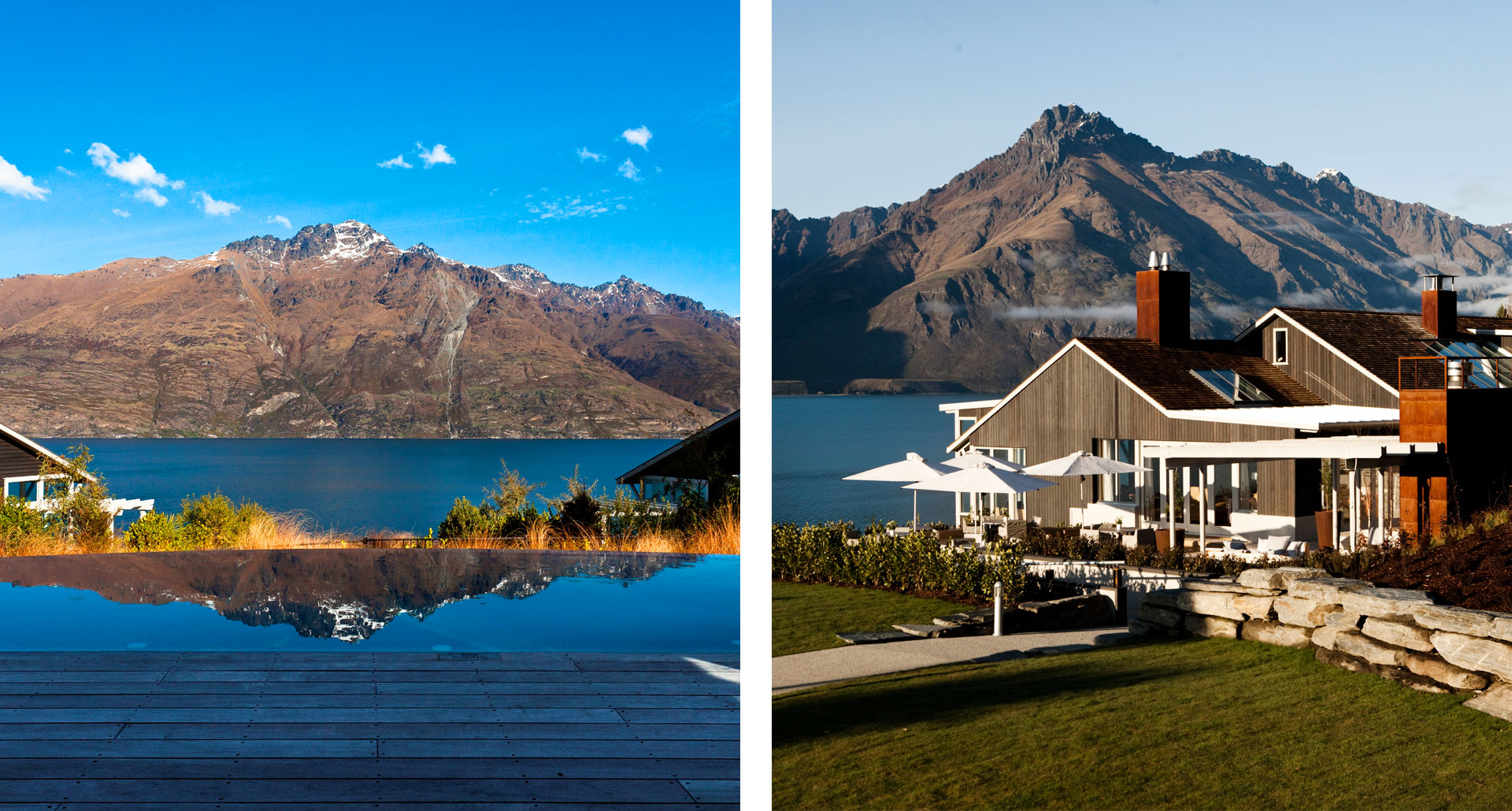 Sometimes you want the lake practically to yourself, a feeling this three-suite and four-villa concern fully endorses. Not that that means roughing it; in terms of poised sophistication, these interiors hold their own admirably. Not that you’ll be staying indoors all that much, either. We hear there are helicopter tours. 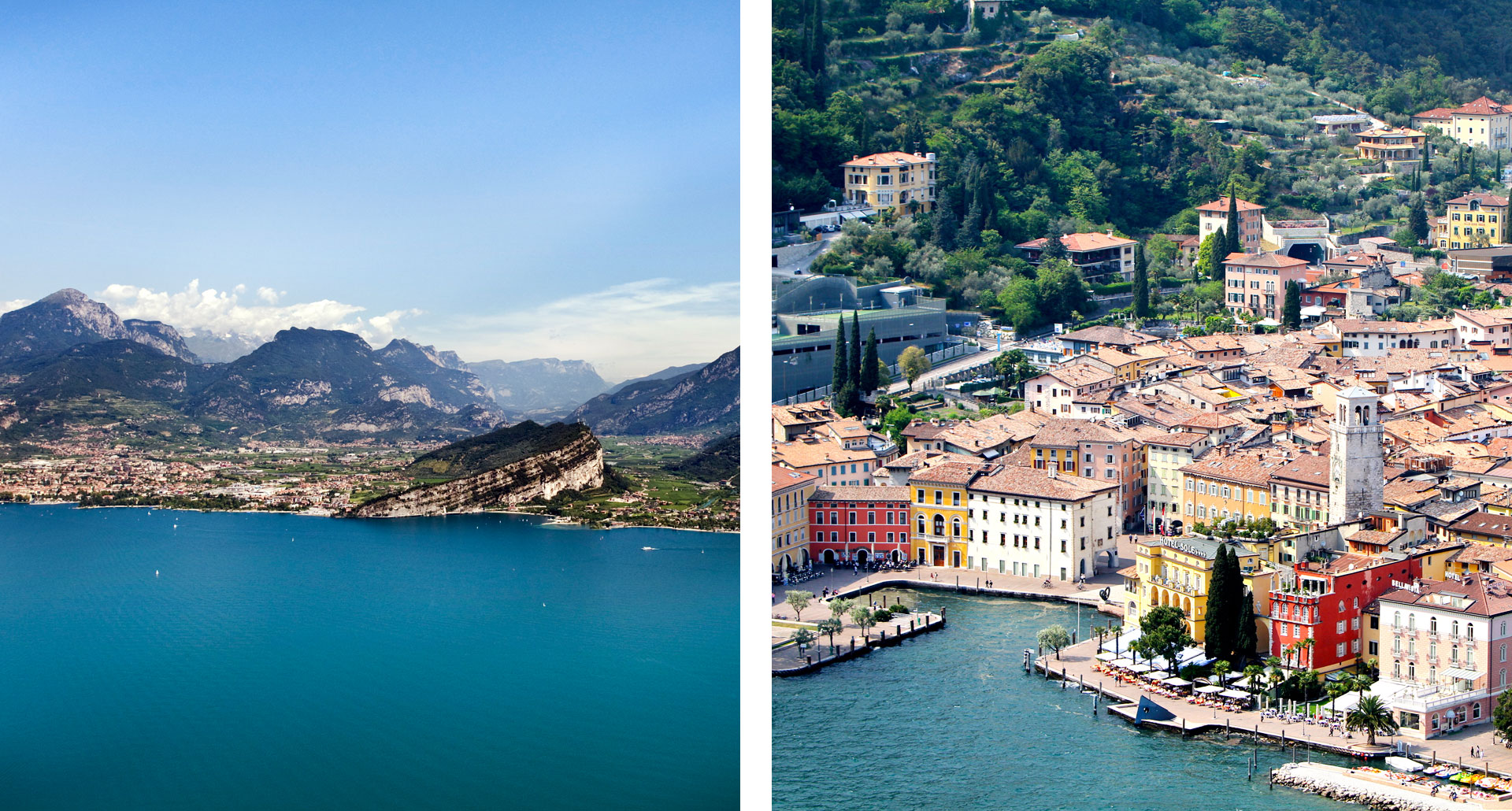 Historic credibility is one thing — Archduke Franz Ferdinand made an appearance — but bleeding-edge design is quite another, and thankfully Lido Palace has room enough for both. High Italian in every sense of the phrase, this is Lake Garda at both its classiest and its most sensual; when you’ve accustomed yourself to the Stile Liberty frescoes and avant architecture, you’ll turn and fall out of your chair at the sheer drama of the lake itself. 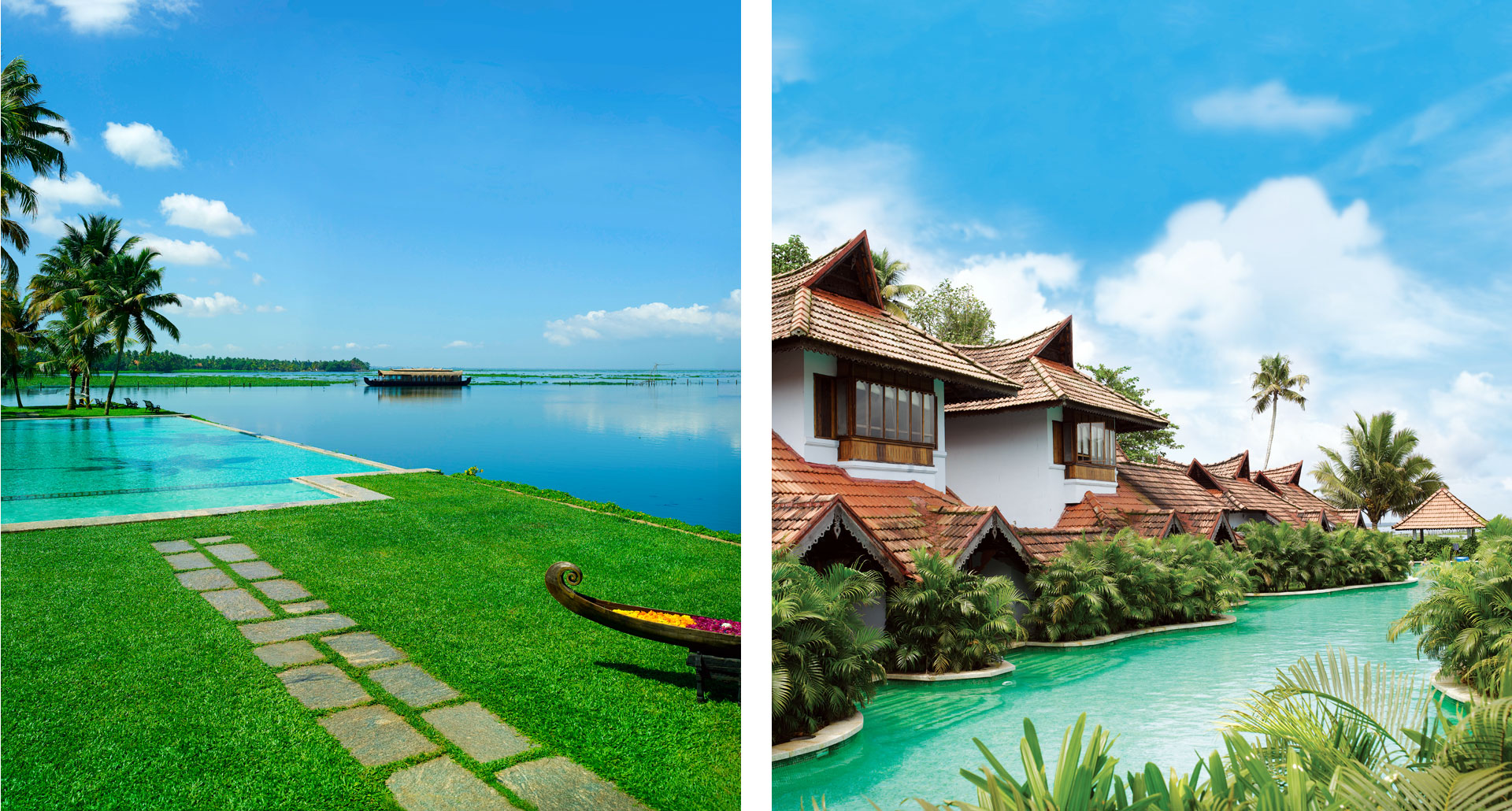 It’s not just the lake in these parts — it’s the canals, rivers, lagoons, and waterways of every description, all integral to the cultural and economic life of this region of Kerala. This is rustic done right, always obliging, never smothering, with a healthy respect for tradition tempered by the invigorating presence of the Arabian Sea. No better place to find one’s balance. 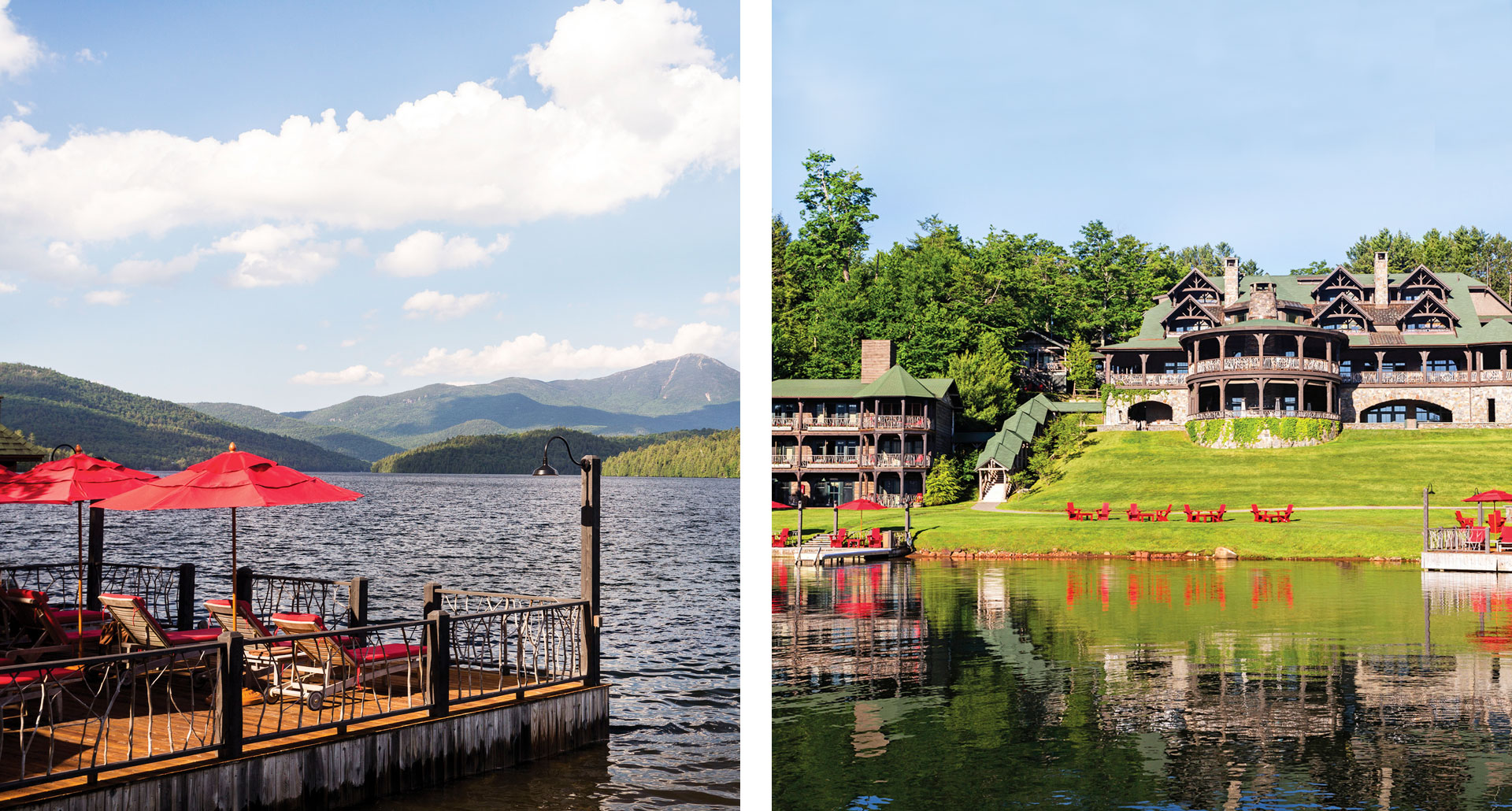 New York’s summer retreat par excellence still draws just as irresistibly as it ever did — these days, though, you don’t have to be a card-carrying member of the “Knickerbocracy” to enjoy its bounty. Vintage Adirondack style has fully reestablished itself, anyway, and there’s no topping the original: we invite you to sit a spell by the fire as twilight descends over the world’s most aptly named lake. 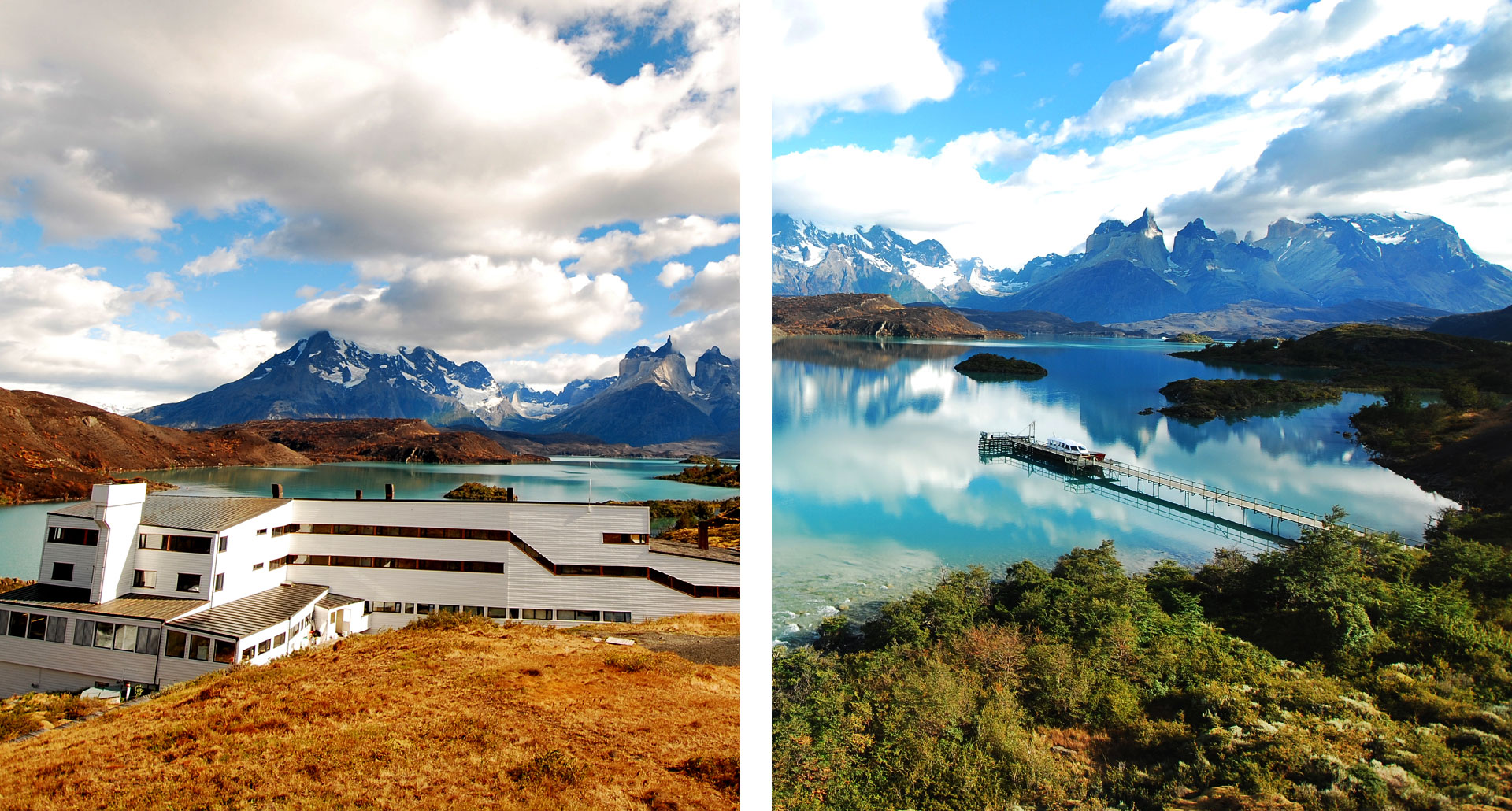 Very much worthy of the Explora name, this installment is every bit the equal of its far-flung, thrilling predecessors, a modernist lodge just yards from the Salto Chico waterfall in the ruggedly handsome Torres del Paine National Park. Just be sure to take a moment to appreciate the spectacle between high-octane treks: this is, by any measure, one of the most astoundingly beautiful places on Earth.