There’s no shortage of transcendent hotel spas (like our list of eight enchanting spa hotels down below), but when it comes to spa photography, as an art form, it can be a struggle to capture that feeling of spa-given euphoria through the lens. After all, it’s not how a spa looks, it’s how it feels. And how do you portray the feeling of healthy, glowing rejuvenation through a photo? How can a mere snapshot possibly do it justice? It can’t, really.

That is, except for one image, maybe — the hero of the hotel spa, the savior of the sanitarium: the model in the hot stone massage.

We caught up with her for a Tablet interview exclusive.

Thanks for speaking with us. You’re a legend in the industry. Do you want to sit up?

Okay. So. What’s the key to the perfect hot stone massage photo?

Three words: Beauty. Serenity. Ecstasy. Three more words: Smooth. Black. Stones. And then another three words: On my back. If you enjoy repetition, I know you’ll enjoy my work. I am in every single spa photo gallery ever.

You really are. What are the challenges of the job?

You’d think after all these years of lying on a massage table with hot stones on my back, I’d be this completely relaxed, zen’d out person. Not at all. The stones are really hot.

But you make it look so easy.

There’s only two choices to make. Lie there with my eyes closed, or lie there with a thousand-yard-gaze I call “the Manson.” I usually just close them.

Are you interested in any other types of spa modeling?

Of course. Not actively, but just as a fan of the art form.

Oh you know, I’m a big admirer of classics like “light face touching.” Another one I’ve seen lately is “towel mummy.” And of course you have to give credit to the pioneers, shots like “just a bunch of towels in a sauna.”

But back to the undisputed champion of the form. How did you get into hot stone massage modeling?

I was discovered during a hot stone massage. I started to drift off in the pure euphoria of the experience and when I woke up six hours later — completely rejuvenated, by the way — I found myself gazing into the eyes of a hotel spa photographer.

She told me she had a contract with 9,000 hotel spas around the world and she didn’t have time to think of unique shots for them all. She asked if I’d be willing to lie down with stones on my back in every location, occasionally dying my hair for variety.

What do you think of the photos?

I wouldn’t say that.

Then why do you think they’re so successful?

Lots of massage is this really intense, good pain. Acupuncture. Deep tissue. It’s obviously satisfying when you’re getting it, but you know what doesn’t photograph well? Porcine grimacing.

The hot stone is one of the only massages that actually looks relaxing. Plus, they only have to pay for me and Hands.

Oh, sorry. The disembodied hands placing the stones on my back in a lot of the photos. That’s my friend Hans, we call him Hands. It’s the perfect modeling job for him. From the waist up, he’s terribly disfigured.

I’m sorry to hear that. Is there anything else you want your fans to know?

Just remember one thing. As relaxed as I look, this is work for me.

Thanks so much for taking the time.

Tune in next week as we’re joined for another interview exclusive, this time with the model who overlooks the ledge of every hotel infinity pool.

No matter the photos, if you love spas, you know you love spas. The spa hotels below are all Tablet Plus. They provide VIP upgrades and privileges to Tablet Plus members, and each hotel puts a uniquely strong focus on their spa facilities, offering between them everything from thalassotherapy to wine soaks to (of course) hot stone massage. 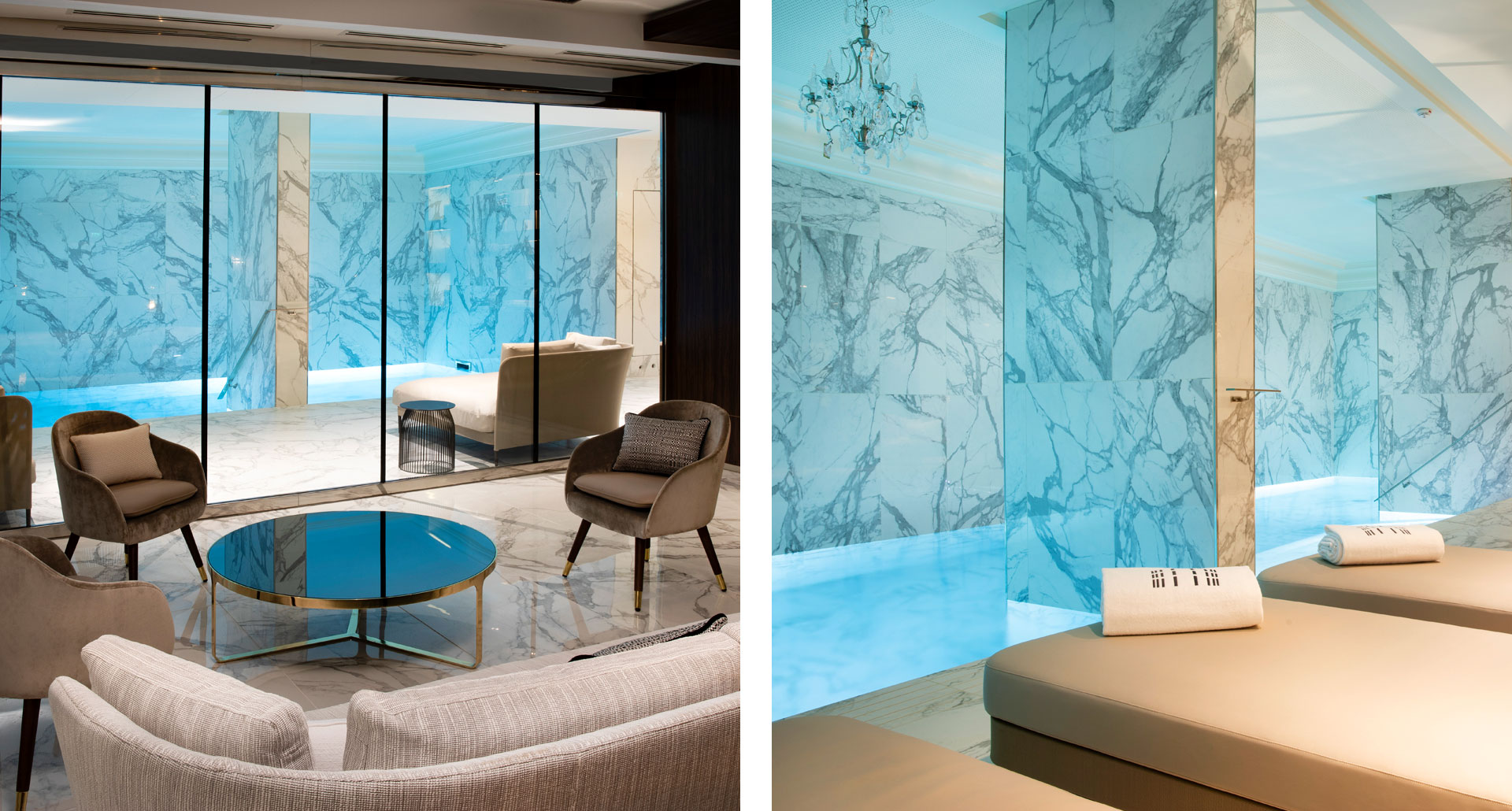 Paris already has so many extraordinary hotels that it’s downright shocking when another one opens. Le Damantin Hotel & Spa occupies a stunning red-brick 19th-century Louis XIII–style mansion on a corner overlooking the Right Bank of the Seine, and its recent conversion from a private house into a high-end boutique hotel is a substantial boon to the Parisian hospitality scene. 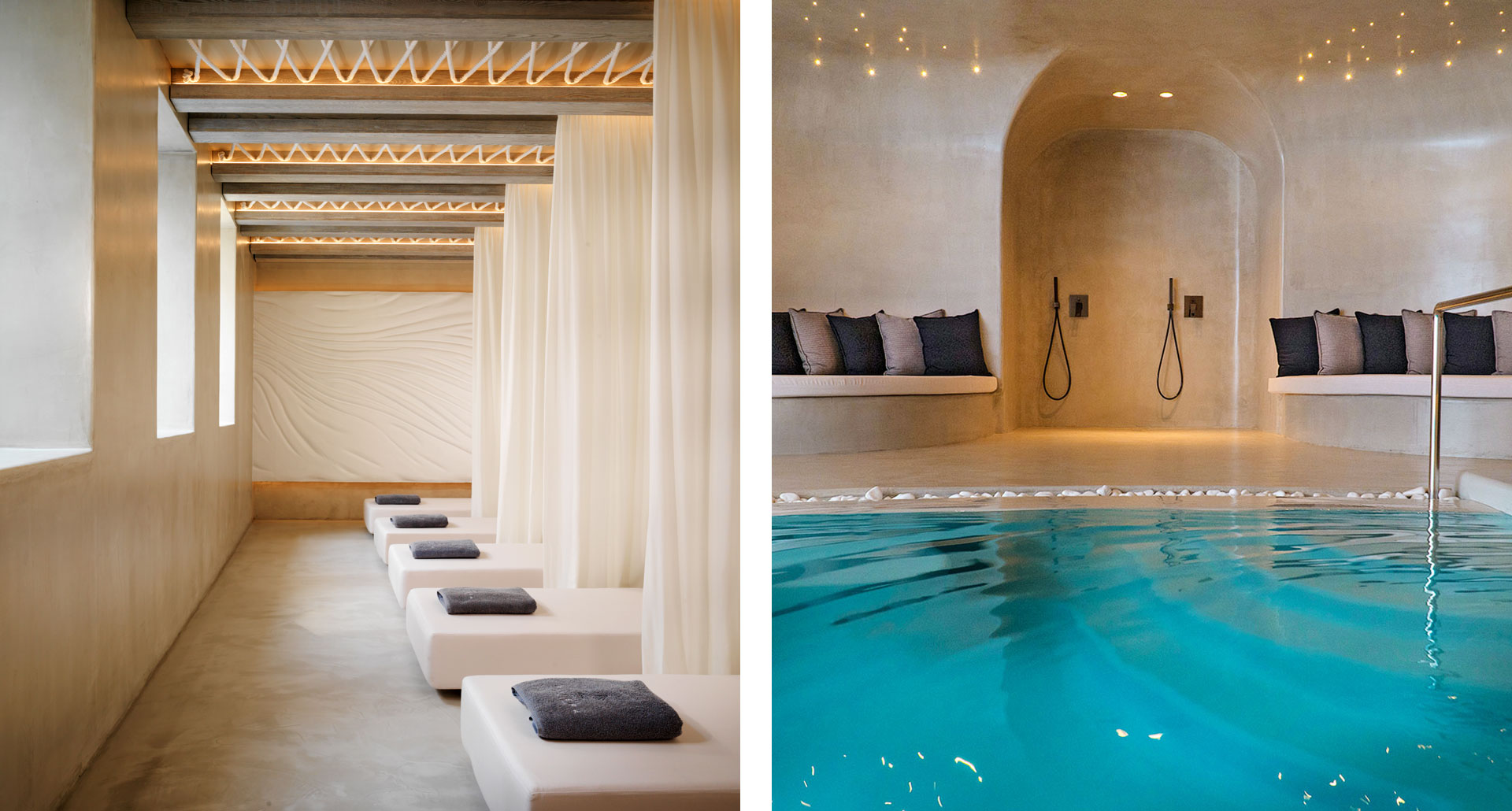 Safe to say the island of Mykonos has fully matured as a holiday destination — if the word “riviera” puts you a little bit in mind of the Côte d’Azur, you’re not far off, as Mykonos town is undiscovered no more. Which, in a way, is what makes the Mykonos Riviera Hotel & Spa so special. From here it’s just about possible to think of yourself as secluded in some wild, far-flung destination, even though you’re minutes from town (and even closer to Agios Stefanos beach). 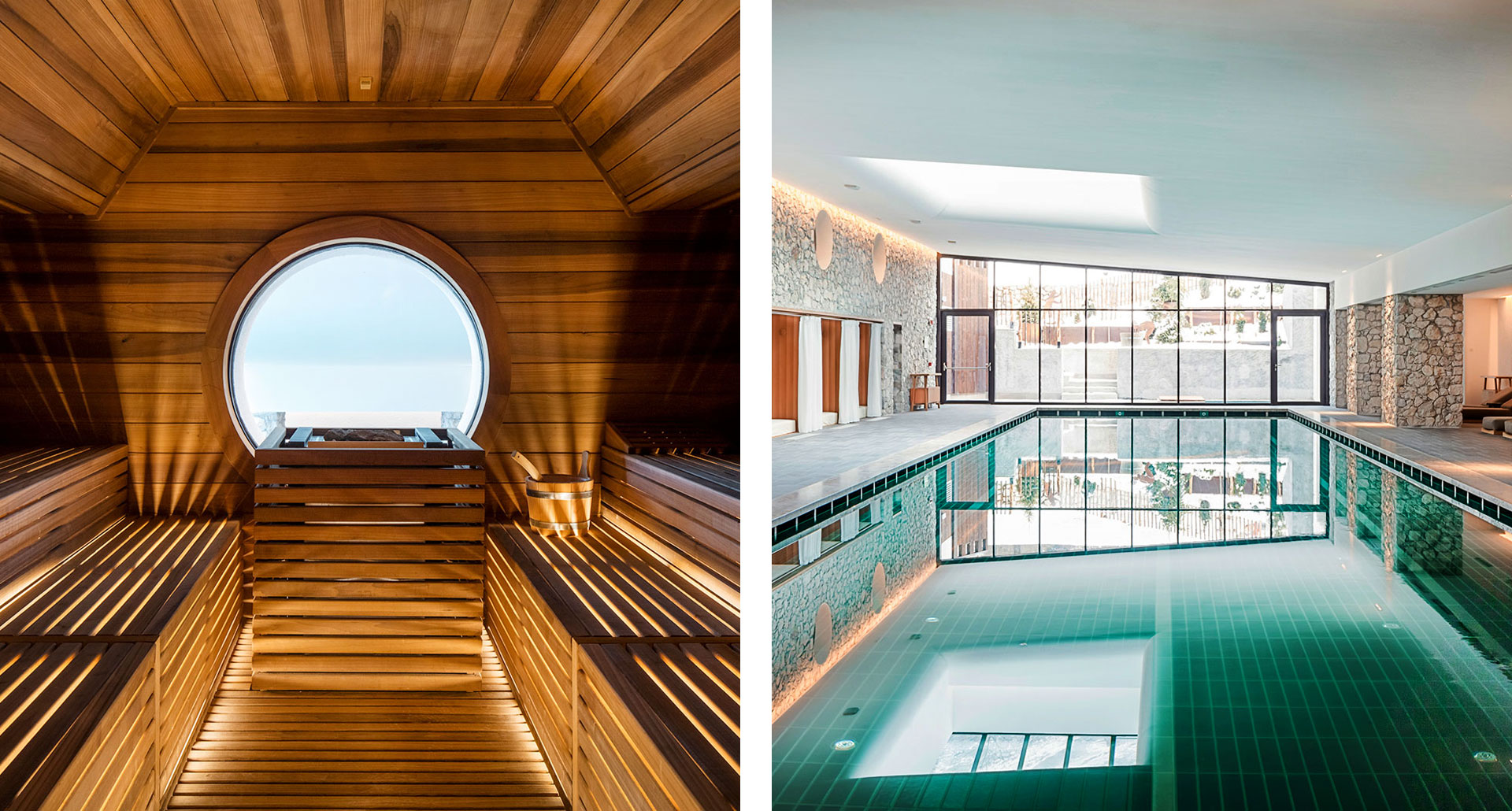 Cortina, home of the 1956 Winter Olympics, has long been one of Italy’s most famous ski towns, and Faloria has long been one of Cortina’s most famous hotels. But it’s only now, after a complete redesign at the hand of architect Flaviano Capriotti, that the Faloria Mountain Spa Resort ascends to the highest levels of contemporary luxury hospitality.

The Puxuan Hotel And Spa 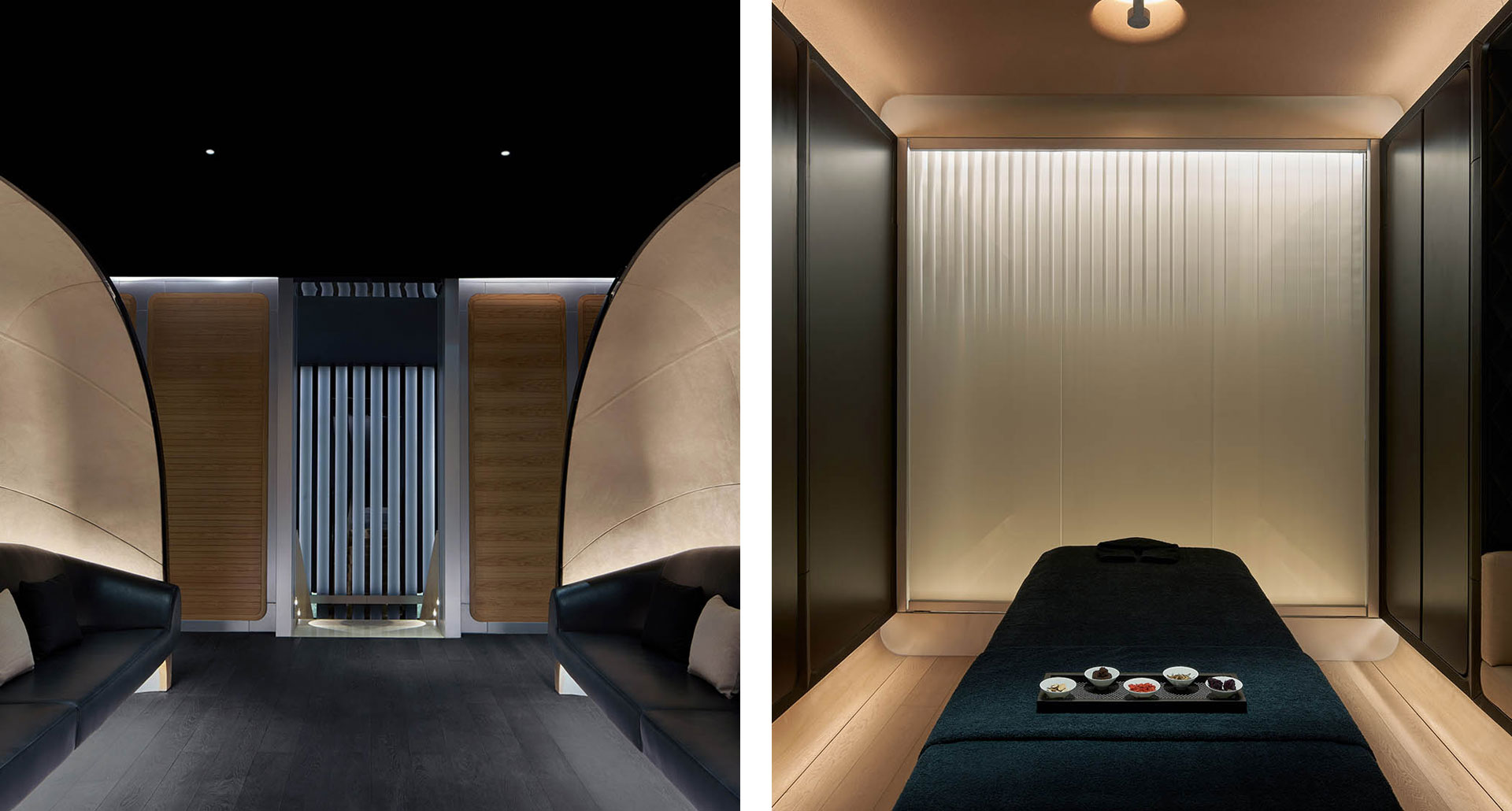 When it comes to brand-new high-end luxury hotels, there’s no place in the world that comes even close to being on China’s level. Not only are extravagant new towers going up in the booming secondary cities, but Beijing’s hotel scene continues to scale new heights as well. A member of the same Urban Resort Concepts group that brought us the extraordinary PuLi in Shanghai, the PuXuan Hotel and Spa is a monumental addition to the capital city’s hospitality scene. 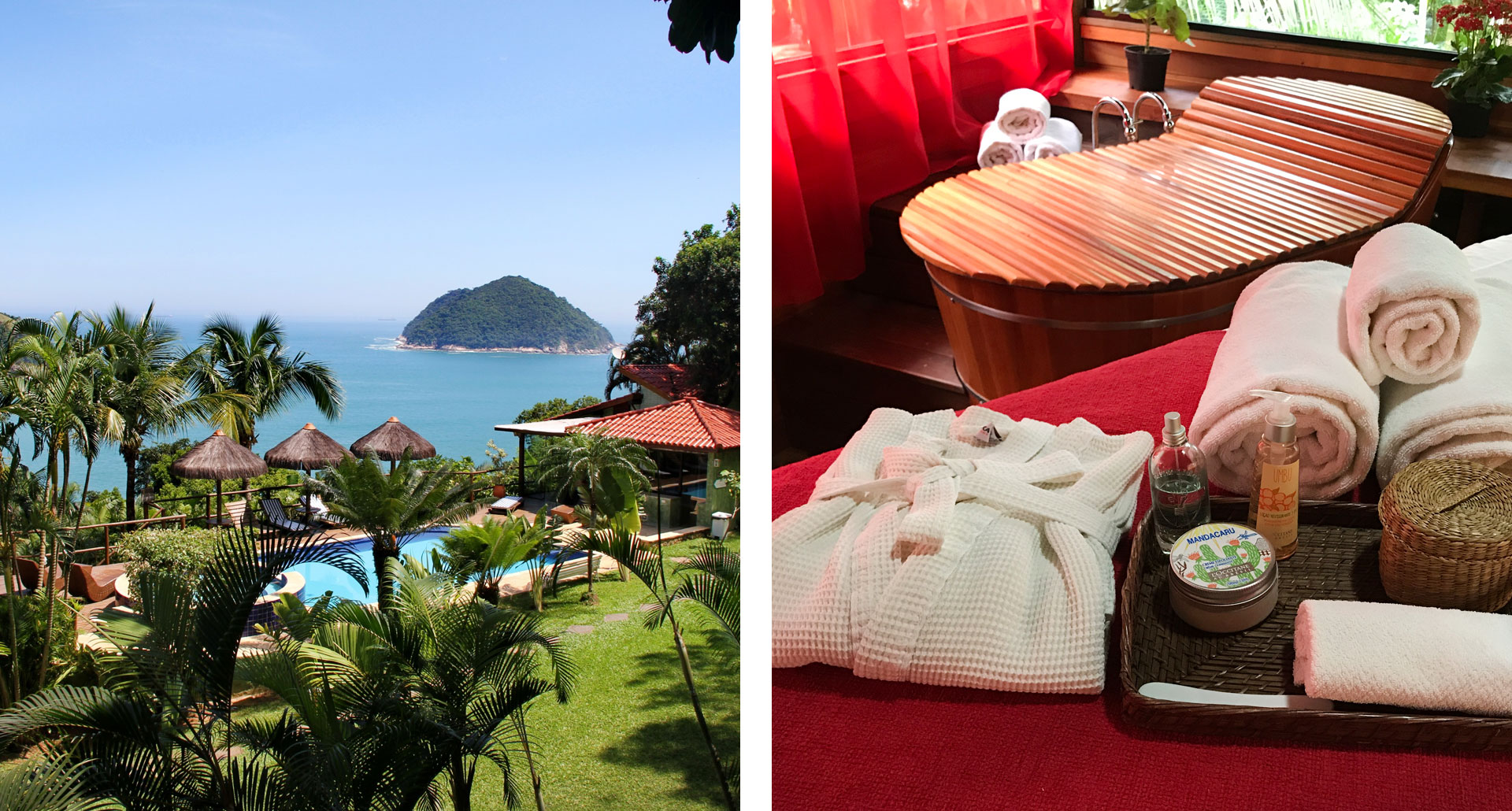 We may go to São Paulo for a taste of Brazil but when the Paulistanos are in the mood to escape, some head east: to São Sebastião, a coastal enclave some two and a half hours away. It’s not a resort town, per se, nor is it the “humble fishing village” of Brazilian-tourism cliché — it’s a town whose inhabitants, some of them part-timers, privately carry on the business of enjoying the beachfront geography and (nearly) tropical climate. Which makes it ideal for a small and intimate getaway like the Ilha de Toque Toque. 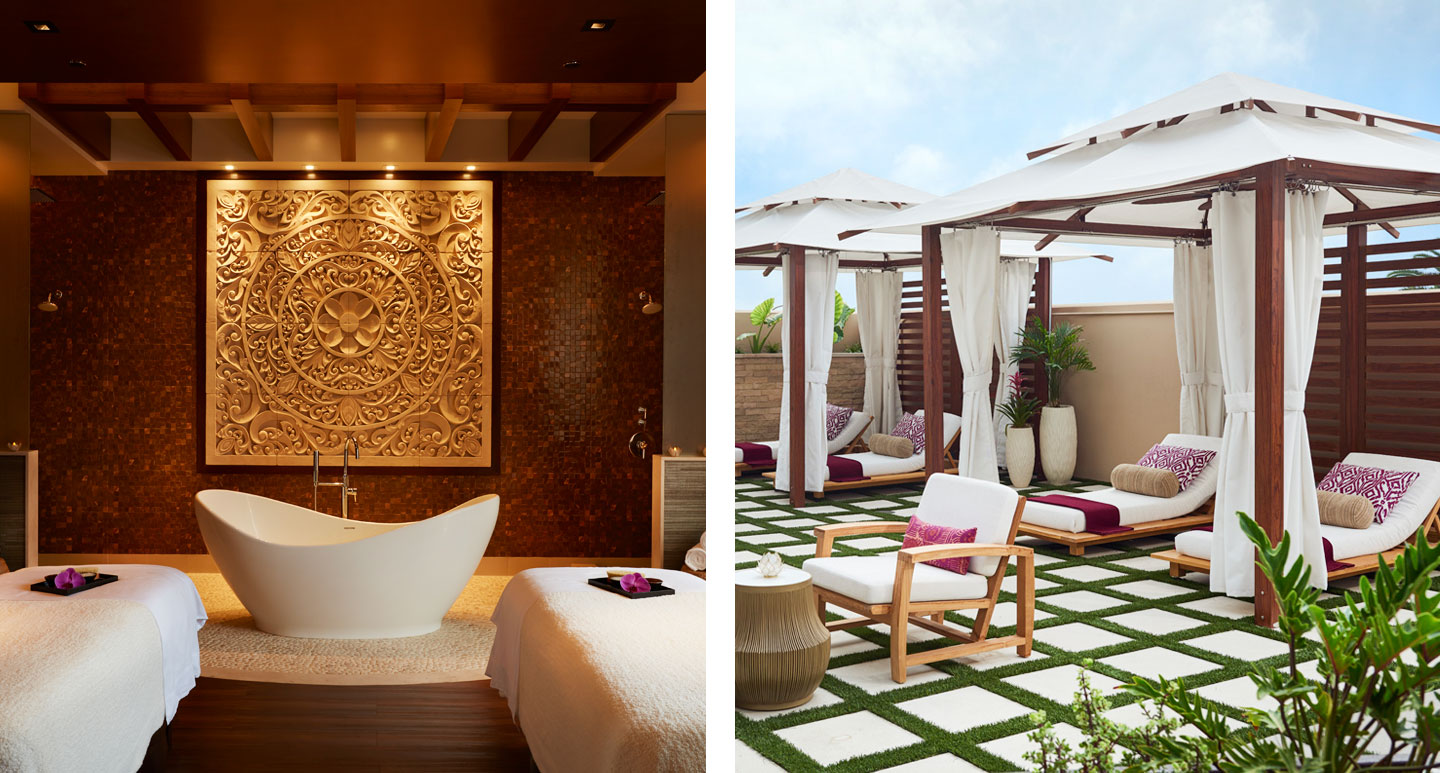 Like most of the region’s best resorts and hotels, Paséa Hotel & Spa in Huntington Beach, California isn’t some pint-sized boutique hotel, but a grand and gleaming resort with a great spa, restaurant, and cocktail bar, plus views of the ocean from nearly every room. Your stay includes the use of beach cruisers — ideal for pedaling along the wide beachfront bike paths — as well as beach umbrellas, chairs, and towels. And when you get back to your room, there’s a complimentary bottle of wine, or coffee and tea, if you’d rather. Welcome to Surf City USA. 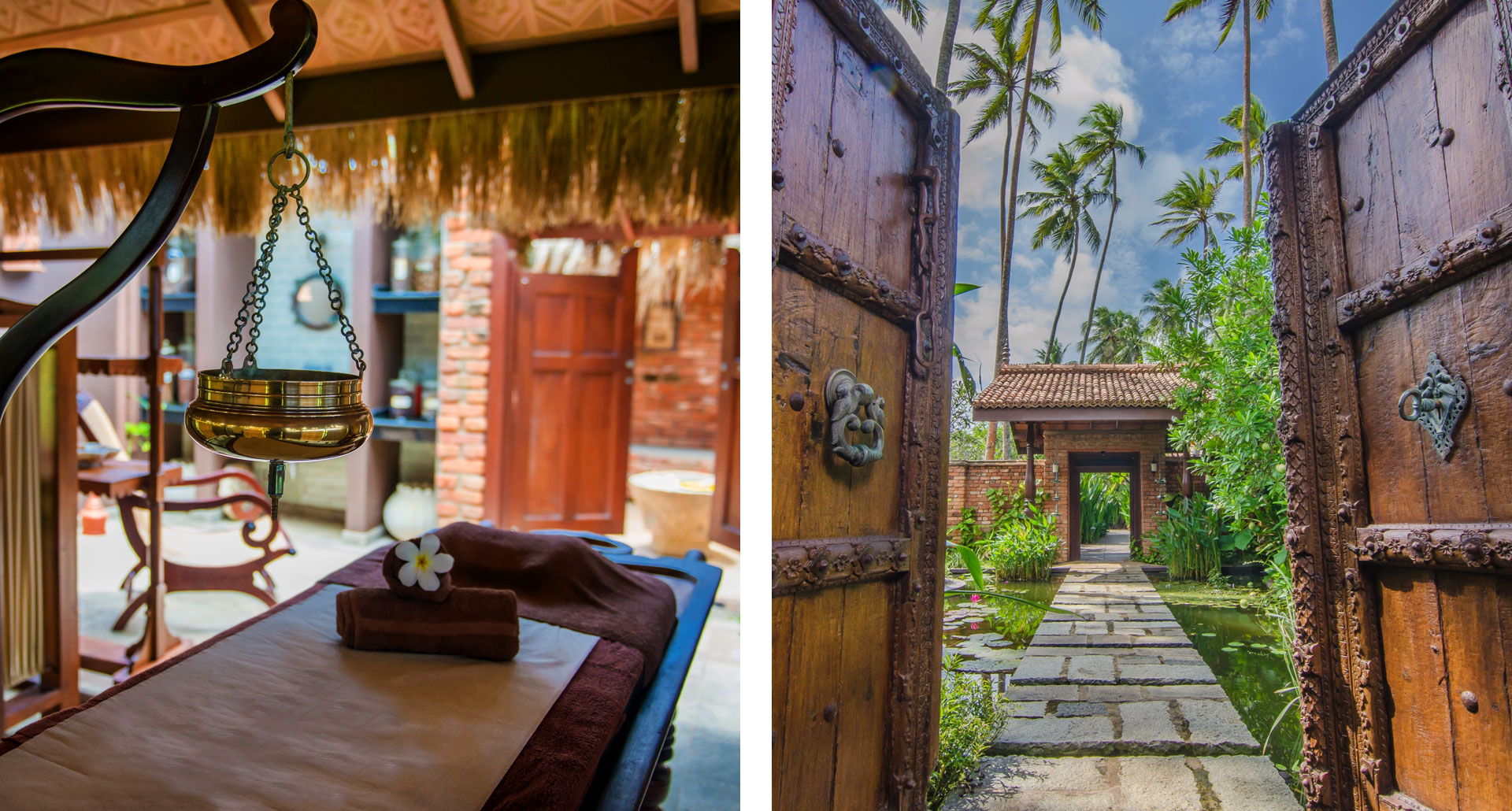 It’s not a design hotel, exactly — there’s not much about the Reef Villa & Spa that looks modern, or minimalist, much less futuristic — but its effect on the guest isn’t so very different from the one produced by its flashier cousins. Maybe the word is “theatrical”; from the entry, through the splendid old wooden doors, to the ornately figured timbered ceilings, to the exquisite collection of locally made furnishings and objets d’art, it’s an intensely evocative experience, no less consciously crafted than any superstar designer’s hotel. 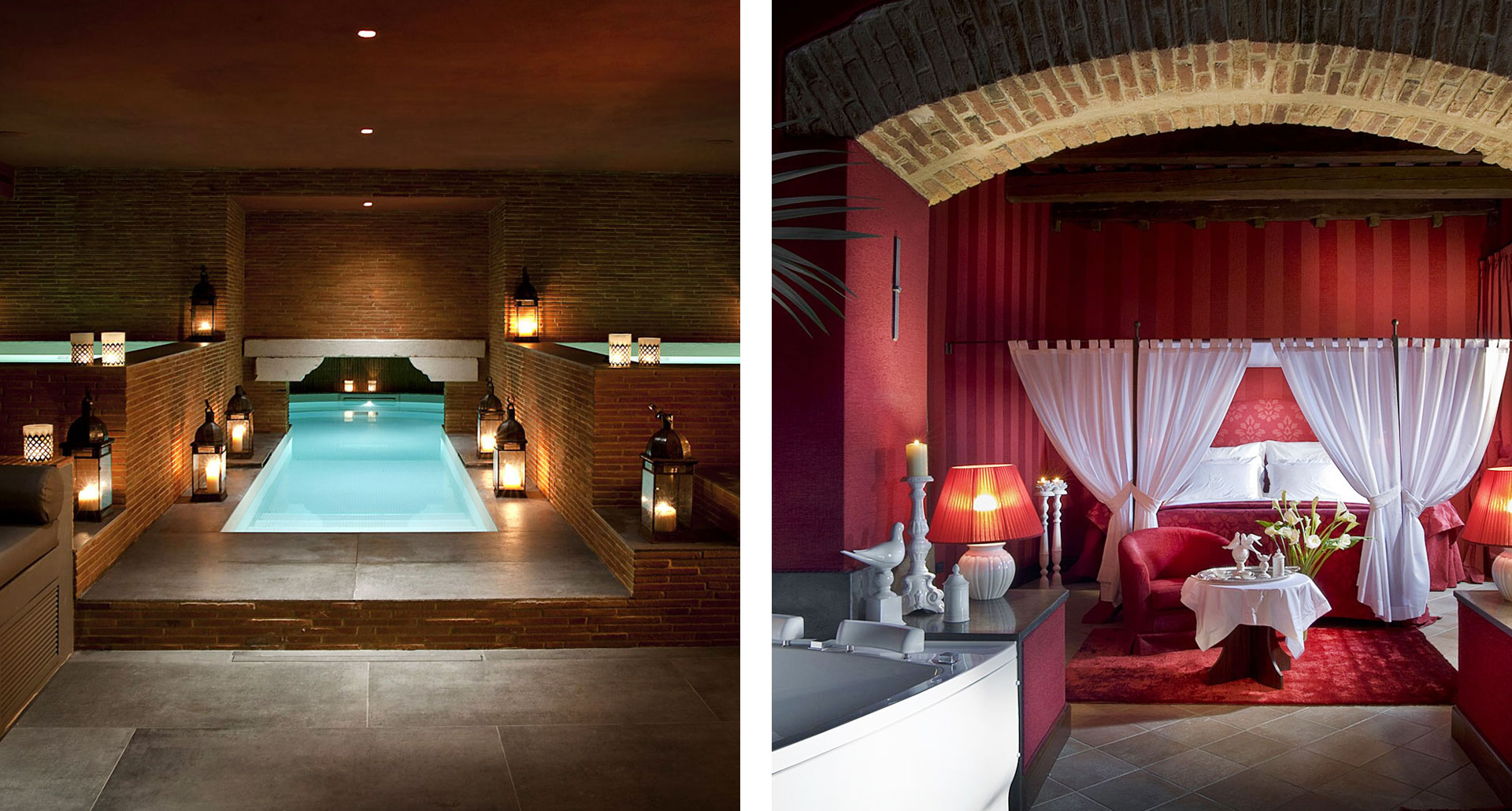