As ice caps melt and coral reefs die, tourists are rushing to see the world’s most precious treasures before they’re gone. Those visits can raise much-needed awareness, but the extra attention isn’t always for the best.

If climate change has taught us anything, it’s that nothing lasts forever. Landscapes and life-forms that once seemed indestructible now appear surprisingly fragile. It’s already a miracle that our planet is habitable, and now we’re seeing that just a few degrees’ shift in global temperatures could transform it in potentially catastrophic ways.

The climate situation has led to a sharp increase in a phenomenon called doomsday tourism, where travelers rush to see attractions that are in danger of disappearing. The swelling crowds can help raise awareness for a place in need, but their very presence can also help hasten its passing.

Not all of the last-chance destinations below are victims of climate change — some are simply struggling to keep up with an increasingly modernized and mobile population — but each is dealing with an uncertain future in its own unique way. 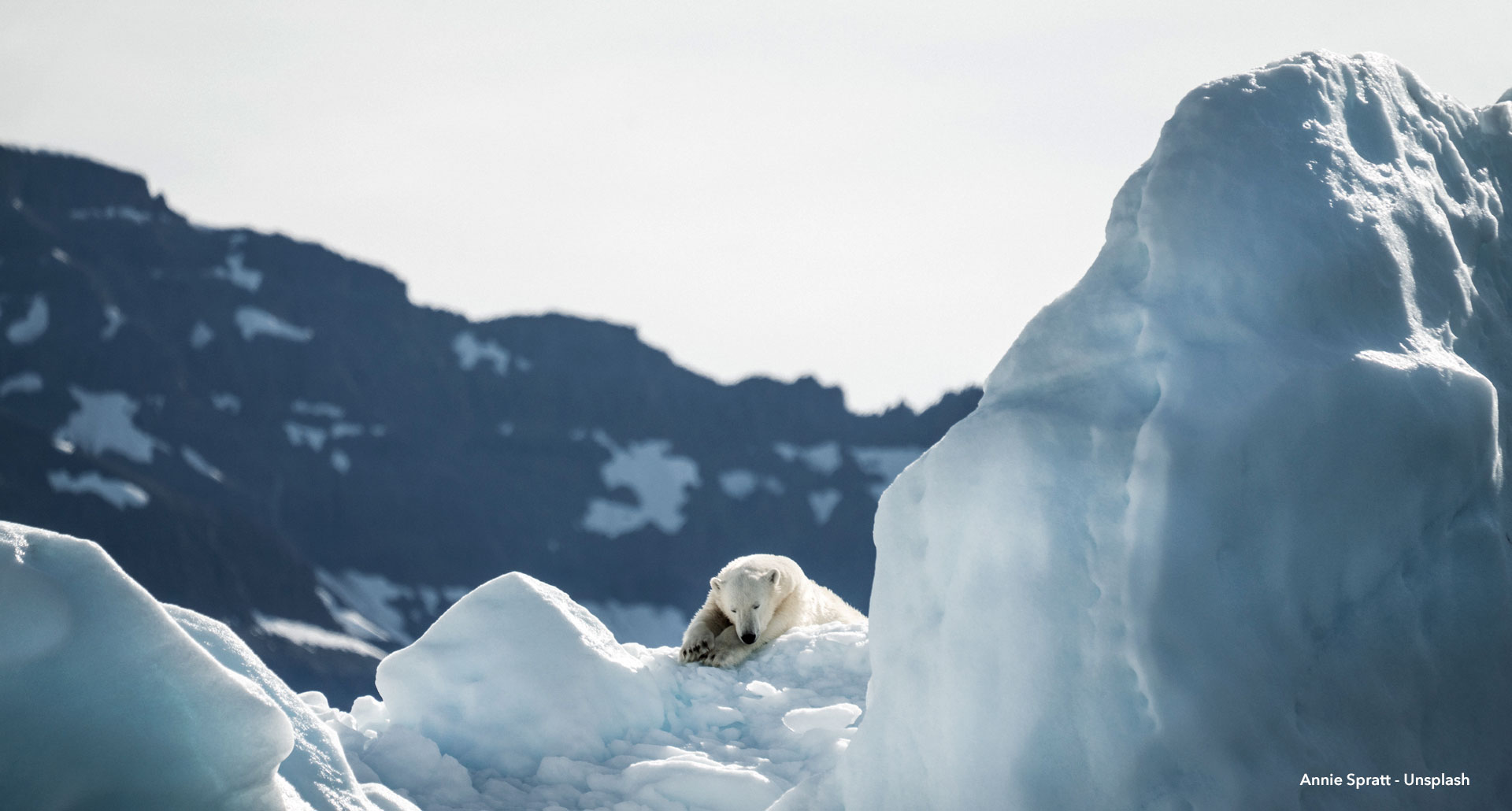 Polar bears migrate to Churchill, Manitoba each autumn to await the emergence of sea ice in the Hudson Bay. Tourists migrate with them, taking advantage of walking tours and arctic safaris to see the living symbol of vulnerability to climate change in what remains of its habitat.

As sea ice disappears across the Arctic, and the polar bear with it, this is clearly a mecca for last-chance tourism. The question is — are tourists here passionate about what’s happening, or are they just taking photos while they still can? Fortunately for us, that’s exactly what researchers have studied in tourists’ attitudes here.

One produced a particularly cynical statistic, tallying up 60 percent of visitors that “would still want to see polar bears even if they looked emaciated.”

Perhaps you can’t blame them — it’s not their fault the polar bears are losing their means of survival. Then again, as hard as it can be to consider climate change a matter of personal responsibility, certain figures put tourism in perspective. According to one figure, “for every round-trip transatlantic flight… 30 square feet of Arctic sea ice is lost.” With that in mind, an early study of Churchill tourists found that about half would “make some changes to [their] lifestyle at home to reduce greenhouse gas emissions” after their visit. Another 46 percent said they would be open to paying a carbon tax to offset any damage done by their flight.

Whether or not those numbers are encouraging is in the eyes of the reader. But if last-chance tourism is going to be a phenomenon for good, they’re the numbers that matter. 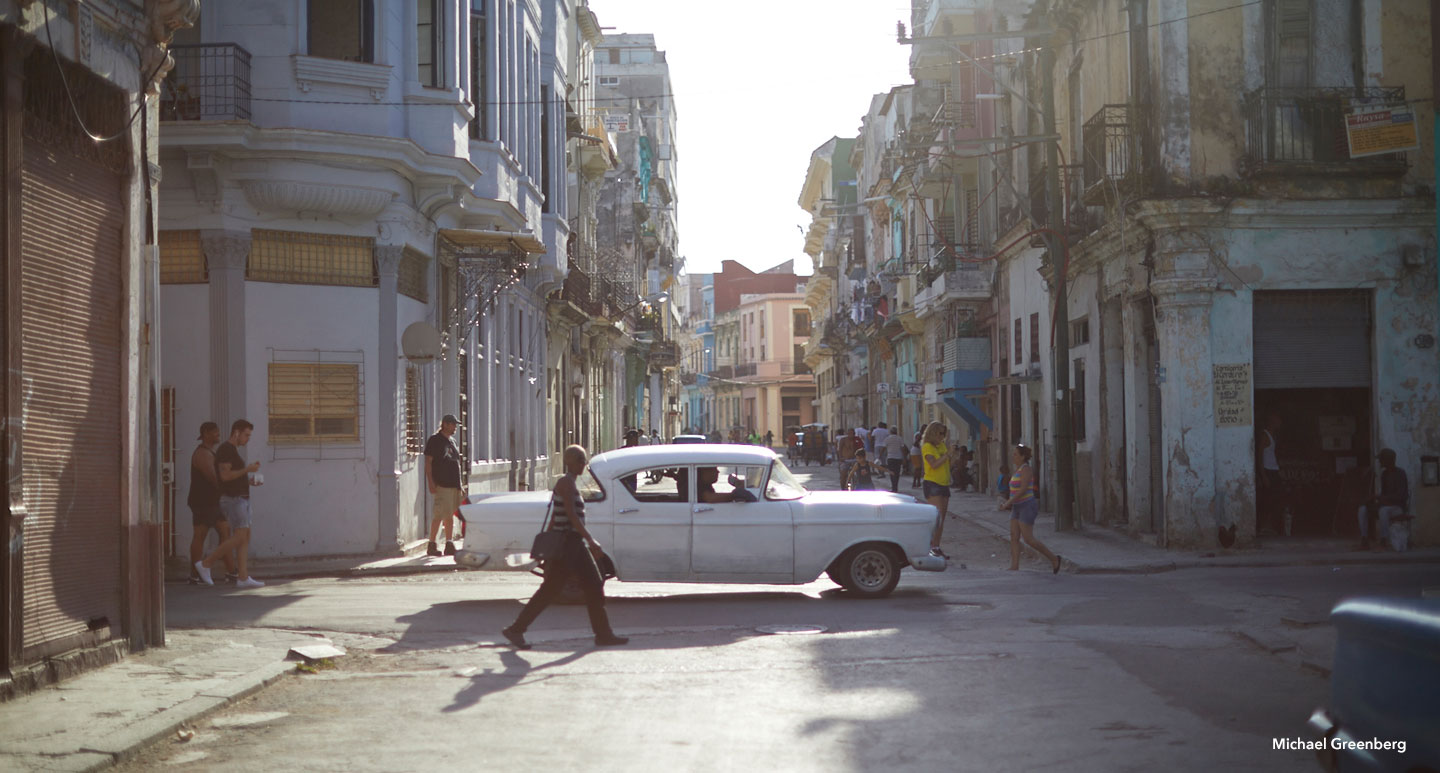 Cuba’s “last-chance” moment came recently, and was entirely caused by policy. After long-held restrictions on American travel to the island were loosened by President Obama in 2016, U.S. travelers almost instantaneously accounted for the second largest share of tourists on the island.

Naturally, many went just because they finally could. But others went to beat the rush, grasping at their final shot to see Cuba before the sandaled footprints of a million American tourists changed the face of the country forever. One travel agent explained his clients’ reasoning, saying they wanted to visit “while it’s still kind of raw.”

In retrospect, these visits from Americans were prescient. American tourists weren’t about to permanently flood the island, destroying some notion of cultural authenticity, but they were about to return to the status quo.

The next American administration took Obama’s thaw in relations between the two countries and froze it again. If you didn’t see Cuba then, you may have missed your chance. 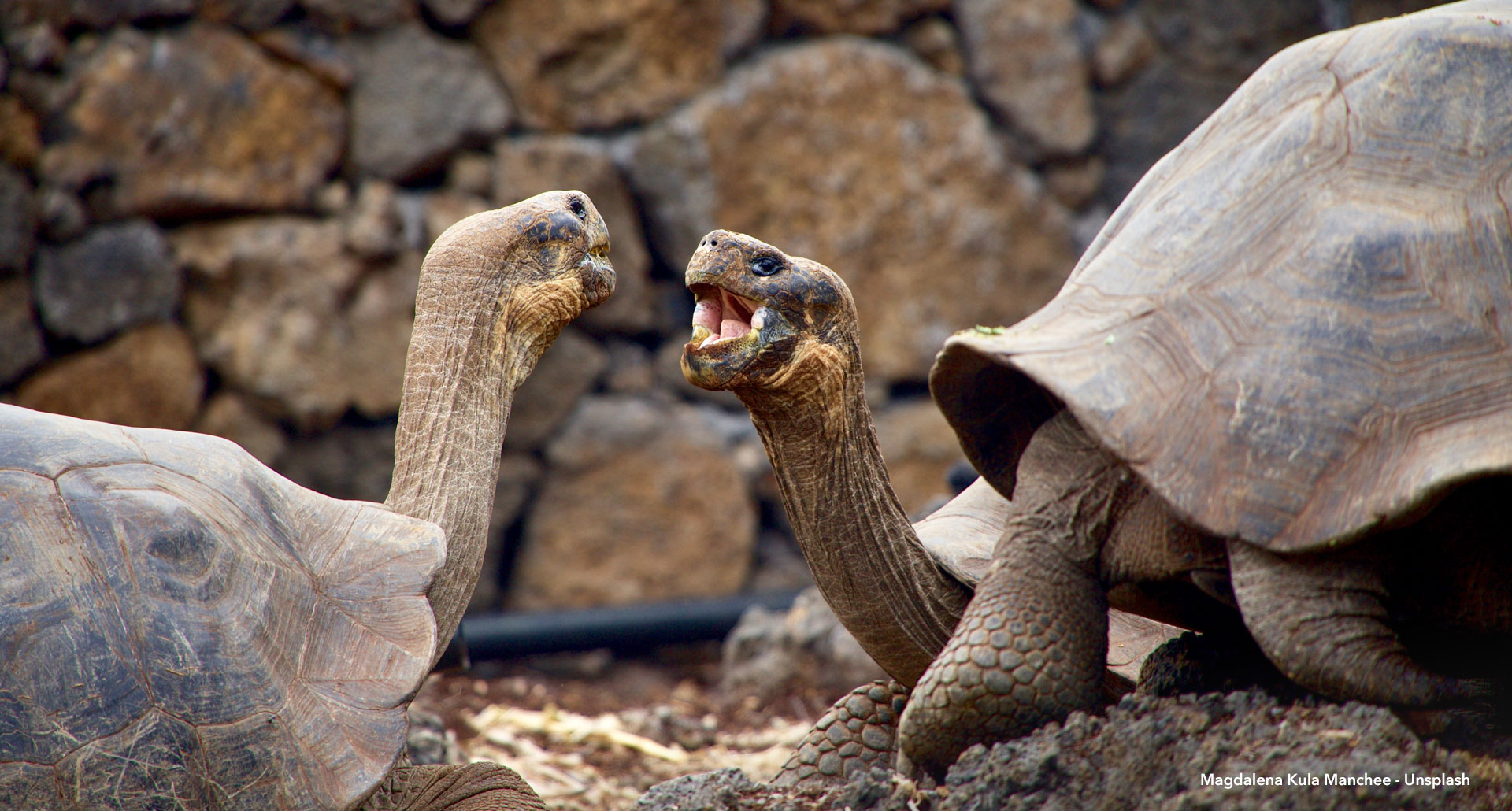 The Galapagos Islands are another quintessential example of the phenomenon, not just for the vulnerable iguanas, giant tortoises, and myriad species of birds, but for the fact that “increased tourism” has been named one of the five largest reasons for that vulnerability by UNESCO.

But even as an increase in tourists and the accompanying build-up in infrastructure threatens the island, tourism dollars lead to more resources for conservation. “We are not saying ‘don’t come here,’” said one tour operator. “We are saying let’s control how many people can come.”

In places facing this “double-edged sword,” as the executive director of the Center for Responsible Travel, Martha Honey, christened it to Vox, government regulation goes a long way. For one, the Galapagos has limited how many boats can dock and who can buy property on the islands. They also reportedly make certain islands accessible to tourists on a rotating basis, as a measure to stem erosion. As Honey puts it, “These kinds of things are the reason the Galapagos are still with us now.” 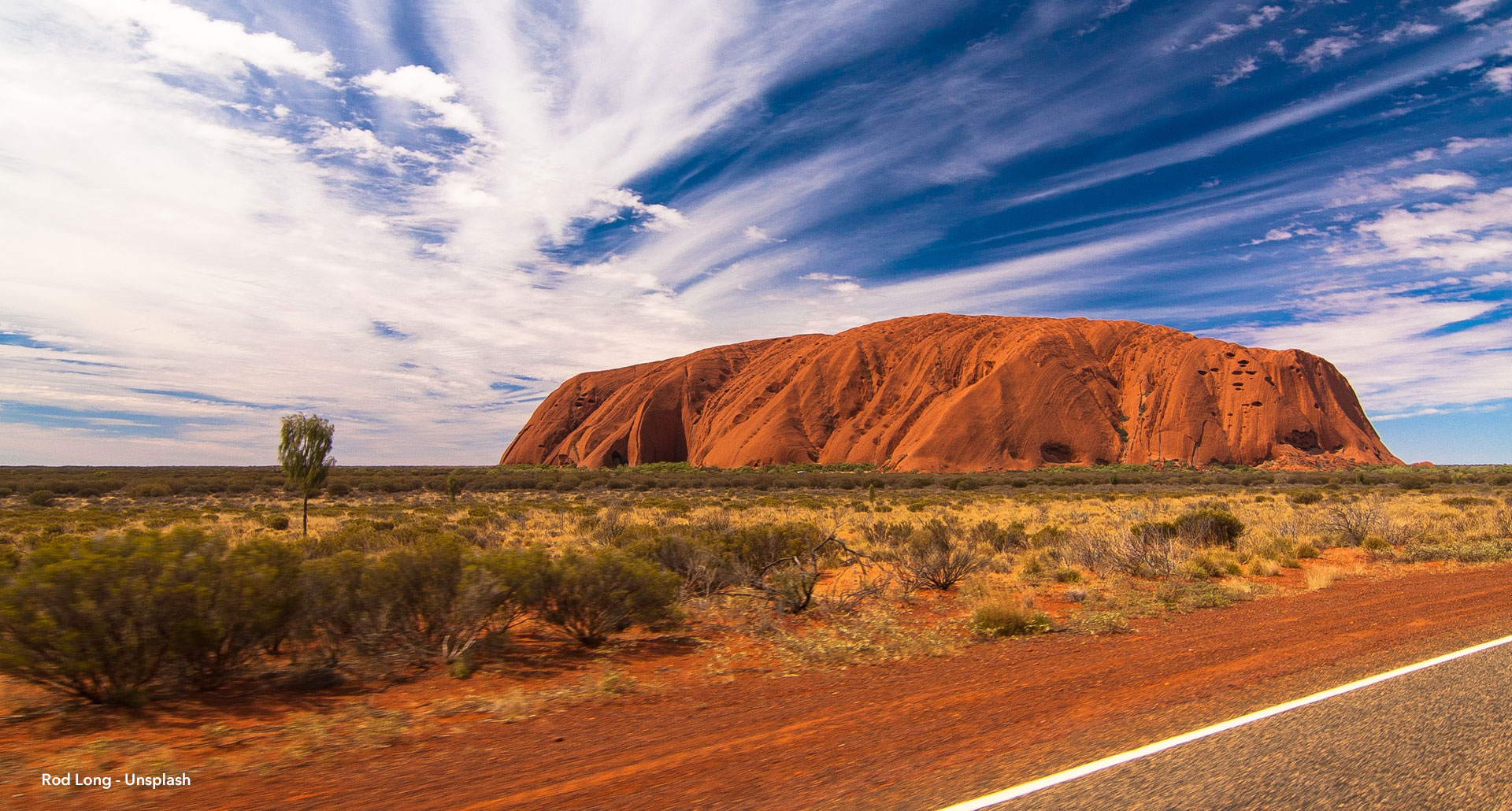 Among the most immediate cases of the last-chance phenomenon is also the most unique. For years, Uluru — a massive rock in Australia’s Red Centre — has practically called out to hikers to come climb it. And that’s the problem. Because for just as long, climbing the rock has been considered both disrespectful to the tradition of the Anangu people (for whom the rock is a sacred site) and physically destructive.

After years of discussion, a 2017 vote by the park’s board finally banned climbing. A decisive — if controversial — decision, though one that unfortunately doesn’t take effect until October 26th. As the deadline approaches, reports of unusually “dense lines of eager climbers” heading to the summit have emerged, with the New York Times detailing a “rush of visitors… putting new strain on the park” as “illegal camping, trespassing, and trash dumping” increases.

In this case, it seems there’s nothing to do but to wait for the ban to come into effect. After that, there’s plenty of other activities in the Red Centre besides a disrespectful hike. Nonetheless, it’s a perfect example of the pull of the last chance on travelers, a concrete, vivid vision of the phenomenon at its worst. 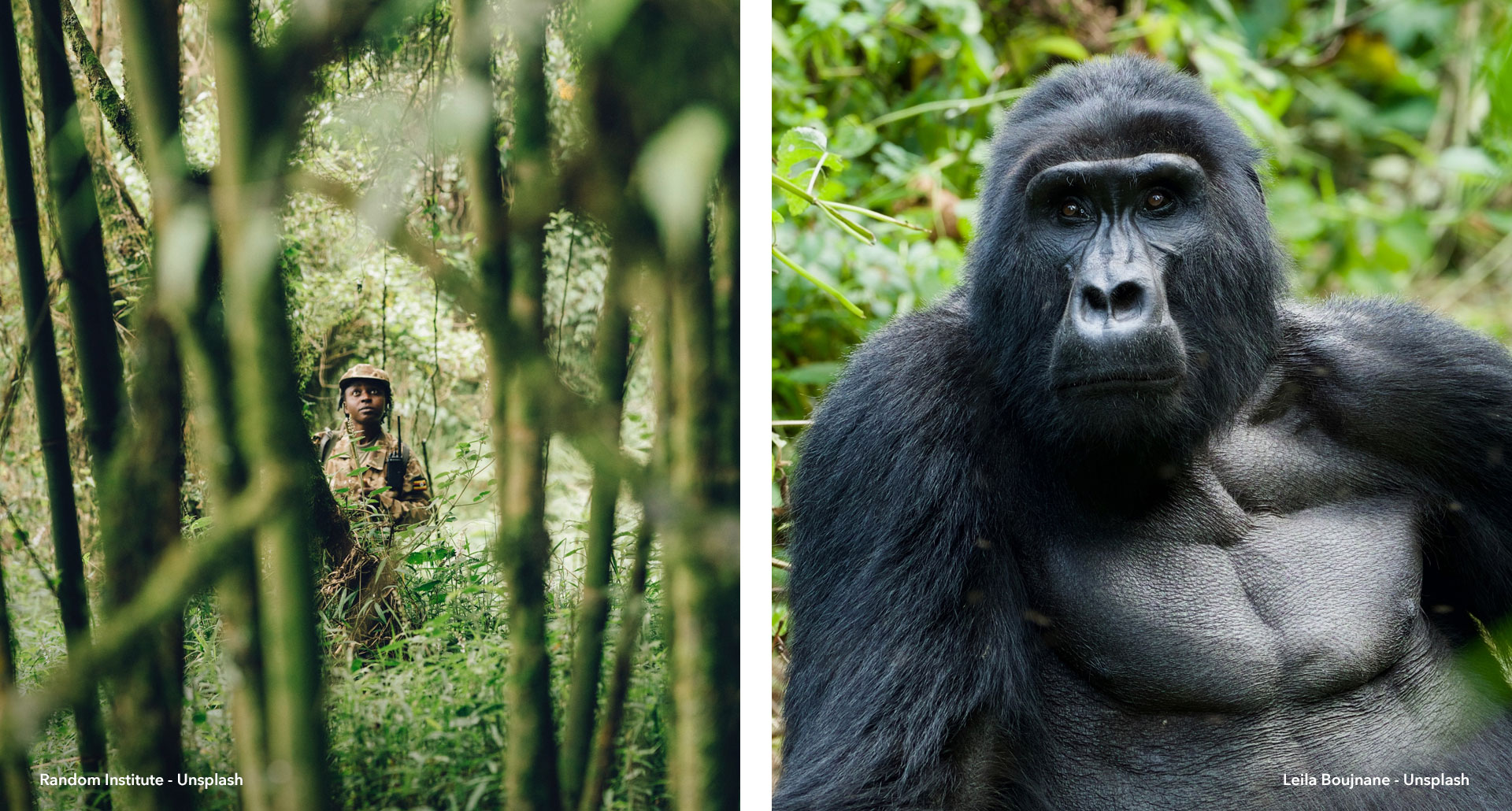 Two national parks, in Rwanda and Uganda, provide what is truly your last chance to see the extremely endangered mountain gorilla in the wild. Of course, that chance comes at the behest of your guide, who leads you toward a troop of apes who have their “movements… monitored around the clock.”

There are only around 900 mountain gorillas left today. Is there some cognitive dissonance in seeking them out in the last of their terrain, guided by a rifle-clad tracker, for a photo? Probably. At the same time, the tourist industry here has been praised for funding the protection of the gorillas, as well as schools and infrastructure for local communities. Again, regulation matters. Rwanda recently doubled the cost of tracking permits, already subject to strict maximums, in order to fund conservation efforts.

Today, the WWF reports that the population of mountain gorillas is slowly gaining. 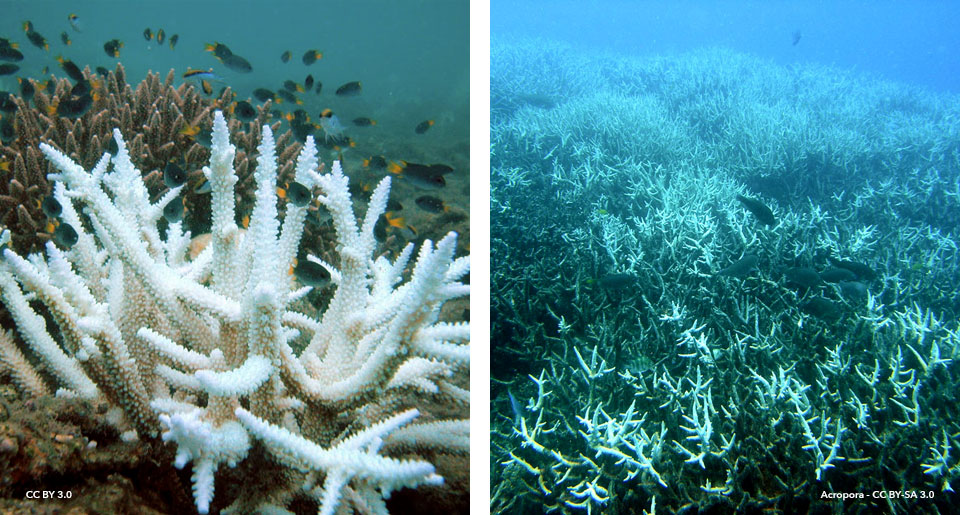 When the ocean gets too warm around a reef, the algae that gives the coral its distinctive, snorkel-worthy color is expelled and the coral “bleaches,” turning white. In the right conditions, it can come back. Otherwise, it dies. In 2016 and 2017, two “mass bleaching events” rocked the Great Barrier Reef — the largest in the world — killing a third of it in the first year alone.

Today, it’s those dramatic events that inform tourism as much as the remaining beauty. According to one study, 70 percent of visitors to the reef came to see it “before it’s gone.” This despite the fact that some will tell you their fears are largely misguided, that the reef is the size of Italy and not in danger of completely disappearing anytime soon.

Still, the Great Barrier Reef faces the same paradox as Churchill and the Galapagos, while sharing, too, the same hope around the conservation industry in Rwanda. More tourism means more pollution, more damaging sunscreen in the reef, more carbon released into the atmosphere in order to see a landmark that’s threatened by increasing carbon emissions. At the same time, the reef is faced with a desperate need for awareness of its plight and for tourism dollars that fund measures for its preservation.

But discussion of the Great Barrier Reef illuminates another unique problem with last-chance tourism. As the Australian Marine Conservation Society explains it, they “don’t want that [last-chance mentality] to build to be a general expectation… We don’t want a sense of fatalism.”

If visitors have given it up for dead, how can they fight for its survival?