Enjoy our Top Ten Tablet Plus hotels for the week of May 11. 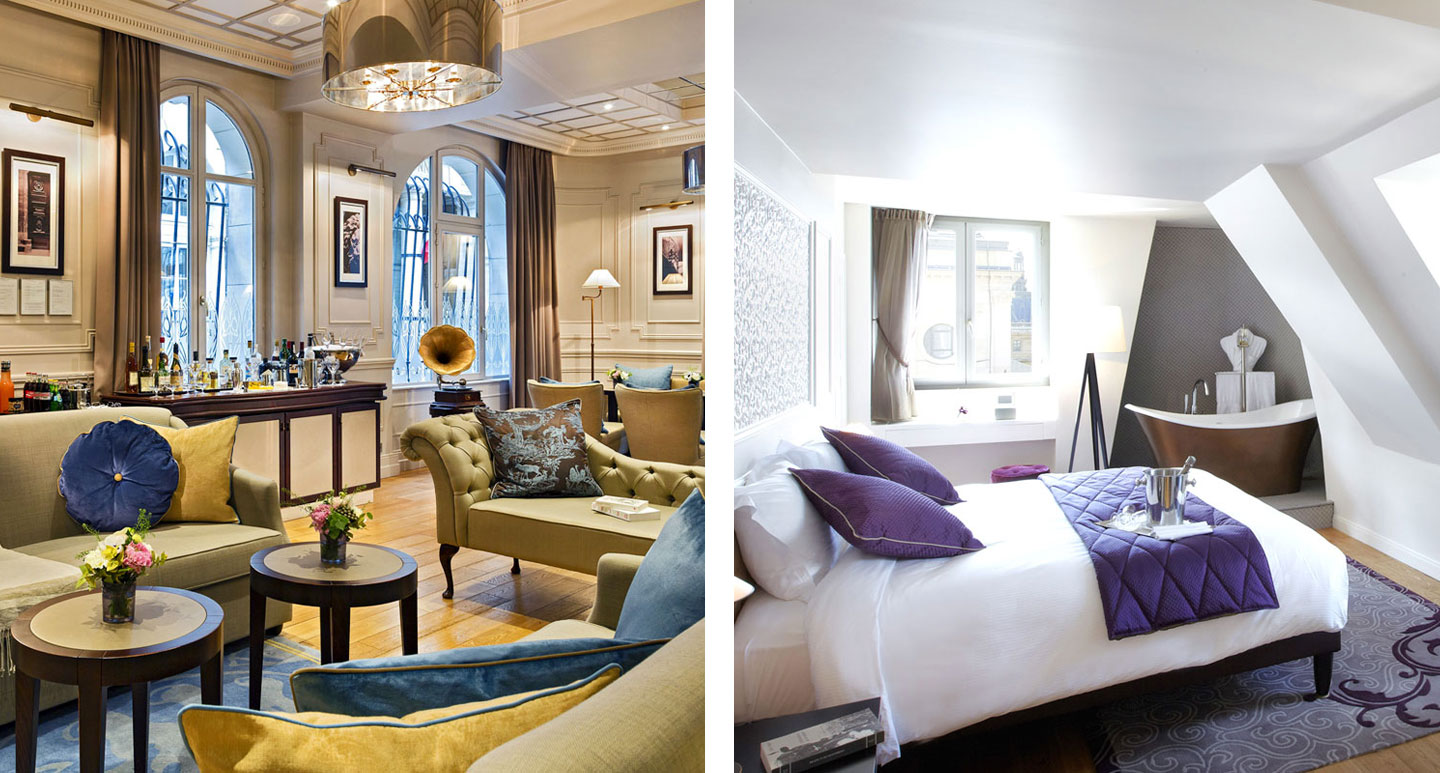 They’re not kidding when they say it’s one of the most sought-after addresses in Paris. La Clef Louvre is right next to the Palais Royal, around the corner from the Louvre, and just off the south end of the Avenue de l’Opéra. Occupying that prestigious address is a luxury boutique hotel comprised of fifty-one suites, all of which walk the fine line between hotel suite and serviced apartment; whereas some Parisian hotels are simply a place to lay your head at the end of the night, and perhaps drop off your shopping bags as you wander the streets by day, this is the sort of hotel where you’d be happy to spend some serious time shut in. 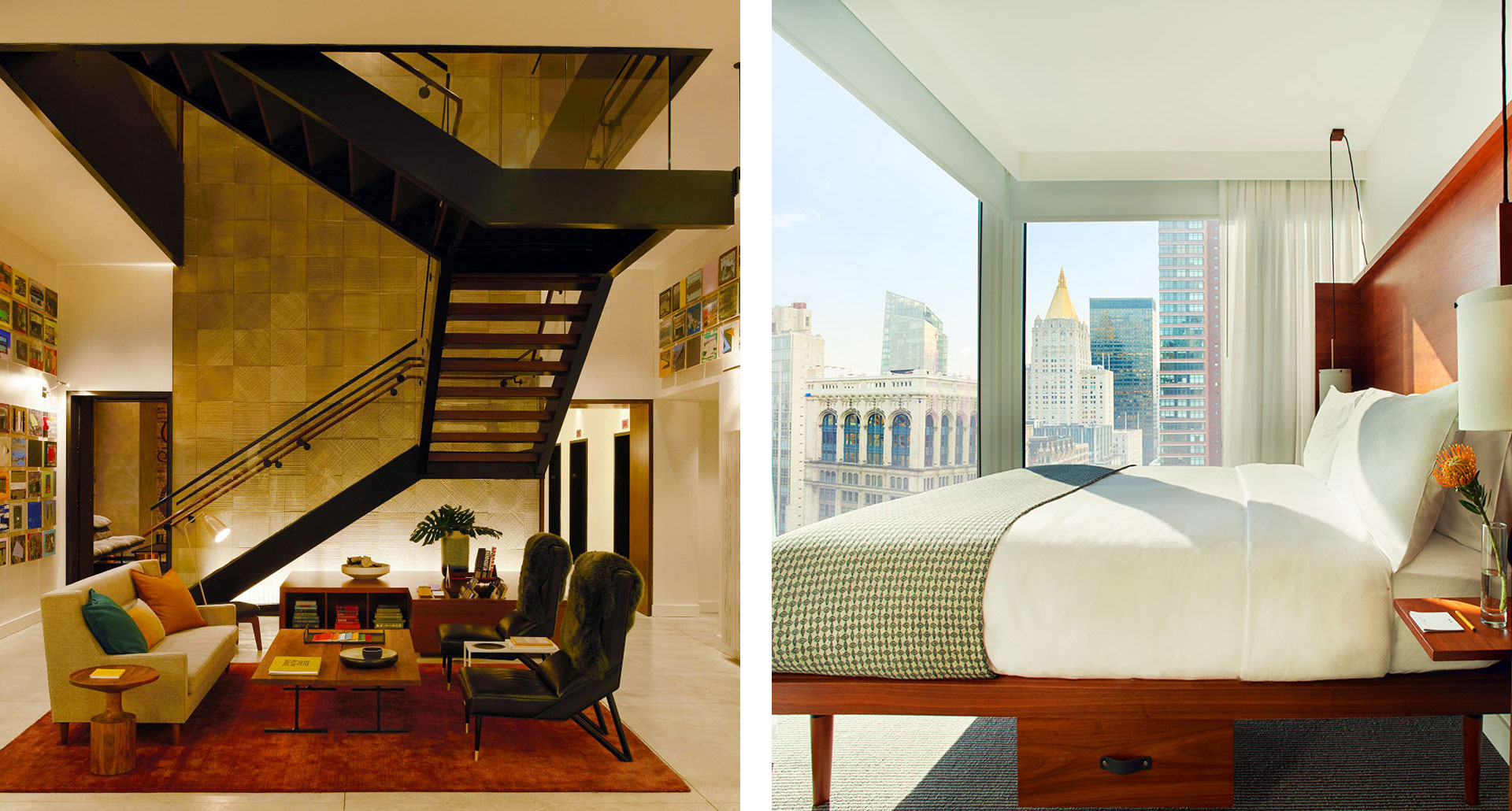 New York real estate prices being what they are, you can see why a spacious hotel room can easily run you a month’s rent back home. The flip side of this rule is that an affordable room is often laughably small. The Arlo NoMad, however, goes a long way toward solving the equation — through a combination of clever, compact layouts and the plentiful sunlight afforded by the full-length windows of a brand-new hotel building, its rooms manage to feel livable rather than laughable, in spite of their modest square footage. 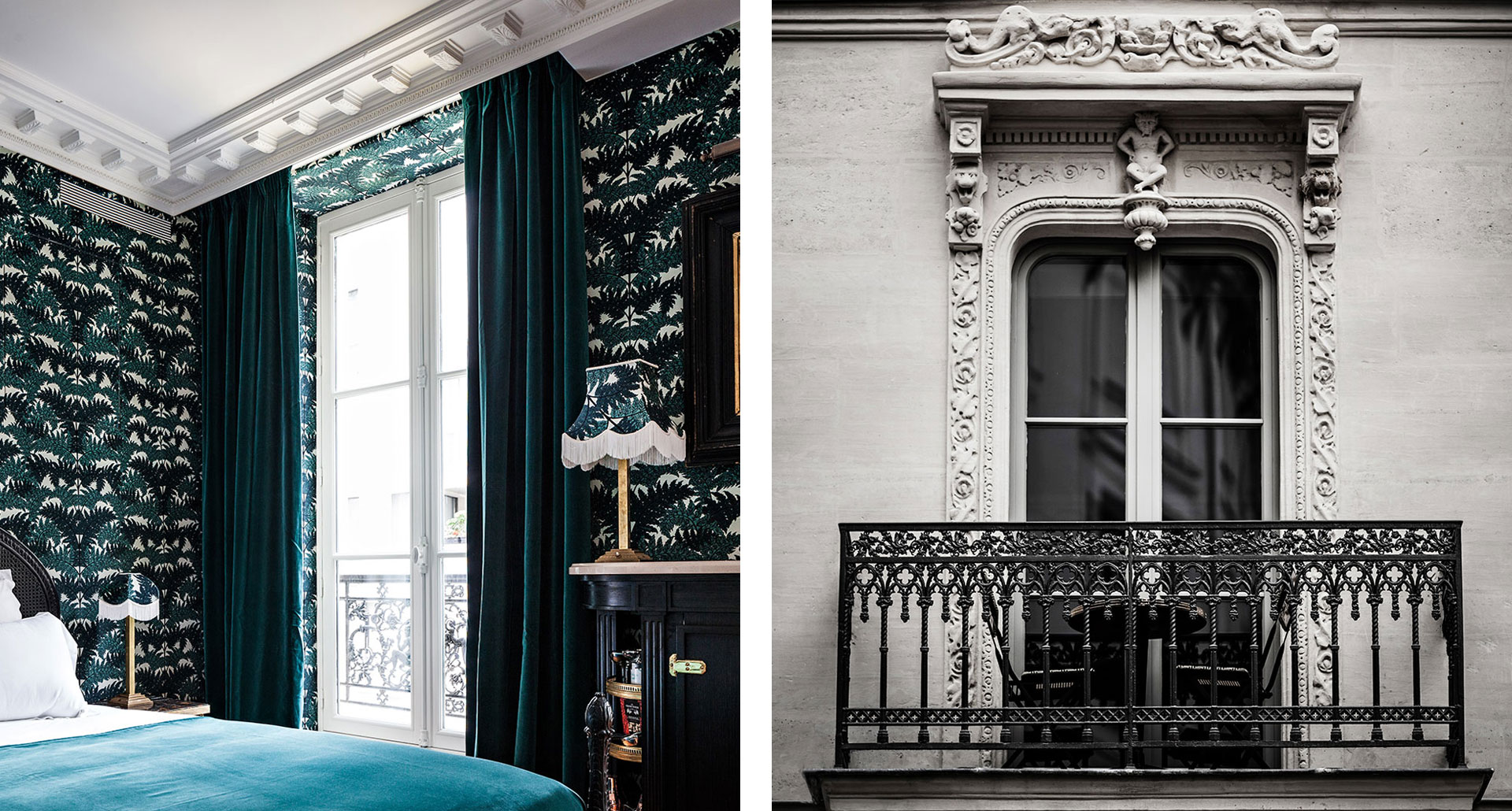 Hôtel Providence Paris is keeping things relatively quiet at the moment, in that sort of soft-opening way which, paradoxically, only serves to whet the appetite and heighten the anticipation. We’ll tell you what we do know: the location, where the 10th meets the 3rd, is one of Paris’s emerging hotspots, closer to Canal Saint Martin and the upper Marais than to any of the typical tourist destinations — it’s largely uncharted territory for hotels, and there’s no better feeling for a boutique hotelier than breaking new ground. 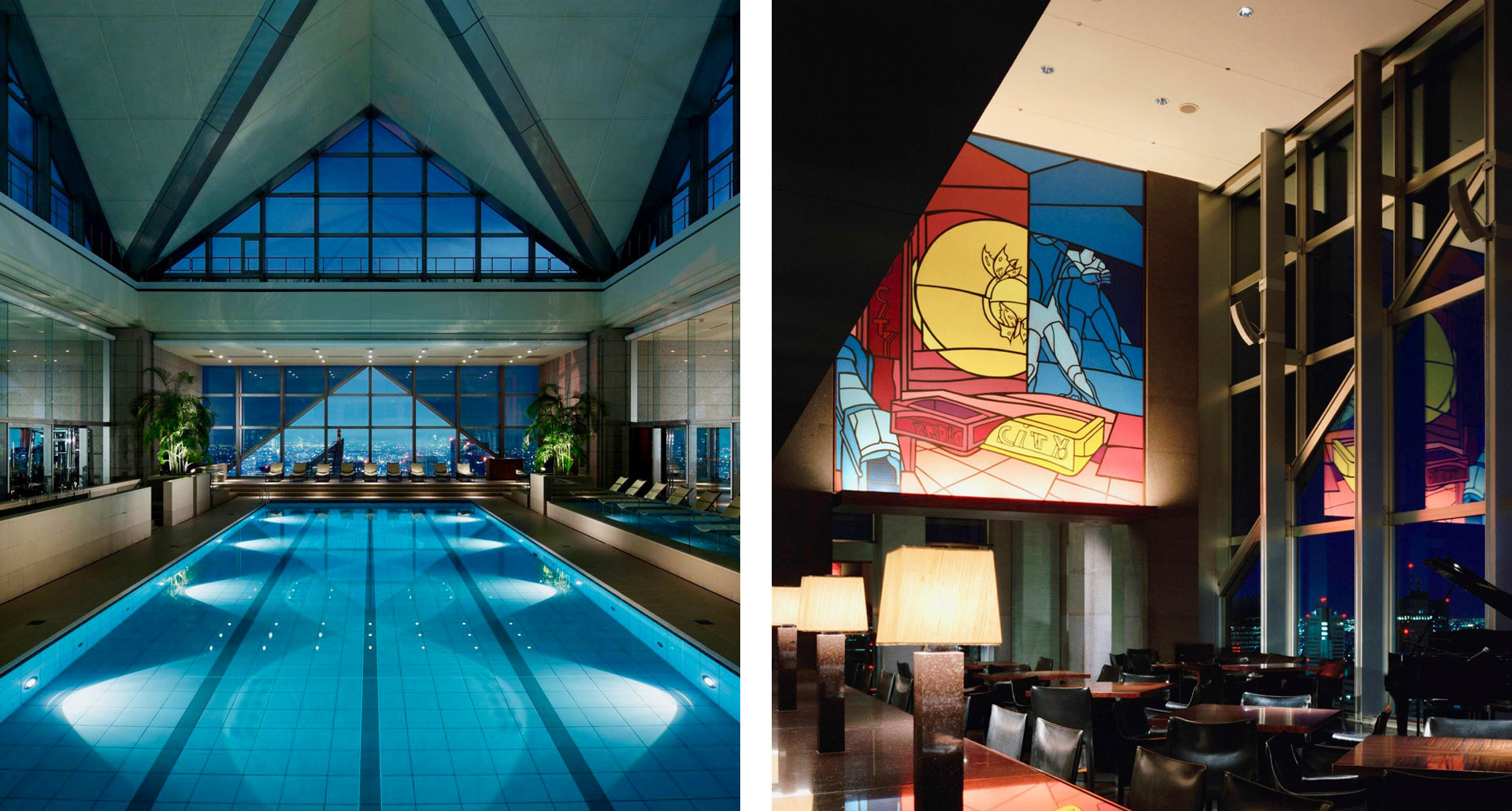 Every time you think that something couldn’t possibly be more perfect, the Japanese will prove you wrong. This is, after all, the country that gave us the flawless three-hundred-dollar cantaloupe. So when Tokyo takes on the boutique hotel, you can bet that it’ll be spectacular — and all the more so when it’s a Park Hyatt hotel set fifty-odd stories above Shinjuku, the most high-tech neighborhood in town. The views, needless to say, are ultra-Nippon cool. Best of all is the one from the tub, with its floor-to-ceiling, wall-to-wall window. As you soak in a bath that’s practically the size of a Tokyo apartment, you’re treated to a Godzilla’s eye view of the Blade Runner panorama below, with Mount Fuji hovering behind for good measure. 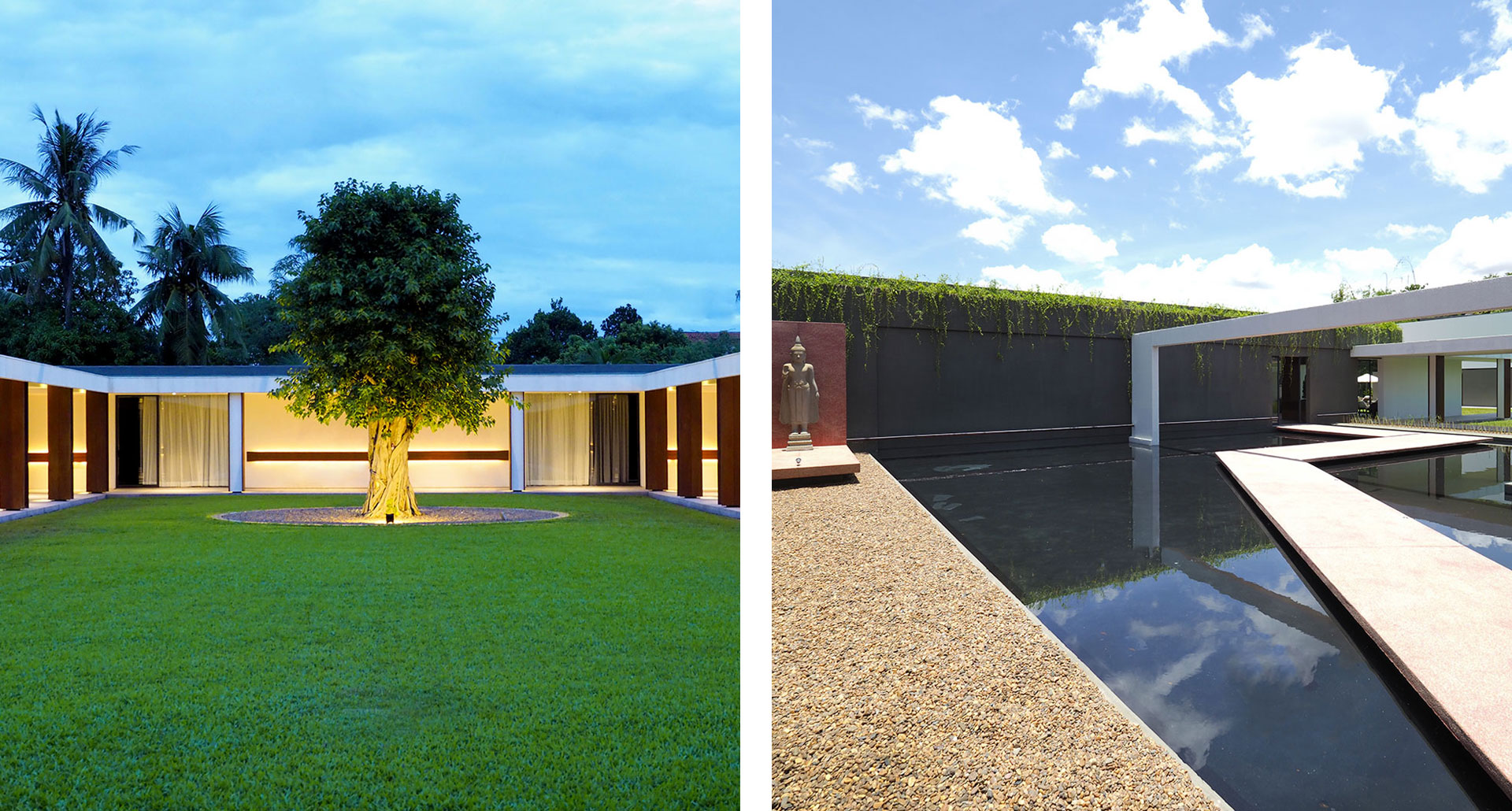 The idea of a minimalist, modernist luxury resort in some idyllic Asian coastal locale isn’t a new one. But the success of a hotel like the Balé Phnom Penh depends less on the element of surprise and more on pure execution. And on that score this one, like its older sister in Bali, is just about faultless; the design achieves the Zen simplicity it’s aiming for, and the physical comforts of the place ensure that you’re never shaken out of the blissful state that the architecture has induced. 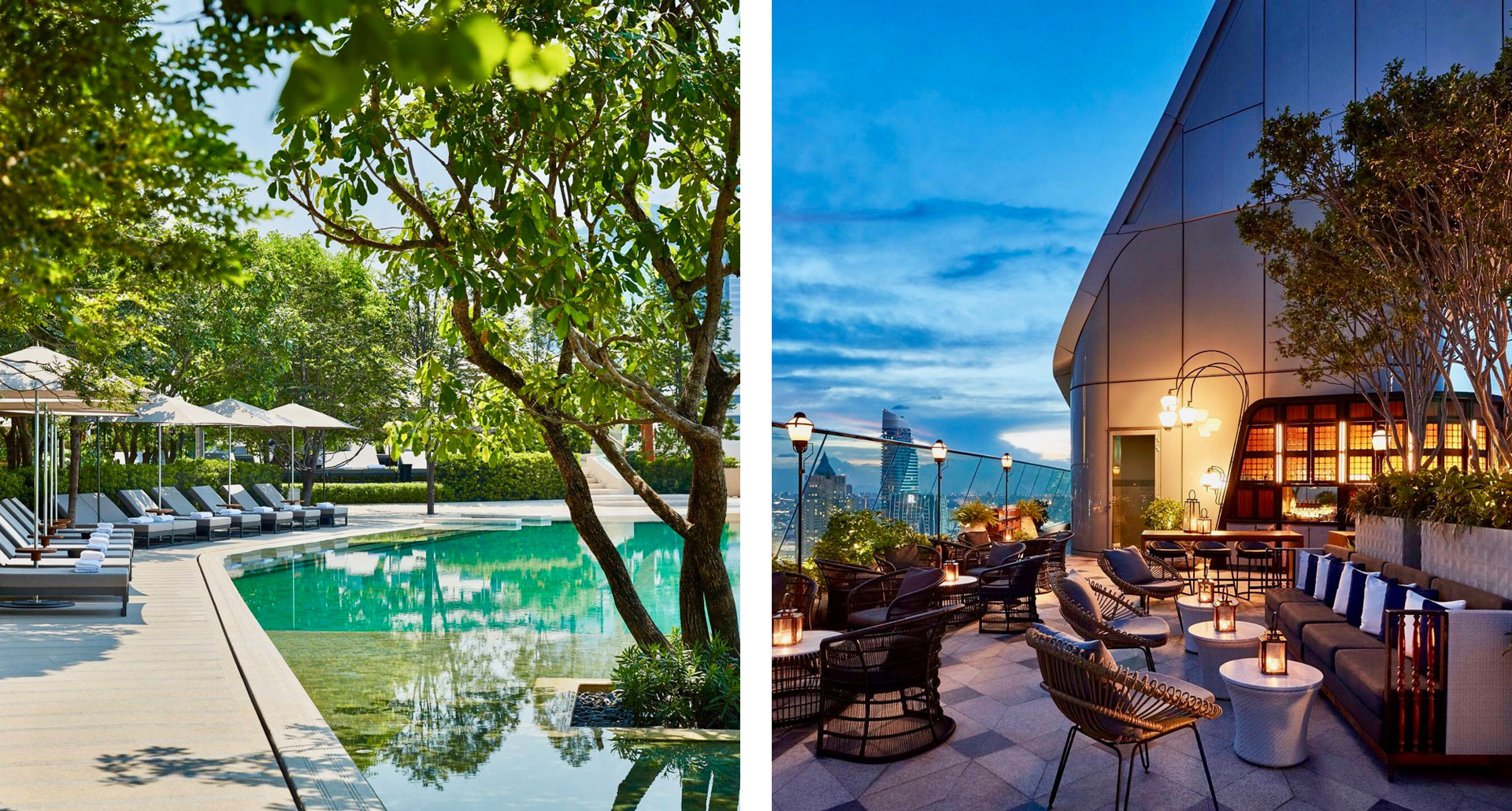 The Thai capital has always been loud, gritty, and alive. These days, it’s also increasingly one of Asia’s great modern cities. The brand-new, long-awaited Park Hyatt Bangkok is accordingly sleek. It sits firmly within the new Bangkok, with its skyscrapers, megamalls, and abundant air conditioning, and its eye squarely positioned on the future. So when you need a break from it all — because despite its modernity, this is still a city of traffic, pollution, and crowds — you’ll be glad you booked a room here. 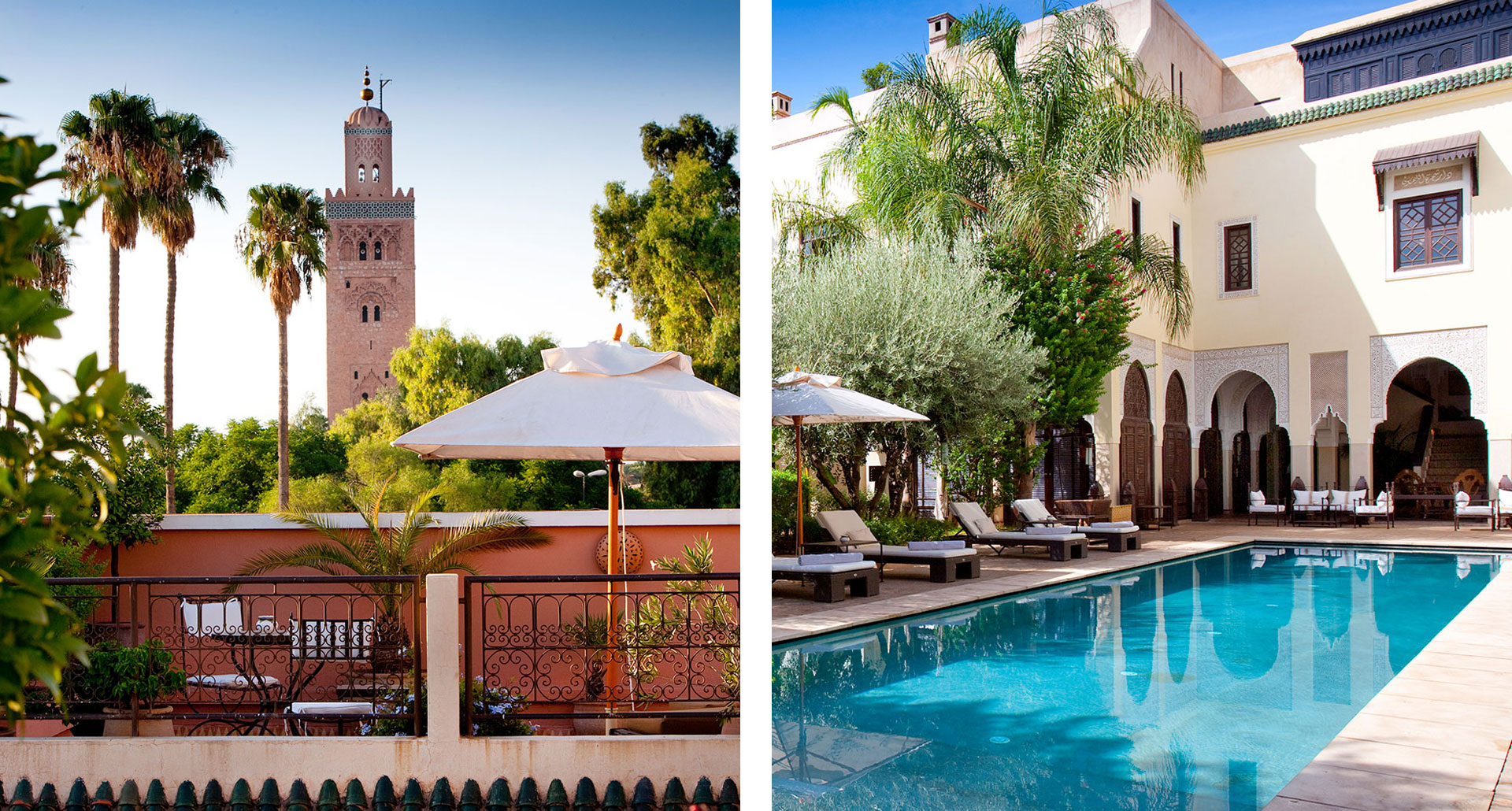 Key to the appeal of a riad hotel is the contrast between its city surroundings — in this case a busy neighborhood at the edge of the Medina — and the serene atmosphere within the riad’s walls. Behind a heavy carved wooden door on the rue Sidi Mimoun lies La Villa des Orangers, a pair of early 20th-century residences surrounding a pair of tranquil courtyards, one with an eighteen-meter heated pool, the other with a babbling fountain and a scattering of sofas and armchairs. 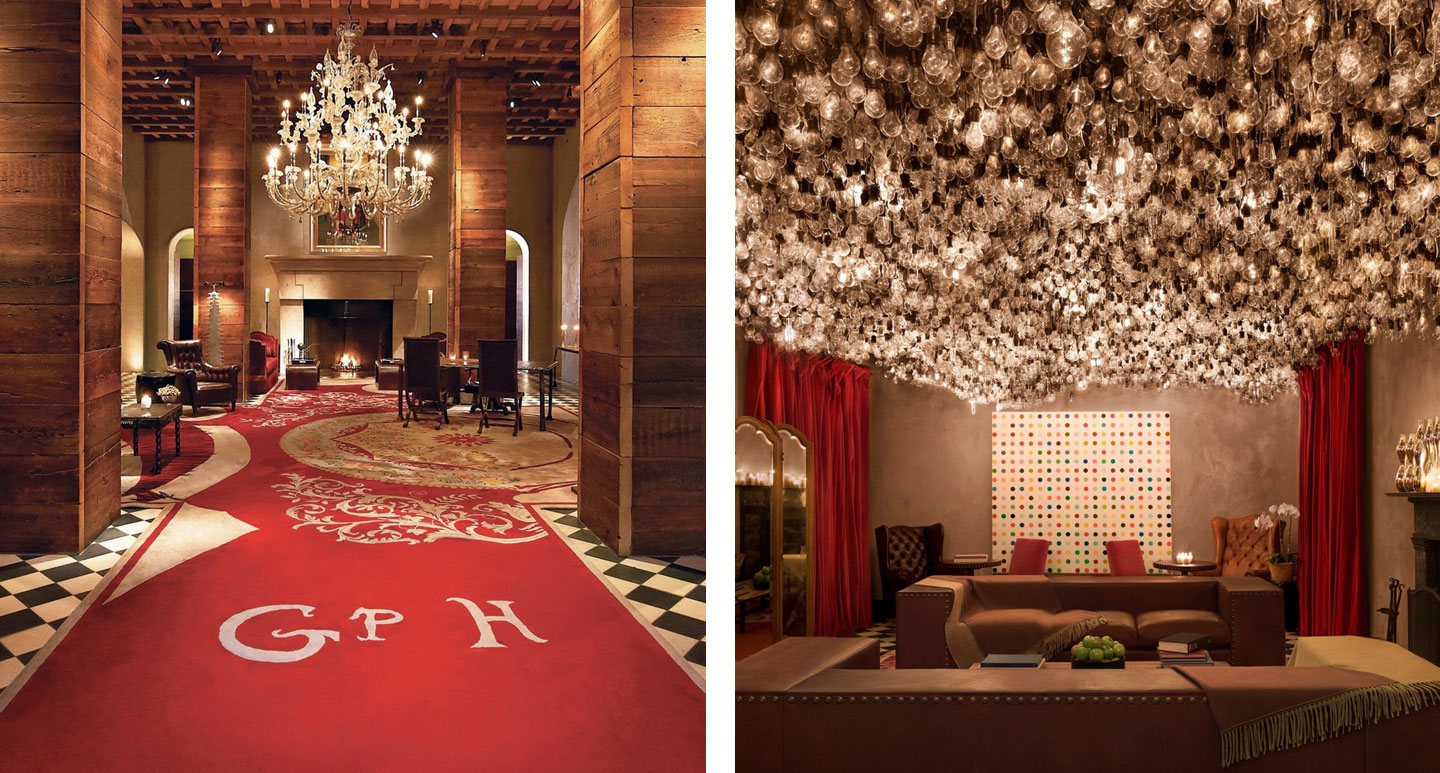 A city as storied as New York can be counted on to have passed through several distinctly nostalgia-worthy periods, but for our money there’s nothing quite like the Twenties vintage. Gramercy Park Hotel dates back to 1925, which places it square in the middle of this most elegant of decades. But it’s no period piece. The Gramercy Park that we see today was reborn in 2006, and it’s hard to overstate the impact it had on the New York hotel scene, thanks in large part to its ultra-romantic, ultra-bohemian interiors, designed by the painter Julian Schnabel at a time when all of Manhattan was in a monochrome, minimalist mood. 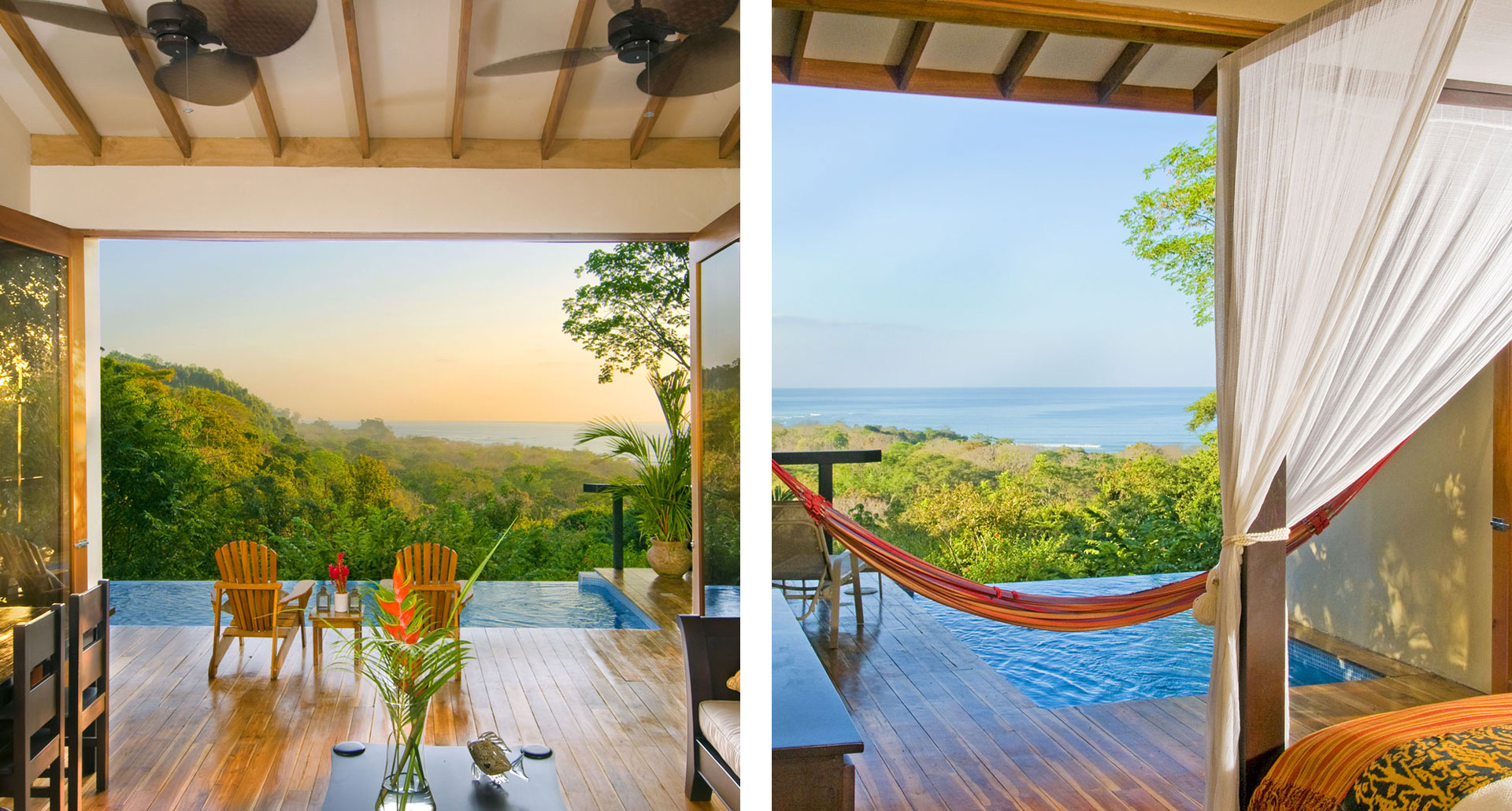 For some of us, the words “Costa Rican boutique villas” are more or less all that’s needed. Throw in “Pacific coast” and “Nicoya peninsula” and the chance that you still need convincing drops by half again. For the rest of you, the short version: Costa Rica, one-time low-budget backpackers’ haven, has expanded its upscale offerings, and a place like Casa Chameleon Mal Pais is the perfect venue for acquiring some first-hand knowledge of this trend. 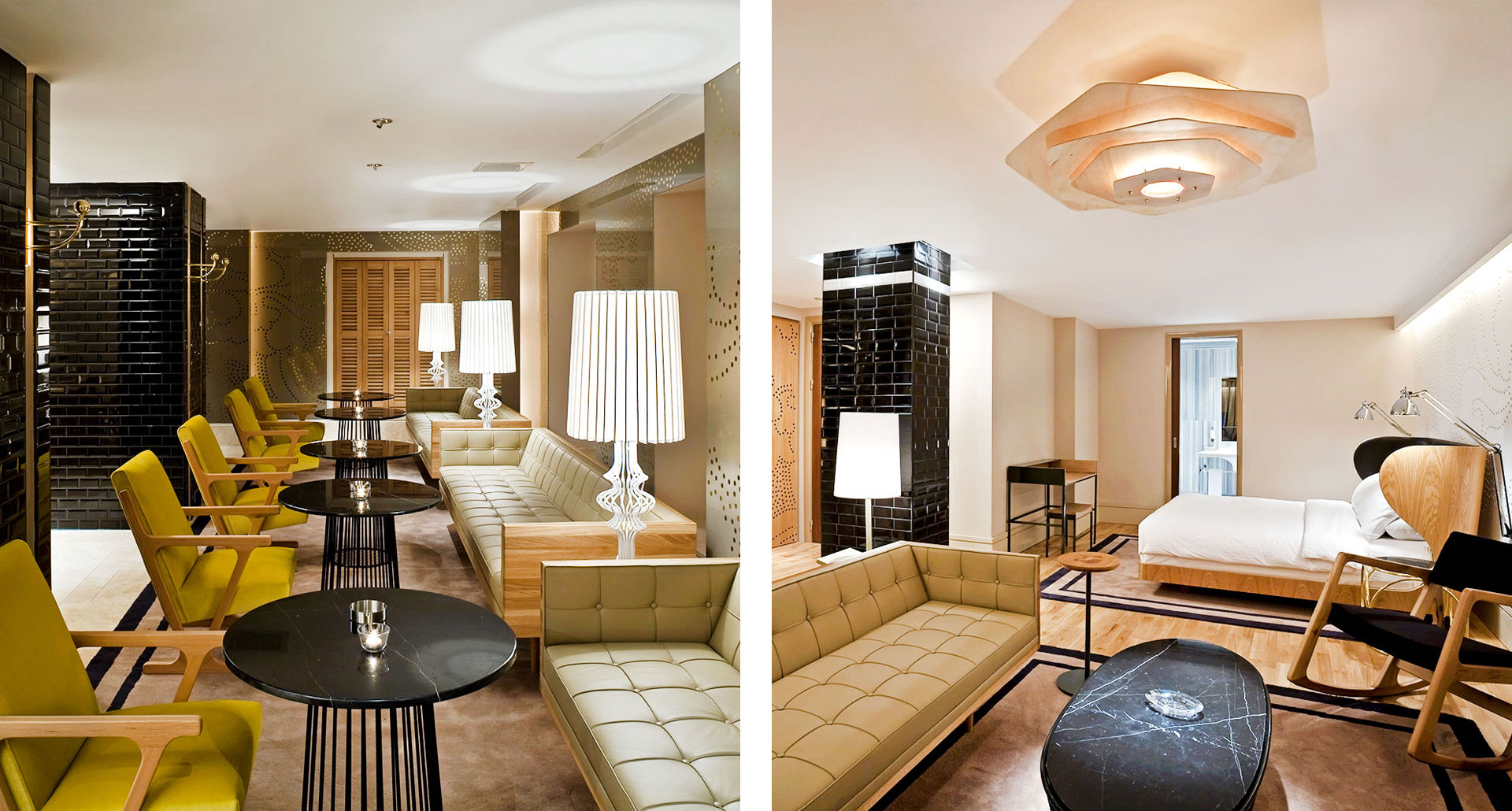 While other Istanbul hotels emphasize the city’s ties to antiquity, Witt Istanbul Suites is every inch the ultra-modern contemporary-design boutique hotel. Formerly an ad agency HQ, it’s close by to the central business district, as well as some of the best shopping, dining and nightlife in this modern quarter — and Roka, the ground-floor brasserie, ensures that the Witt gets its own share of the nightlife action.