Enjoy our Top Ten Tablet Plus hotels for the week of May 18. 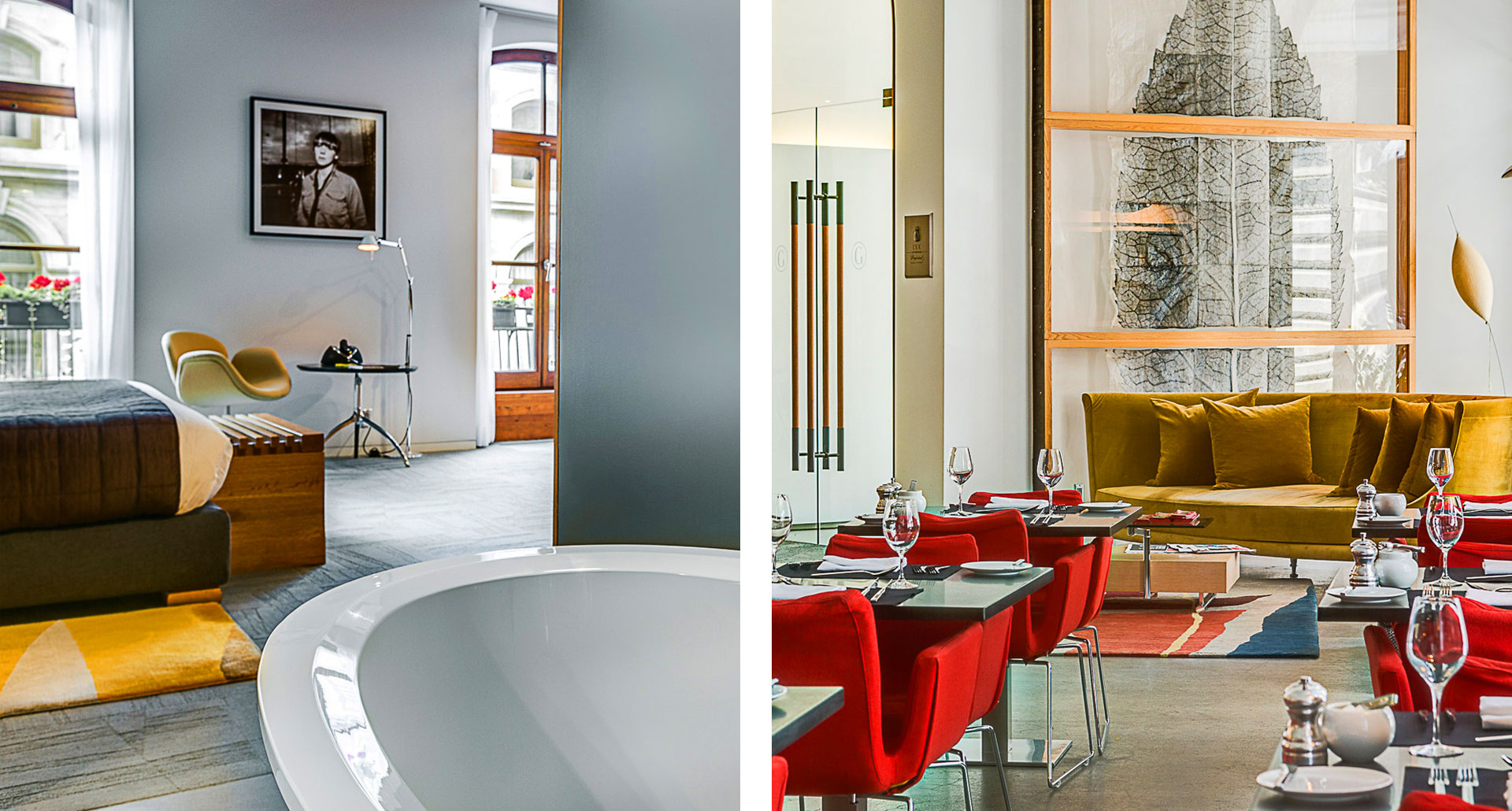 In the historic quarter of Vieux Montréal, behind the 18th-century stone facade of a former carpet factory, you’ll find one of the most modern hotels in North America. Hotel Gault has no time for the French country style of many of its neighbors—the look here is industrial contemporary, with open-plan loft-style rooms, floors of polished concrete, and 1950s Eames chairs that look as futuristic today as they did when they first came off the drafting table. 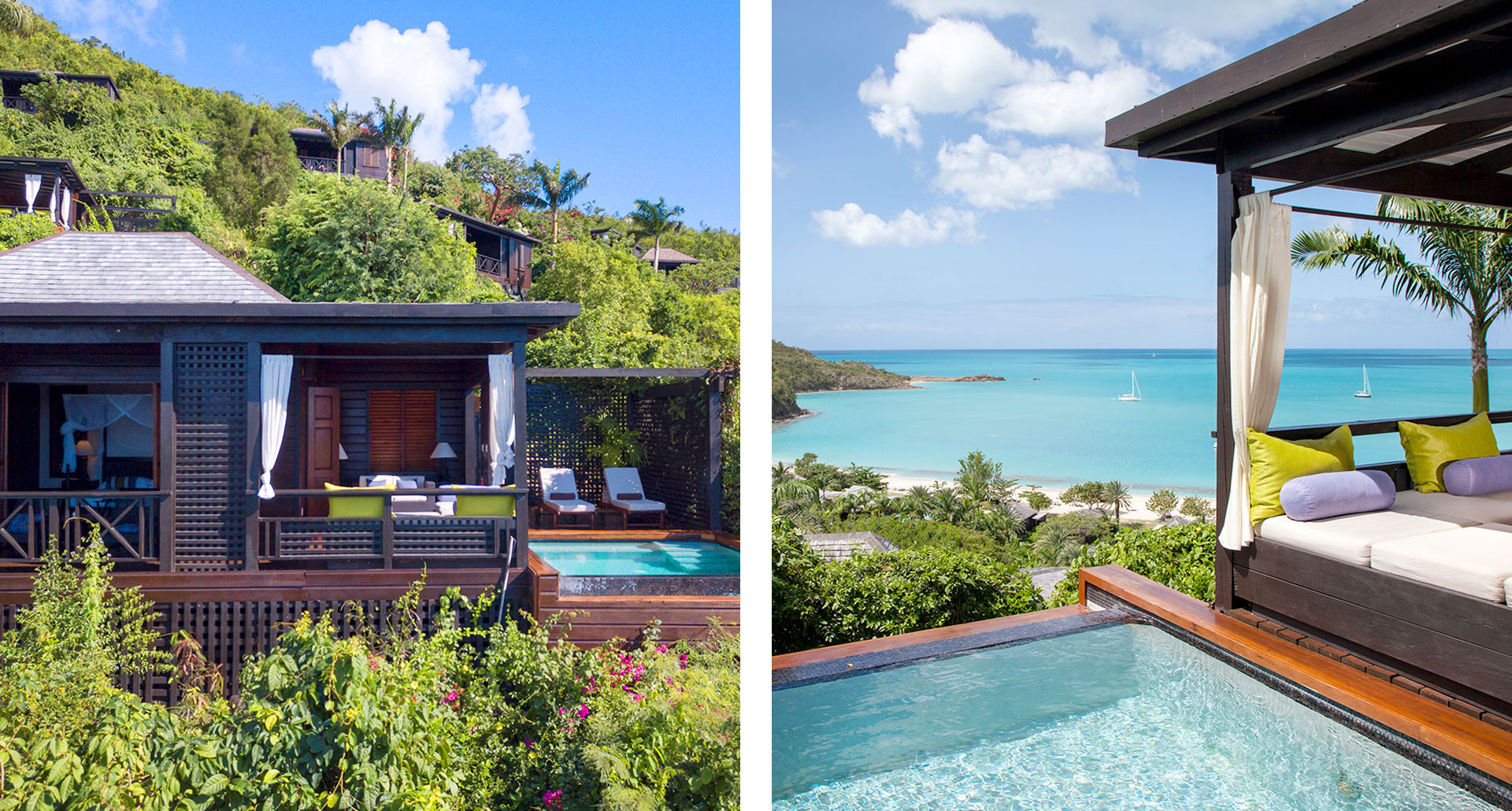 An idyllic Caribbean holiday should tick certain boxes: foliage must be verdant, sand must be white and waters must verge on day-glo blue. Luxury cabins, private plunge pools and gourmet dining are less common, and it’s exactly these not-so-trivial extras that rank Hermitage Bay as one of the most desirable destinations in Antigua. 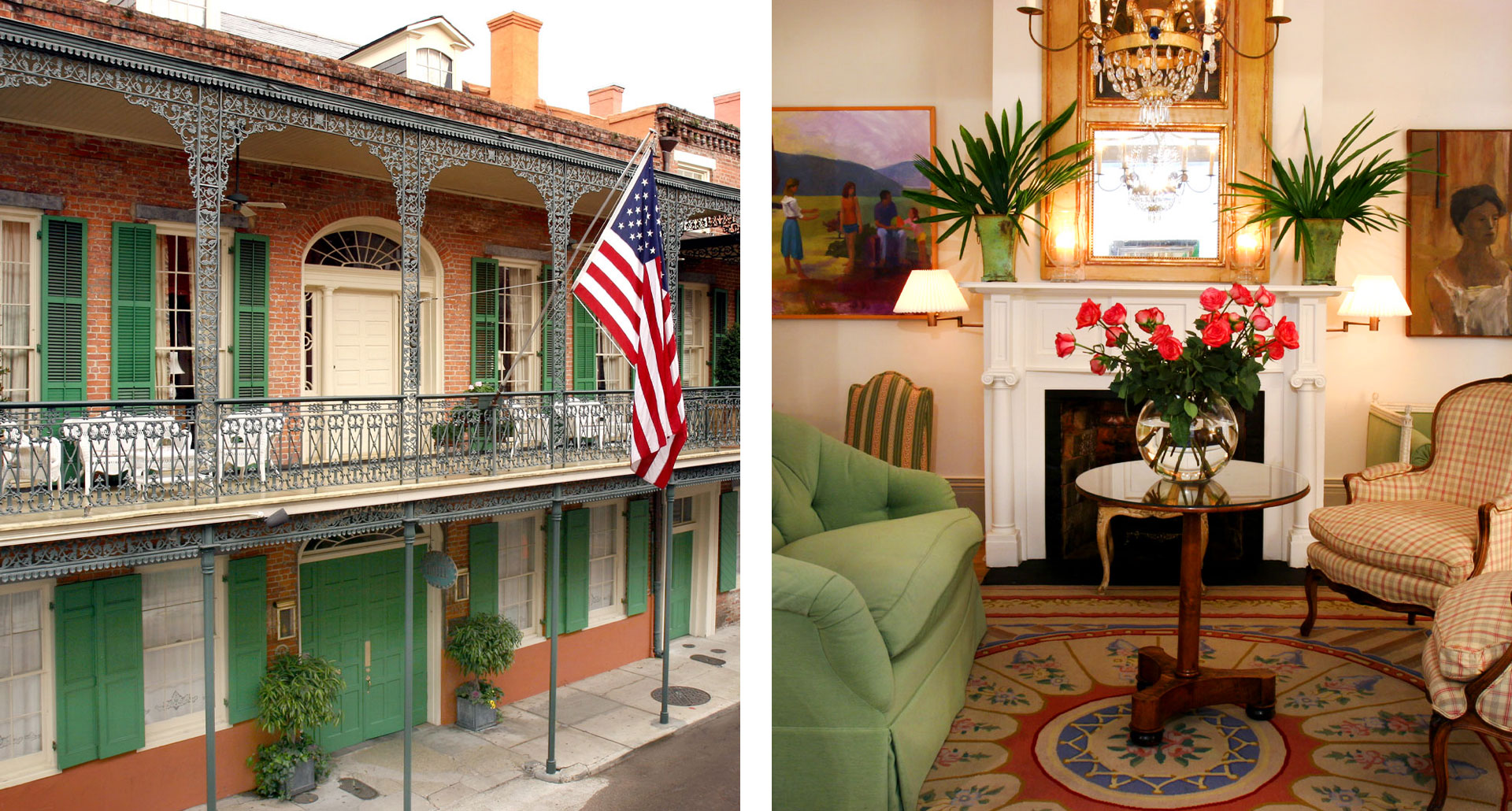 Certain parts of New Orleans had been quick to trade history and atmosphere for a quick tourist buck. But the Soniat House is the precise opposite of the phony drunken theme park atmosphere which was once so readily available elsewhere. This, a peaceful residential district in the lower Vieux Carré, is the authentic New Orleans, all nineteenth-century Creole charm, and this hotel is as authentic as they come, three 1830s townhouses converted into the city’s finest boutique hotel. 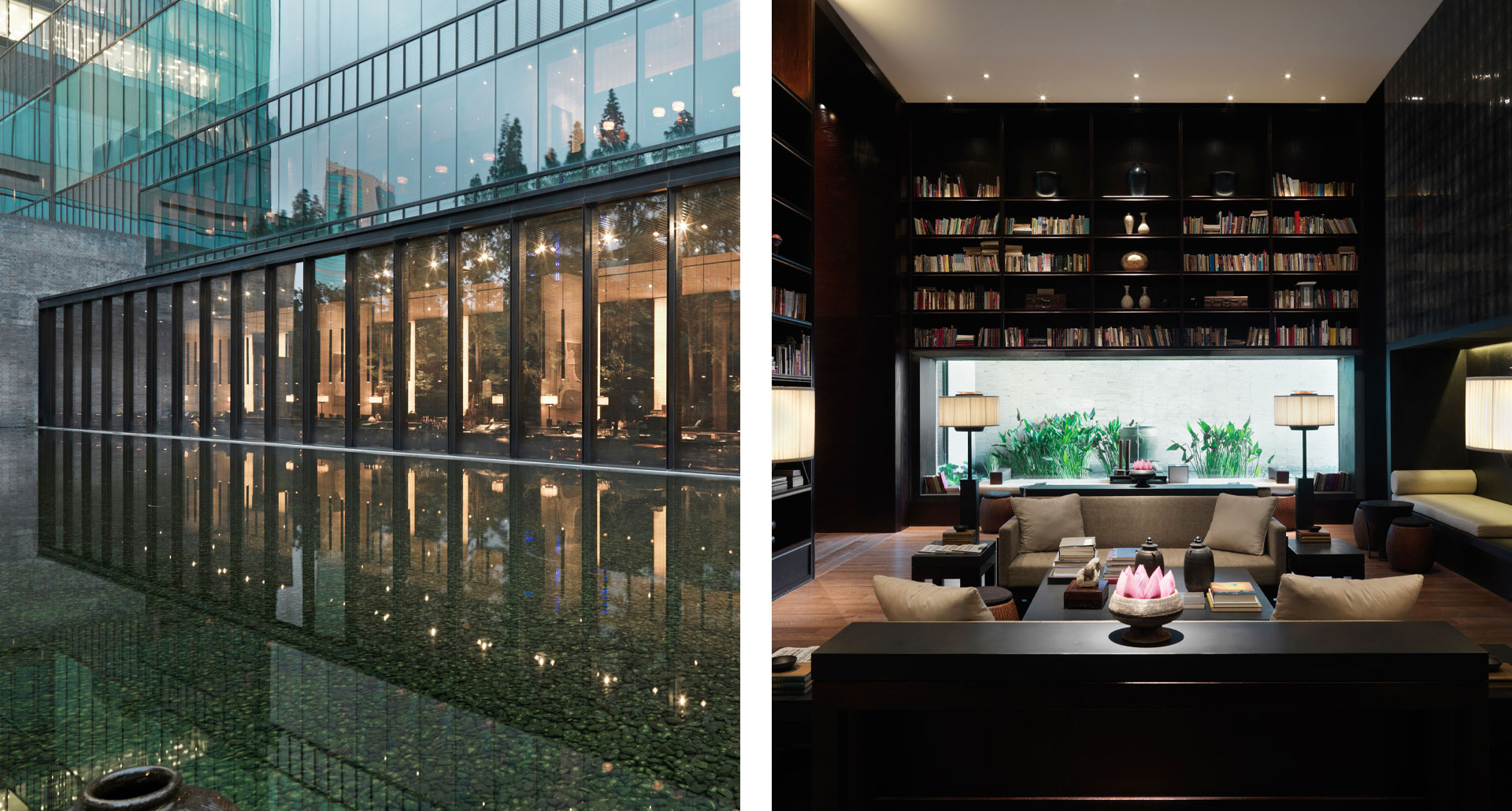 It’s the city of the future, Shanghai — lucky, then, that its hotels, as a class, have quickly joined the ranks of the best in the world. For a little evidence supporting that proposition one need look no further than the PuLi Hotel and Spa. Where one might expect another outpost of the established big-luxury chains, we find the flagship of a new group, the prosaically named Urban Resort Concepts — they’re saving the poetry, it seems, for the product itself. 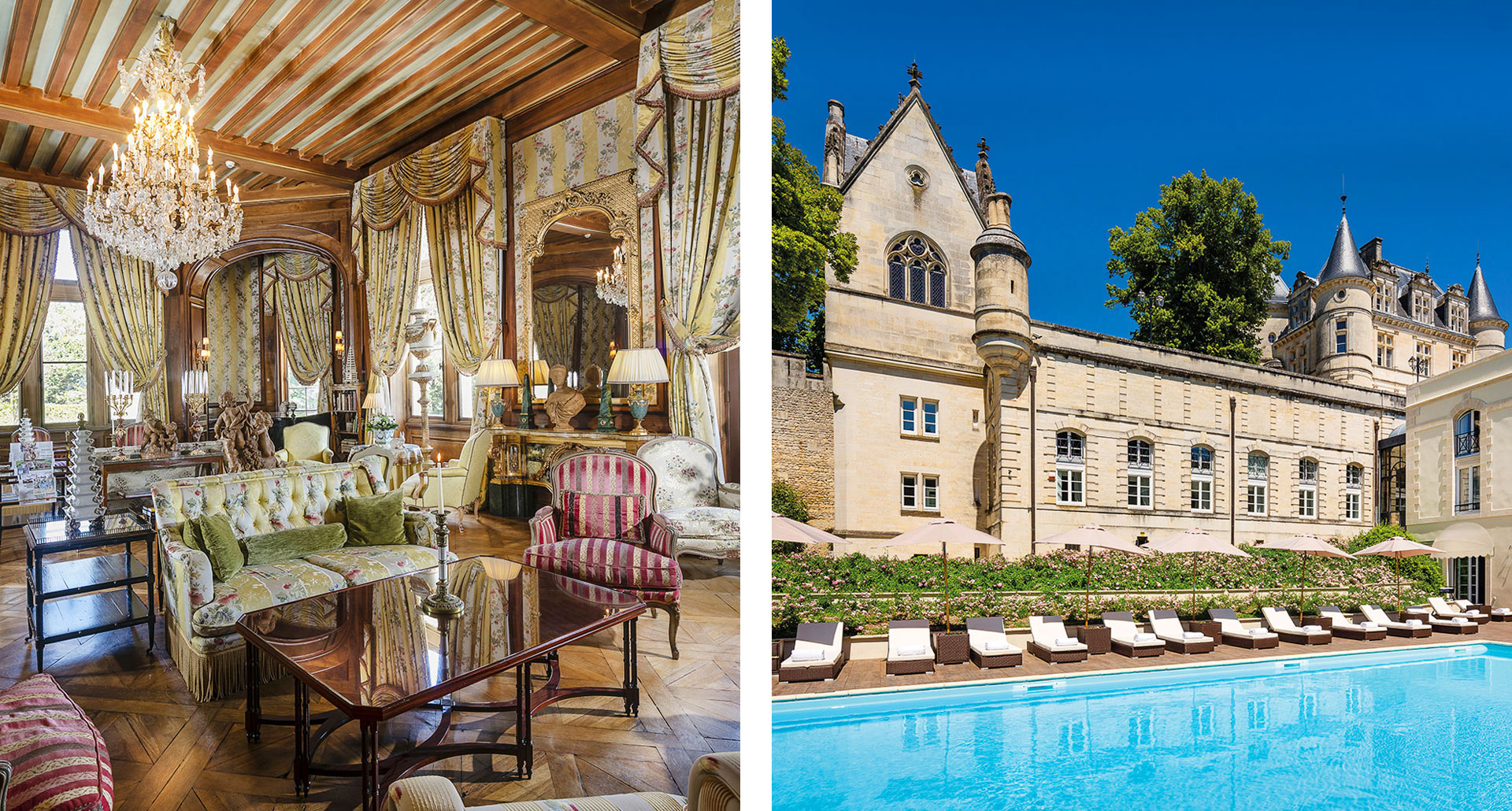 This Renaissance-style castle looks like a vision from a storybook, all cylindrical towers topped with spires, half of it from the 17th century and the rest dating back to the 12th. And the surroundings are no less magical—Chateau de Mirambeau is in the Charentes-Maritimes, between Cognac and Bordeaux, a uniquely strange district of canals, rivers, salt marshes, and an overriding tinge of green. 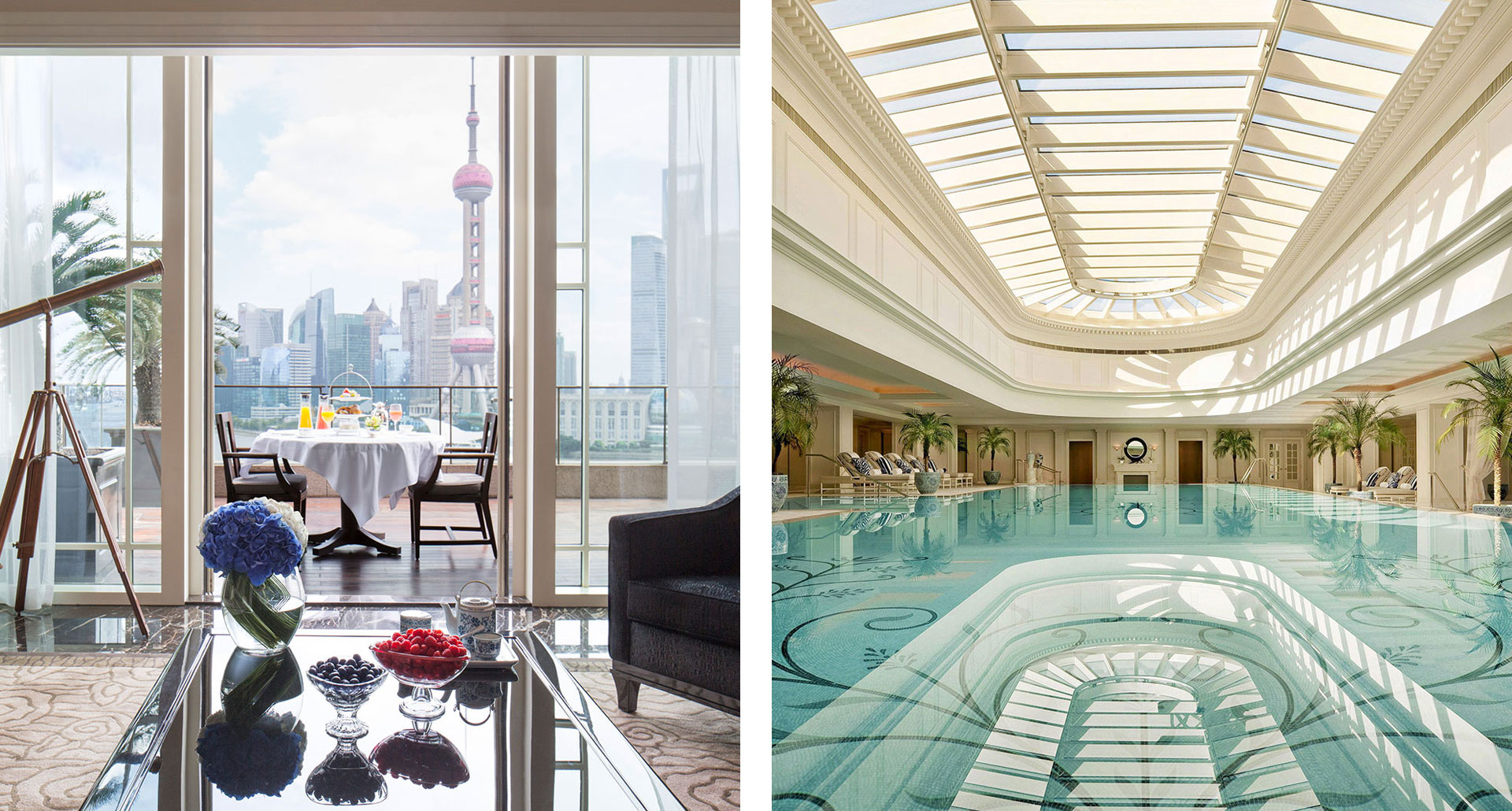 If, as we contend, Shanghai is going to be the future’s unofficial capital, it’s going to need more extraordinary hotels of every description — not just modern-design boutique hotels but classic grand hotels as well. The Peninsula Shanghai, on that score, certainly qualifies as a rather large step in the right direction; with its soaring, marble-clad Art Deco lobby (and its location on the Bund, a location where classic architecture is the rule) it already feels like it’s been here more or less forever. 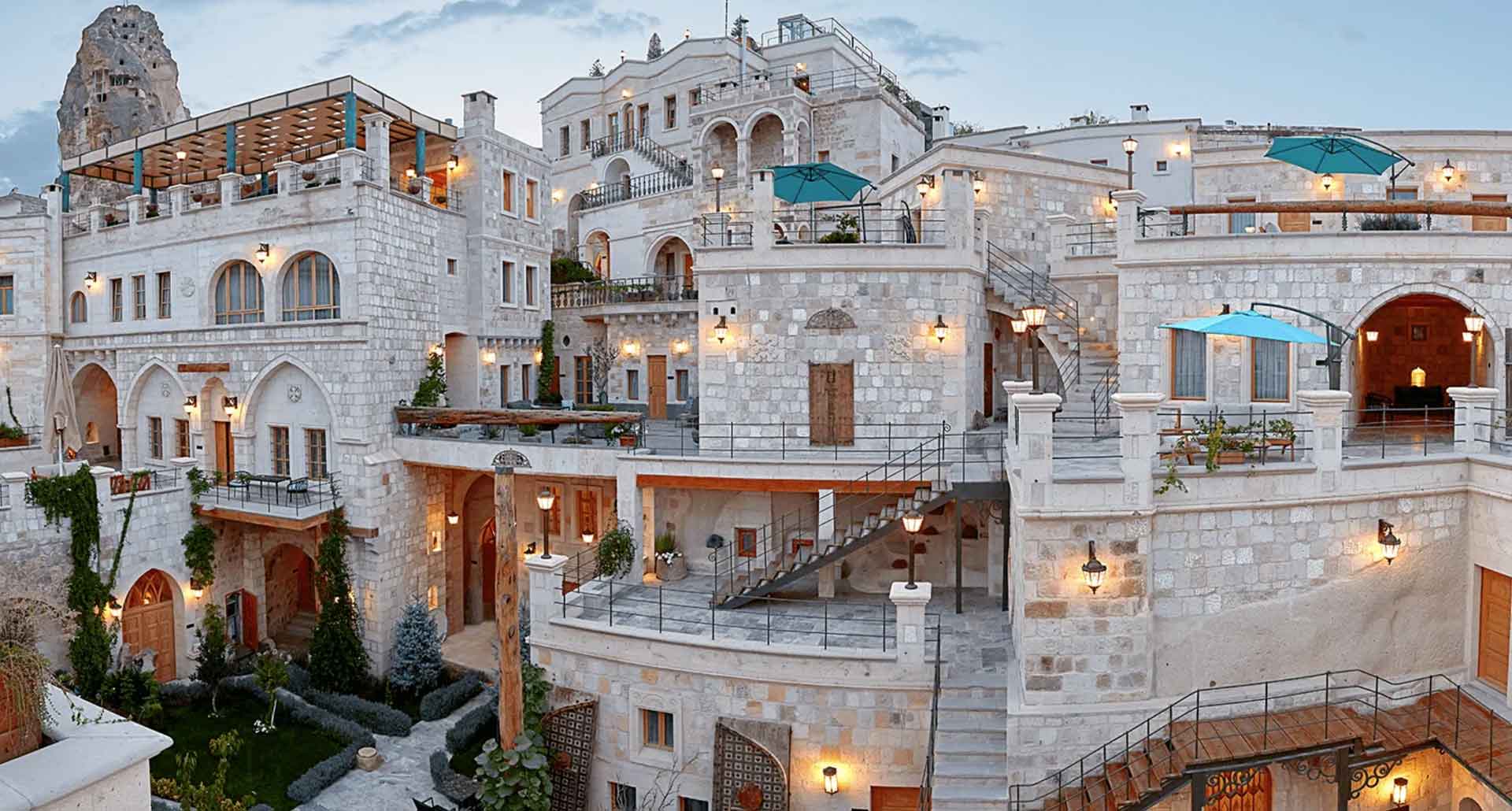 Cappadocia’s cave-complex hospitality scene is here to stay, and foremost among your destinations should be the Exedra Hotel Cappadocia, whose craggy nooks and alcoves retain every bit of their fantastic, old-world appeal. Just off the main square of ancient, sleepy Ortahisar (“middle castle,” referencing the town’s defining feature, a towering sedimentary formation pockmarked with holes and hideaways), the House Hotel occupies a clutch of stone homes and grotto-like caves carved from the malleable earth. 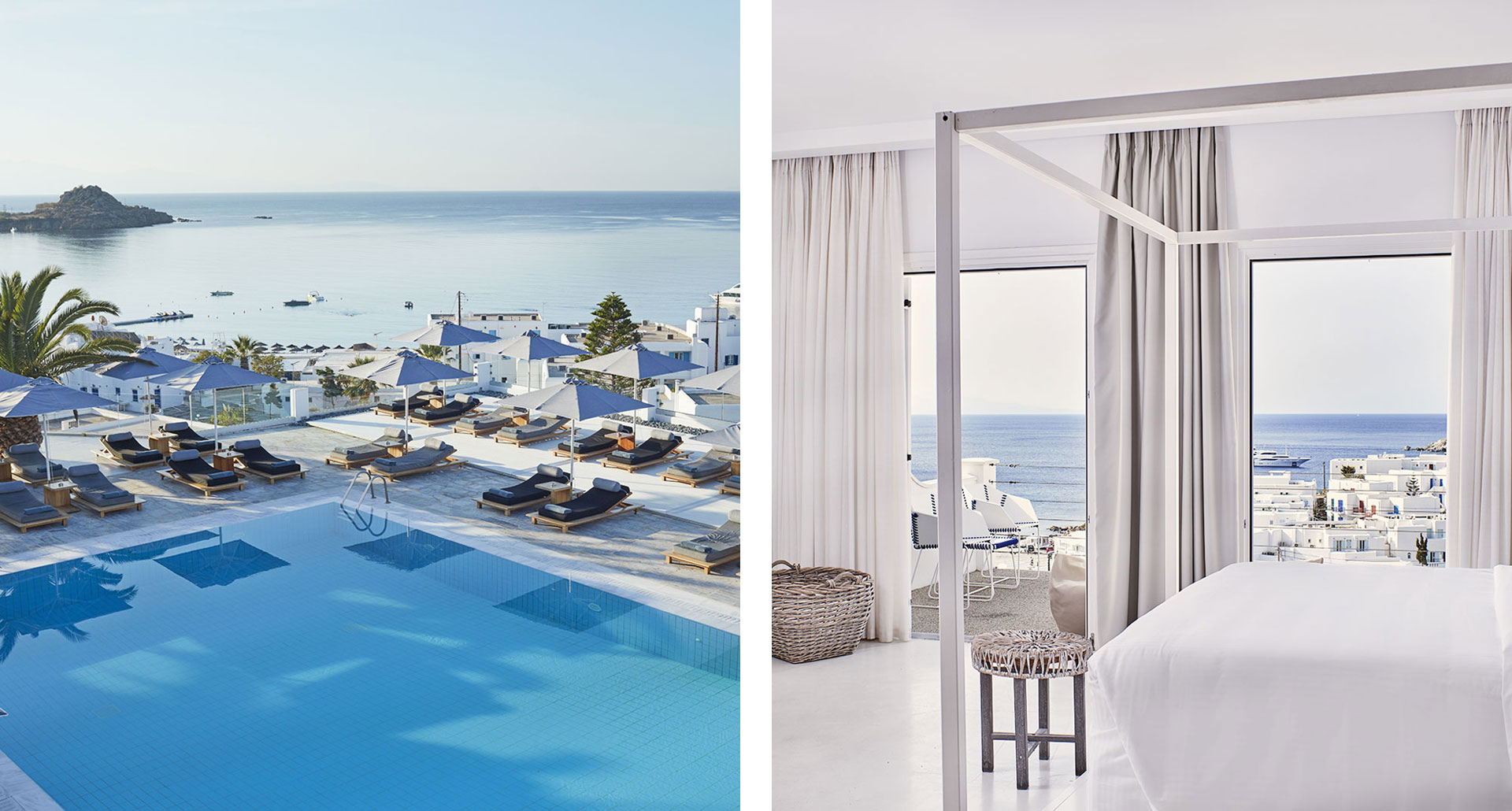 Sometimes you’re in a mood to blaze a new trail and hide out in some emerging destination nobody’s ever heard of. But often the classics are classics for a reason — and if you ignore Mykonos because of its fame, you risk missing out on what just might be the Greek island experience in its purest and most concentrated form. The Myconian Ambassador doesn’t shy away from the spotlight. The location, on a hillside just above the beach at Platis Gialos, makes for stunning sea views. And the sheer luxury of its rooms and suites makes a compelling case for Mykonos as the capital of the Mediterranean good life. 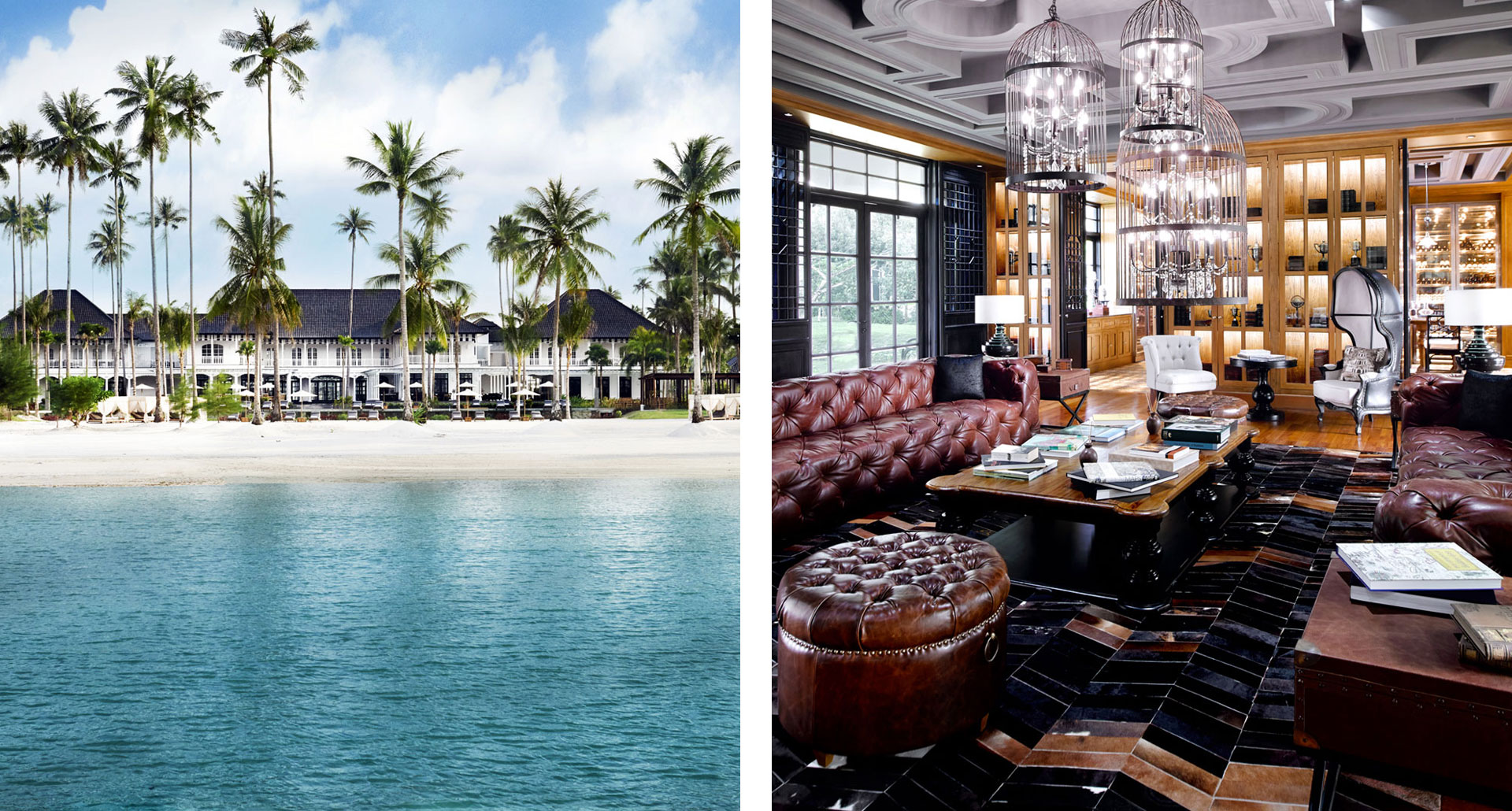 Ah, paradise — just a hop, skip and a jump away. Well, for non-locals, just a flight to Singapore, then a 15-minute drive to the ferry terminal, then a 45-minute boat ride to the island of Bintan, then another 15-minute drive to the north shore. We won’t pretend otherwise: the Sanchaya is far away from everything. But the remoteness is part of its appeal. And the path to this particular paradise goes a bit faster and smoother than it would if you were staying in some other resort. The Sanchaya handles express immigration and customs clearance, and has a private VIP lounge in the ferry terminal. In other words, you’ll be relaxing with tea or champagne while someone deals with your paperwork. 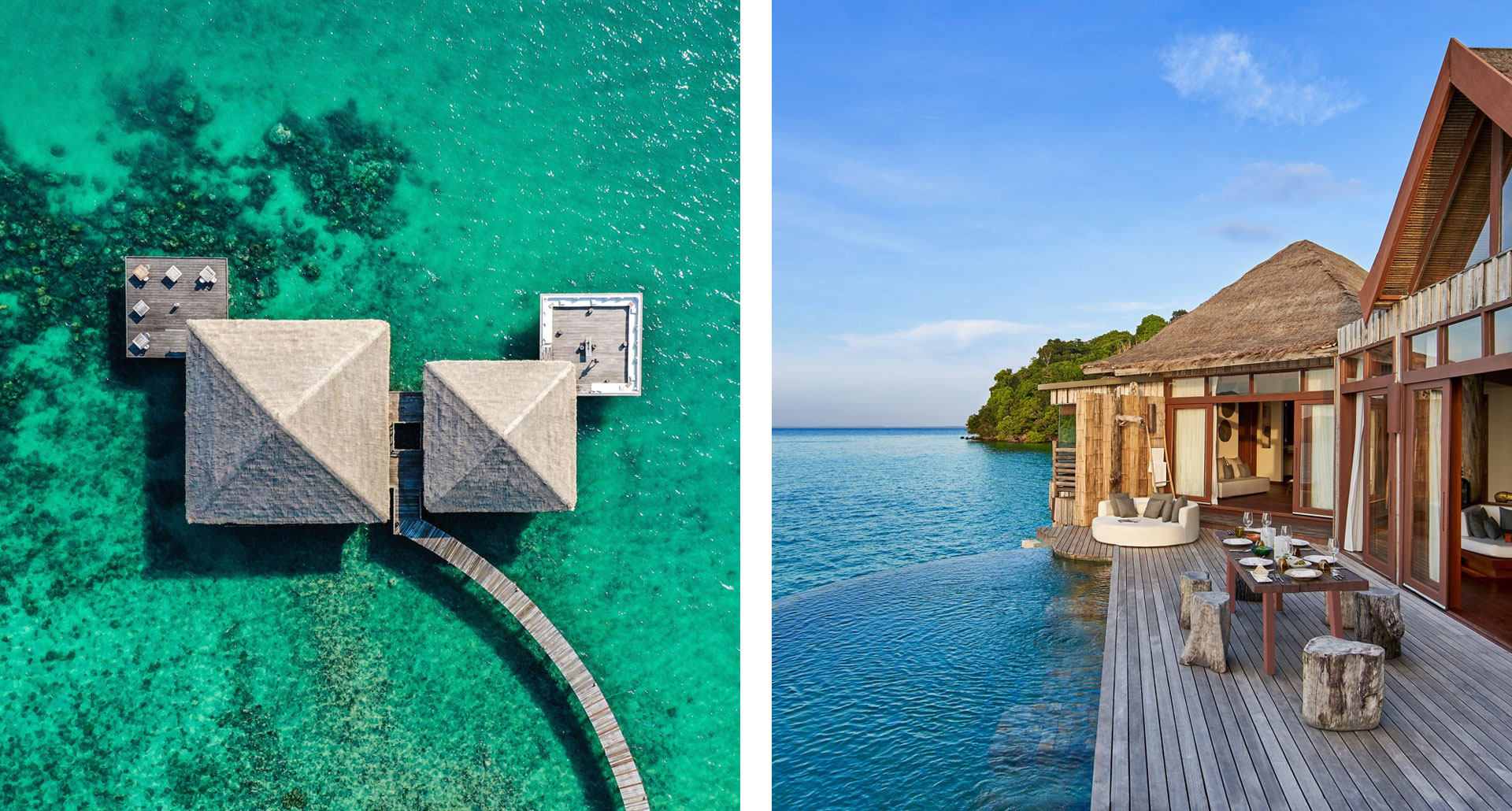 It’s Cambodia, but it’s not the Cambodia you’re expecting. Song Saa Private Island is more the sort of thing the Maldives or Seychelles are known for, or perhaps a post-development luxury-villa version of the Thai island paradise from Alex Garland’s The Beach. This wild speck of a place in the Gulf of Thailand is as close to a state of nature as you’re going to find anywhere, and Song Saa’s twenty-seven villas make the most of their secluded setting — if you’re going to live as a castaway, this is how you do it in style.