Enjoy our Top Ten Tablet Plus hotels for the week of March 23. 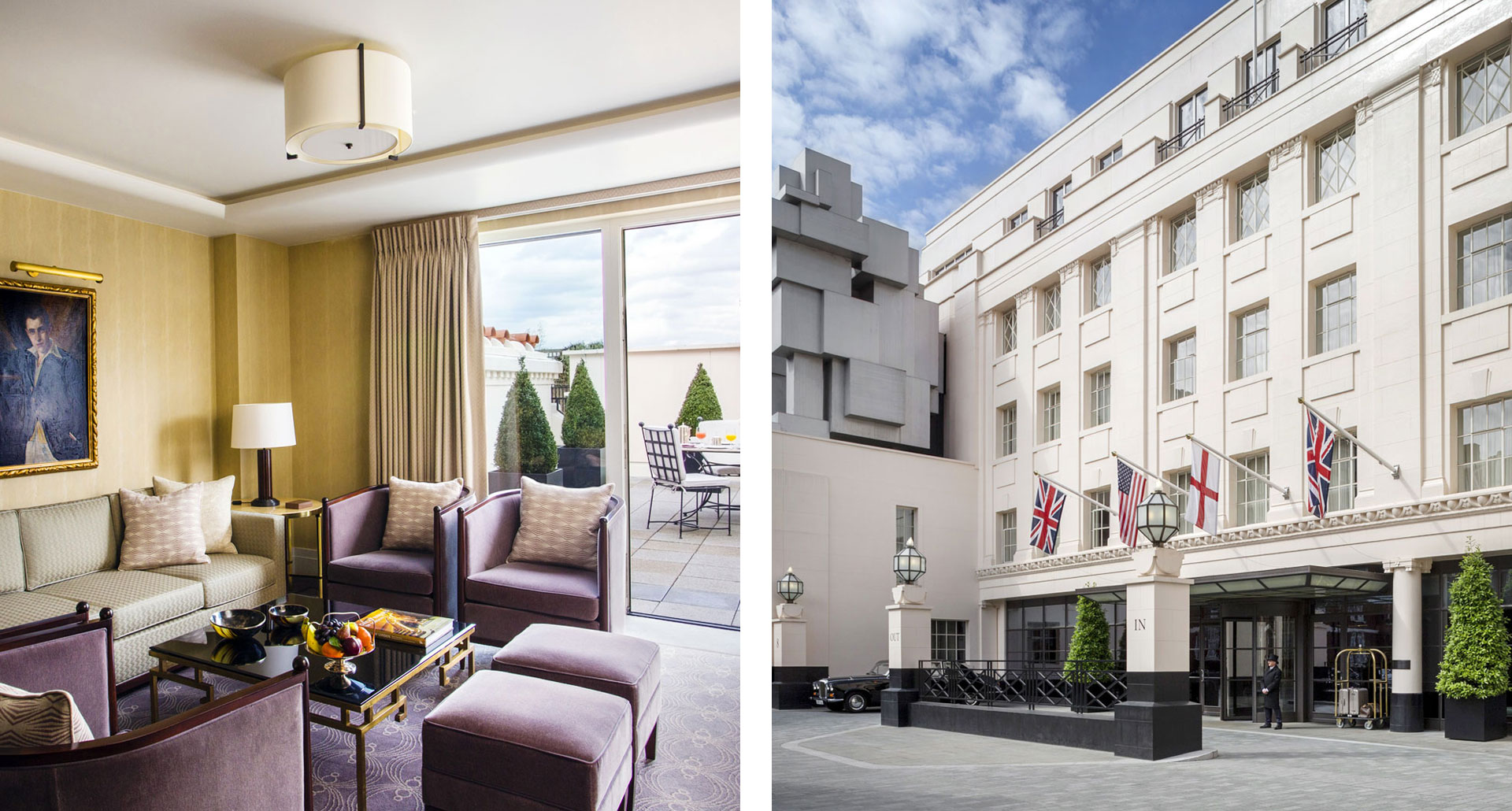 Restaurateurs Chris Corbin and Jeremy King have no shortage of expertise in creating spaces that are quintessentially, nostalgically London — the Ivy, the Wolseley, the Delaunay. But for their first hotel venture, they’ve taken their inspiration from across the Atlantic, patterning the Beaumont after a fictional Roaring Twenties New York member’s club of their own invention. It’s in Mayfair, between Grosvenor Square and Selfridges, and despite its American accent, it’s about as Mayfair as a 21st-century hotel can get, right down to the brash, slightly puzzling piece of quasi-public art that adorns its Twenties Art Deco facade. 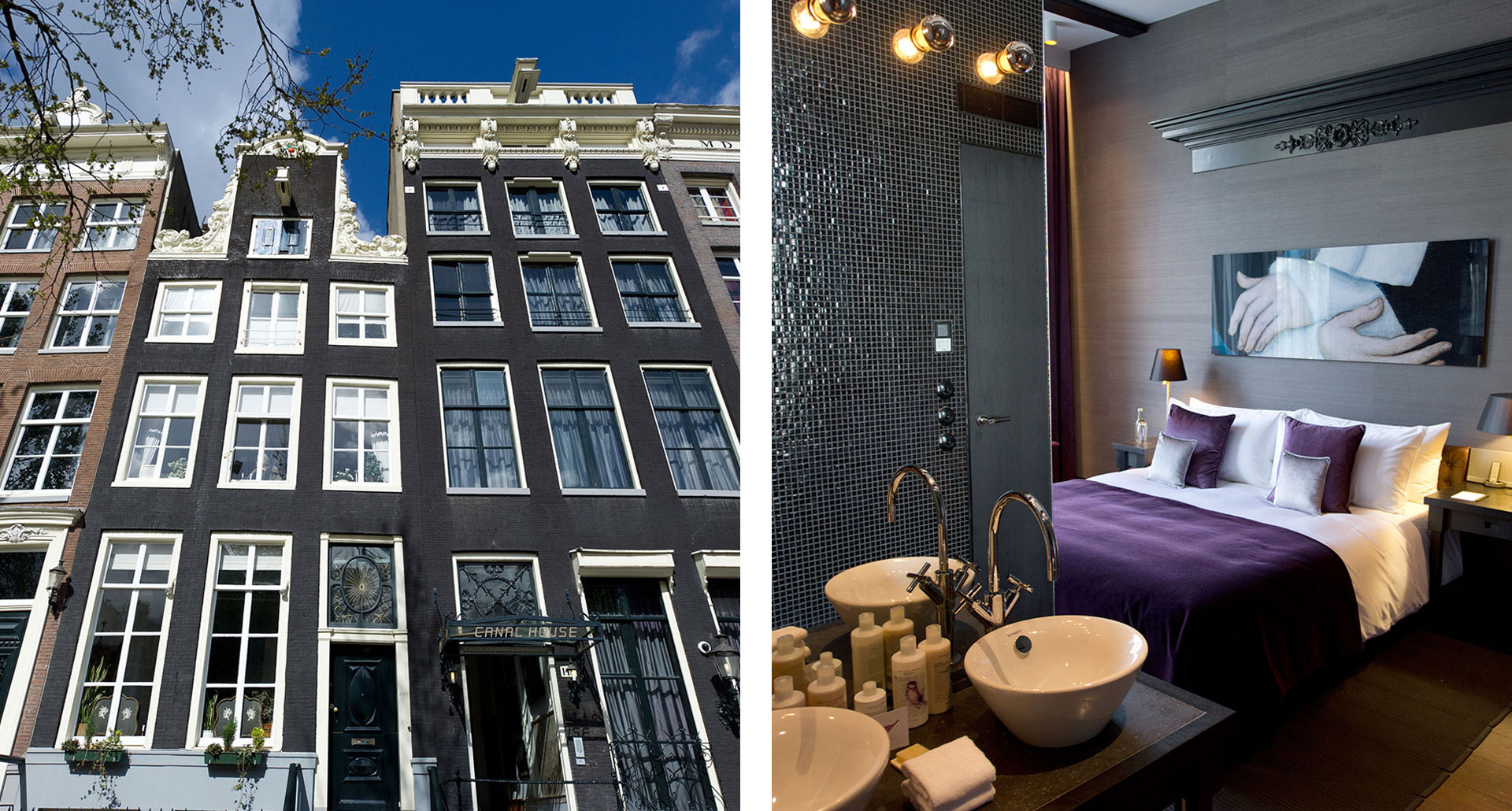 It’s about time somebody synthesized Amsterdam’s two divergent stylistic threads. Visitors in search of precious, historical canal-house charm have never had trouble satisfying their needs, and devotees of modern Dutch design likewise find themselves well served — just never at the same hotel. The Canal House squares this particular circle, and while the results might not satisfy purists at either extreme, there are a great many of us who are likely to find its blend of timeless elegance and modern luxury to be just the perfect mixture. 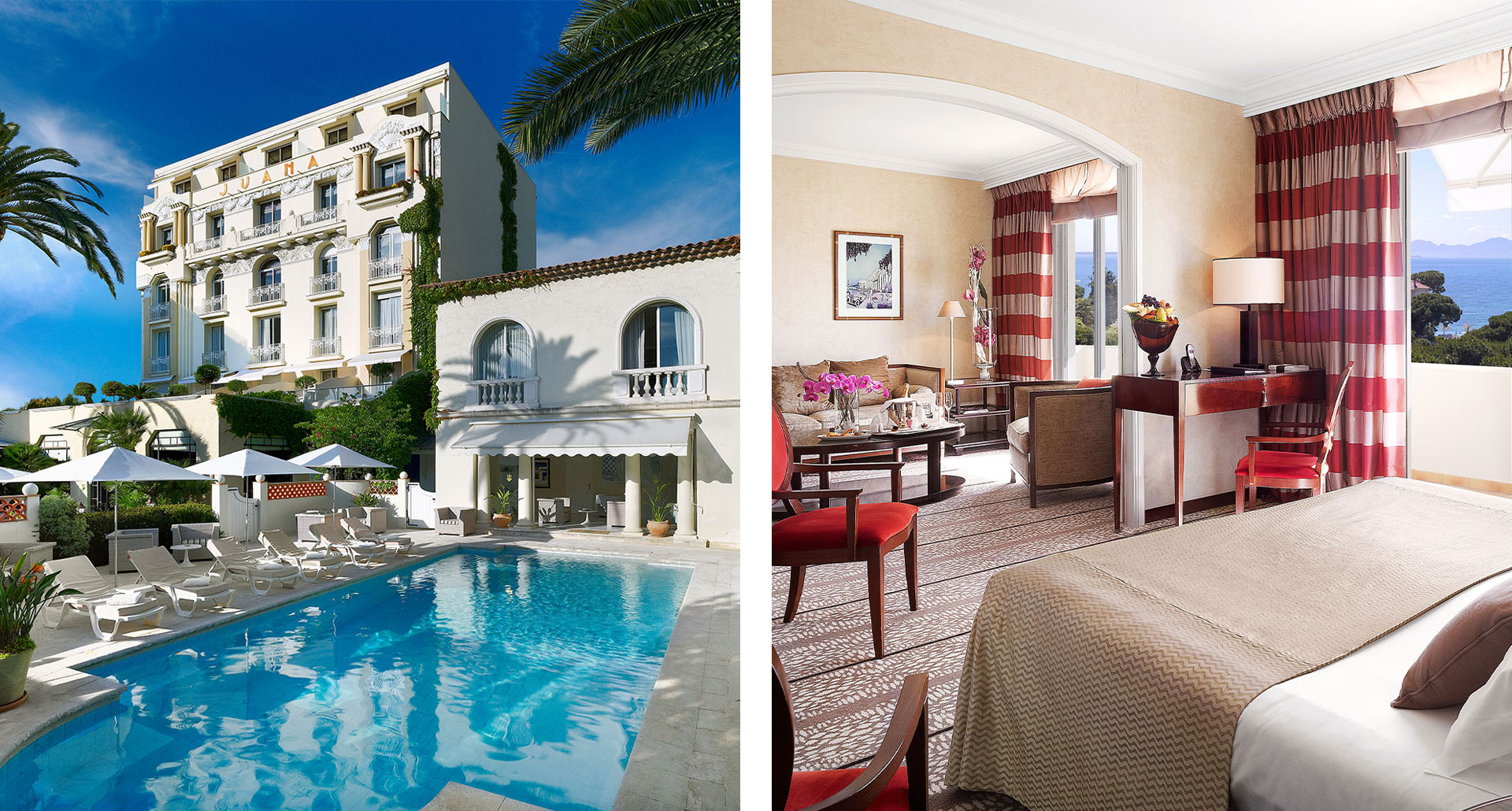 Though it’s passed through varying degrees of cool, from golden age to slightly passé and back again and again, it’s by now clear that the French Riviera is just one of those timeless destinations. The perennial warm-weather migration back to this stretch of the Mediterranean is due in part to the smart recycling of a handful of grand old hotels to reflect the tastes of contemporary sun-worshippers. The Hotel Juana, located in the resort of Juan-les-Pins near Cap d’Antibes, is a product of that particular revolution, infusing traditional luxury and historic architecture with a fashionable modern sensibility and an understated air that’s well-suited to its seaside location. 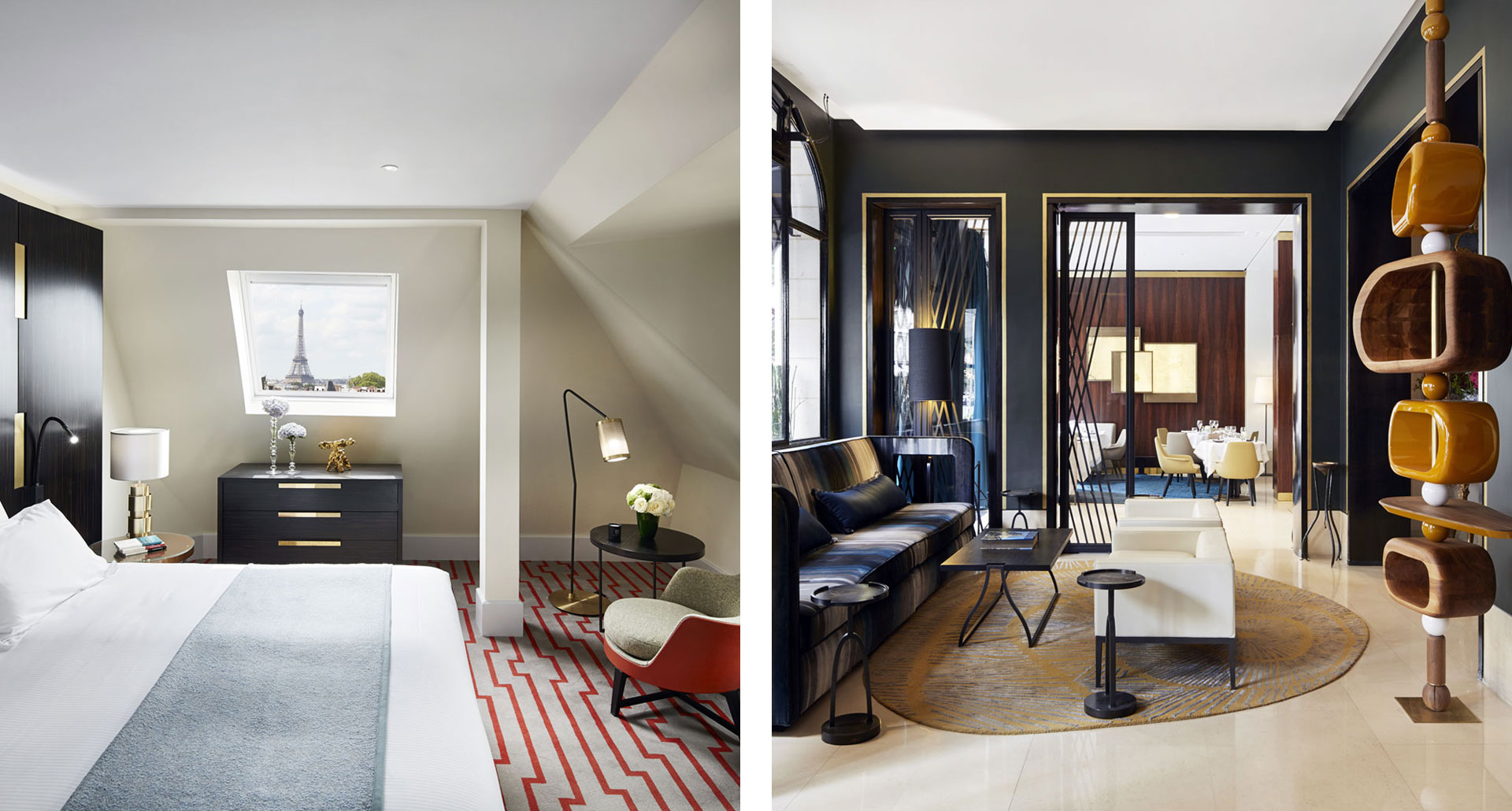 Most Parisian hotels, for better or worse, fit comfortably into one category or another — the bohemian boltholes, the lavish luxury hotels, the impeccably styled minimalist boutiques. But like a lot of the best hotels, the Hôtel Montalembert defies categorization. It’s on the Left Bank but it’s far from bohemian; it’s stylish but not without substance; it’s classic without being stuck in the past. For its versatility it misses out on a bit of publicity, but there are quite a few old Paris hands who try not to stay anywhere else.

Somewhere in the middle ground between history worship and idol-smashing avant-gardism lies a place like the Palacio de los Patos. In frontal view, it’s a 19th-century palace, utterly authentic, marble staircase and all; behind this, though, stands a brand-new modern addition — not the sort of dismal annex that mars an otherwise gorgeous historic hotel, but a stunning and urbane piece of modern-luxe hotel design. 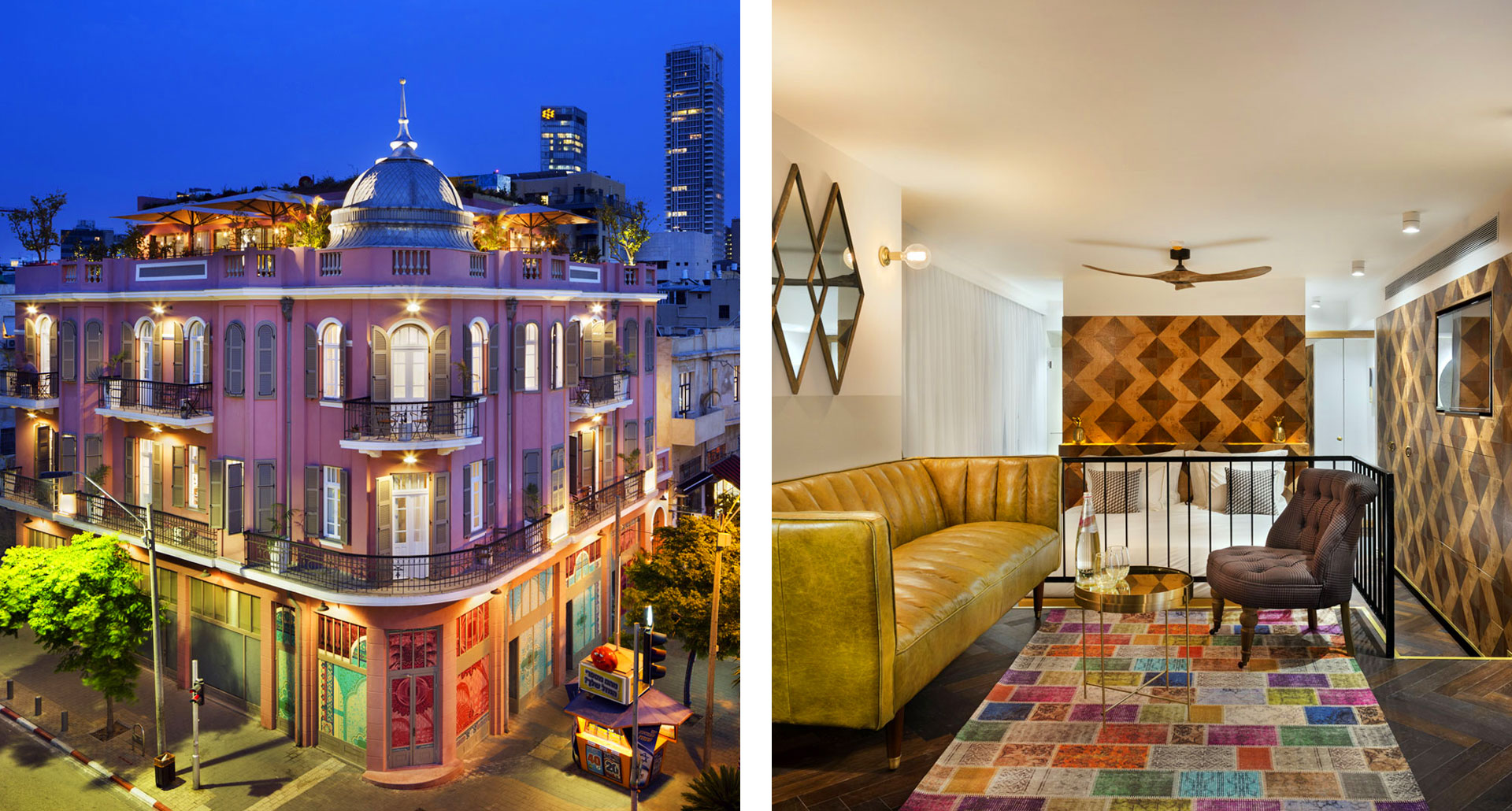 The oldest continuously operating hotel in Tel Aviv — and something of a local icon, thanks to its distinctive dome — also happens to be one of its best. Hotel Nordoy was built in 1925, an early work by architect Yehuda Magidovitch, and it pre-dates the Art Deco style that’s often associated with the city. As you’d expect, there’s almost a century of Tel Aviv history on display in the Nordoy’s interiors. But where some hotels with this kind of heritage would be too precious to do anything more than dust off the furniture, Hotel Nordoy has evolved as the decades have passed. 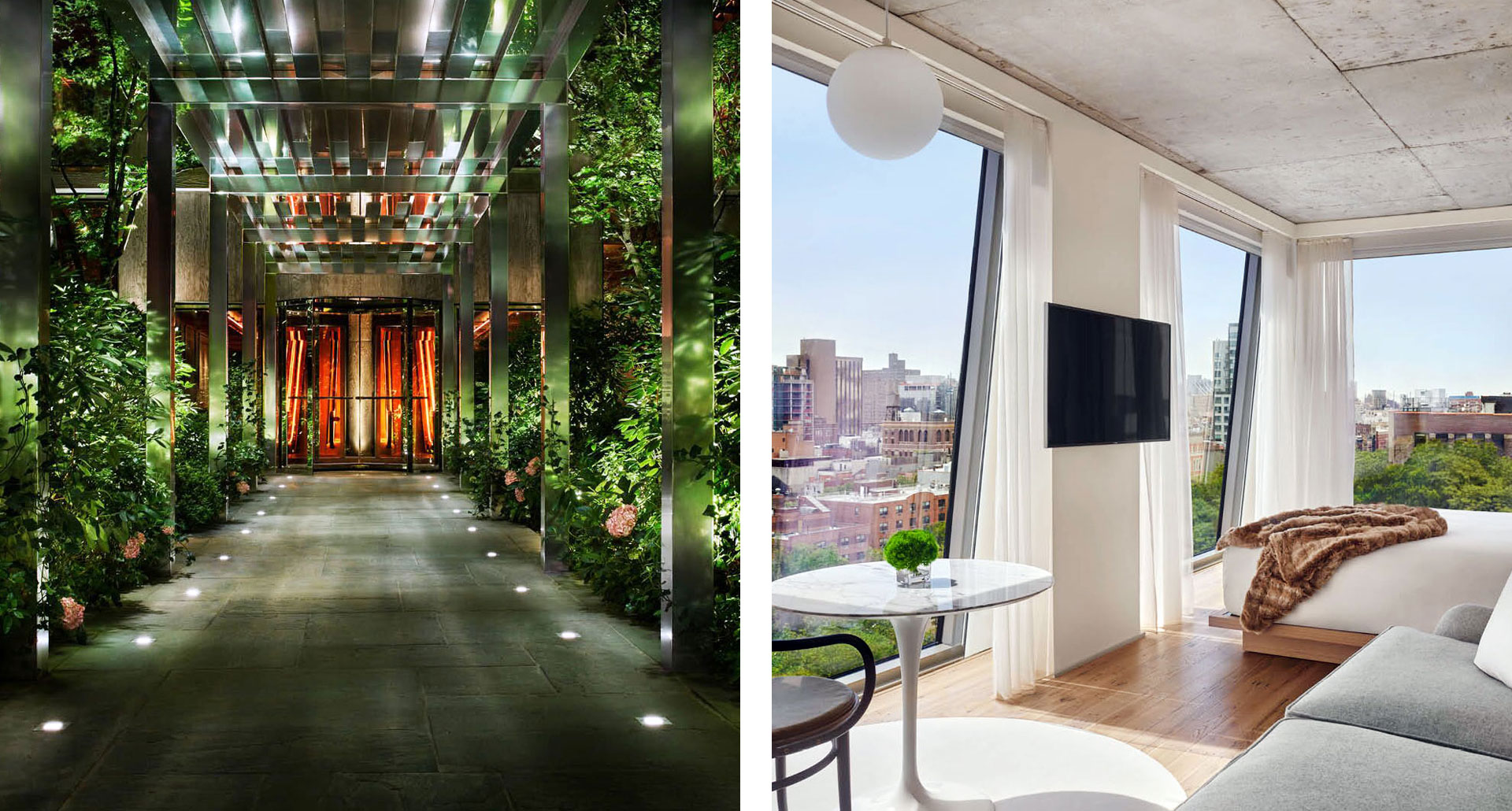 Ian Schrager is at it again. The boutique-hotel innovator has always been ahead of the curve, and with his nascent PUBLIC brand it’s apparent he’s caught on to something the world’s luxury hoteliers have failed to notice: inclusive is the new exclusive. There’s a little hint there in the name, of course, but it’s apparent that from bottom to top, a place like New York’s PUBLIC is meant to be warm, open, and welcoming — without sacrificing style or excitement. There’s no front desk, but fear not: when you arrive, one of the hotel’s “PUBLIC advisors” will find you and check you in. 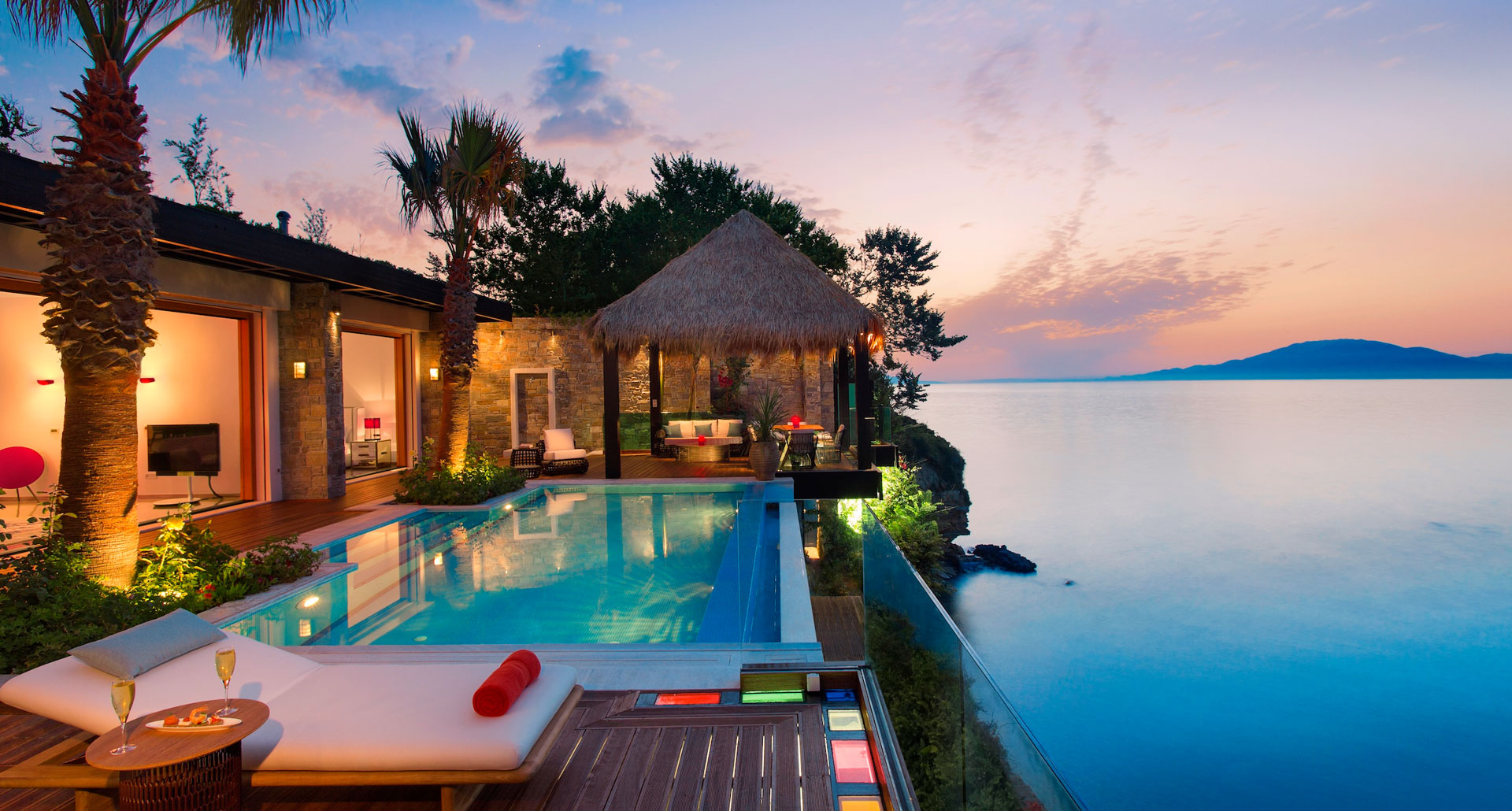 Even if you’ve got a reasonably complete working knowledge of the major Greek island destinations, you might not know Zakynthos. It’s the next one down from Kefalonia, on the Ionian side of the Peloponnese — and, more importantly, it’s a perfect little jewel of a place, featuring the ludicrously beautiful Navagio Beach among its dramatic landforms and seascapes. And, as you might have guessed, it’s the setting for an extraordinary hotel: Porto Zante Villas & Spa, a luxury resort just above a private beach, blessed with extraordinary sea views, elegant contemporary interiors, and all the high-end comforts you could reasonably wish for. 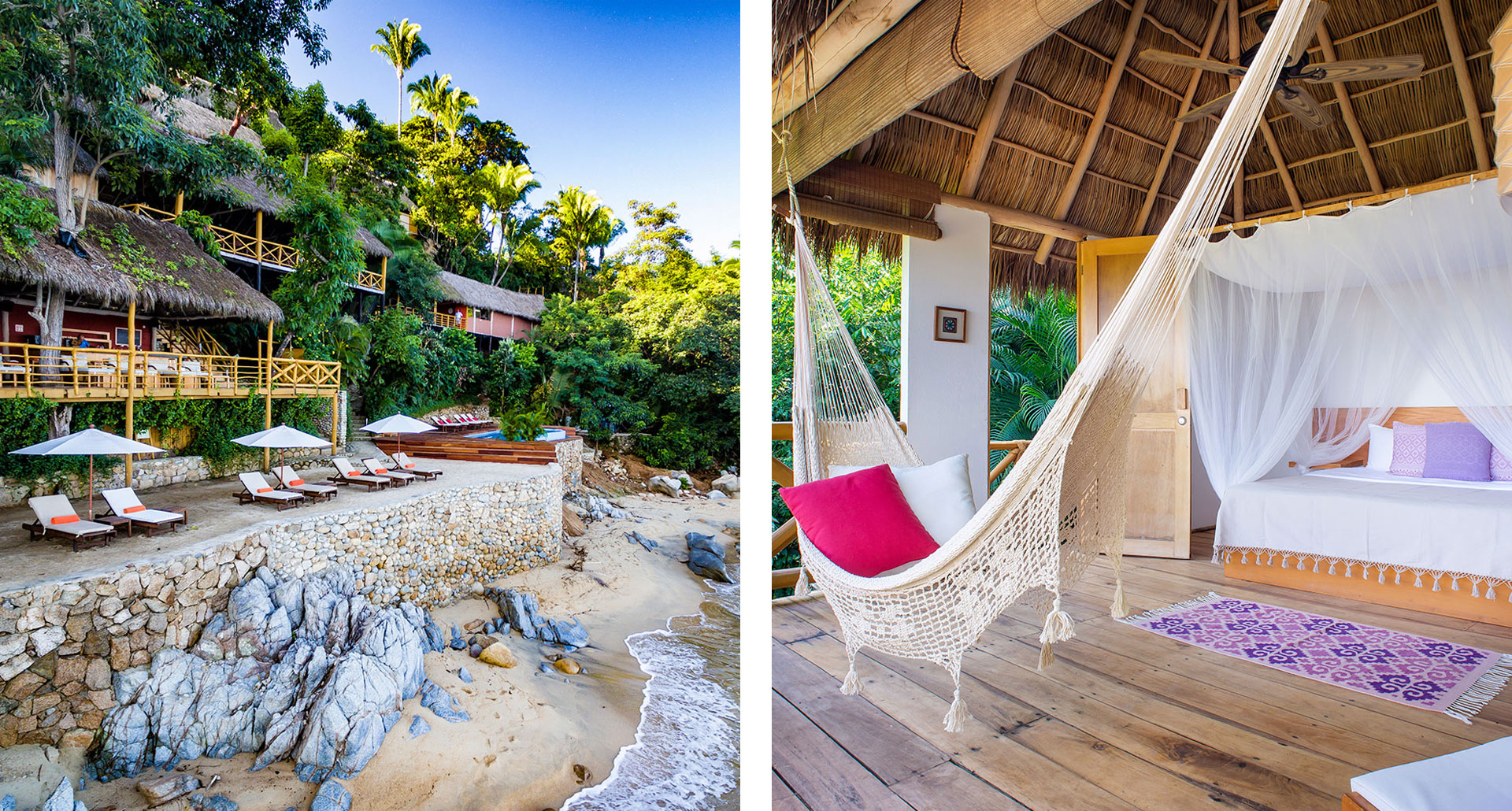 Yearning to get away from it all? Puerto Vallarta probably isn’t quite the first place you’ll think of. But then there’s Xinalani, a gloriously secluded eco-resort wedged between the jungle and the water. Technically, it’s in Puerto Vallarta, but it’s actually twelve miles down the coast from the city proper, and only accessible by boat — which makes all the difference. Pick up what you need before boarding, and put an auto-responder on your e-mail: there’s no Starbucks near the hotel, nor a consistently reliable wi-fi connection — no television, no complimentary in-room iPad. The point of coming to Xinalani is to get away from all of that and enjoy the sand, sun, and sea. Well, it’s the bay, technically, the large, crystal-clear Banderas Bay on Mexico’s Pacific coast. 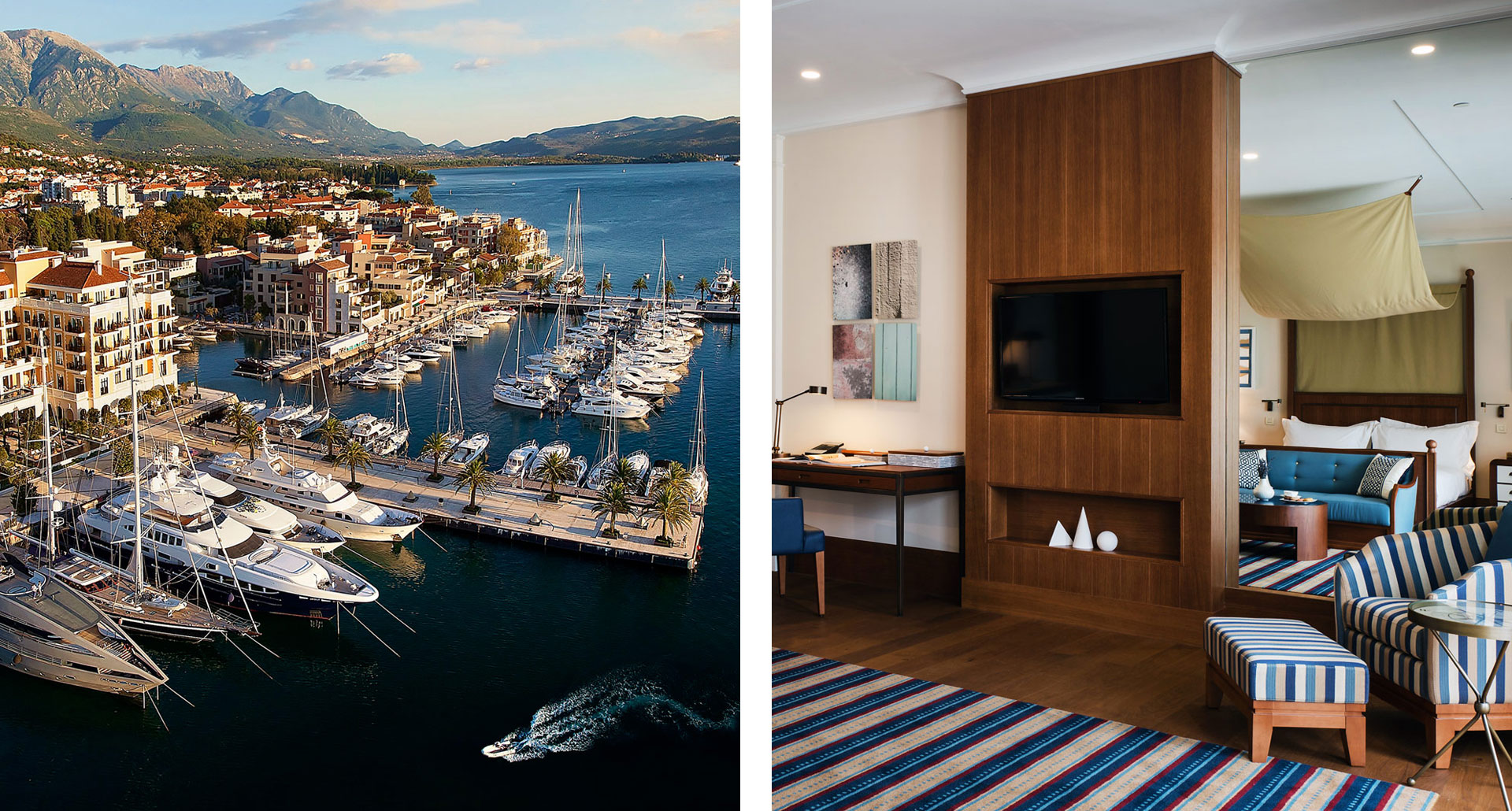 The Bay of Kotor’s history is colorful, to say the least, but neither pirates nor the Venetian empire threaten any longer — hence the swelling fleets of superyachts, hence the feverish development on the Tivat waterfront, and hence Regent Porto Montenegro, the hotel portion of a sprawling nautical village/dining/shopping/entertainment compound. The region’s days as a Yugoslav Navy shipyard are long gone; nowadays the pleasure-palace vibe reigns supreme, all part of Canadian tycoon Peter Munk’s vision to erect a “Monaco of the southern Adriatic.”