Enjoy our Top Ten Tablet Plus hotels for the week of March 2. 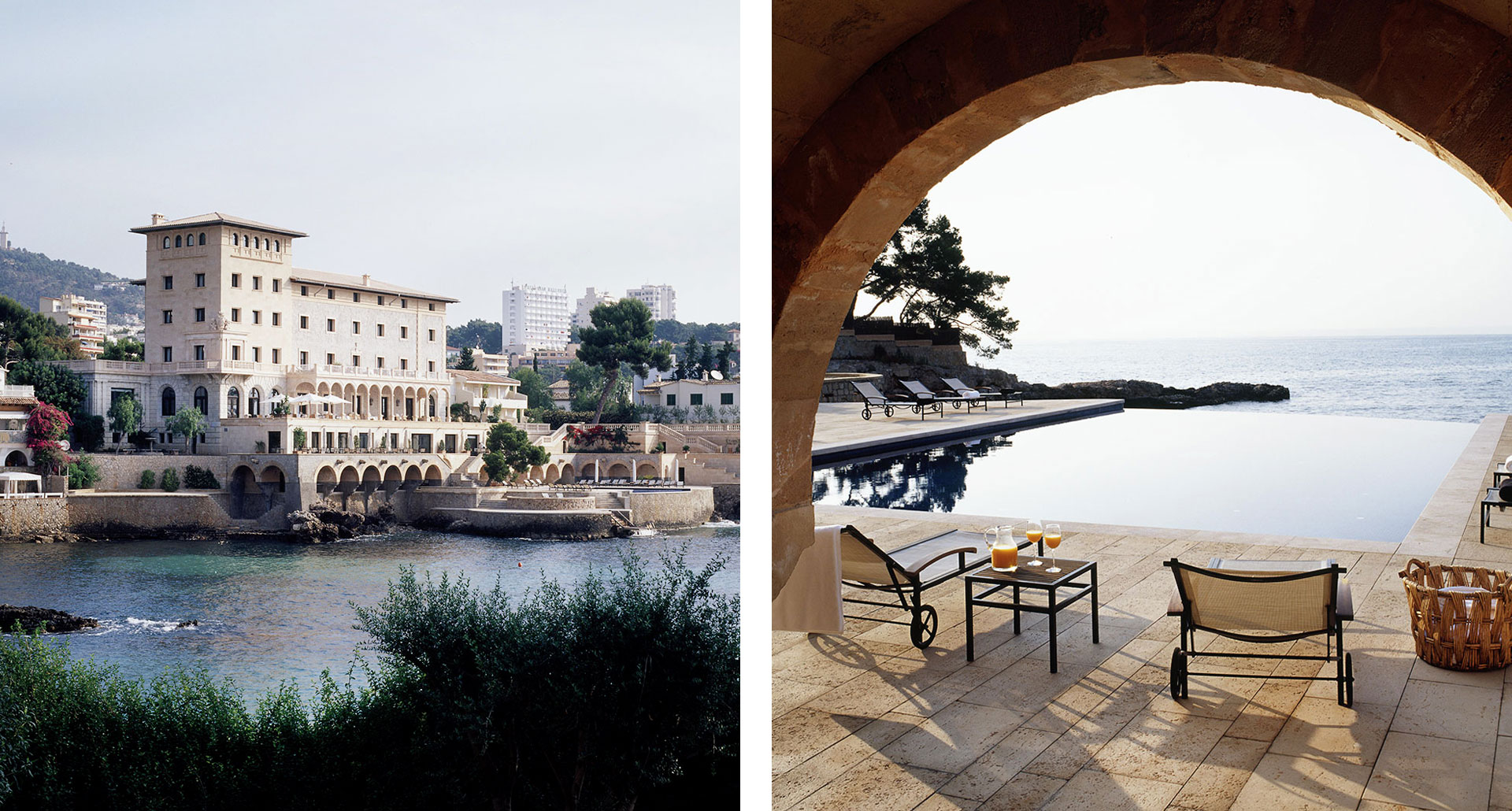 Ten minutes west of Palma, perched at the edge of the Mediterranean, this stately old building was once a grand residence, and still radiates an aristocratic elegance. Today it’s the Hotel Hospes Maricel & Spa, a luxury boutique hotel by the Spanish Hospes group, and one with quite a bit more in common with its former life as a private home than with the typical luxury hotel. 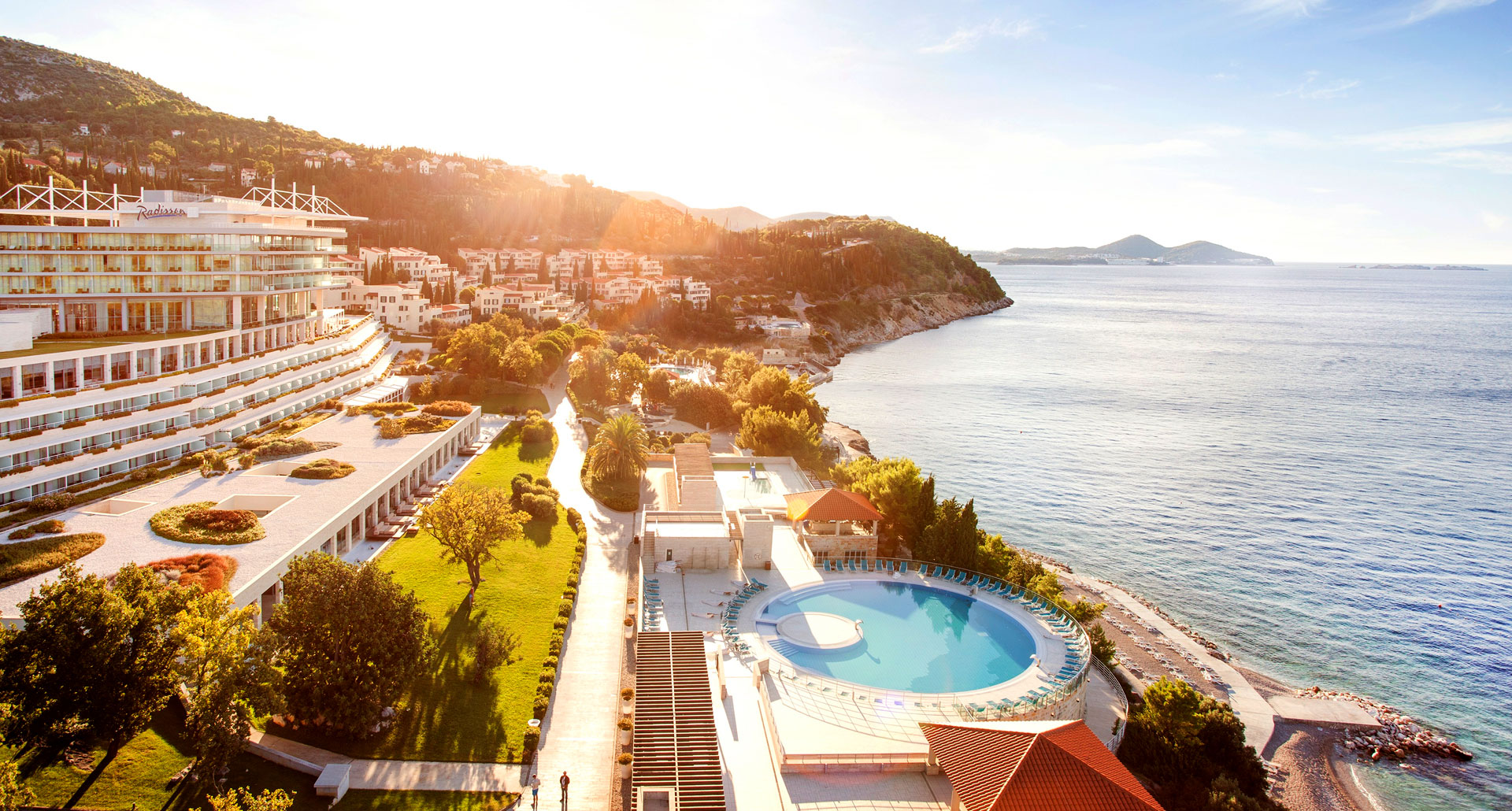 The Croatian Riviera hasn’t been a Riviera for all that long, and you could be forgiven for thinking the evolution of the Dubrovnik hospitality scene might take place a little less quickly. But Sun Gardens Dubrovnik ought to be all the proof you could want that things are moving along very nicely indeed. We’re not talking about some little villa with a pool on the terrace — this is a behemoth of a hotel, with four hundred rooms, suites and apartments, and no fewer than thirteen restaurants and bars. 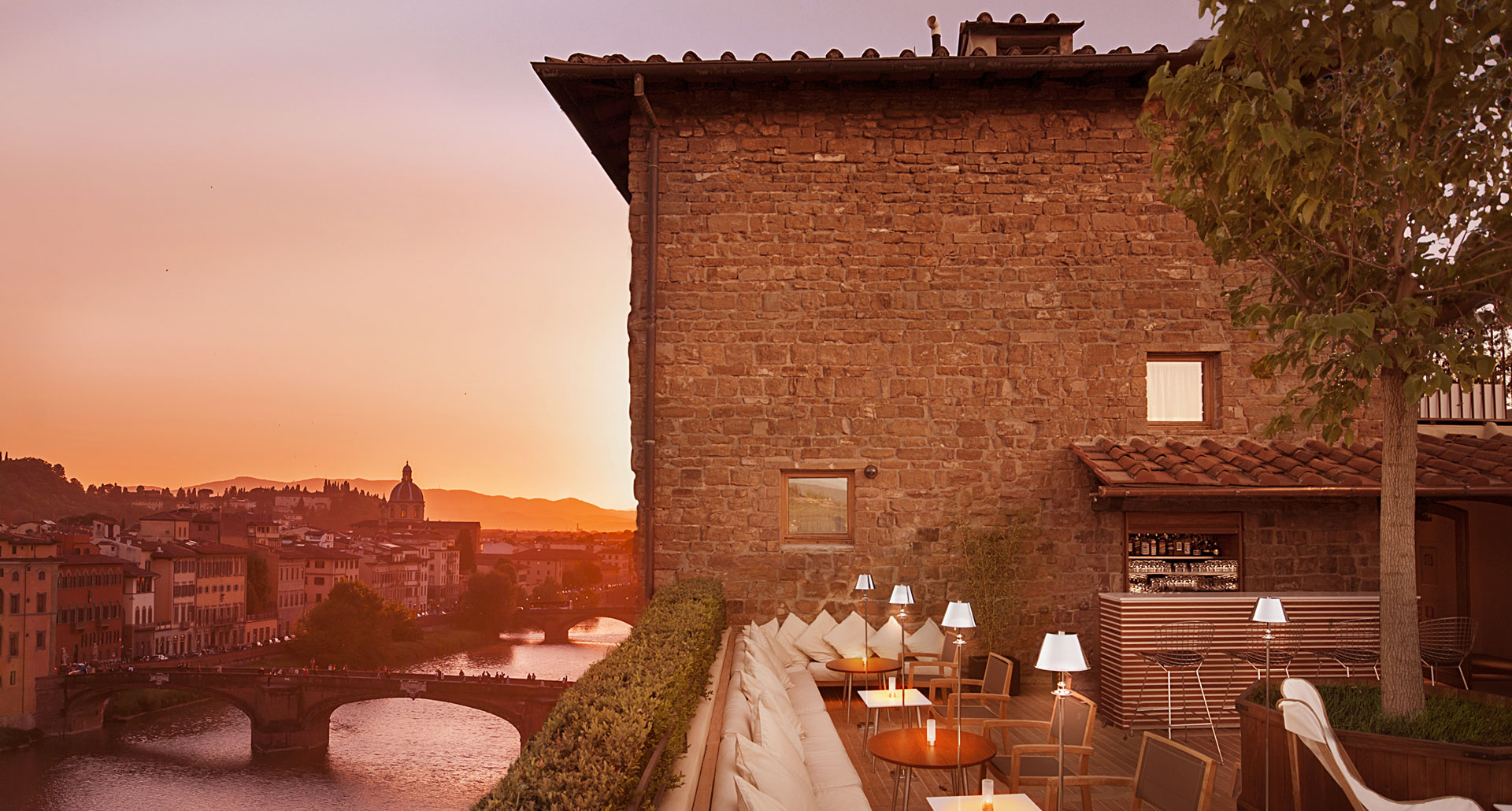 This is a hotel that is determined to win you over on its own, without coasting on a reputation earned in the fashion world. And it’s a bit counter-intuitive at first, but consider this: as so many full-time hoteliers place visual flash above hospitality substance, here is a fashion hotel that prizes service over design. 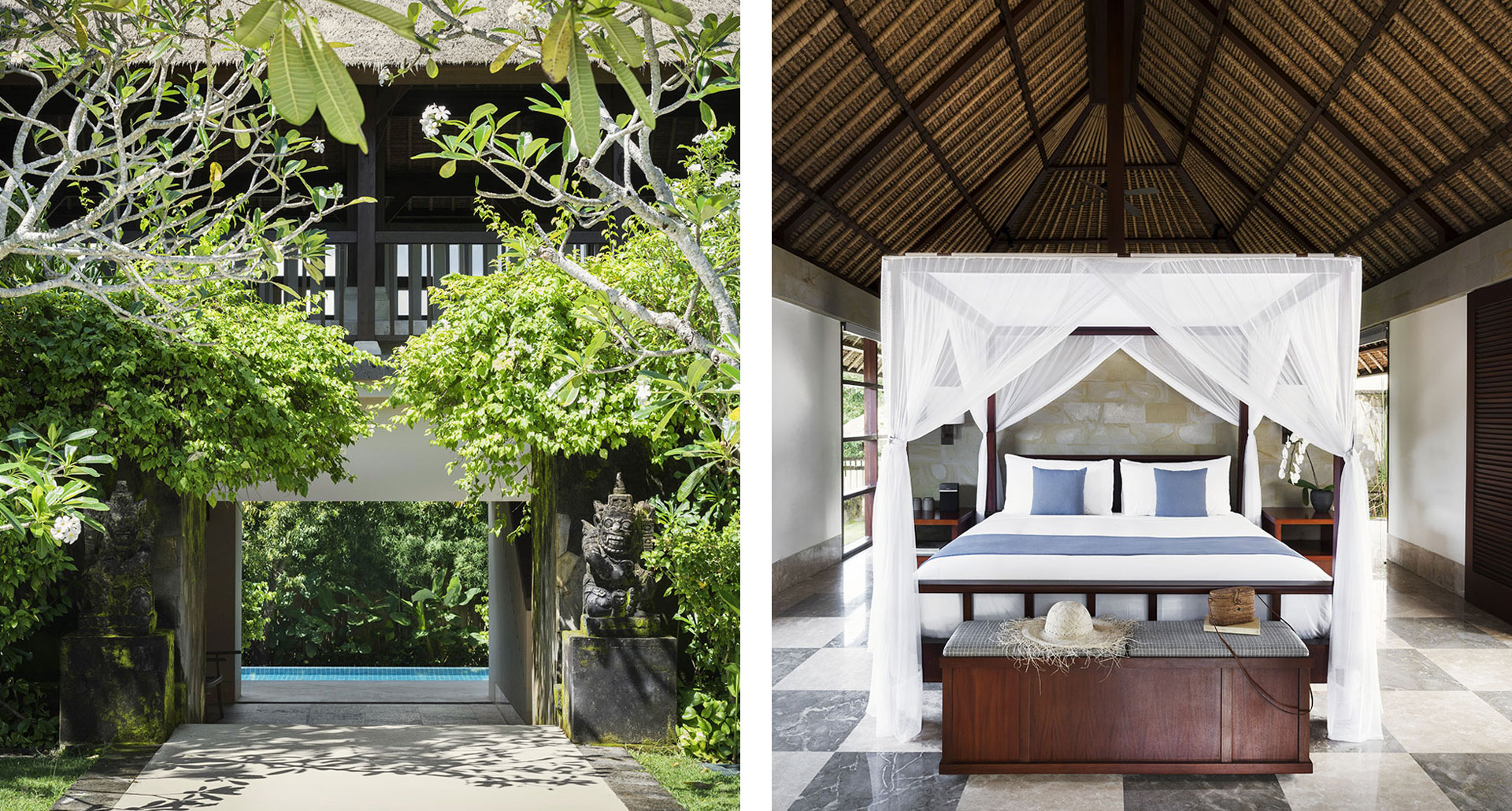 Most Balinese boutique hotels offer, in addition to a bit of relaxation, a wellness program of some sort: a spa, a pool, maybe a bit of yoga. REVĪVŌ, however, goes all the way. This brand-new boutique resort, in the hills on the fringes of Nusa Dua, features fitness offerings and spa treatments to rival the best on the island, as well as a single-minded focus on restoration — the name means “I’ll live again,” and a stay here is practically guaranteed to revive you, whether through relaxation, movement, nutrition, or a combination of the three. 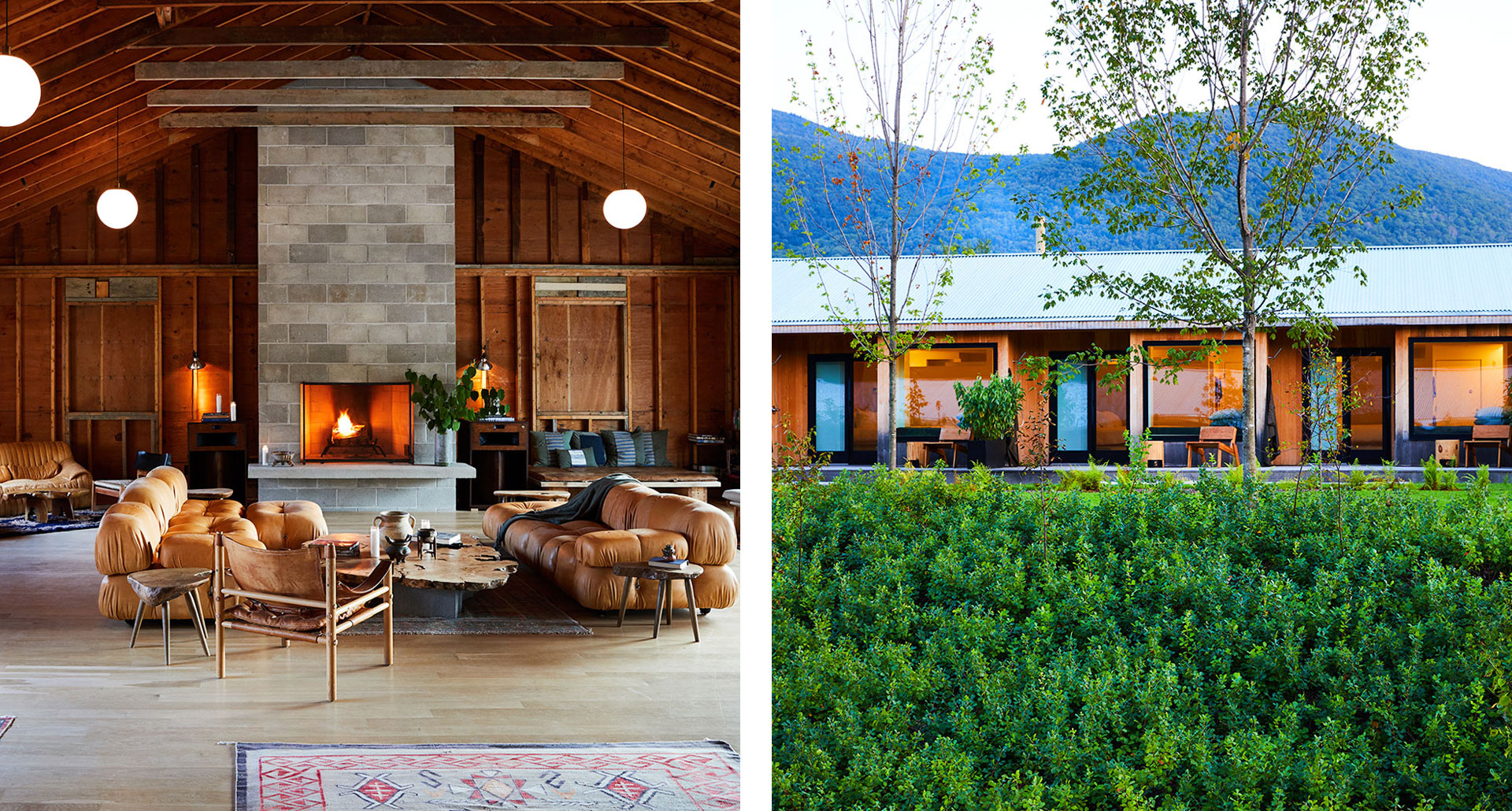 In far northwestern Massachusetts, roughly equidistant from Boston and New York, the Berkshires are undergoing the sort of revival that travel trend pieces are made of. Thanks in part to the redevelopment that’s accompanied MASS MoCA, the contemporary art museum, the formerly industrial town of North Adams is living a second life as a booming cultural destination. Outside the town center, on the road to neighborhing Williamstown, you’ll find another piece of reclaimed Berkshires heritage: TOURISTS, a Sixties motor lodge reborn as a very modern, very hip little country boutique hotel. 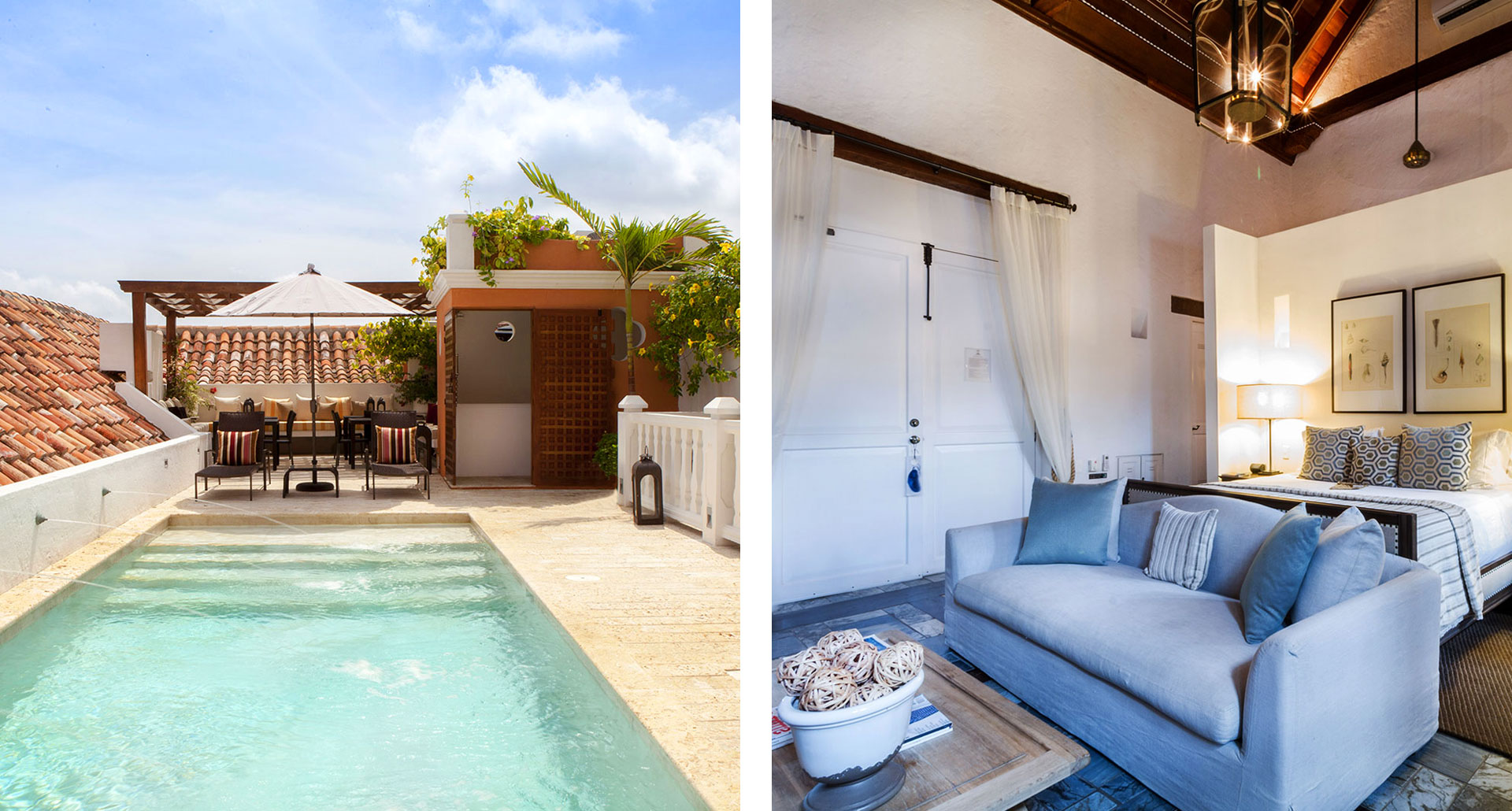 Around here we’re fans of every kind of extraordinary hotel, and that doesn’t always mean novelty and experimentation. Casa del Coliseo, in the historic city of Cartagena, Colombia, is a reminder that classic hospitality, executed with style and confidence, will never go out of fashion. It’s a 17th-century residence in a perfectly central location, and though its 12 rooms retain original features like timbered ceilings, they’ve been renovated to current luxury-hotel standard and decorated in a style that blends contemporary boutique design and classic colonial-era atmosphere — it helps that the proprietor himself is a designer, the Colombian-born and Miami-based Juan Carlos Arcila-Duque. 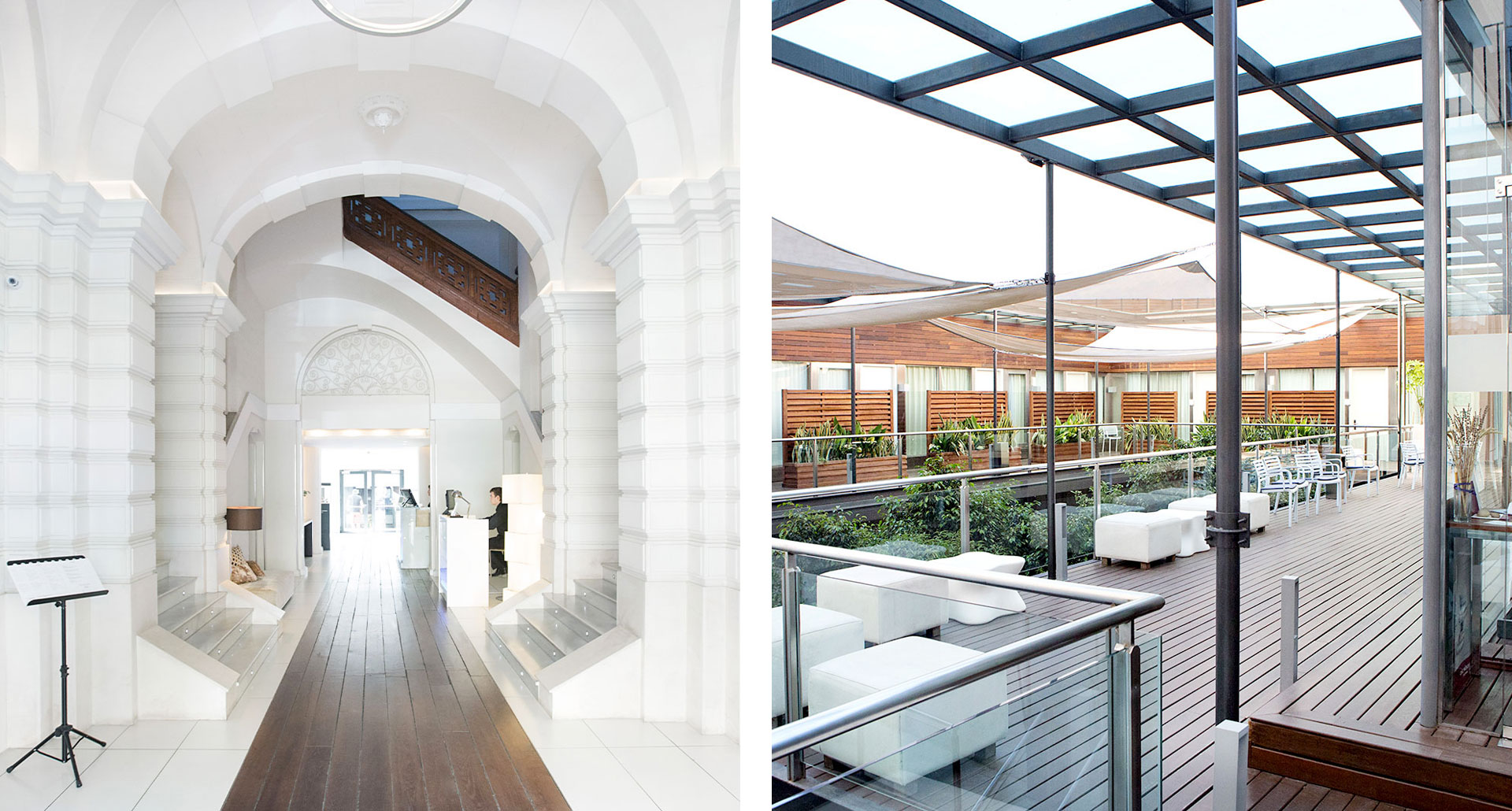 It’s time the world discovered there’s more to urban Spain than Barcelona and Madrid: Spain’s third city is heating up, with travelers from the UK in particular discovering Valencia in record numbers, and budget airlines scrambling to establish routes from all over Europe. New hotels are appearing all the time, and one of the most noteworthy, to our eye, is the Hotel Palau del Mar, from the new nationwide Hospes group. Two 19th-century Palacete buildings have been stitched together and transformed into Valencia’s first five-star luxury boutique. 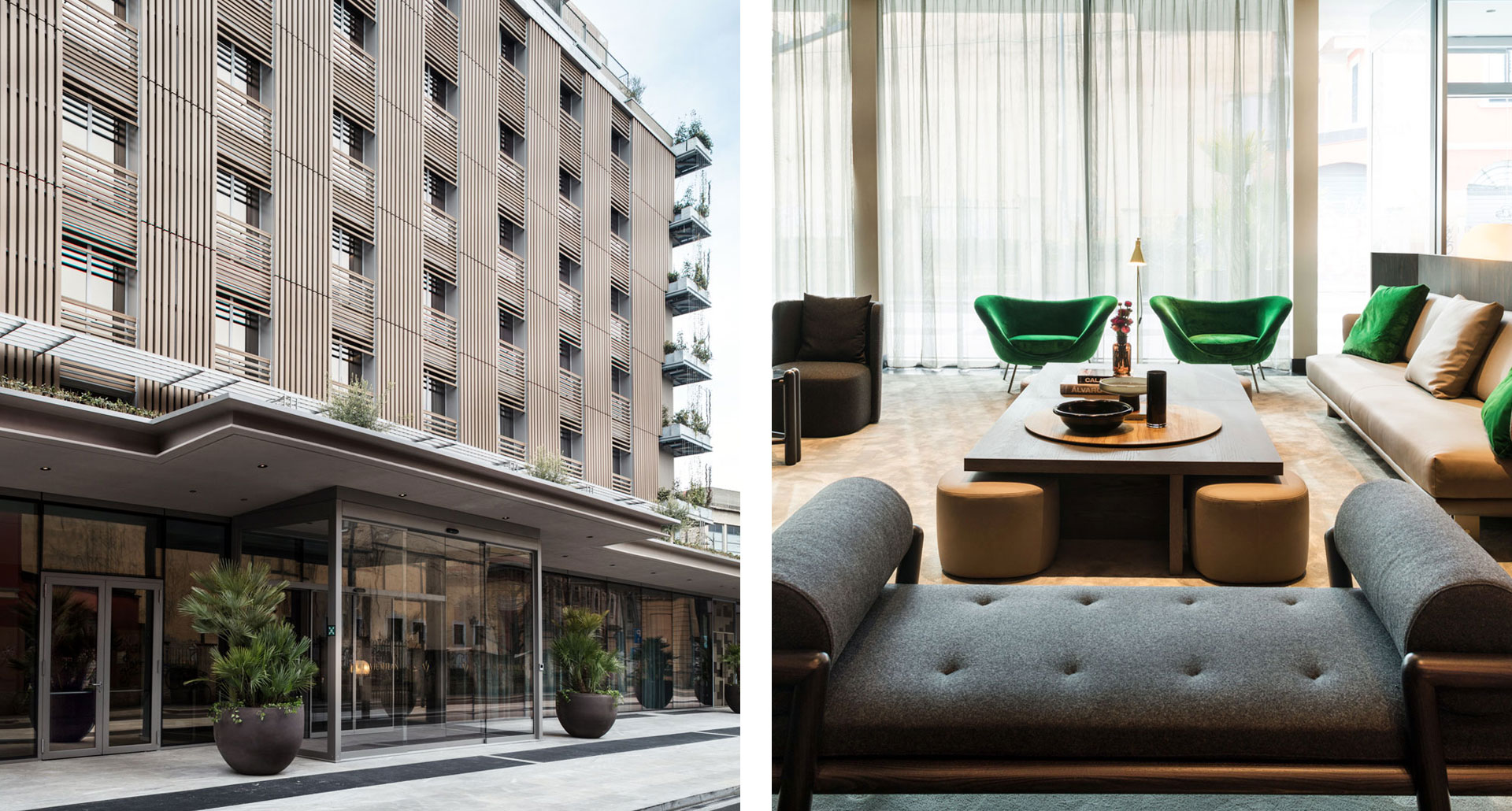 When you hear about a hotel with a huge garden opening in a big city like Milan, the first question is where — and the second is how. Hotel Viu Milan is located in the happening neighborhood of Porta Garibaldi, home to the 10 Corso Como design center and one of Milan’s very own Eataly outposts — not exactly on the outskirts of town. So how did they do it? Easy: the garden is vertical. The greenery climbs up the edges of the tall glass-fronted building, framing the hotel and its rooftop — complete with swimming pool and terrace bar — in a dazzling display of contemporary landscape architecture. 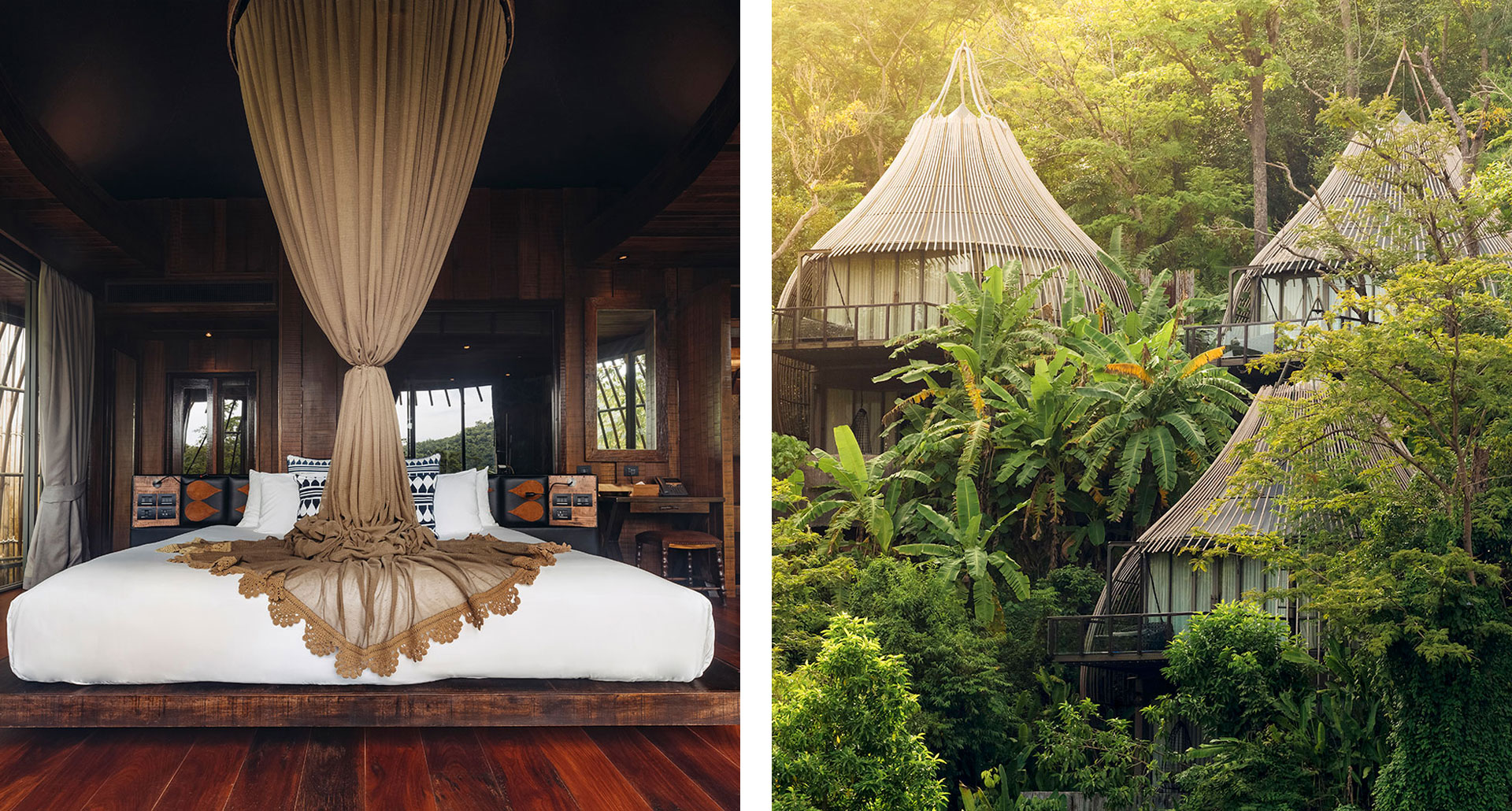 Hotel categories aren’t as rigid as they sometimes seem. Where, after all, is the line between a boutique hotel and a luxury resort? Better to follow Keemala’s lead, and call them what they call themselves: an “all pool villa wonderland.” It certainly gets the point across; the point being that every villa here, on the edge of Phuket’s coastal rainforest — perched just above the coastal town of Kamala — comes with its own pool. 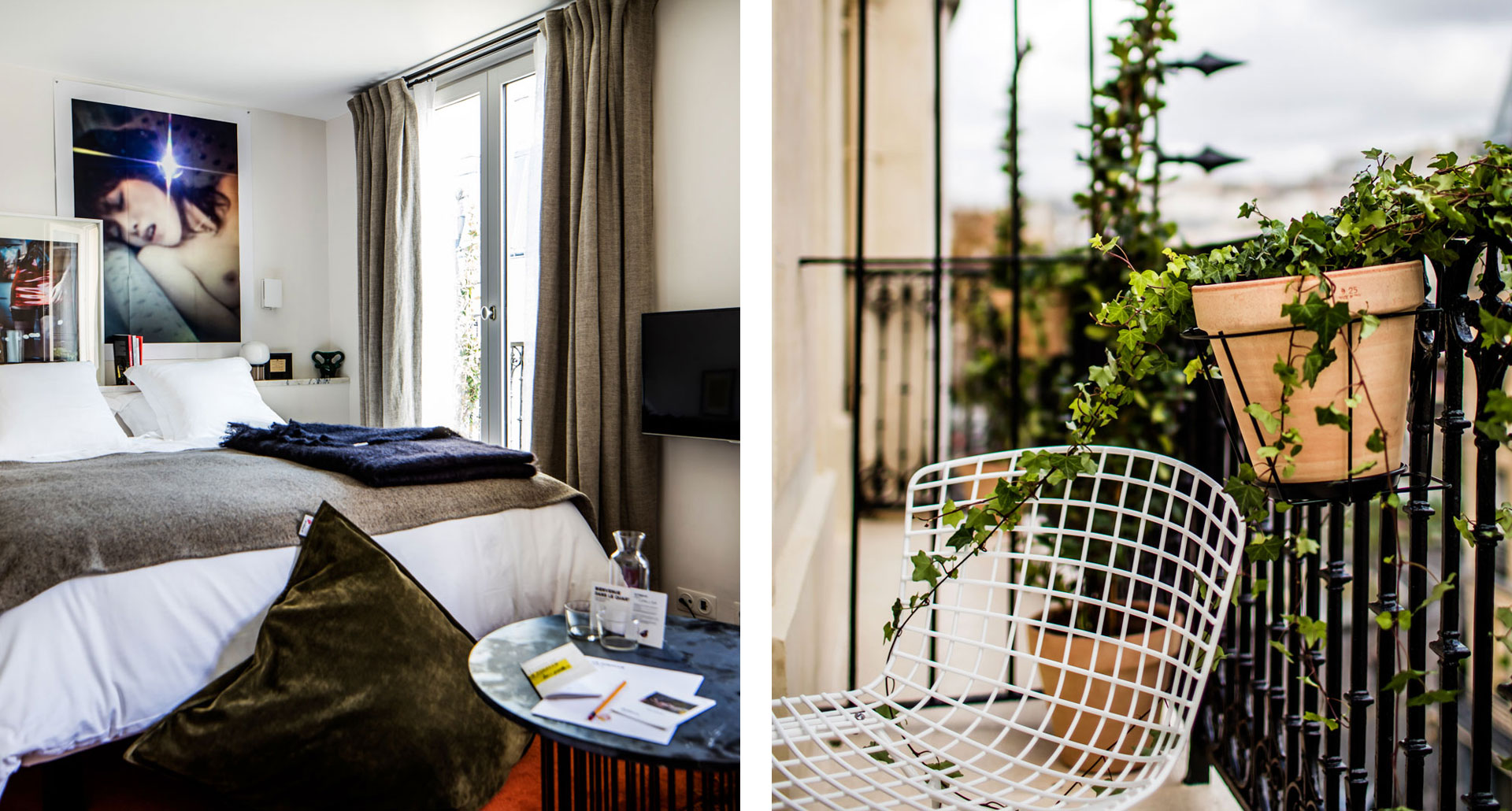 It’s the oldest story in real estate: the red-light district, down at heel and thus affordable for the creative artists who make up the avant garde of urban renewal, inevitably becomes the up-and-coming neighborhood where the rest of the city comes out to play. So it is with Paris’s Pigalle. And eventually, inevitably — if we’re lucky — along comes a hotel like Le Pigalle.