Enjoy our Top Ten Tablet Plus hotels for the week of February 24. 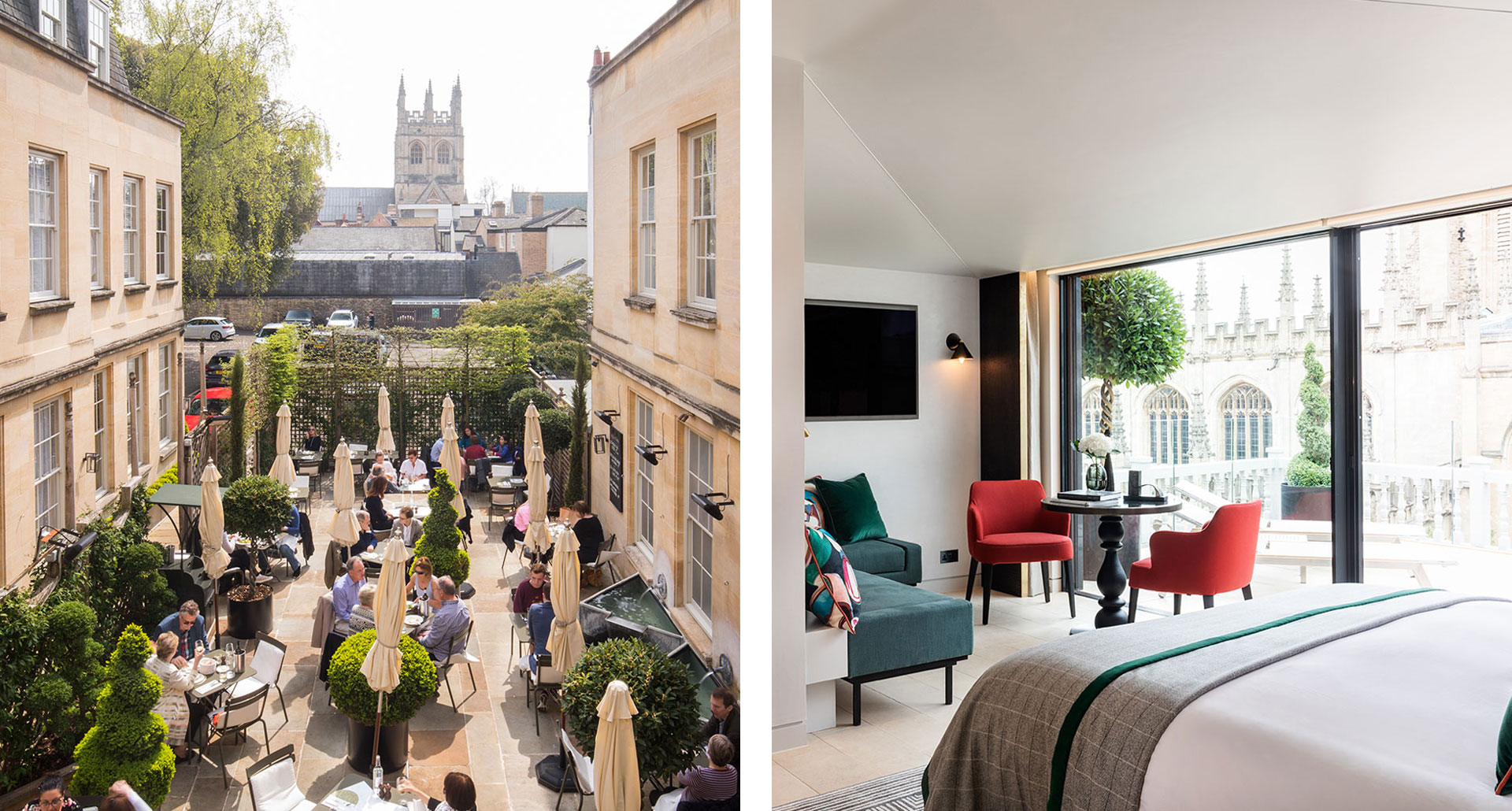 The first new hotel in the city centre in 135 years, the Old Bank Hotel sits on Oxford’s High Street. Behind the Georgian facade of the one-time Barclays bank building is a boutique hotel in a charmingly contemporary style, restrained in its elegance, as far from British country-house chintz as it is from ultra-modern hysterics. 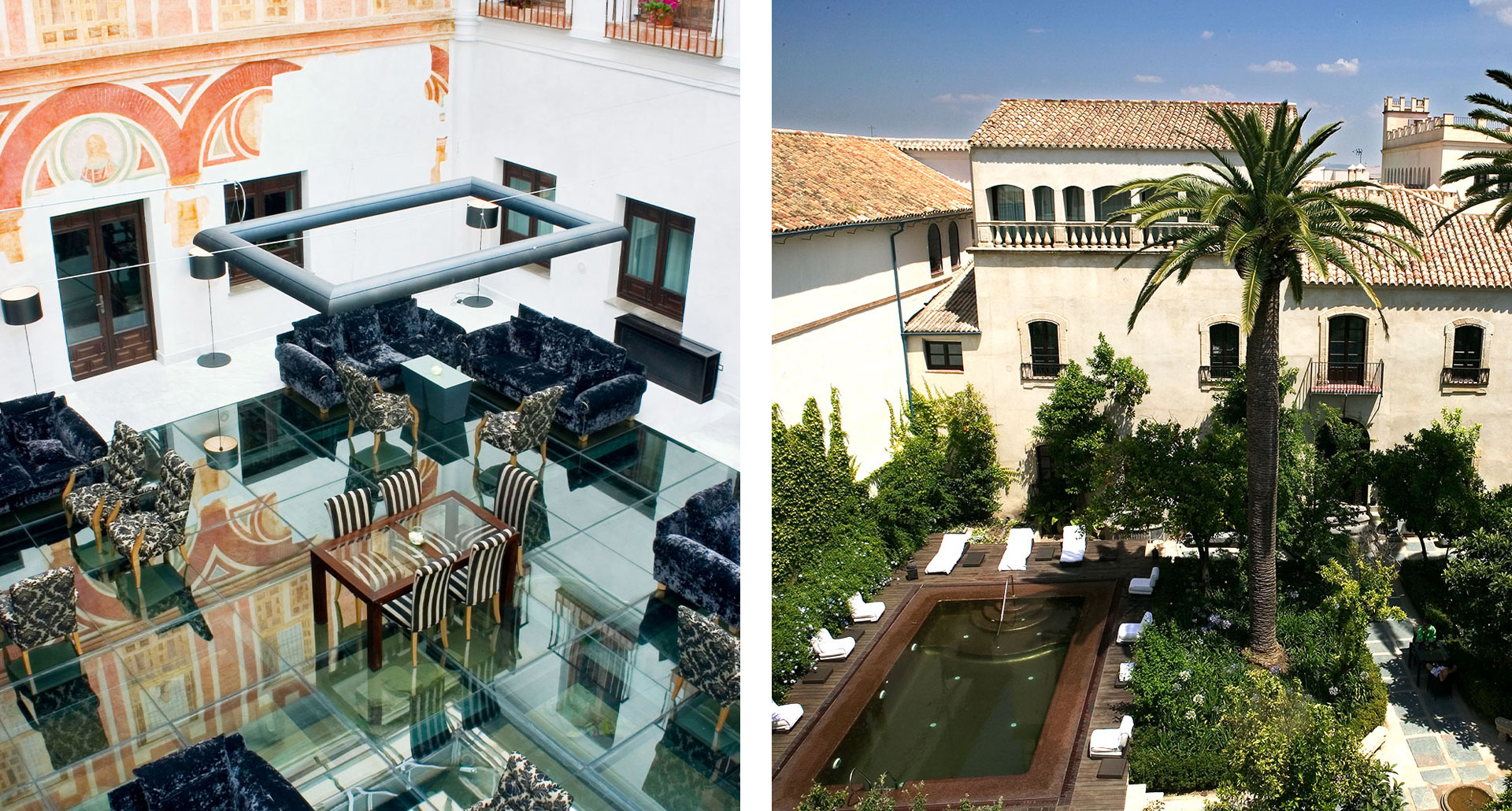 The Palacio del Baílio is the Córdoba branch of the Hospes franchise, and while the word “Palacio” may put some of us in mind of an old-fashioned grand hotel — like the seaside palaces of Cannes, for example — this is a palace of an entirely different kind. More a mansion than a hotel, it’s equal parts hacienda and Moorish manor, with some rooms opening onto ancillary patios, and others in the main building ringing the main courtyard, with its majestic old palms and pleasantly cool outdoor swimming pool. 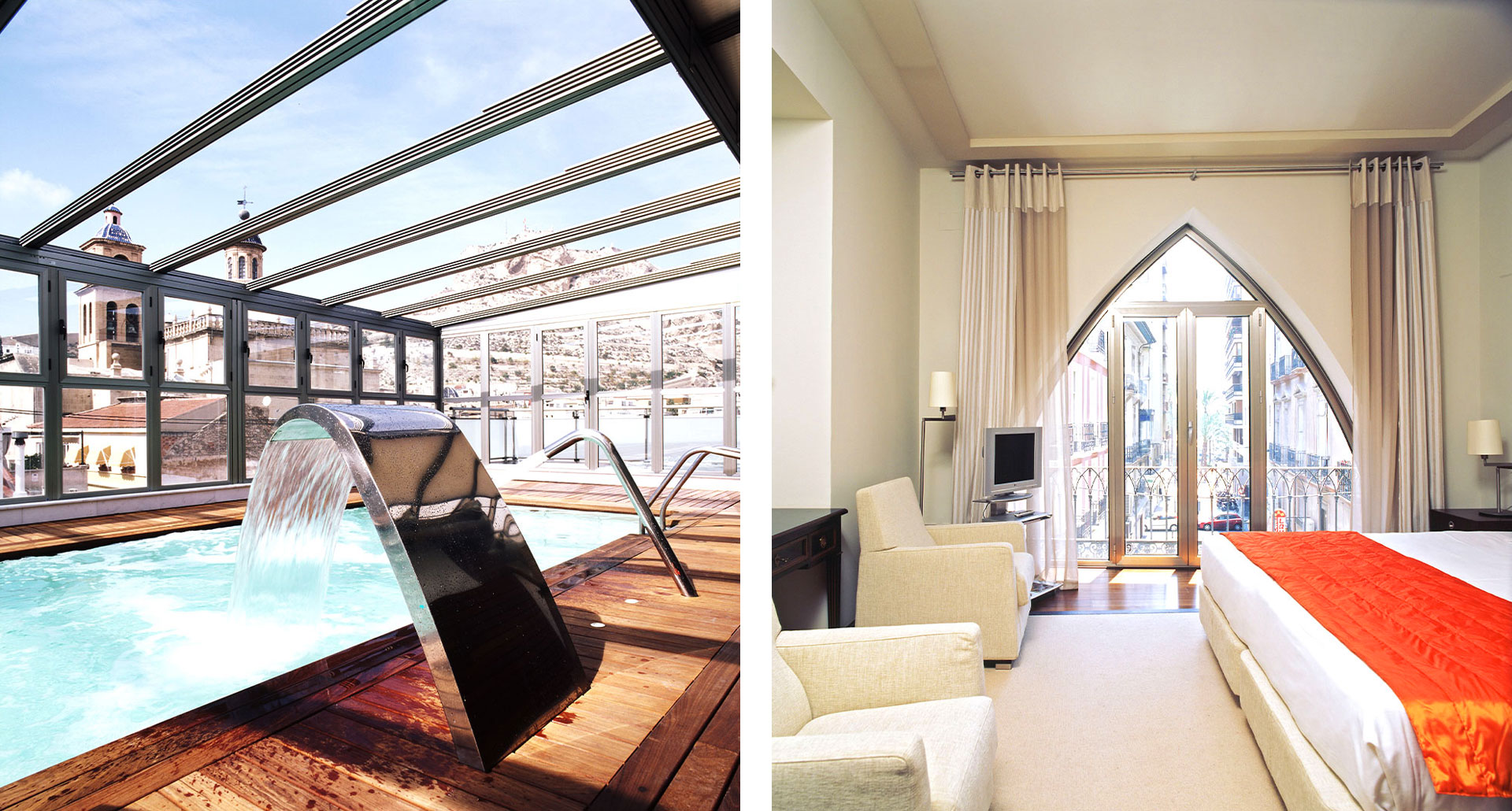 Another outpost of the Hospes group, a series of five-star boutique hotels across Spain, the Amerigo chooses Alicante as its home. Once a Dominican convent, later an office building and an apartment block, today it’s a bit closer to its original incarnation, offering the sort of creamy-white ascetic-luxe experience that is the Hospes group’s specialty. 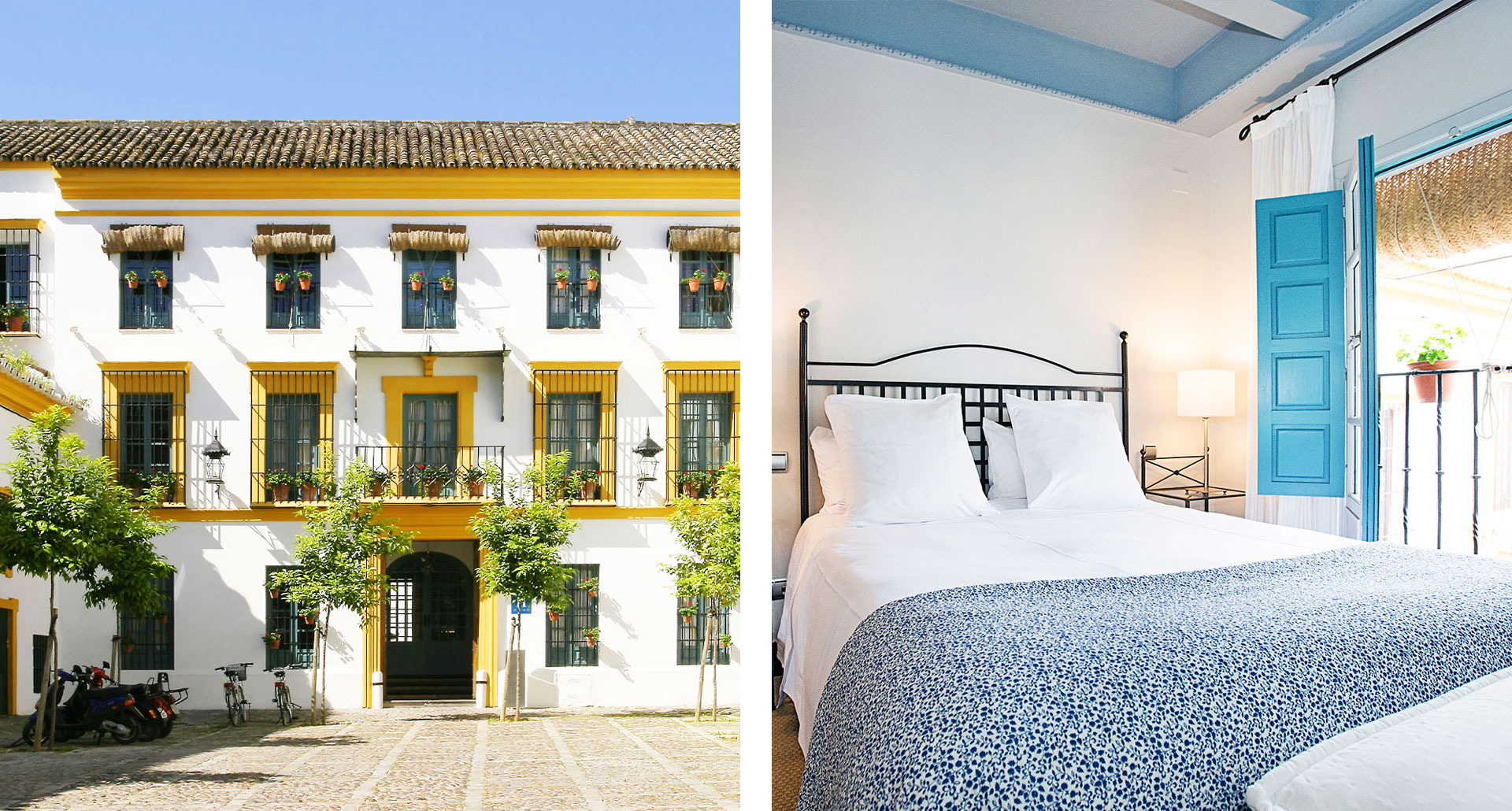 It seems unlikely that any hotel could make good on a promise to shield its guests from the electrifying din of Seville’s flamenco-tinged street life. Las Casas del Rey de Baeza, though, accomplishes this, and a bit more. From the street the hotel appears utterly traditional, a whitewashed 18th-century house in the traditional style, in the midst of Seville’s historic district. The interiors, though, are refreshingly urbane and contemporary, an island of soothing modern design in the most picturesque of settings, bathed in the southern Spanish sunlight. 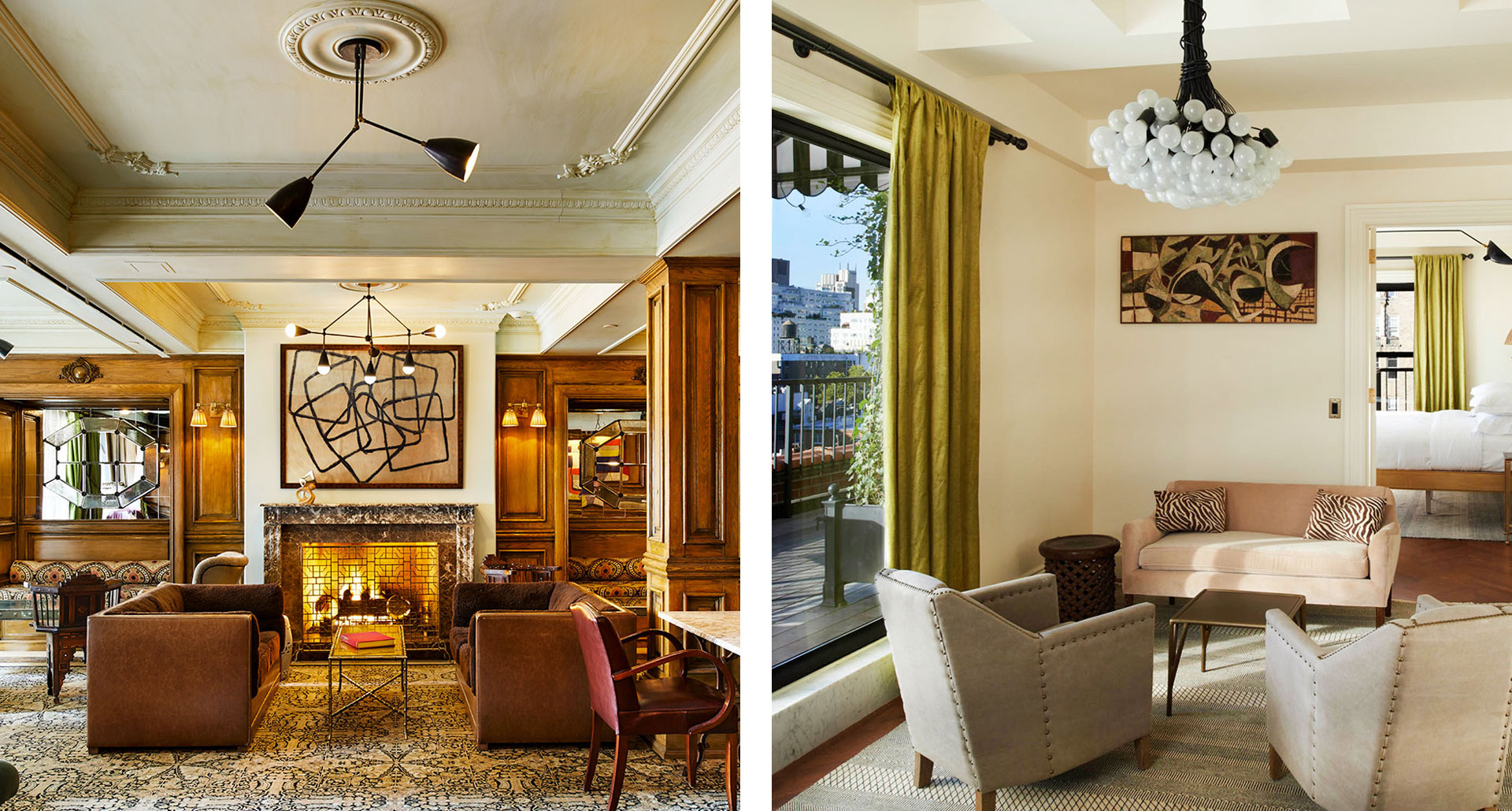 In the boutique-hotel world, what’s old is new again. In New York Sean MacPherson’s hotels were among the first to turn away from glossy, futuristic minimalism and towards something with a bit more retro romance. So the historically inspired Marlton, the century-old Greenwich Village hotel which once hosted the likes of Jack Kerouac and Julie Andrews, is perfectly in character. 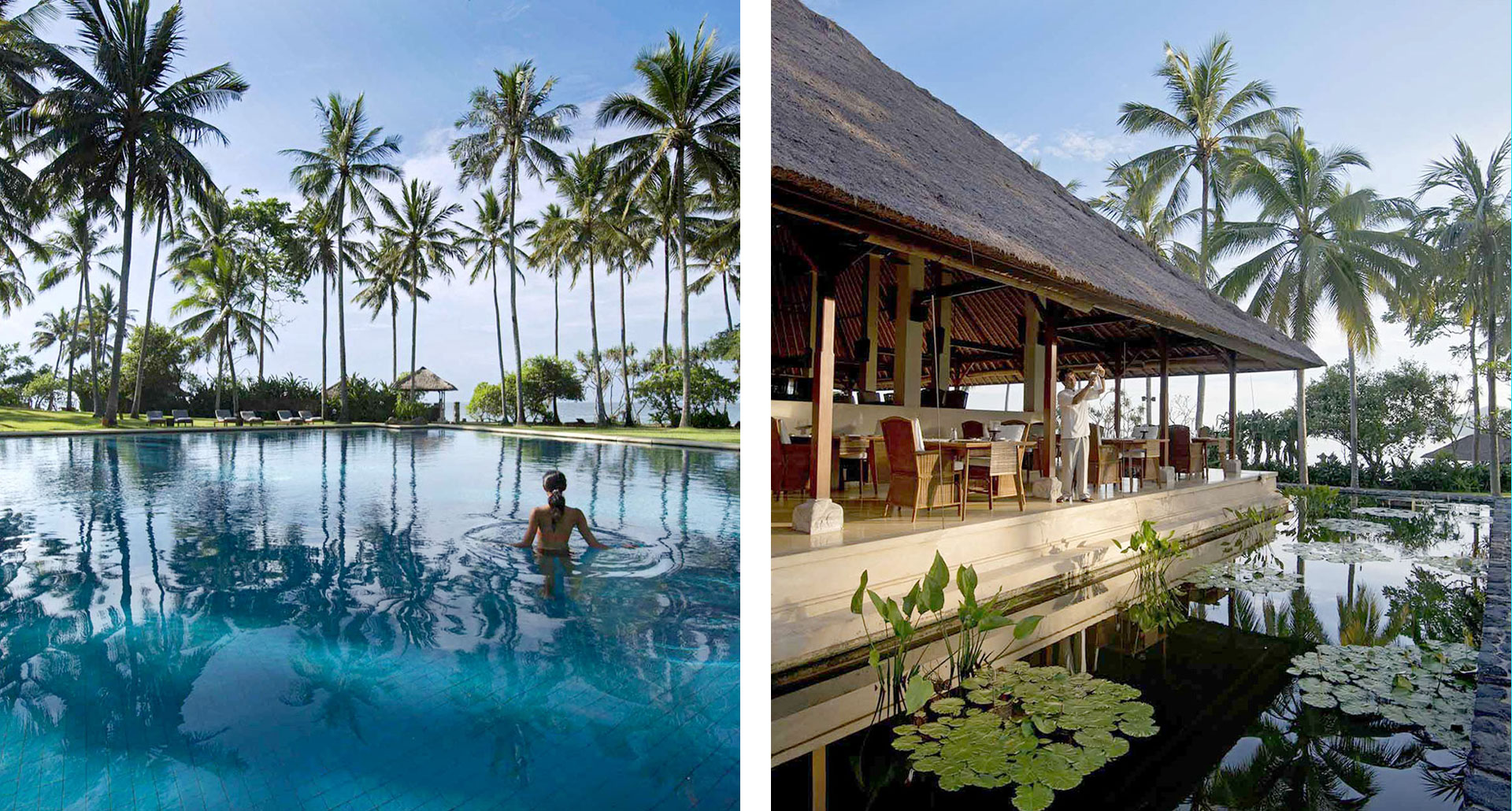 It’s difficult to say just what is special about Alila Manggis. Maybe it’s in the execution, or something more intangible, but there is definitely something that elevates this hotel (formerly known as the Serai) above other hotels in the genre. The design, by renowned hotel architect Kerry Hill, feels just right, with a pleasing mix of the traditional and the modern, without trying too hard in either direction. The four low buildings surround a pool, lined with palms, and the landscape is lush with gardens and indigenous foliage — this is sensitive development at its finest, with the hotel acting as steward rather than master of its environment. 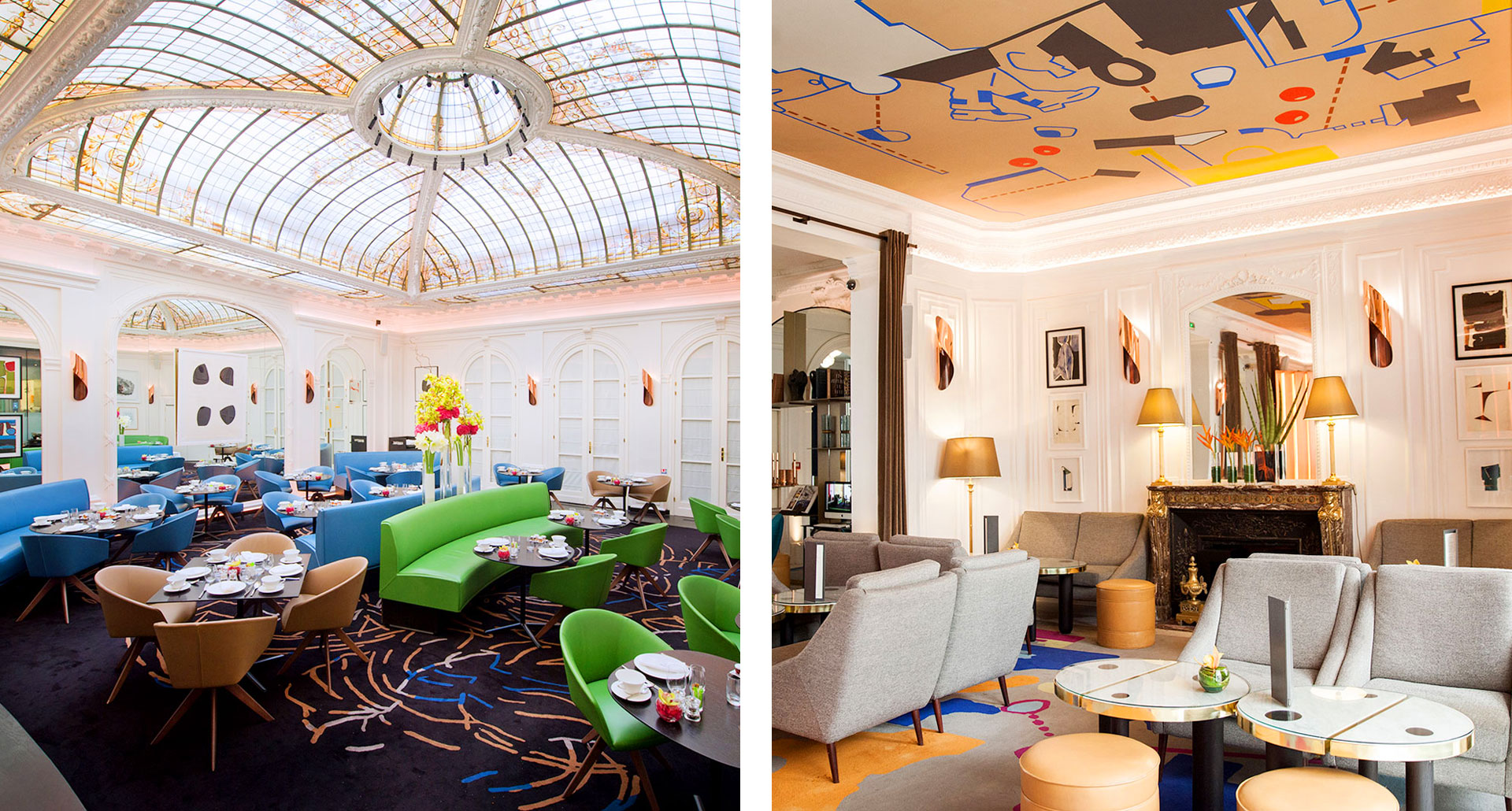 Sister hotel to the Left Bank’s Bel Ami, the Hôtel Vernet is blessed with a singular location: more or less right at the business end of the Golden Triangle, yards from the Arc de Triomphe itself, in a century-old post-Haussmann building by Albert Joseph Sélonier, with a glass dome designed by Gustave Eiffel himself. 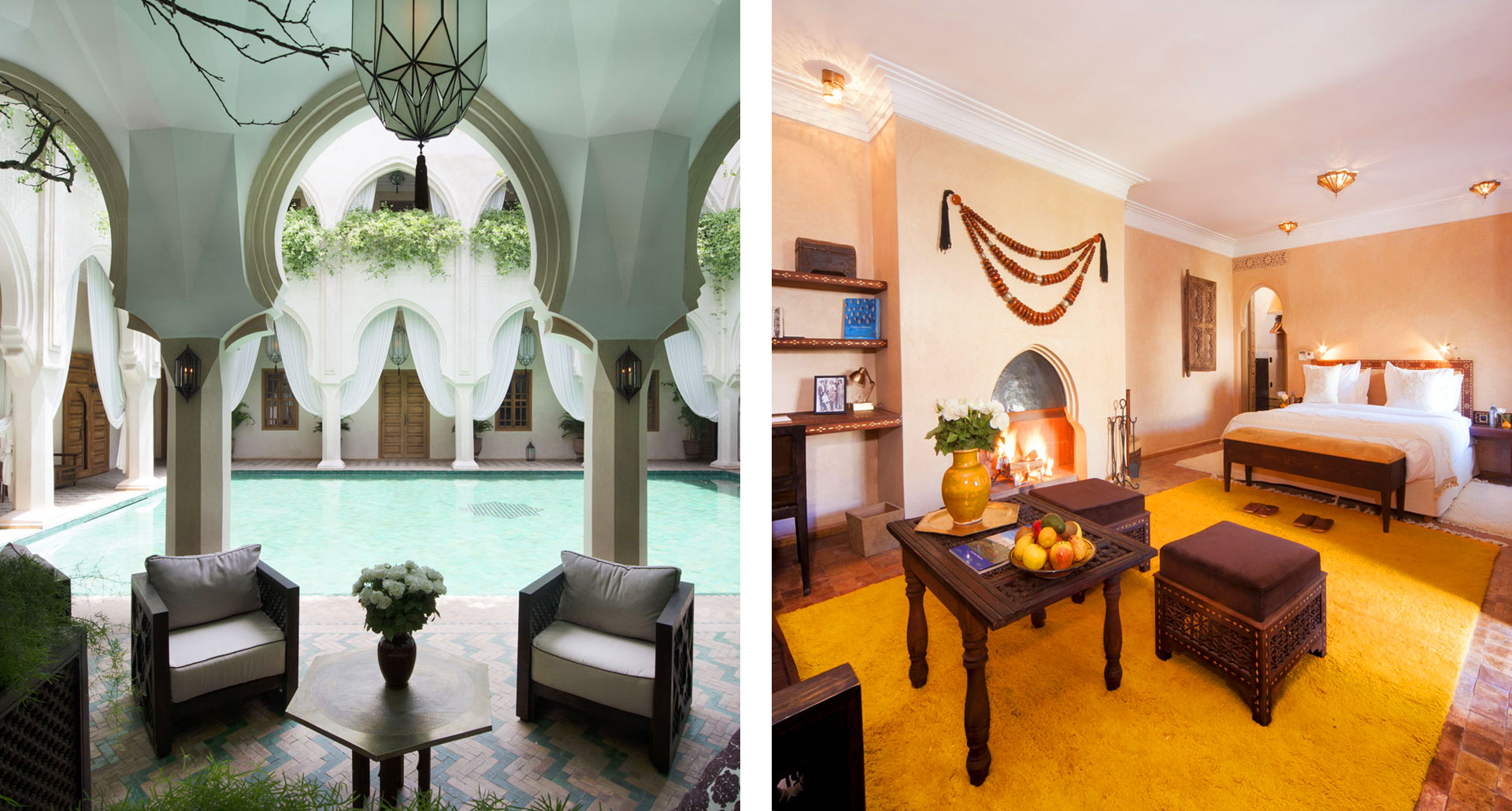 There’s something undeniably special about staying in a riad, even the most basic ones — something unique and wonderful about leaving the busy streets of the medina and stepping into the quiet central courtyard of a traditional Moroccan house. So when a riad owner has a particular vision for the place, and goes to the extra effort to realize it, the effect can be downright magical. So it is with the new Almaha Marrakech. The inspiration, in this case, was Charles Baudelaire’s poem “L’invitation au voyage” (Invitation to the Voyage) — a poem that evokes, among other appealing sensory images, “comfort and beauty, calm and bliss” and “treasure galore,” “rarest blooms” and “amber-like perfumes.” 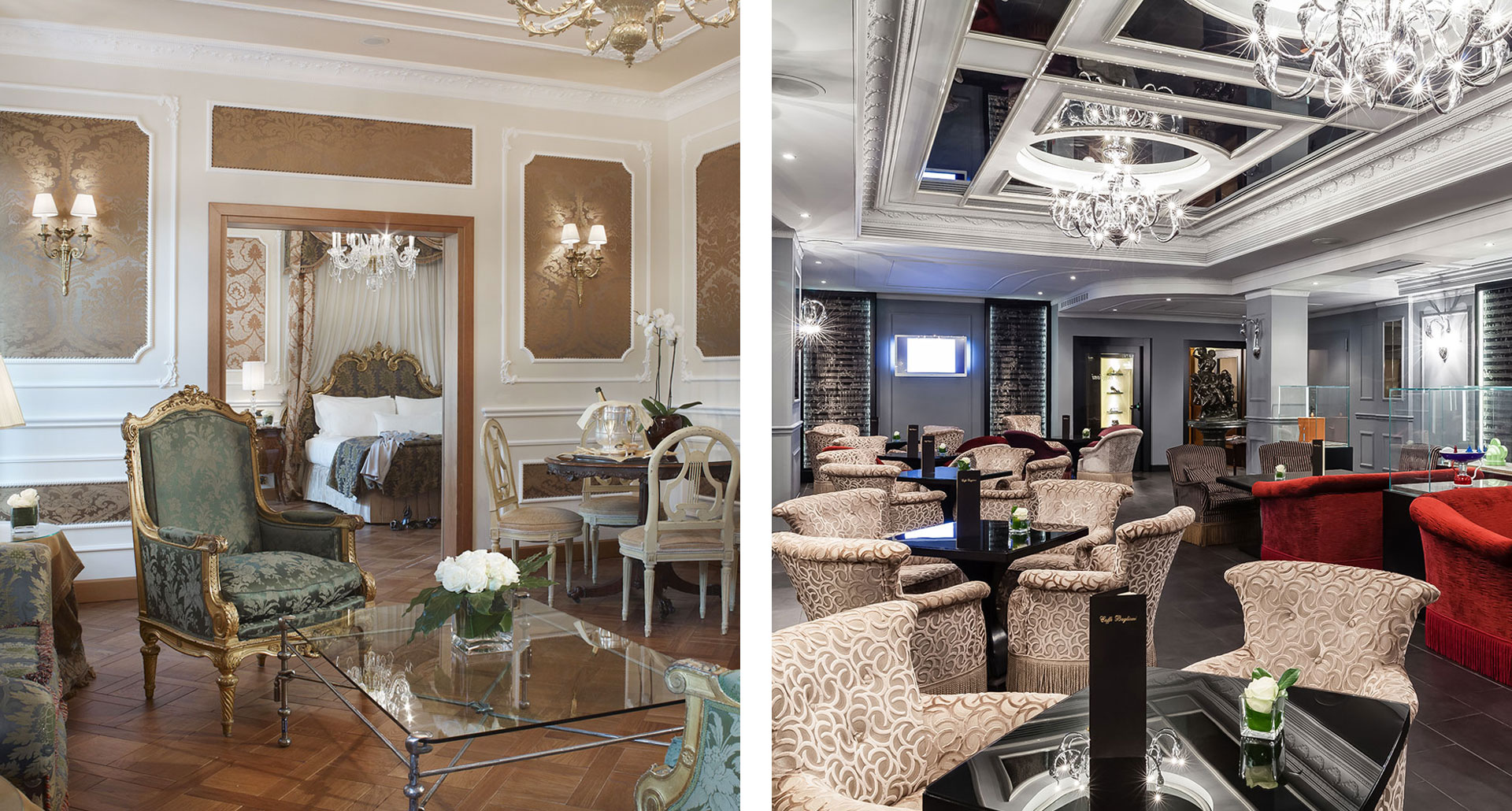 Italy in general is not exactly uncharted territory for luxury hoteliers — and Milan in particular might be the nation’s capital of opulence, thanks to the convergence of its traditional industrial wealth and its status as the country’s capital of fashion and design. And you’d be hard pressed to find a purer expression of classic Milanese luxury than the Baglioni Hotel Carlton, which is located, not incidentally, right in the Golden Quadrangle, surrounded by all manner of fashion and luxury brands. 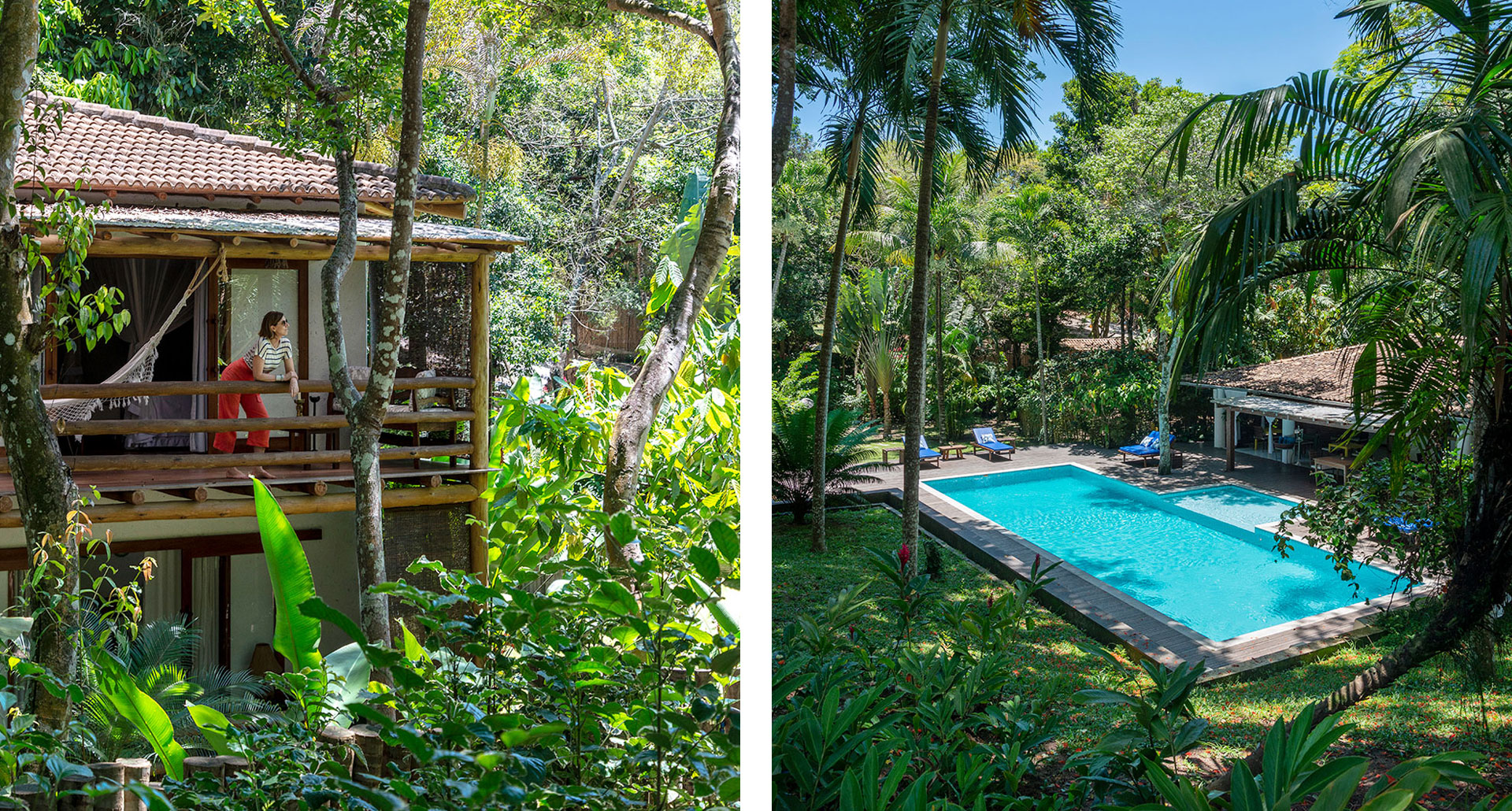 Up north in Bahia is where you’ll find the wilder, rougher side of Brazil — which for anyone bored of the beach scene in Rio is not a warning but a positive enticement. Trancoso was one of the prototypical fishing-villages-turned-hideaways, and there’s still plenty of that mellow bohemian vibe about it. Which Etnia Casa Hotel trades upon quite liberally.