Enjoy our Top Ten Tablet Plus hotels for the week of February 17. 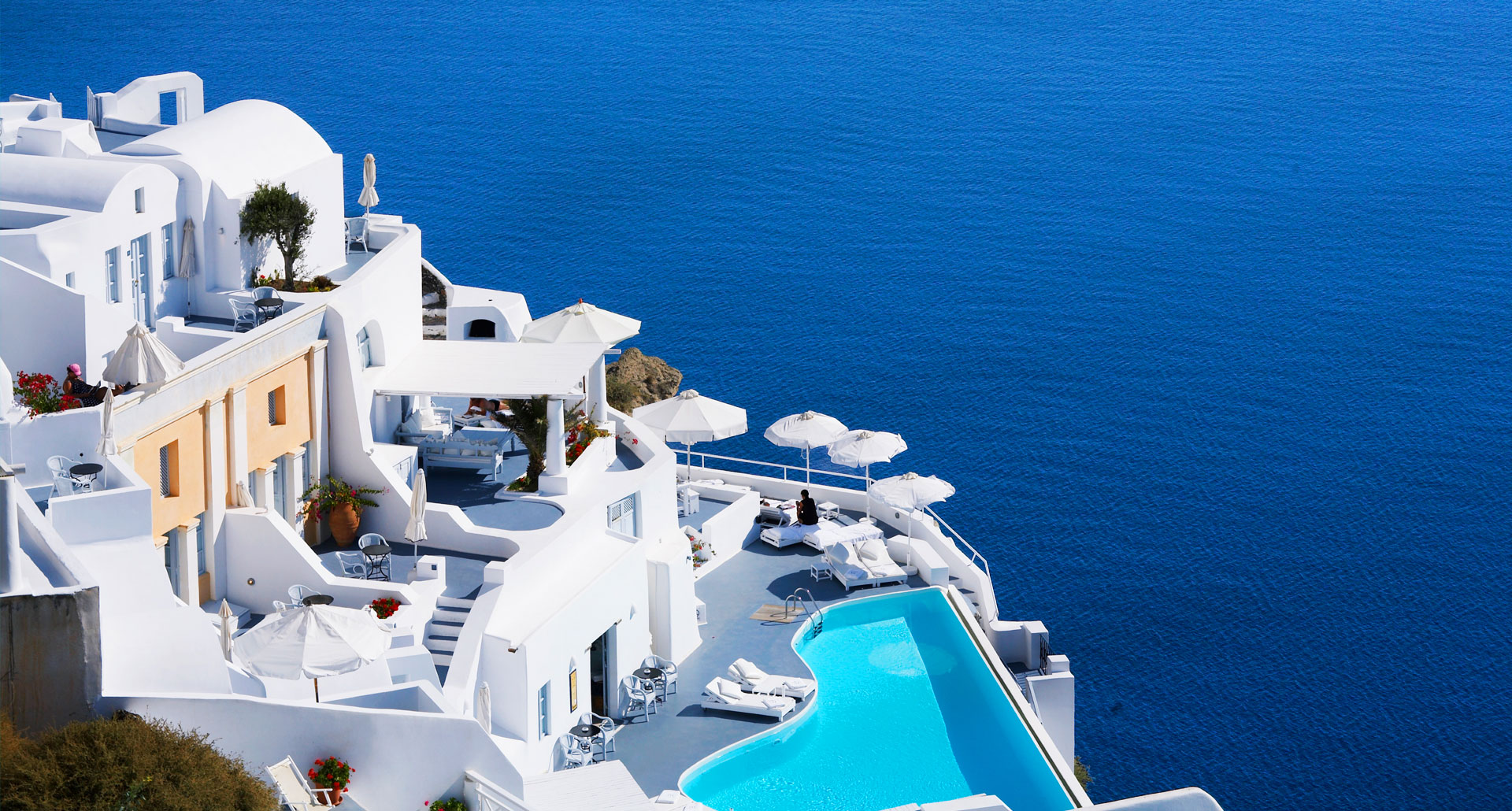 On Santorini, the view’s the thing, and there may be none better than that from the pool deck at Katikies, looking out over the island’s submerged volcanic caldera and the sea beyond. This hotel is a feast for the eyes, not just a scenic overlook but a sparkling white modernist take on a traditional cliff dwelling, spilling down the steep hillside a hundred meters above the water. 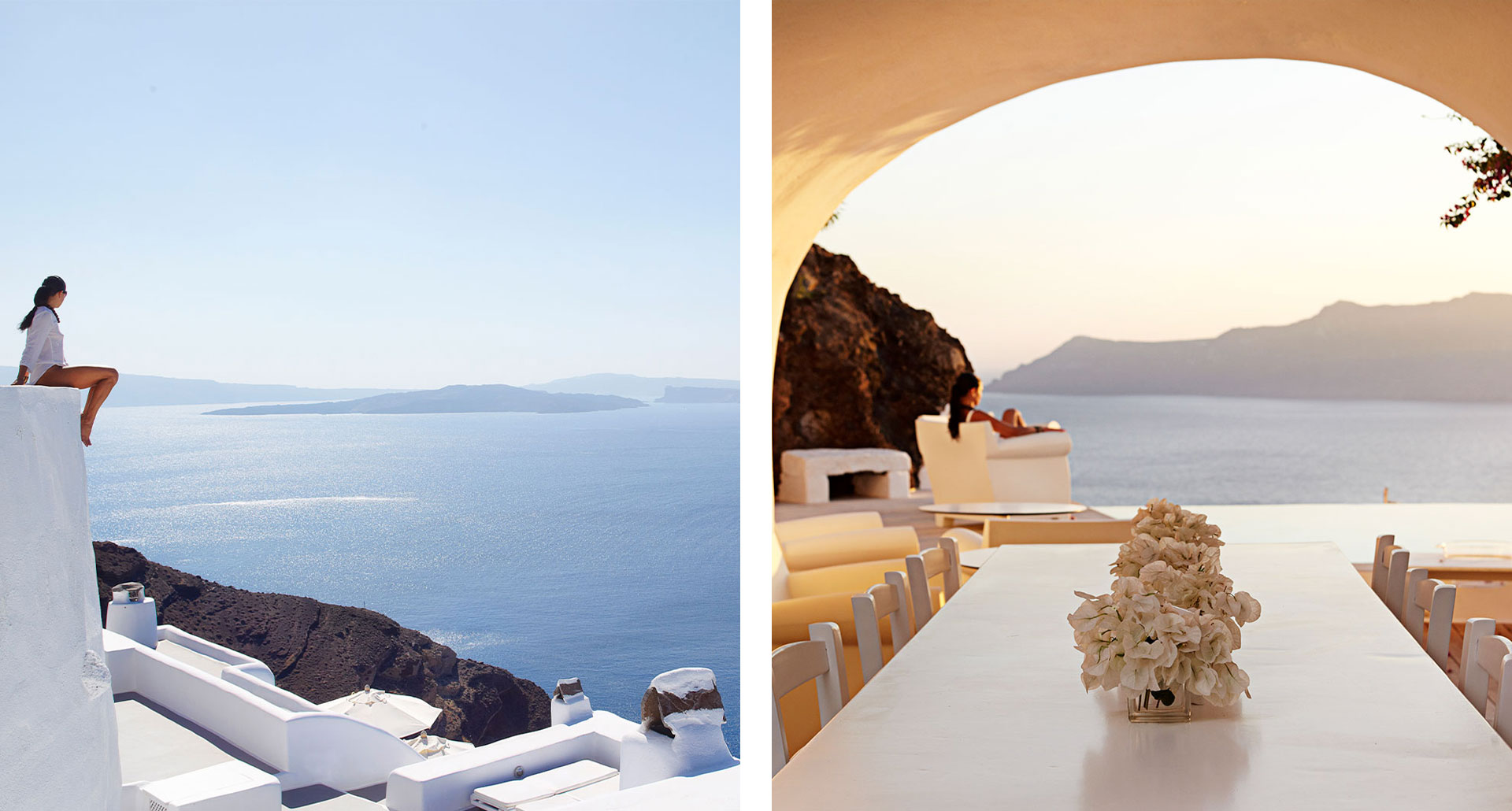 The differences between the best Santorini hotels are remarkably subtle; how to distinguish one sun-drenched, white-washed hotel on a scenic seaside cliff from the next? More than anything, it just comes down to execution — well, that and the sublimity of the views, but the photos say it all in that department. Kirini Suites is hardly breaking new ground on Santorini — if anything, their vision of the quintessential Greek Island hideaway is even purer than the competition’s. It’s just that, at Kirini, all the fresh white paint is somehow more pristine, the infinity pool overlooking the sea that much more spectacular, the suites even sunnier and breezier, and the beds more perfectly cloud-like than the competition’s. Add to all that some of the best food on the island and a serene little spa, and Kirini is a contender for the best hotel on an island with some serious competition. 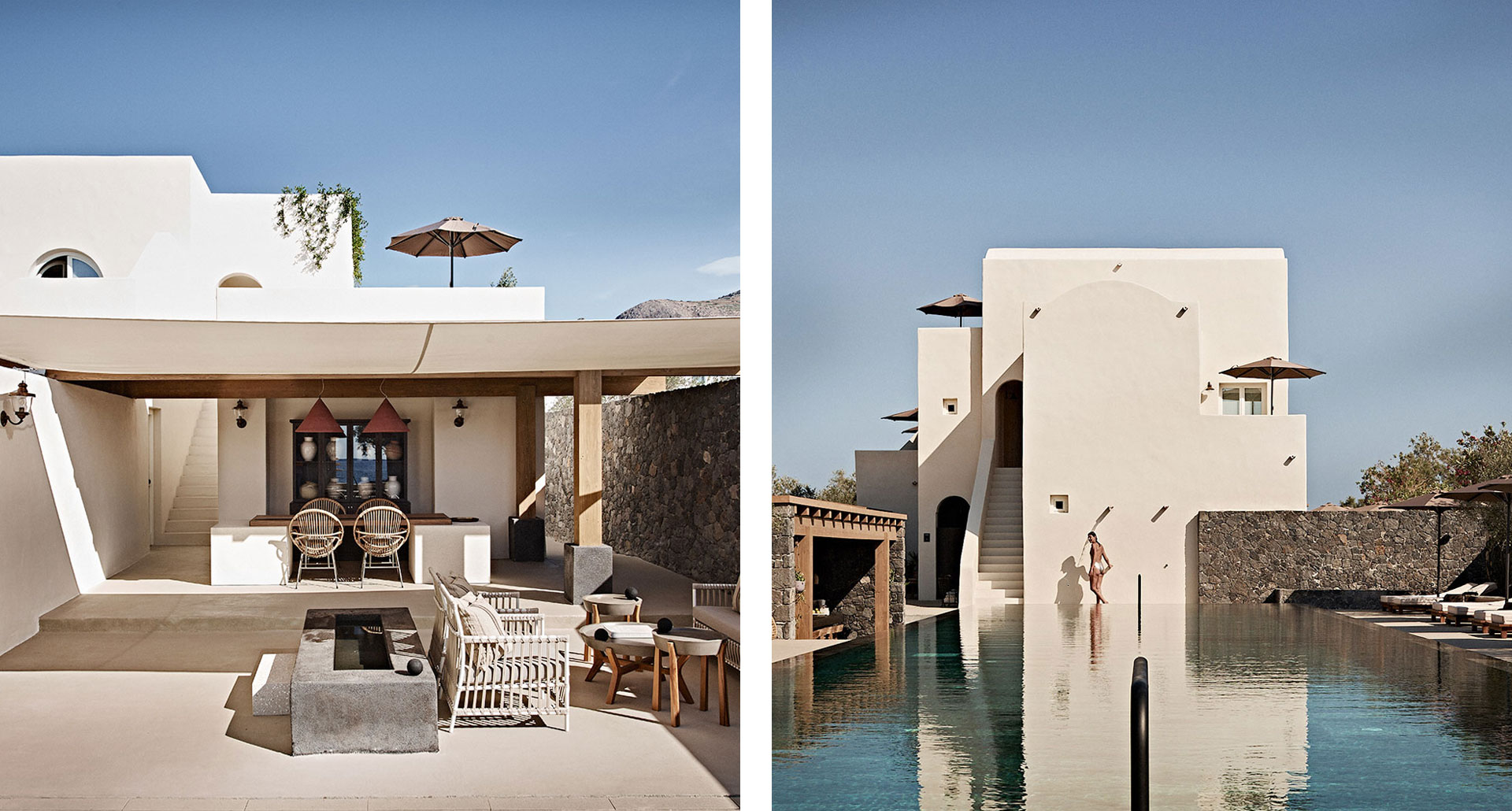 For more than a few Santorini hotels, the main attraction is the inward-facing view of the volcanic caldera at the center of the island’s arc. It takes some nerve, in other words, for a hotel to set up shop on the south coast, far from that famous view. Istoria, instead, looks out over a black sand beach at the endless expanse of the Aegean — and the design, by the Athens-based Interior Design Laboratorium, provides plenty of visual interest of its own. 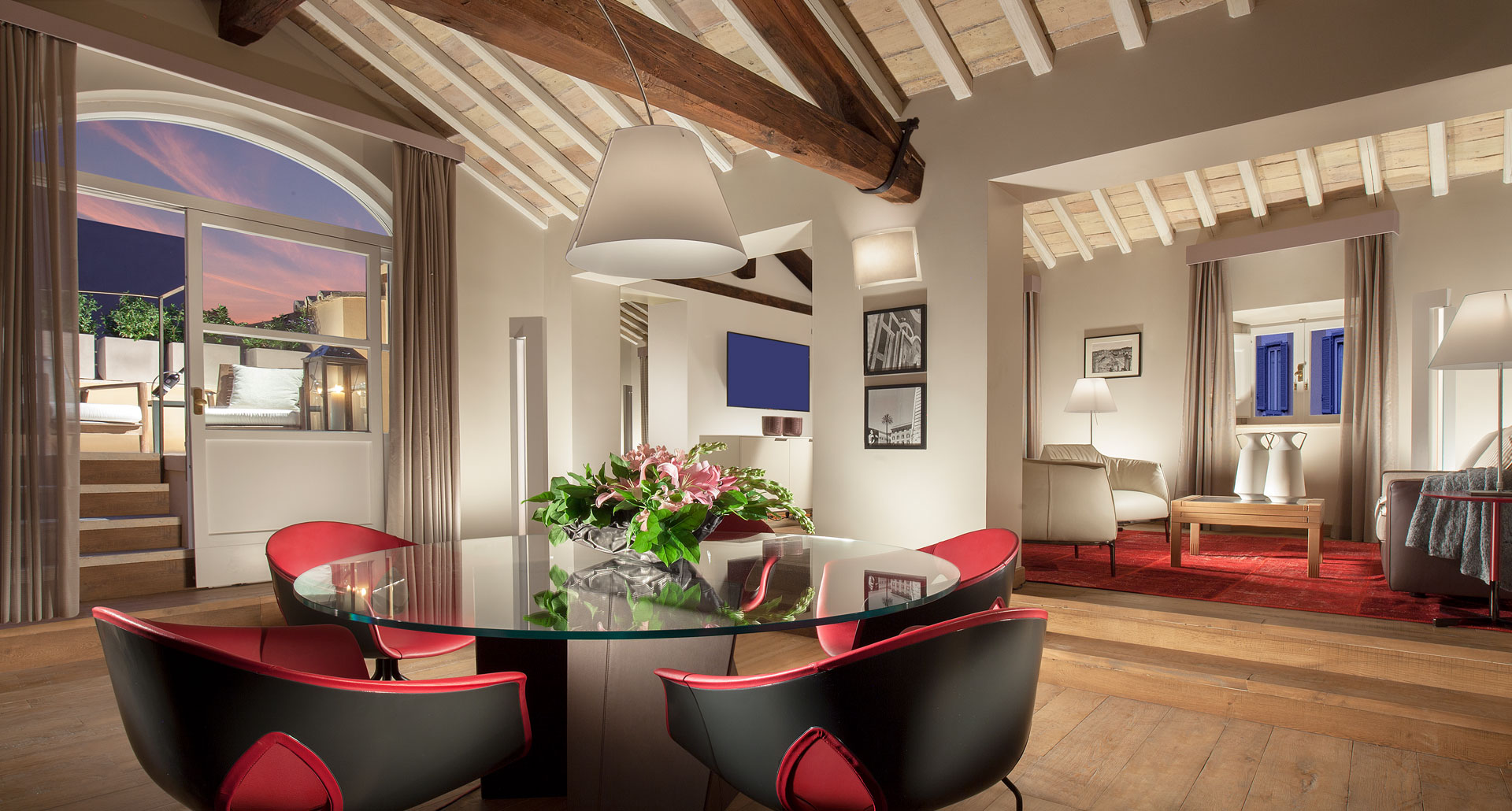 Politicians and noblemen have a funny way of snapping up the best real estate for their own personal use. So it’s no surprise that one of Albania’s great national heroes, George Castriot — that’s Scanderbeg (1405-1468) to you — didn’t care to settle for some kind of ordinary apartment during his frequent stays in Rome. Even in the fifteenth century, it seems, location, location, location was a thing: his palazzo is mere steps from the Trevi Fountain. The building has been through a number of phases since then, including a recent stint as a museum dedicated to pasta. These days, the Palazzo Scanderbeg has gone back to its roots, re-opening its doors as a small hotel with classic elegance and a modern edge. 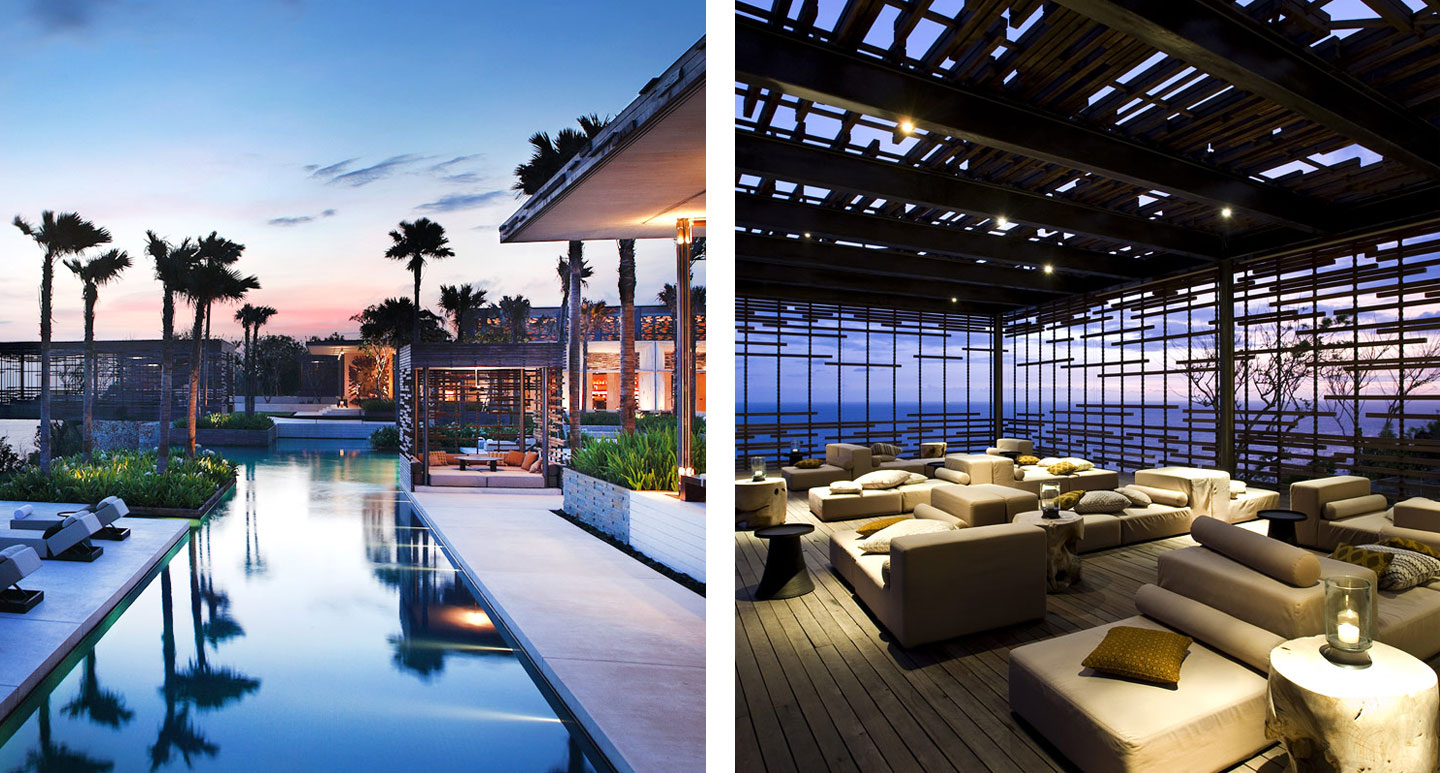 When it comes to successful and stylish high-end resorts across Asia and the far East there are a few different names we could mention. Ask around, though, and you’ll find consistent high marks awarded to the Alila group. They’re not the most decadent resorts in the world, but their sophisticated semi-urban design sense and their relentlessly friendly staff have helped them build a reputation for accessible luxury — though they’re unmistakably high-end they’re never aloof or intimidating, whether in Thailand, Laos, the Maldives, or around Indonesia, where they’ve just put the finishing touches to the Alila Villas Uluwatu, on the south coast of the Bukit Peninsula. 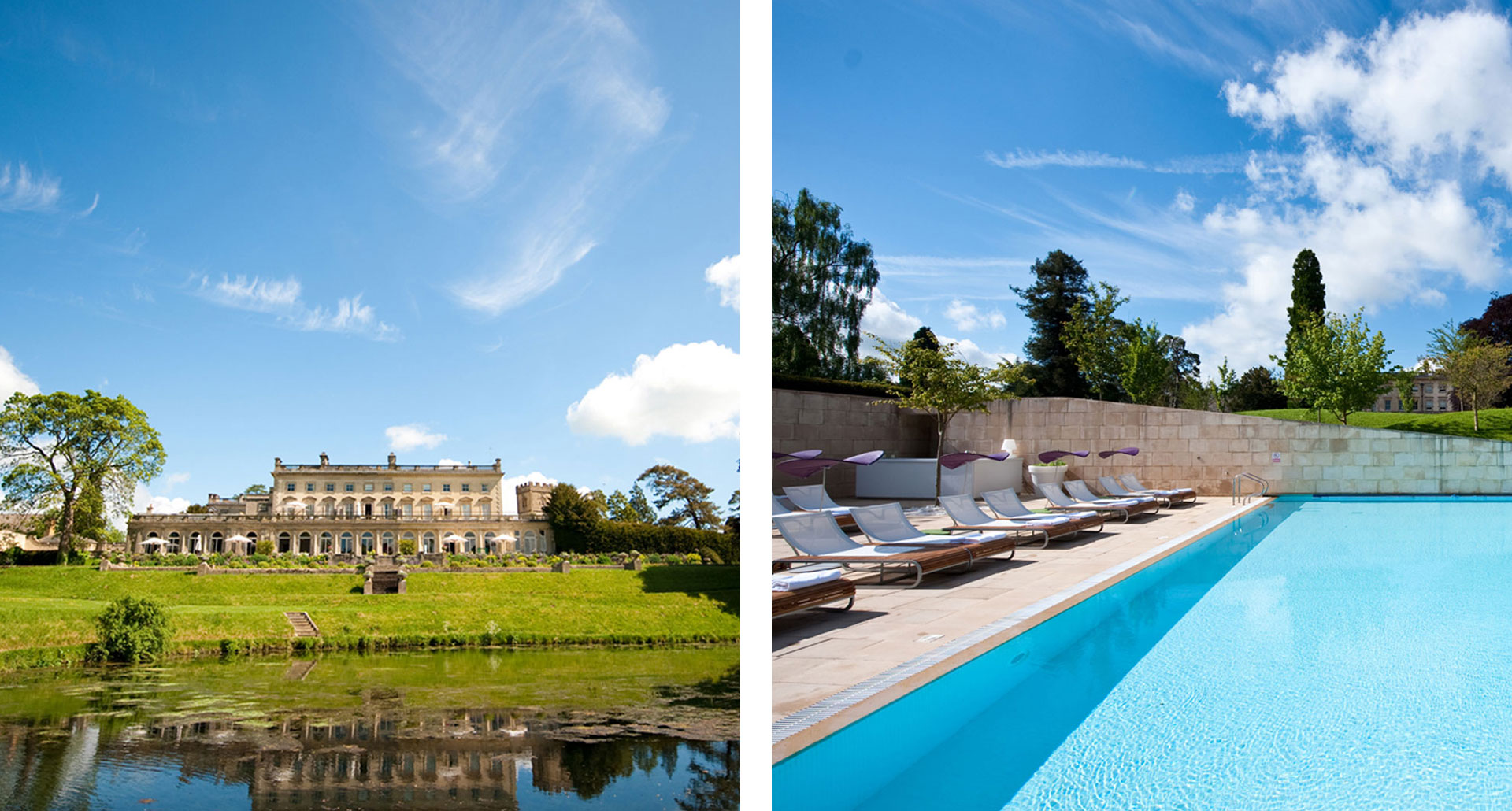 From the outside, Cowley Manor is an absolutely classical Italianate mansion, actually loosely based on Rome’s Villa Borghese. Seemingly a traditional English country house, this appears from a distance to be the sort of place one might set a BBC adaptation of a nineteenth-century literary classic. In fact, Lewis Carroll is purported to have first met Alice Liddell in the gardens of this very estate. 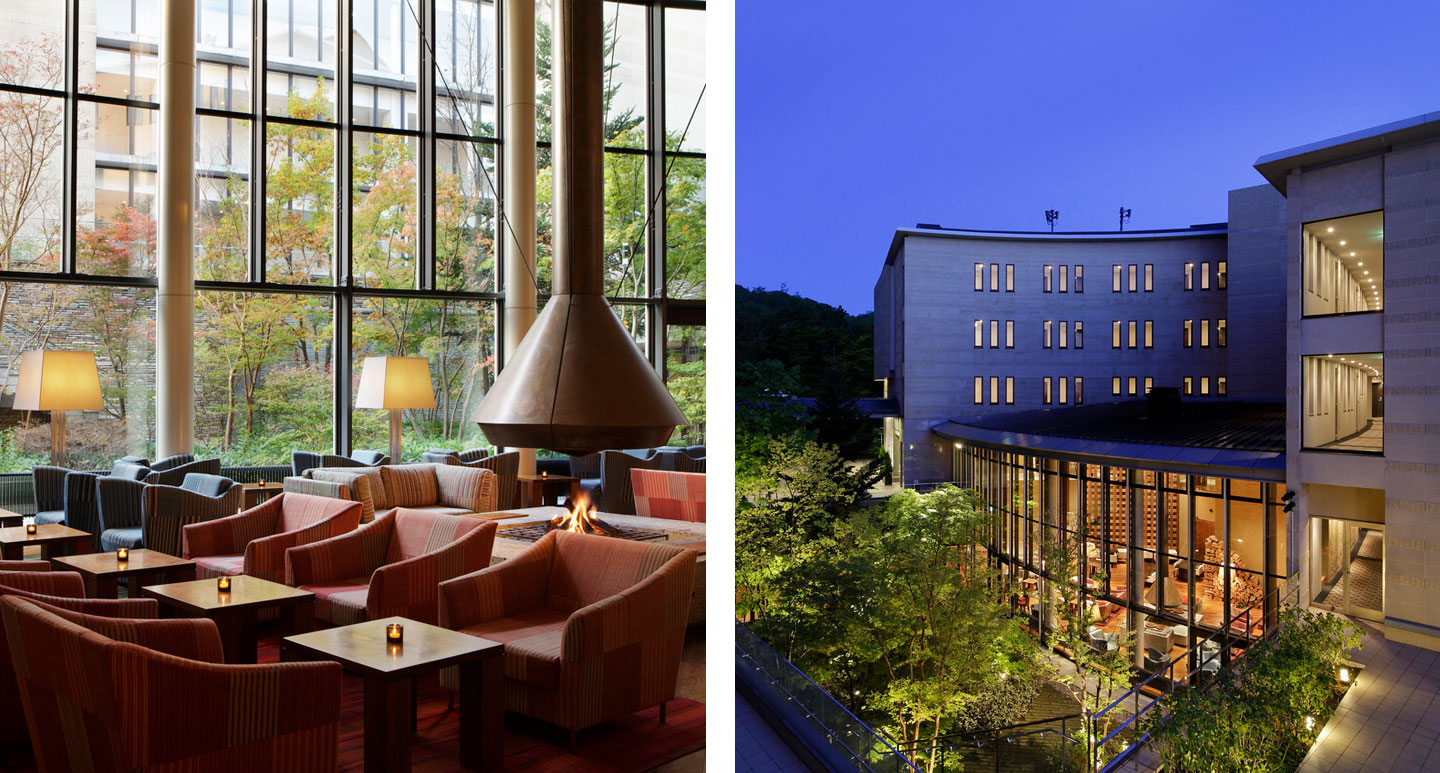 Travelers to (and within) Japan know the Hyatt name means something special here. There’s the famous Park Hyatt in Tokyo, of course, and a number of fine Grand Hyatts all around the country. Located in Gora, a hot spring town at the foot of Mount Fuji, an hour and a half to the west of Tokyo, the Hyatt Regency Hakone is exceptional for being an international-style luxury hotel in the rural spa territory ordinarily reserved for Japan’s traditional inns. 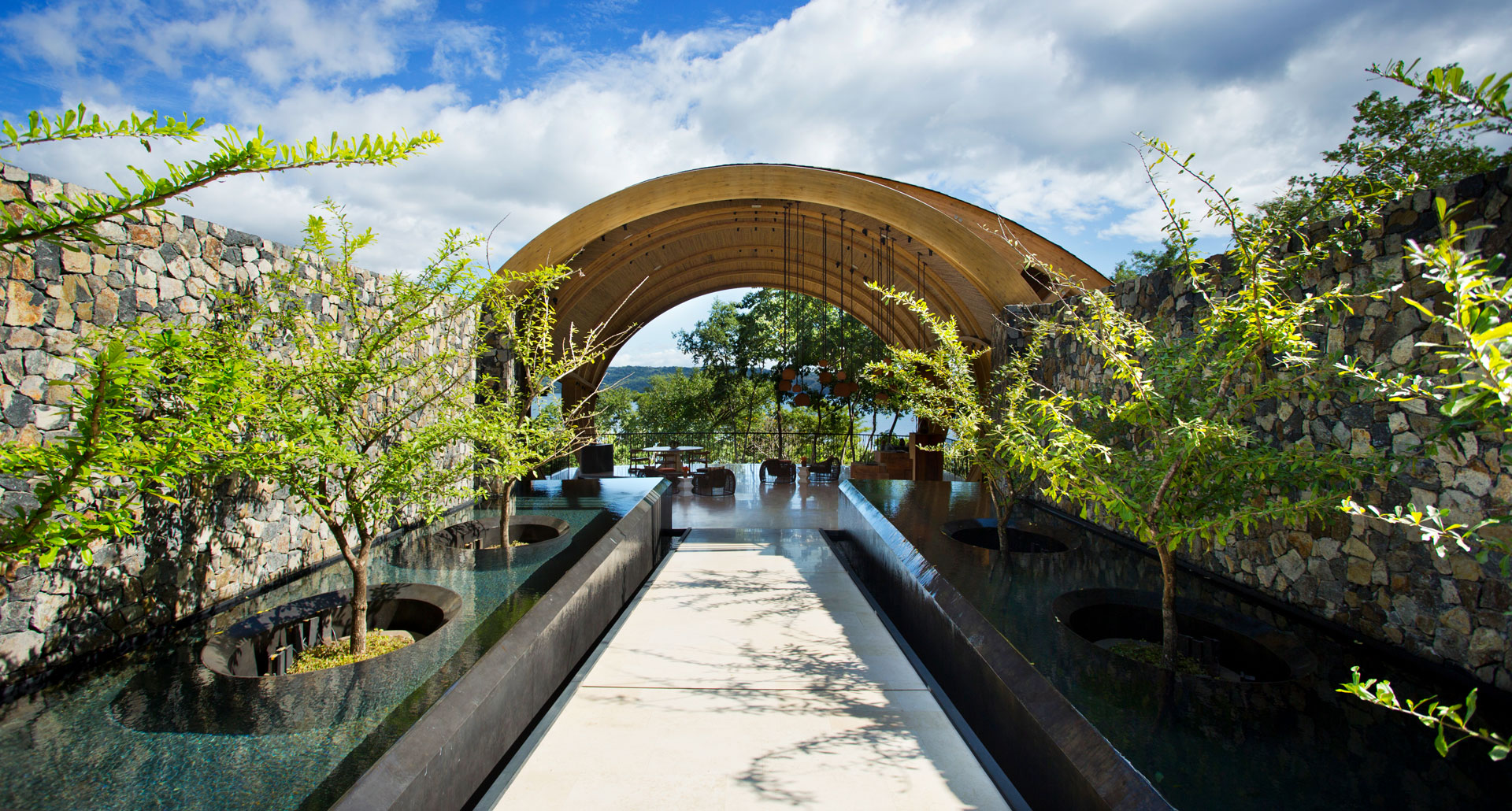 It’s no exaggeration to say that the Andaz Costa Rica Resort at Peninsula Papagayo represents a sort of quantum leap in Costa Rican tourism. This is a country that’s got eco-resorts aplenty, as well as the occasional full-on luxury hotel, and even some grand gestures by the local architect Ronald Zürcher. This, however, is all three: a member of Hyatt’s luxury-boutique Andaz line, it’s environmentally sensitive, swanky as all get-out, and visually inventive as well, its curvaceous Zürcher-designed villas taking inspiration from cocoons and seashells. 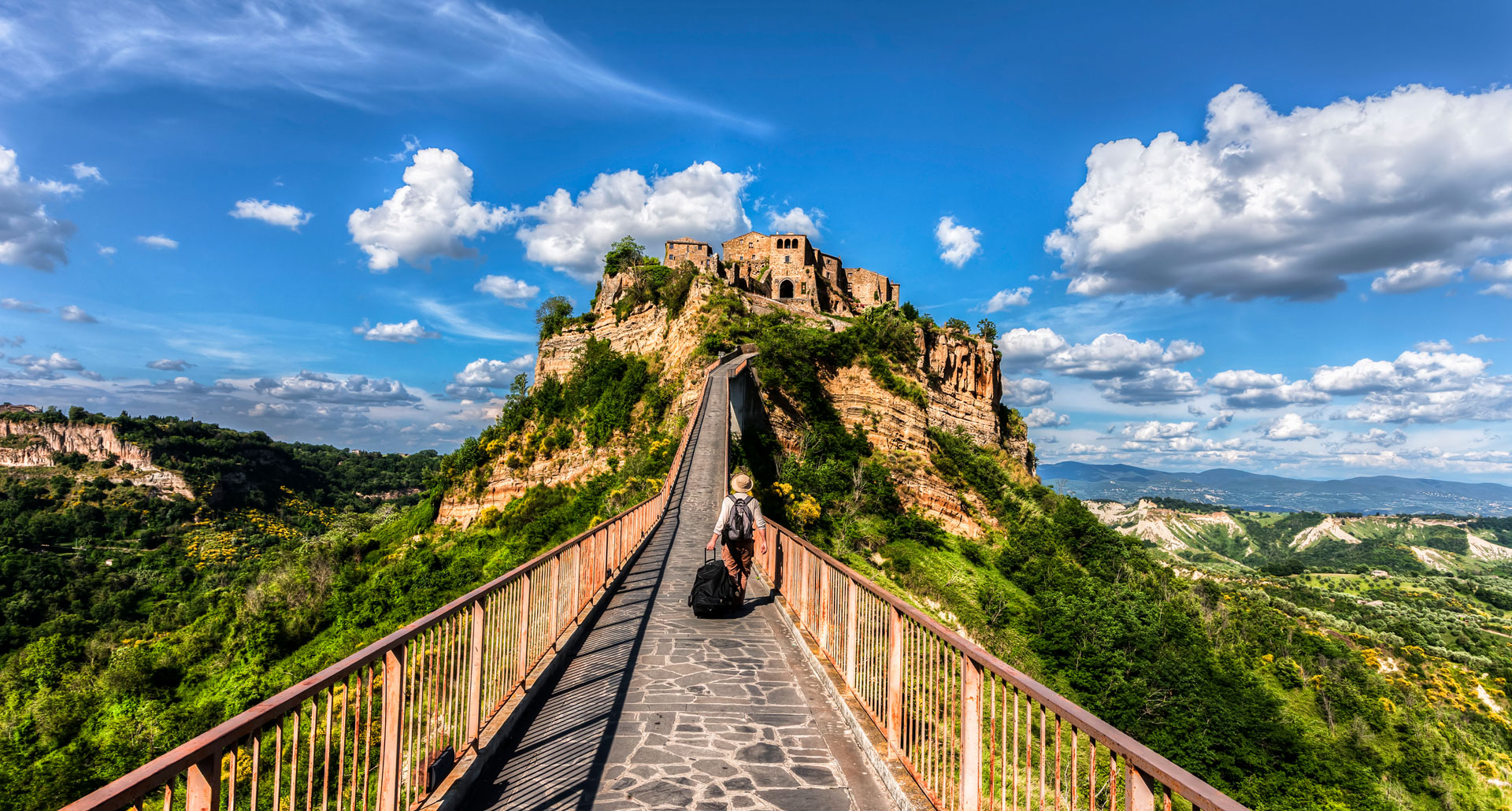 All roads may lead to Rome, but there’s no one to stop you from pulling a U-turn. You won’t have to travel far outside the capital before the medieval village of Civita di Bagnoregio rises up into view on a hilltop before you. It’s a vision so magnificent that you’ll have a hard time believing that Italians once nicknamed the place la cittá che muore – the dying city. But natural disasters happen even in a landscape as bucolic as this one: an earthquake struck in 1685, and the residents fled, including the bishop, who abandoned his home and seminary. 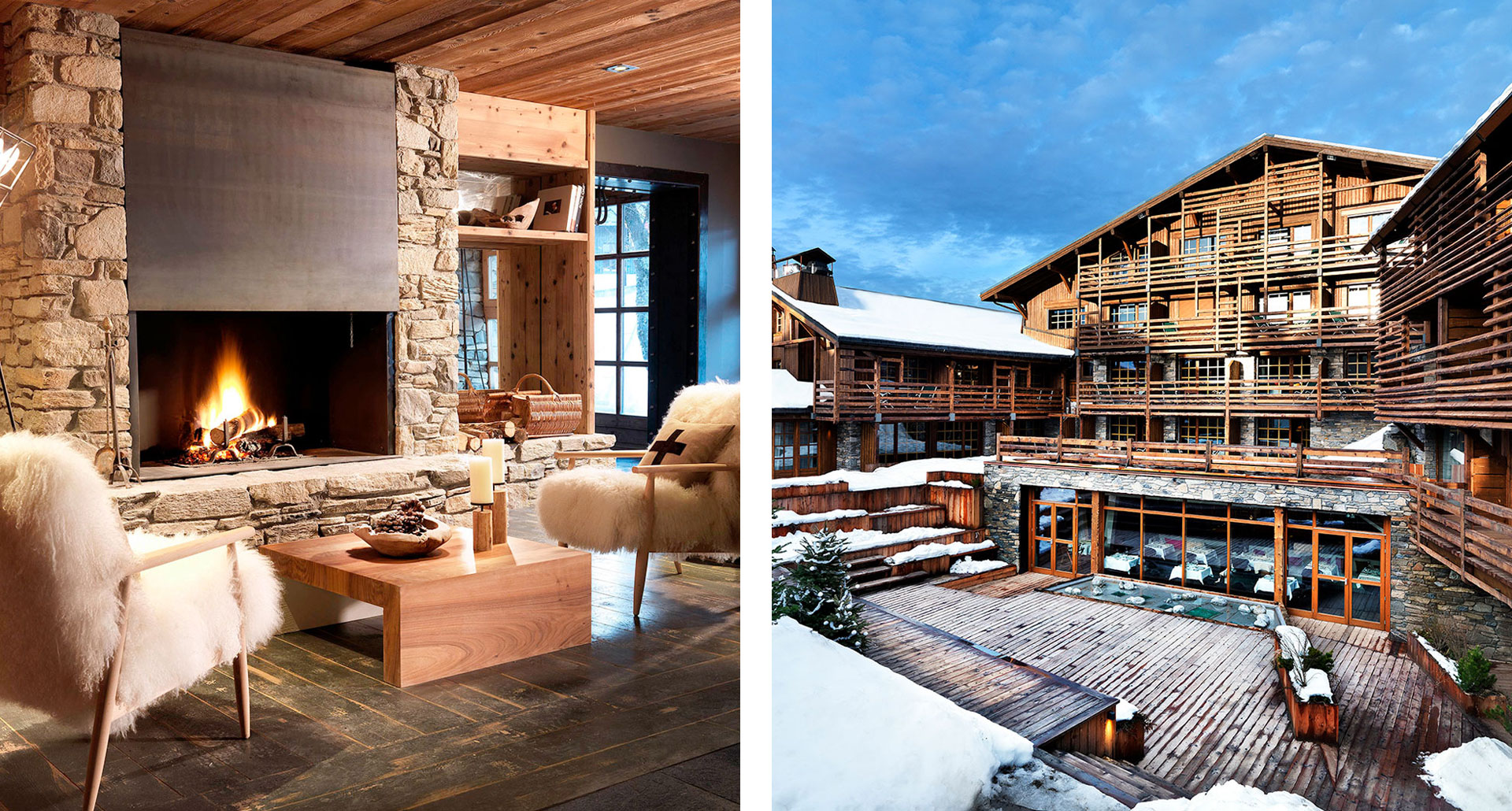 You’ll have to forgive the monied elite for still referring to Megève — that Mecca of ski chalets, with the highest concentration of Michelin stars in the Alps — as a “village.” Sure, it enjoys the same slope access and Rothschild-esque après-ski culture as always, but it’s clearly moved beyond the hidden gem stage, even from the ultra-luxe hotelier perspective. To its credit, Le M de Megève fully embraces this high-style Savoyard heritage, your classic ski chalet to its core. You can’t really blame them: elevated sport that it is, alpine skiing dovetails naturally with upper-crust airs, and besides, it’s no fun not to flaunt in such company.