Enjoy our Top Ten Tablet Plus hotels for the week of February 10. 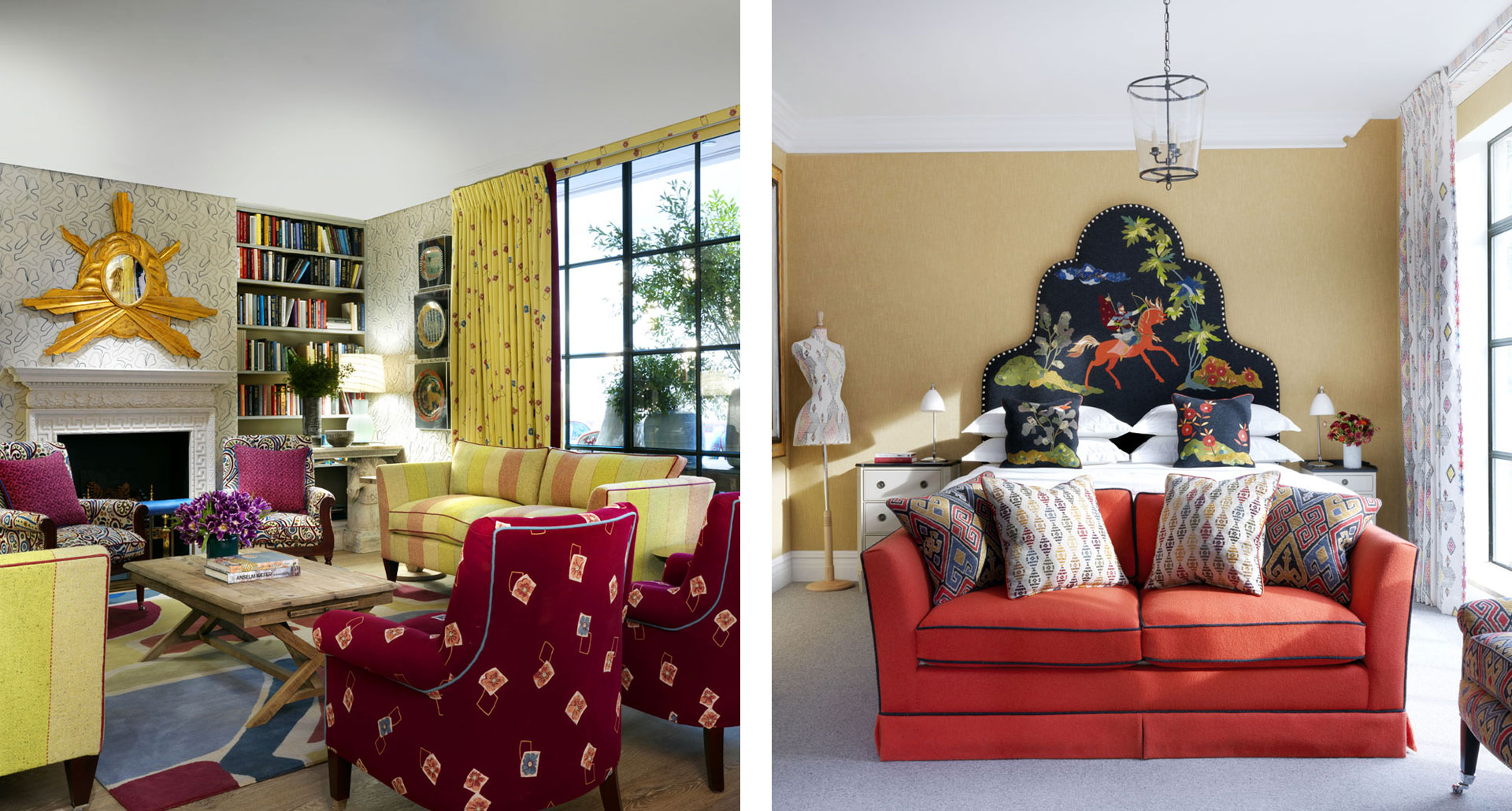 We’ve been looking forward to telling you about this one ever since we saw those telltale steel-framed windows appear over West 56th Street. Firmdale, the proprietors of Soho’s fine Crosby Street Hotel (as well as too many London hotels to mention), is at it again, this time in Midtown, just two blocks from Central Park. The Whitby Hotel brings the warmth and coziness of English hospitality to a neighborhood that’s already got plenty of American-style luxury hotels, and proves that Firmdale can compete with anyone in the world on comfort, and look just that much more stylish and charming while they’re at it. 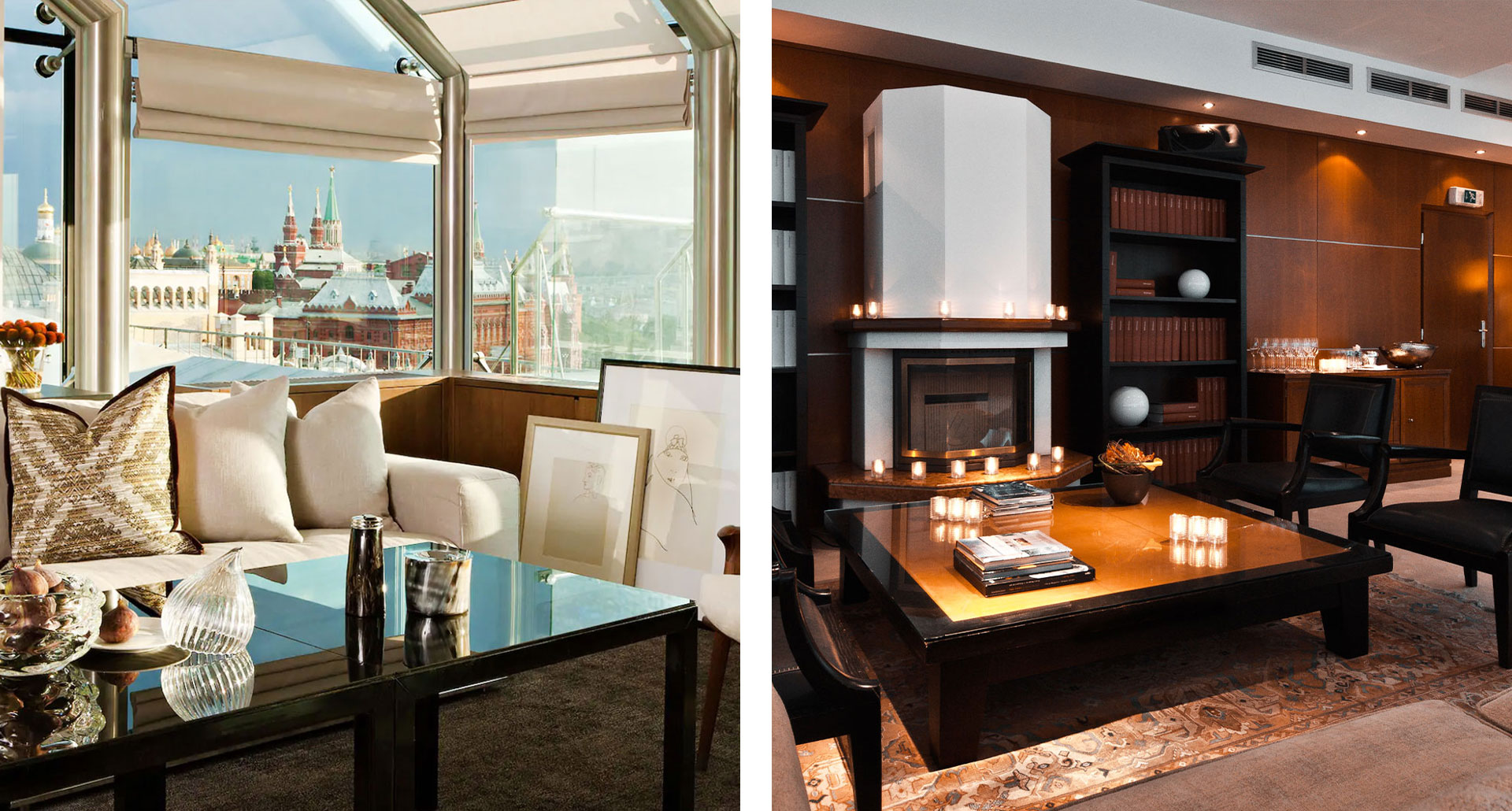 It is now possible to spend the night in a Park Hyatt hotel room, with a Danish Bang & Olufsen flat-screen television, showering in a bathroom of Zimbabwe marble, sleeping on a bed with an Italian Pozzoli frame — less than a quarter mile from the Bolshoi Theatre, and a short walk from the Kremlin, Red Square, Lenin’s Tomb, and St. Basil’s Cathedral. 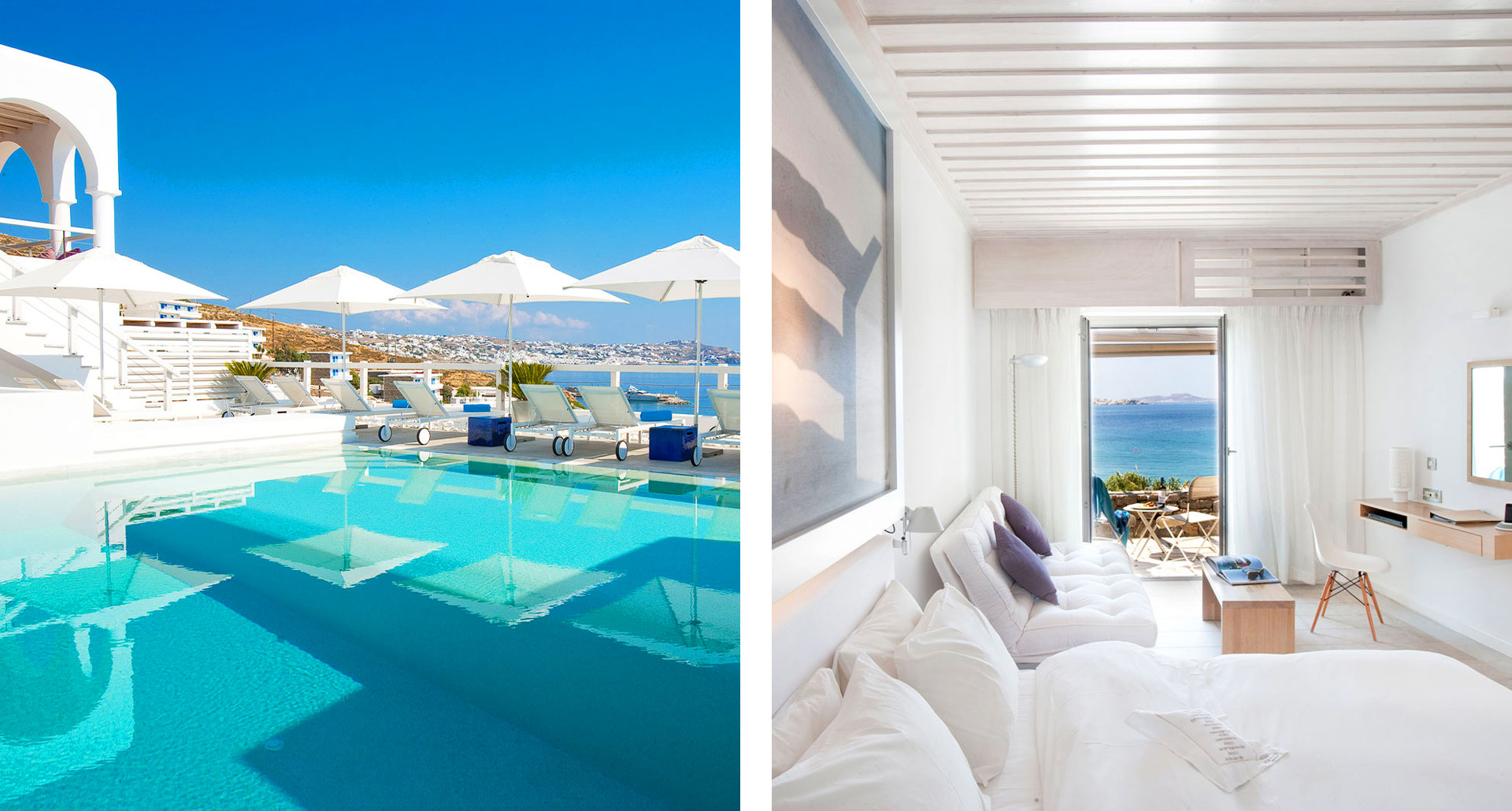 It’s hard not to come to Greece with a picture already in mind, whether it’s one derived from the Homeric epics or from yogurt commercials. The question is whether the reality can live up to the fantasy. Grace Mykonos presents a refined, almost utopian vision of island life, all clean white edges and deep cerulean sea — here the fantasy just might be the reality. 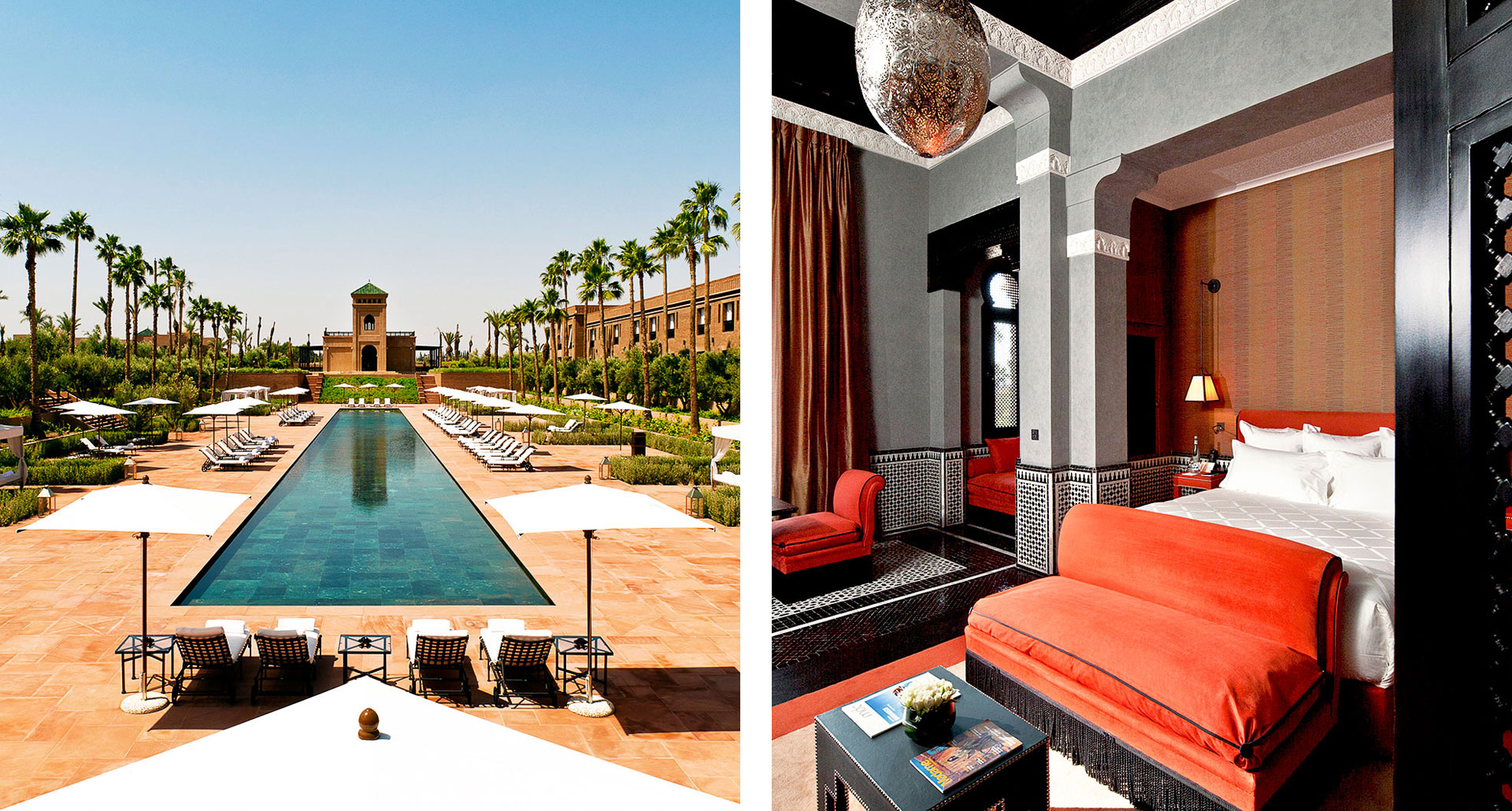 If any hotel in Marrakech truly lives up to its billing as an oasis in the city, it’s the Selman. Spread across some fifteen acres to the south of the medina, it’s a splash of green amidst the arid desert landscape, its grounds dotted with sparkling pools and fountains — and as if it didn’t already seem like something of a mirage, there’s even a family of thoroughbred Arabian horses leading lives of extraordinary leisure as they roam the hotel’s pastures. Generally we pass lightly over the question of accommodation for a hotel’s non-human inhabitants, but when the horses sleep in stables designed by Jacques Garcia to resemble Indian and Andalusian palaces, as they do at the Selman, we have to assume it reflects well on the prospects for the bipedal guests. 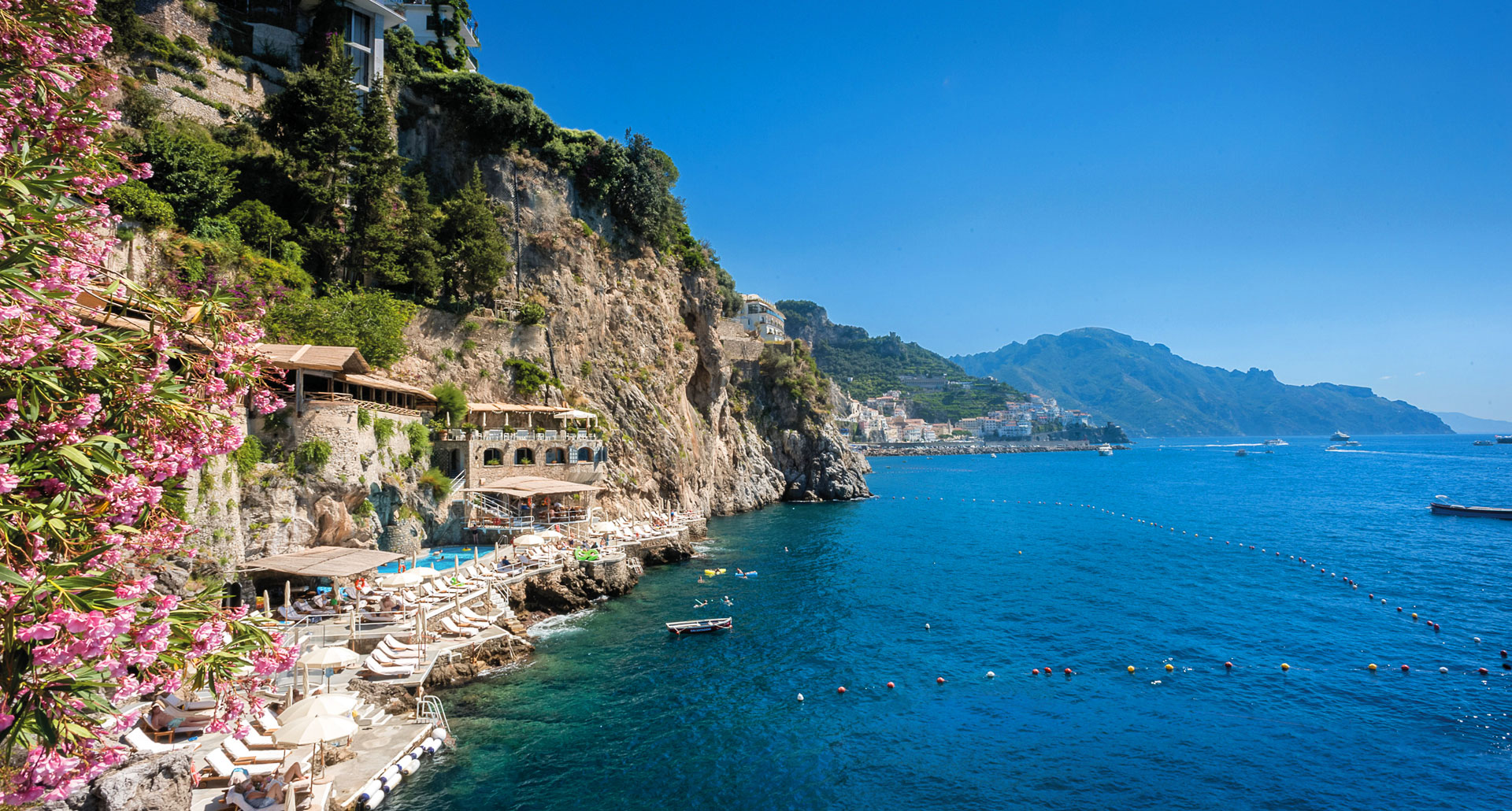 It’s the rare traditional-style hotel that really gets us going, but the Santa Caterina is an absolute classic. Family-owned for the better part of a century, it sits high on a hillside facing the sea and the town of Amalfi — guests ride an elevator down to the hotel’s private beach, for the ultimate storybook Italian-coast experience. 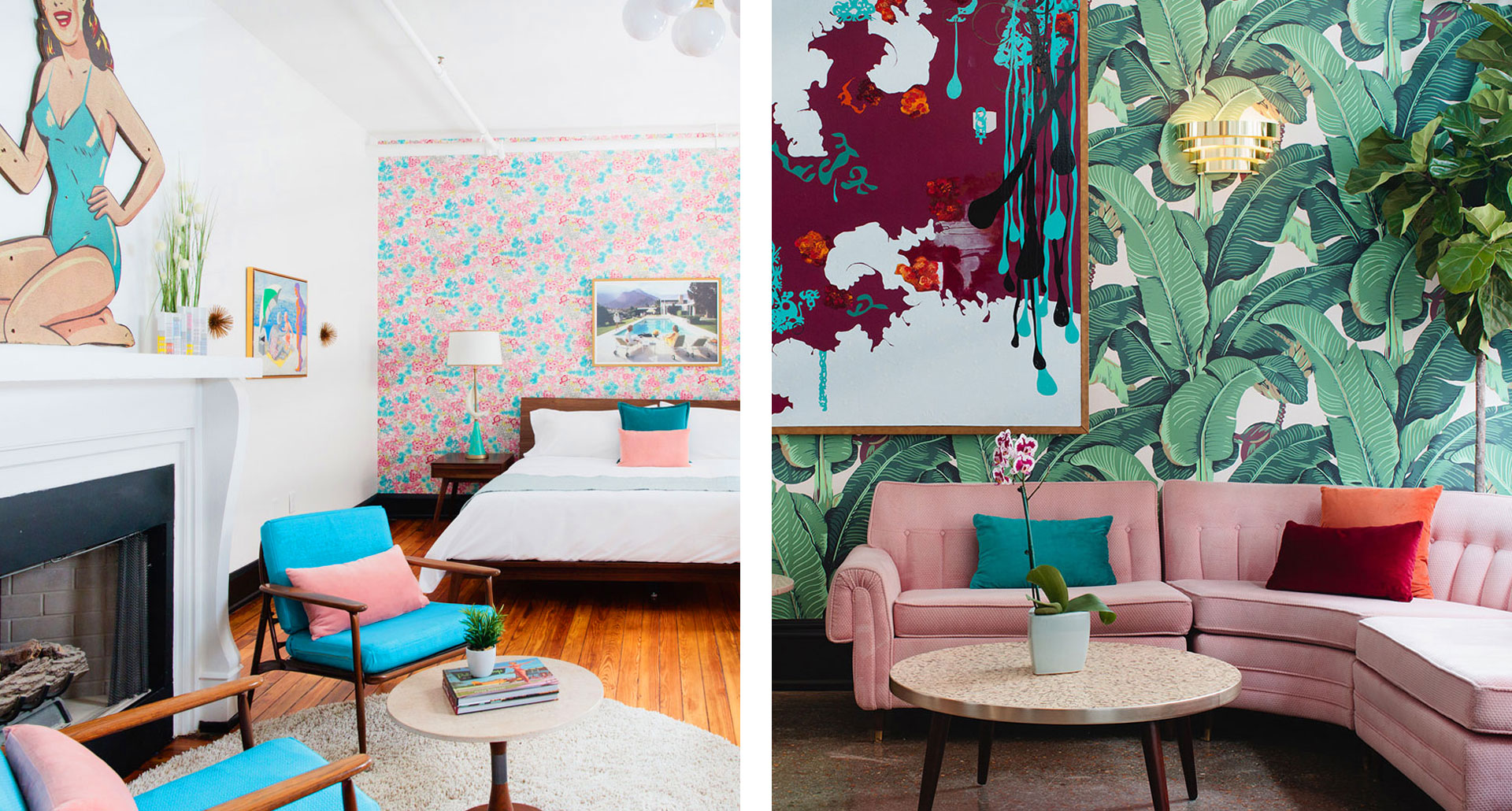 While hoteliers in New York and Los Angeles strain mightily against sky-high real-estate prices, smaller regional cities like Chattanooga, Tennessee are flourishing like never before. This highly livable town has long been popular among outdoor types, and lately it’s been redeveloping its downtown district as well — and now, in the form of the Dwell Hotel, it’s got its first proper boutique hotel. 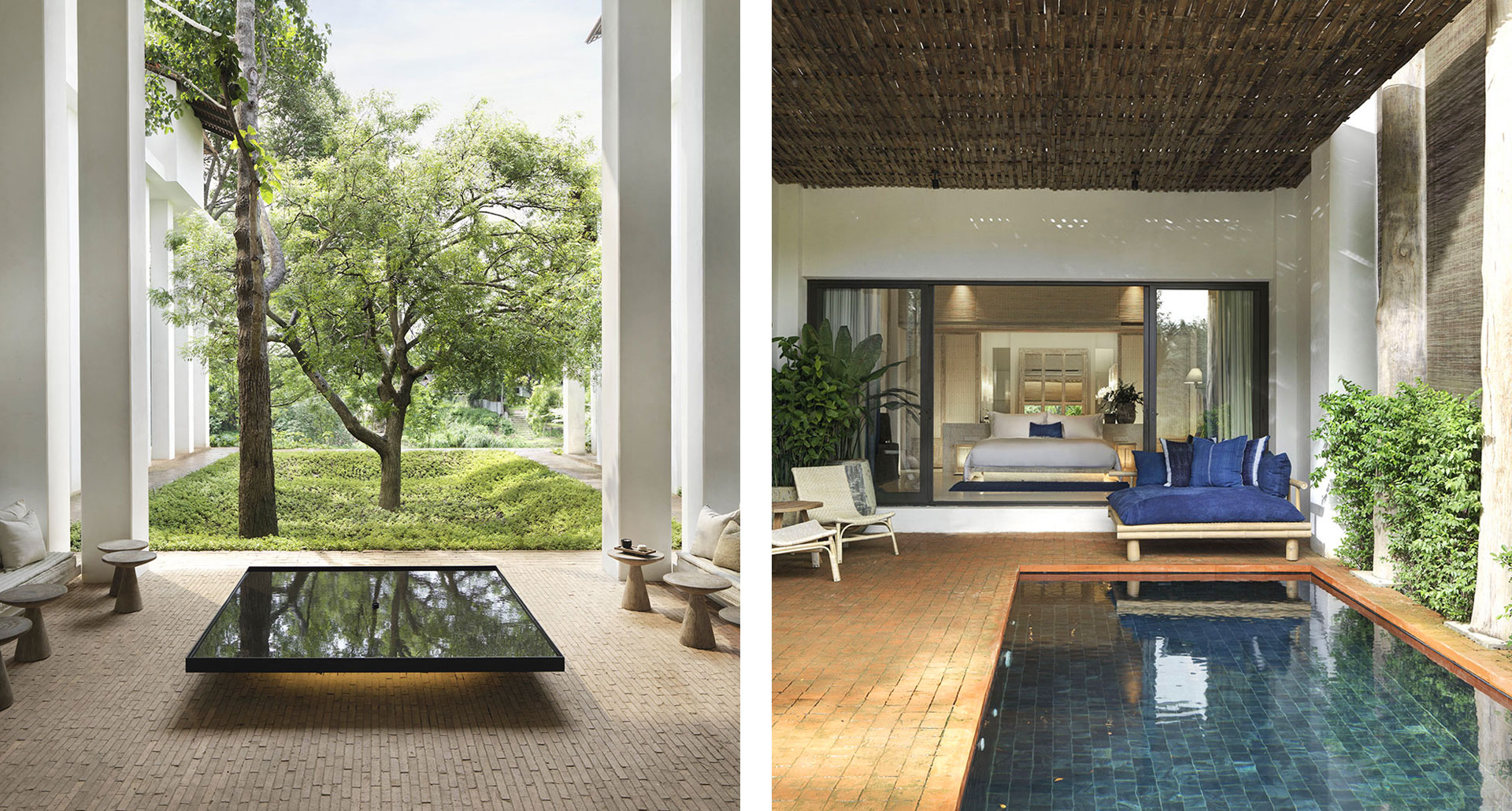 Many hotels in the inland city of Chiang Mai make much of their urban setting, in order to differentiate themselves from the beachfront idylls of Phuket or Koh Samui. But the cultural capital of the north isn’t really about the hustle of city life. Raya Heritage is a prime example. Set among lush gardens at the side of the Ping river, about twenty minutes’ drive to the north of the city center, Raya Heritage is as calm and tranquil as many a more far-flung rural resort. 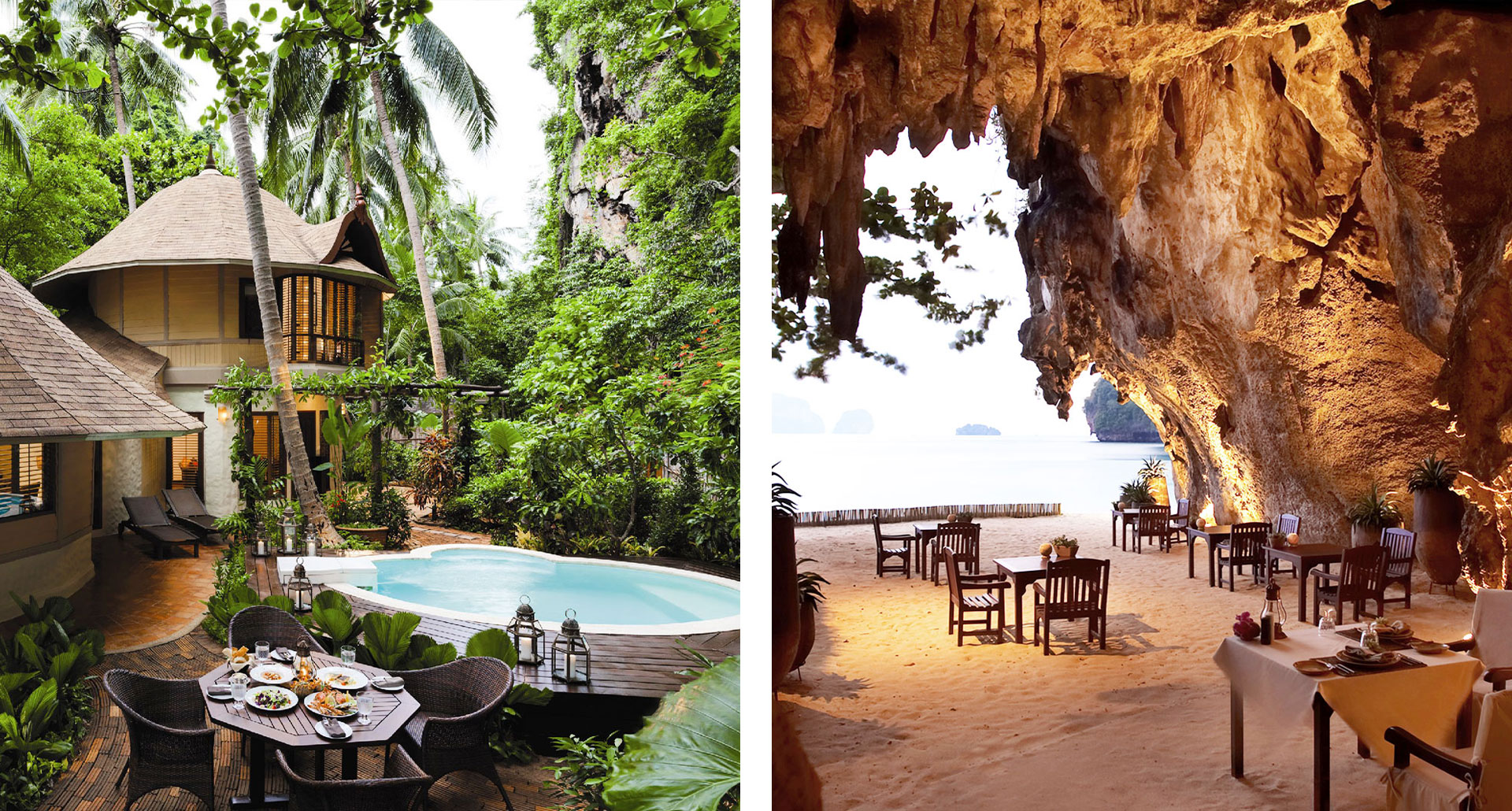 Although it isn’t that far from the teeming, vibrant cacophony of Phuket — fifty miles as the crow flies — Rayavadee might as well be another planet. This is a place that trades in grand maximalist seclusion; a fact that should be fairly obvious, as the only way to reach the resort’s particular stretch of Southern Thailand’s dramatic Phranang Peninsula is by boat. As you approach, you’ll be greeted by sheer rock walls that seem to rise from the lush greenery of the peninsula. Scattered about the grounds of the hotel are some hundred-odd private pavilions and villas, inspired by the natural beauty of a traditional Thai village. 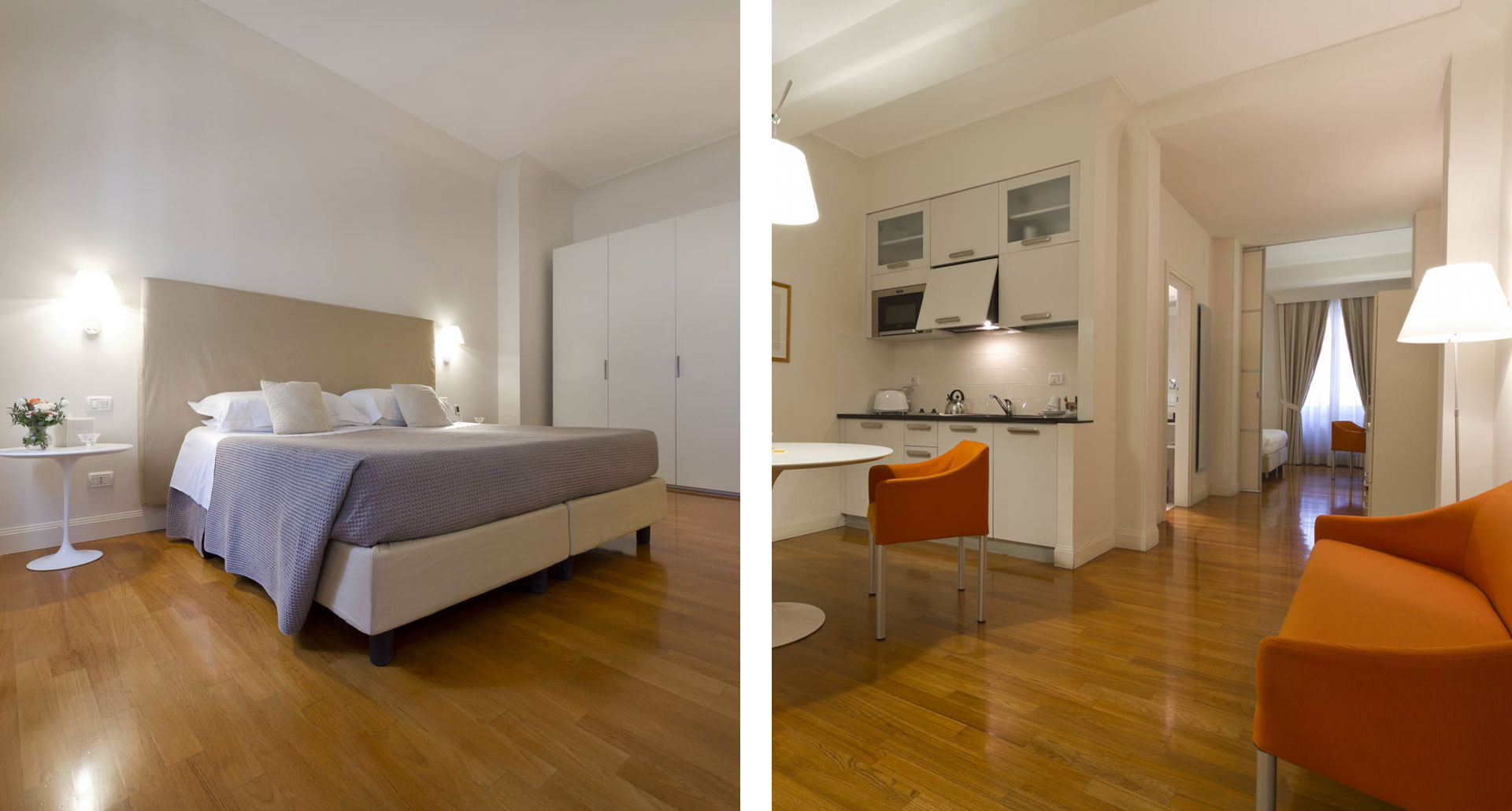 It isn’t just in terms of design that the Hilda is the polar opposite of the Florentine grand hotels. This place hardly feels like a hotel at all — with just twelve suites, no public spaces to speak of, and the kind of minimal service that keeps to the background, it’s for the low-maintenance traveler, the sort who doesn’t need constant looking after. Not to mention, occupying a converted apartment building on a side street just north of the Duomo, the Hilda is improbably well-located for sightseers, shoppers, and business travelers alike. 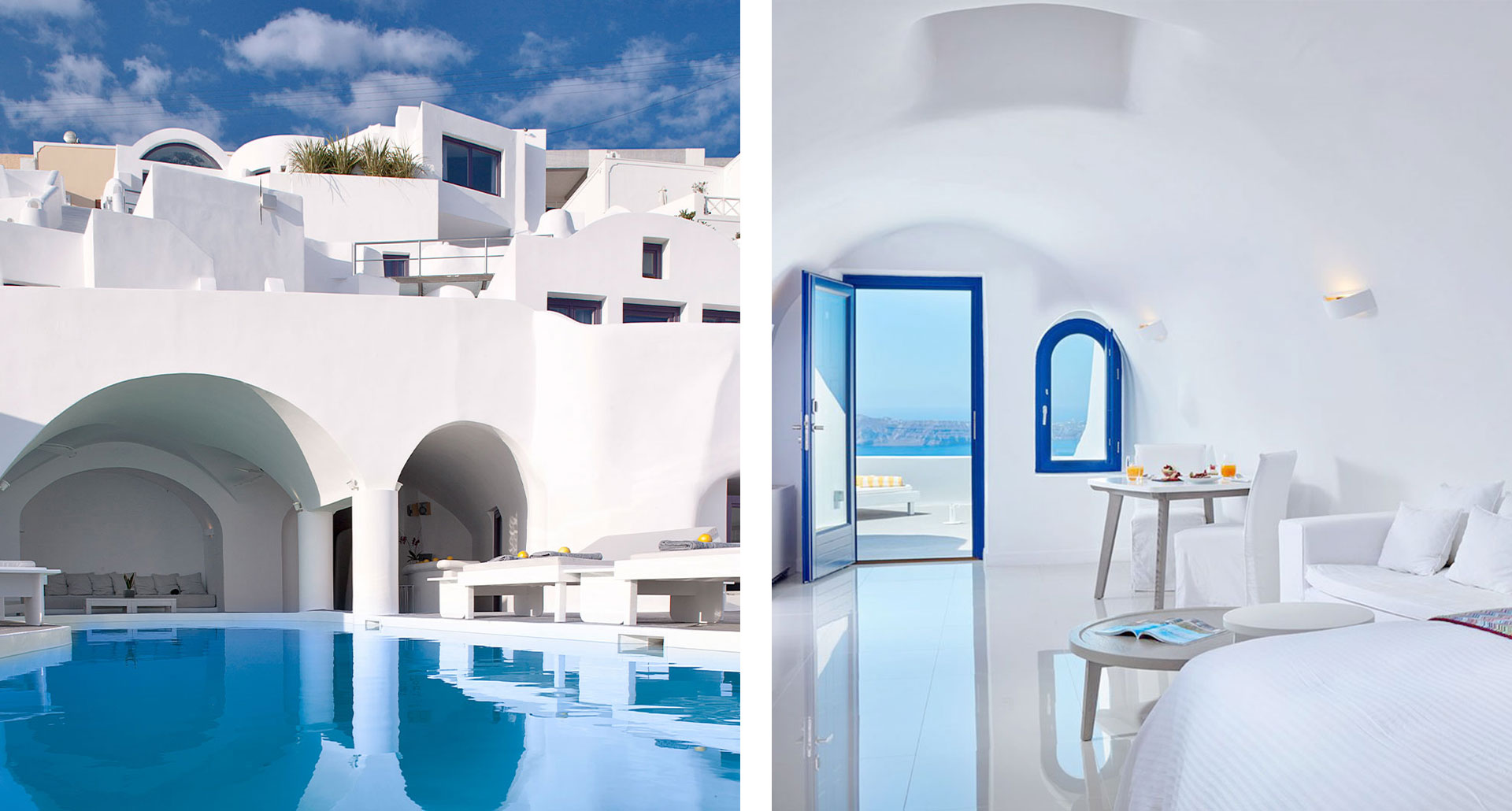 High above the sea, at the highest point of Santorini’s volcanic caldera, Chromata would be remarkable enough for the view alone. Some of Santorini’s hotels attempt to compete with this natural spectacle, perhaps not realizing that any attempts at arresting interior design would be overshadowed by the natural beauty of the place. This is not the case here, however. Chromata draws all of its color in from the outside, its rooms and suites a blank white canvas, or a frame for the deep blue of the sea just outside. Clean-lined modern furnishings recede into the background, and the bathrooms, however indulgent, are as sleek as can be.