Enjoy our Top Ten Tablet Plus hotels for the week of January 27. 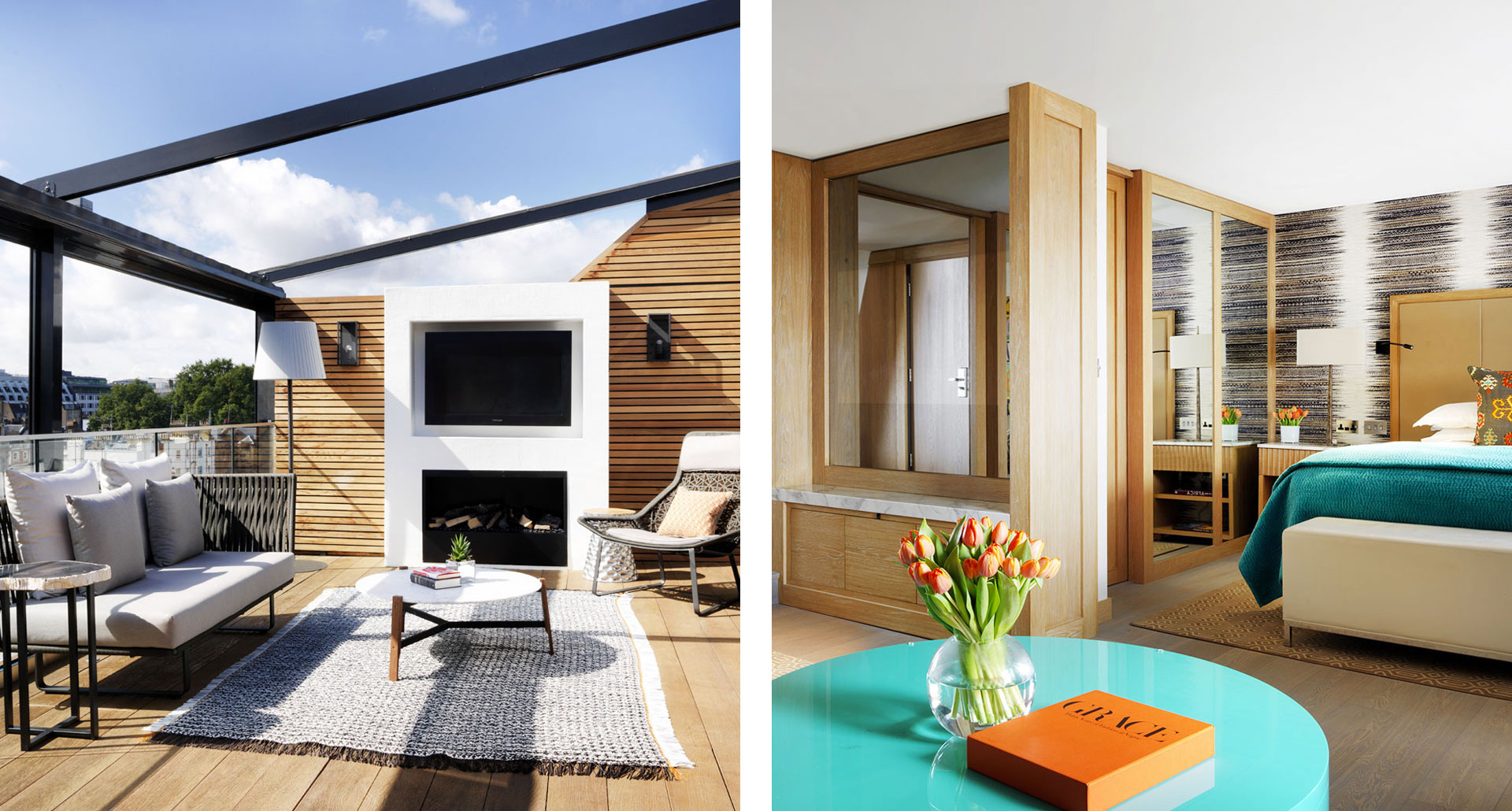 Naming a hotel after a neighborhood is a clear sign that your aim is to more or less sum the place up, and in that the Marylebone succeeds. Once an outlying village, now part of central London, Marylebone itself is an odd mix: its quiet, rather posh residential neighborhoods and its smallish, highly individual retail offerings lie within striking distance of Oxford and Bond Streets, home to some of the world’s best (and busiest) shopping, not to mention Hyde Park and, at a stretch, the theatres of the West End. Not a bad all-purpose home base for a visit to the capital, and not a bad place for a boutique-influenced luxury hotel like the Doyle Collection’s Marylebone. 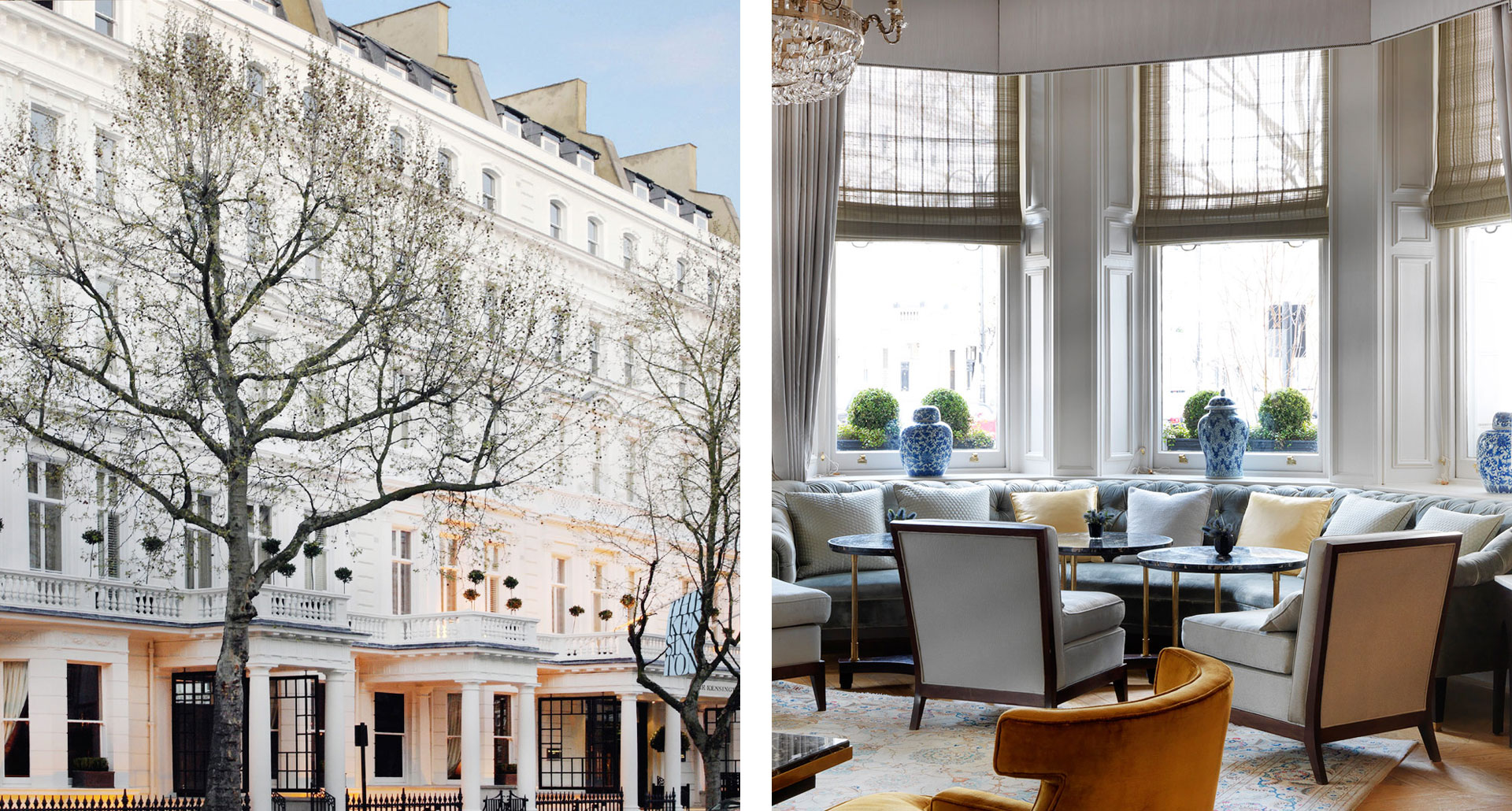 The South Kensington location, in between Old Brompton and Cromwell Road, is classic West London, close by to Royal Albert Hall, the V&A and Hyde Park, or a quick walk from Harrods and the shops of Brompton Road. But once inside, you’ll find the world shut out — in a city on London’s scale that’s one handy definition of luxury. 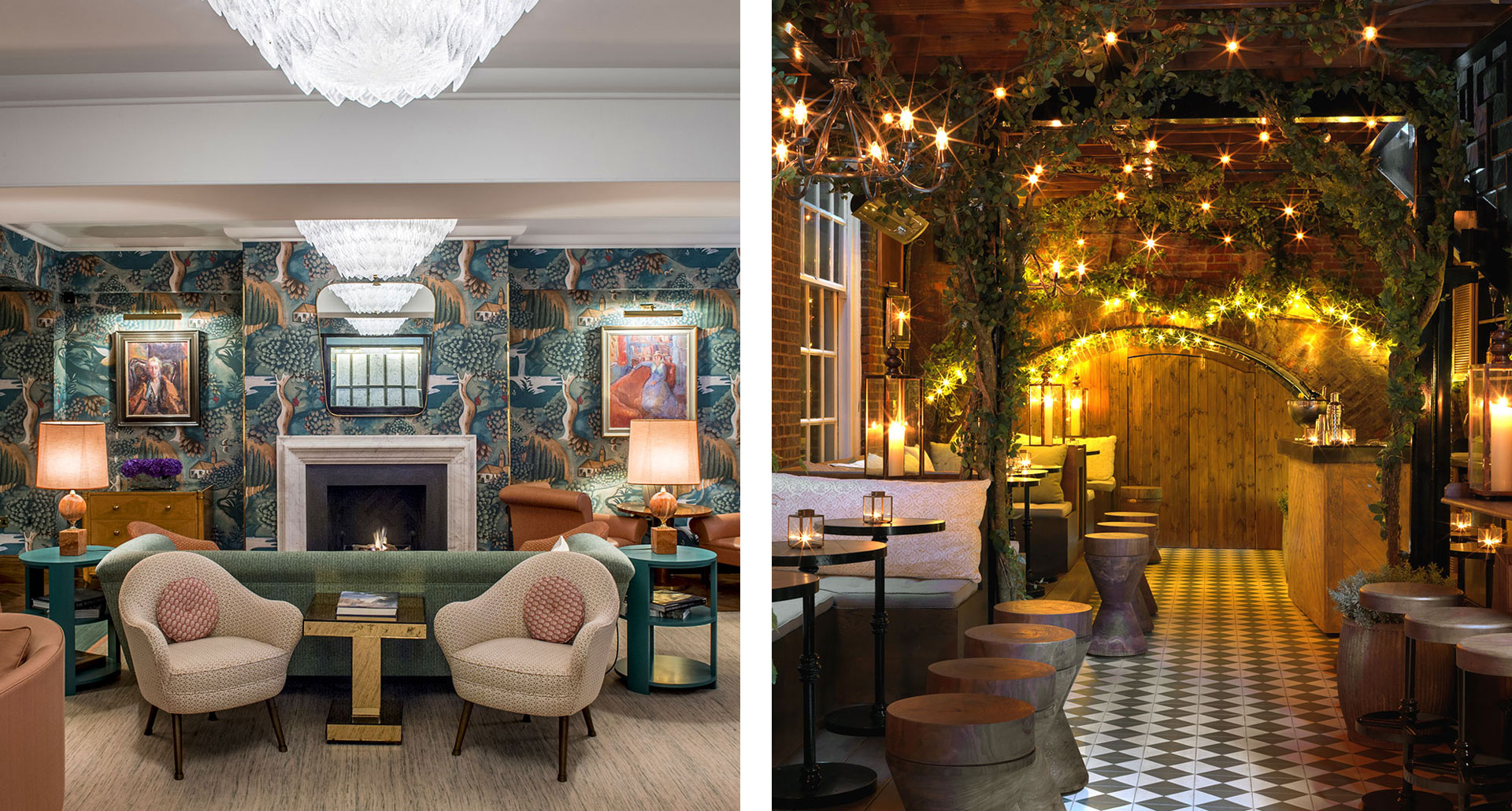 This is, as the estate agents say, the very heart (or at least the belly) of Bloomsbury, within striking distance of many of London’s brainiest landmarks — the British Museum is one street away, the University of London scattered about nearby, and the London Review bookshop a short stroll to the east. It’s a part of the Doyle Collection, known on both sides of the Atlantic for marrying traditional décor and classic hospitality with a boutique sensibility. This is by no means the most outré hotel you’ll ever experience, but it’s an intensely localized experience. Much of that is thanks to an extremely sensitive renovation, which leaves the building looking more or less as its architect, Sir Edwin Lutyens, must have left it — give or take the occasional fitness center or conference room. 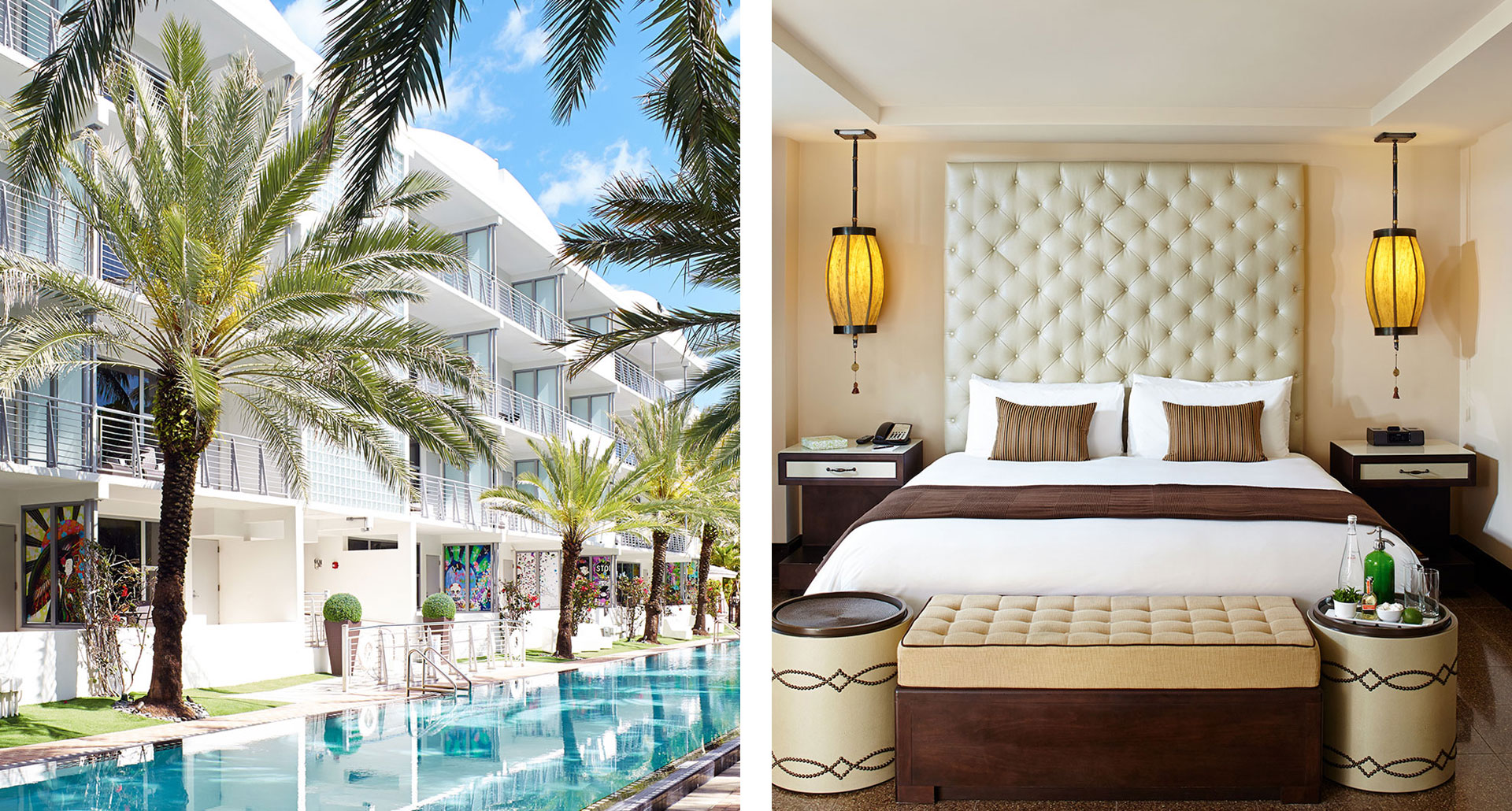 For all its updates, including the pool, the gorgeously restored Martini Room cigar bar, and an array of freshly redesigned guest rooms, what the National’s appeal really rests on is its original charm. The hotel has historic clout: it’s listed with the Miami Beach Preservation Board, so renovations needed to occur within a set of rather strict guidelines. Gone are some of the hotel’s dowdier sections — contrary to conventional wisdom, it is possible to swing the wrecking ball in the Art Deco District — and new on the scene are a slew of cabana rooms and suites, a hand-cut crystal chandelier in the ballroom, an intricate mosaic lining the atrium ceiling of Tamara, the National’s French fusion restaurant. 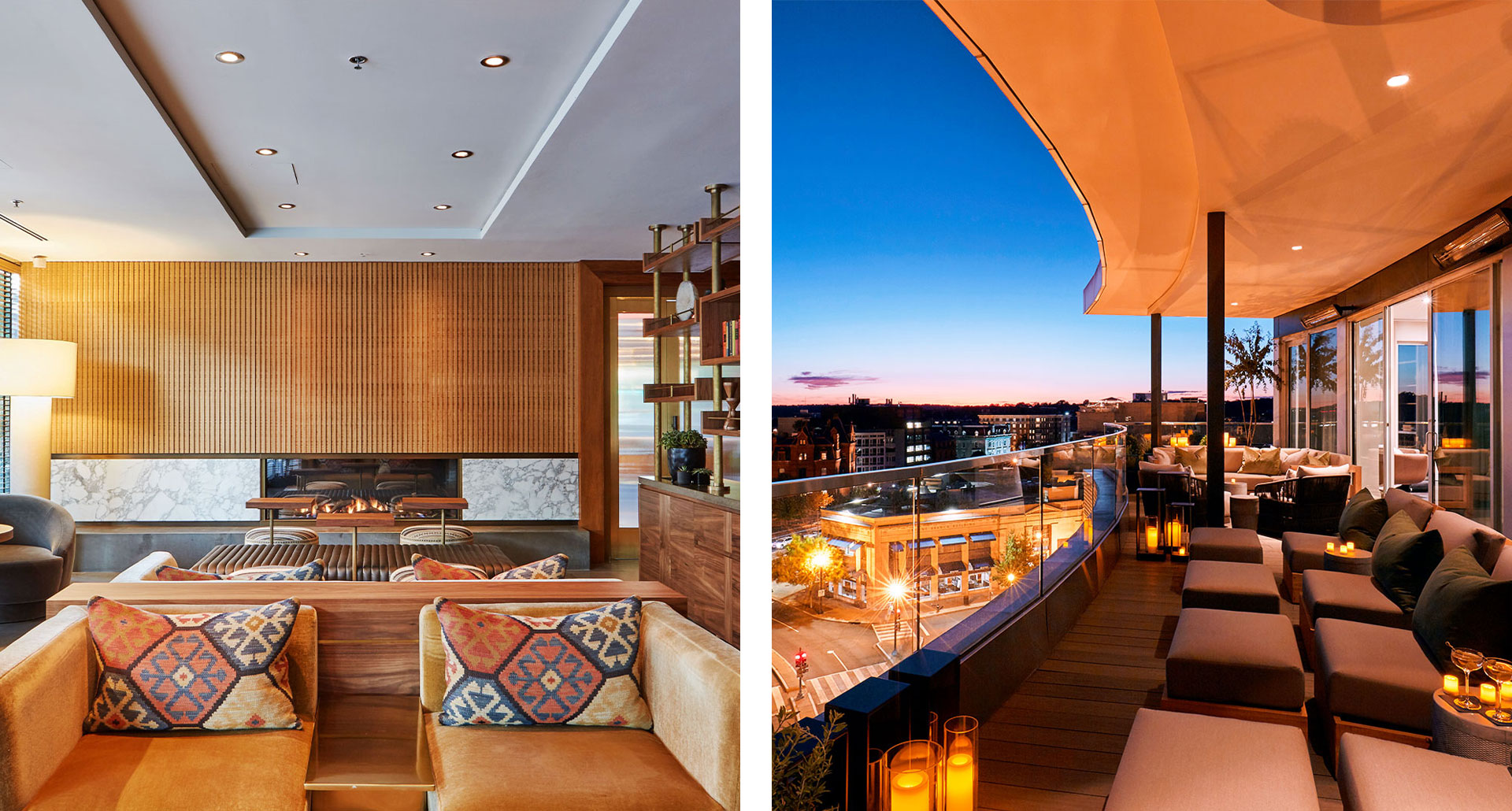 In a town as traditional as Washington, a little bit of modern design goes a long way. The newly redesigned Dupont Hotel is, in its subtly stylish way, one of the hippest hotels in the nation’s capital. It’s the only hotel on Dupont Circle, in a neighborhood better known for dining, nightlife and entertainment than for monuments or institutions — which, provided you’re not here with your high school history class, is definitely a good thing. 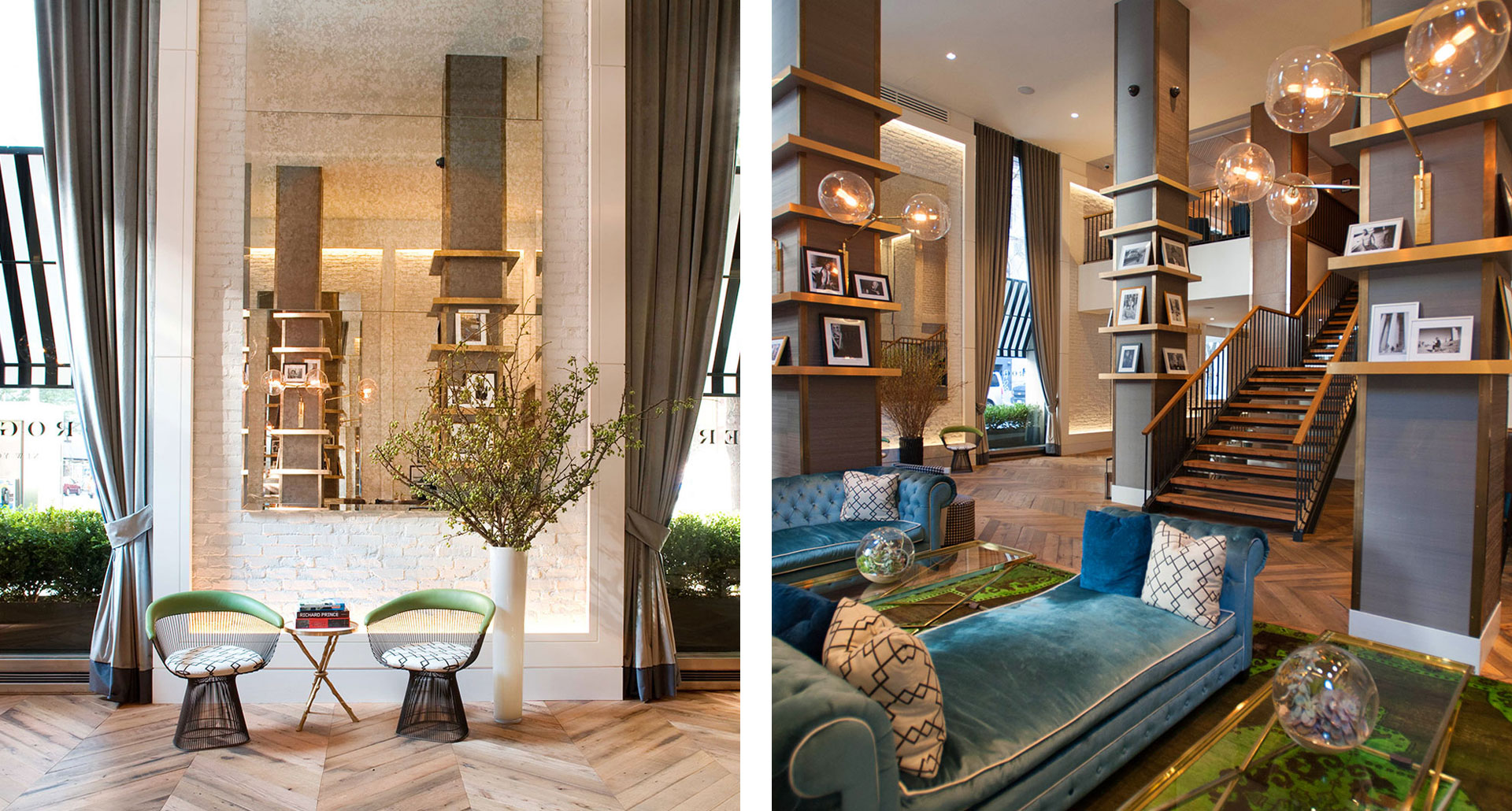 The Roger, situated on Madison Avenue between the Flatiron and Murray Hill, is proof that with good taste and expert execution, an outstanding hotel needs no highfalutin, top-to-bottom lifestyle concept. It’s not hard to imagine the hoteliers’ thought process: “We’ve got a gorgeous old building in a great location; we’ll hire a sharp Manhattan designer to do a top-to-bottom sprucing-up; we’ll get pretty spendy with the bedding, the TVs, the bath products and all the little details; and the service will be great.” The real trick of course is pulling it all off — and the Roger has done so, swimmingly. 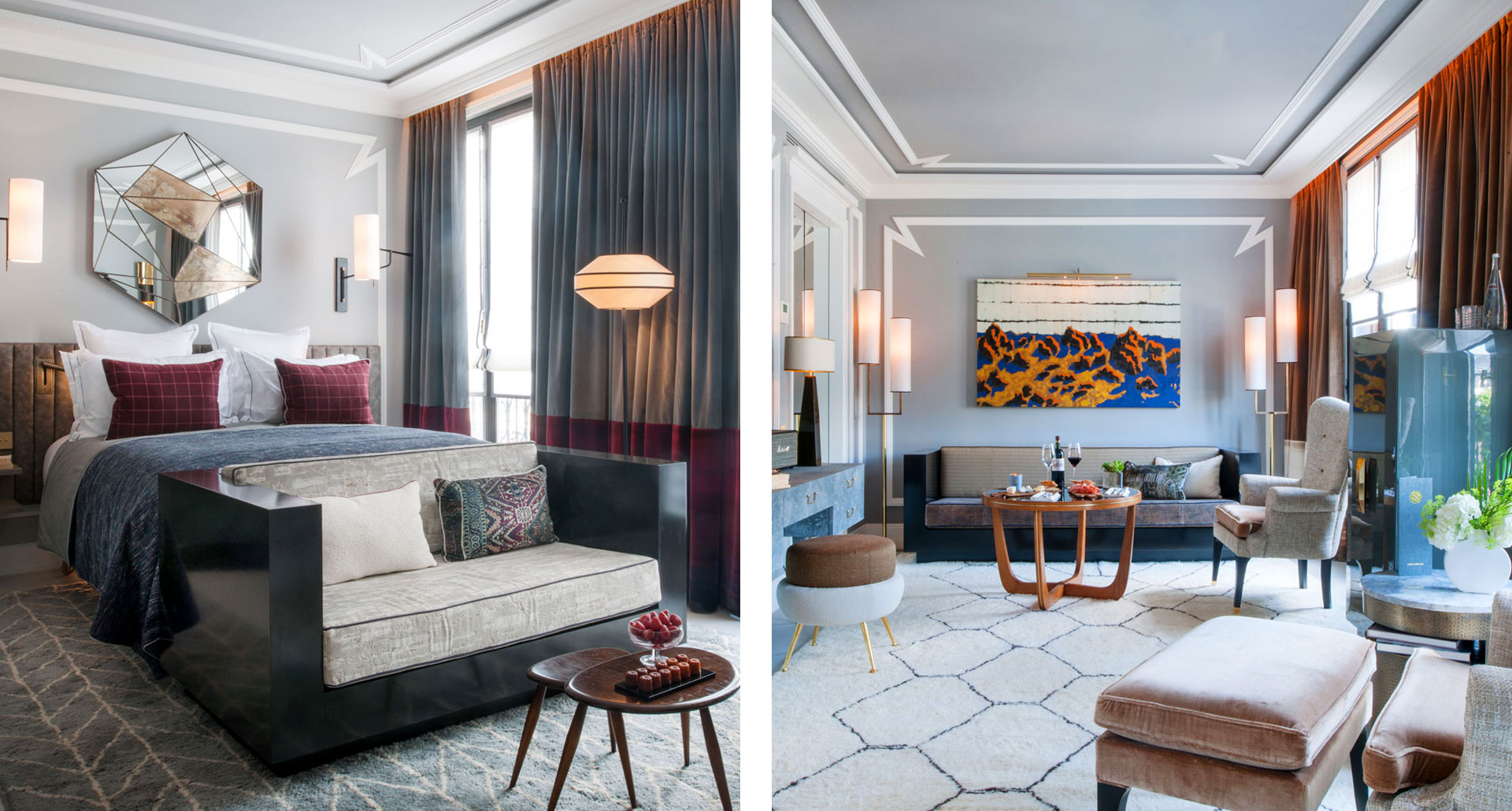 There’s something undeniably charming about staying in a petite hotel on a side street in Paris, the kind with attic rooms and steeply vaulted ceilings and a tiny antique elevator. But there’s also something to be said for going all-out — for choosing a hotel that’s grand and glamorous, embodying a sturdy elegance that the French might call bien chic bon genre (good style, good attitude.) Welcome to the Nolinski Paris. 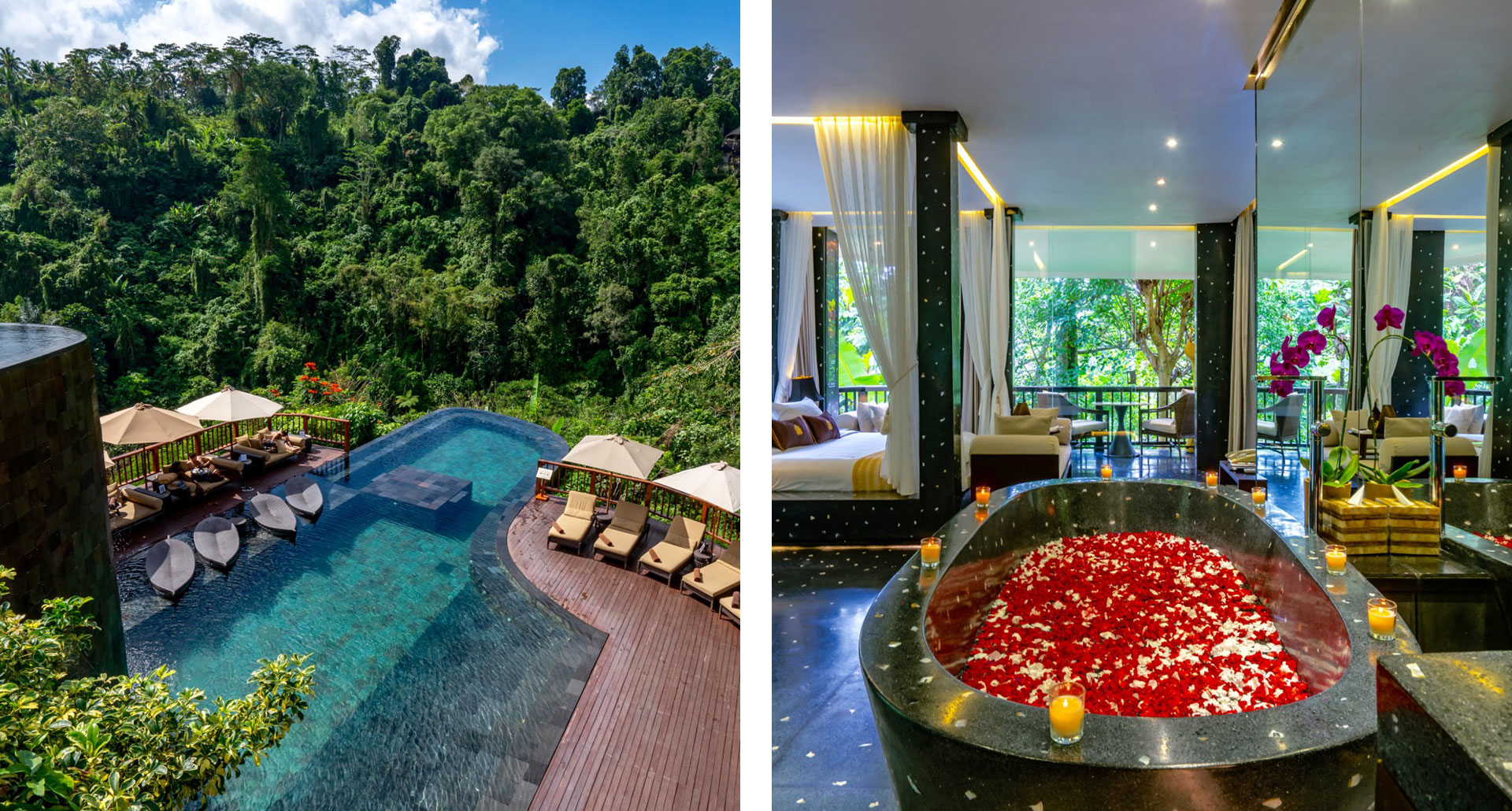 Though a long way from Babylon, the Hanging Gardens Ubud might just be worthy of sharing a name with one of the seven wonders of the ancient world. Consider the situation: a half hour outside of Ubud, Bali’s inland attraction, it clings to the edge of the densely forested valley, a situation so precipitous that guests ride a funicular from the reception to the villas. 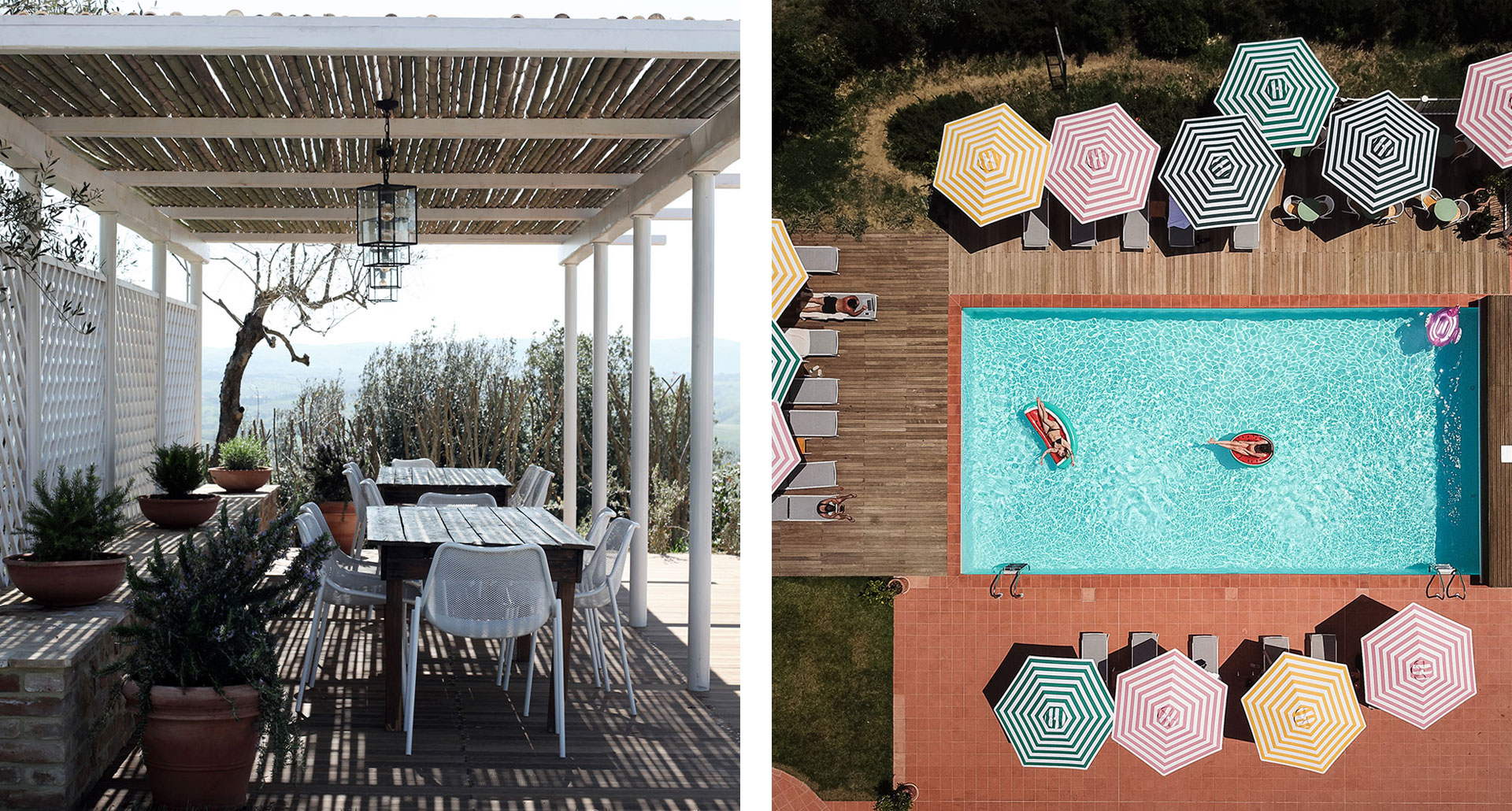 On the face of it, Villa Lena might be easy enough to overlook — what’s another villa hotel in Tuscany, a region that’s not exactly facing a dire shortage of them? The difference, as in so many areas of creative life, lies in just how seriously Villa Lena’s proprietors take their task. This isn’t just a beautifully preserved villa, serving fine wine and fine food — though it’s certainly that. It’s also a full-on agriturismo, where dogs forage for white truffles, and something of an artist’s colony, where writers, musicians, designers, and artists of all stripes congregate under the umbrella of the villa’s non-profit arts foundation. 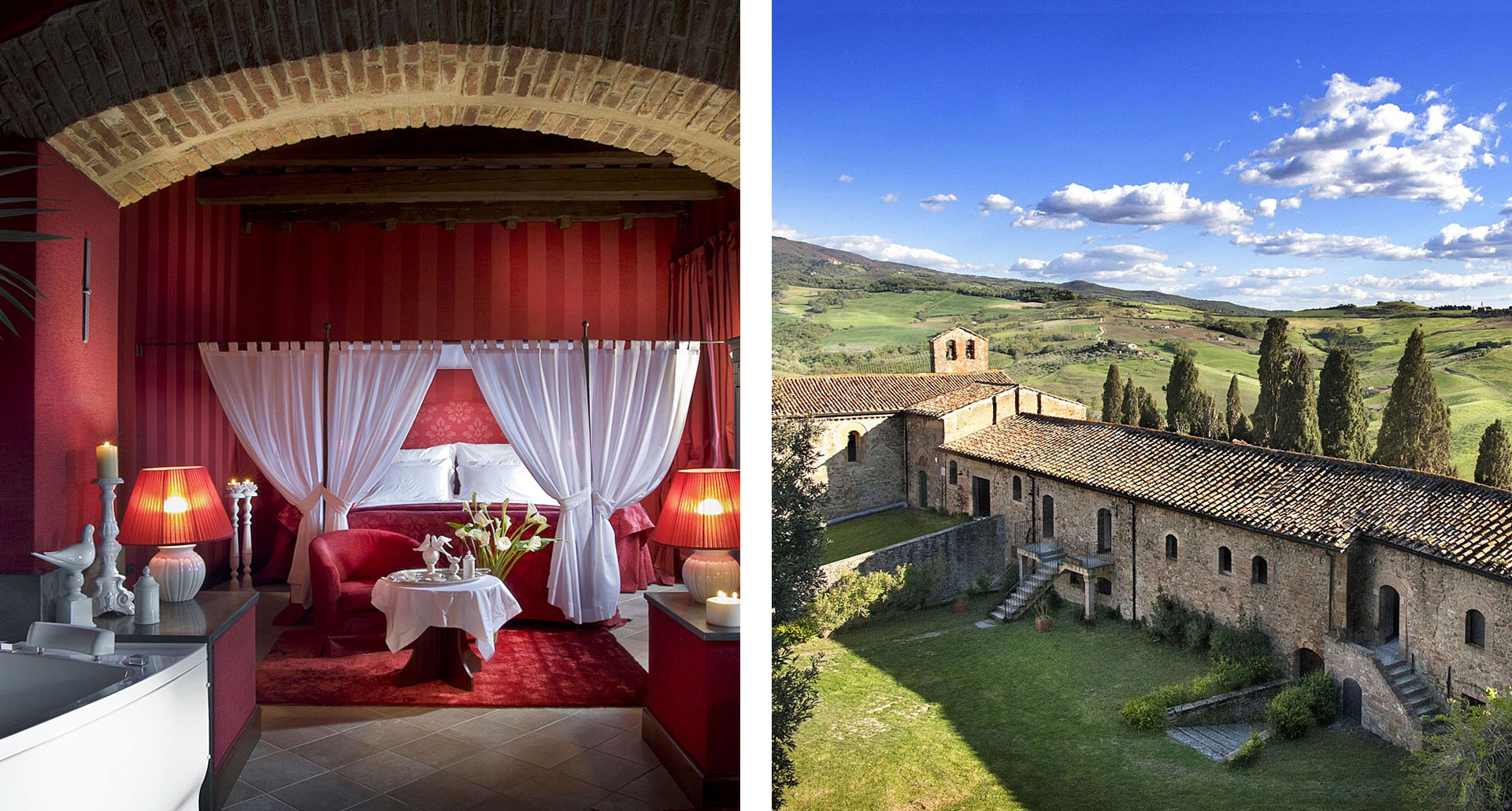