Enjoy our Top Ten Tablet Plus hotels for the week of January 20. 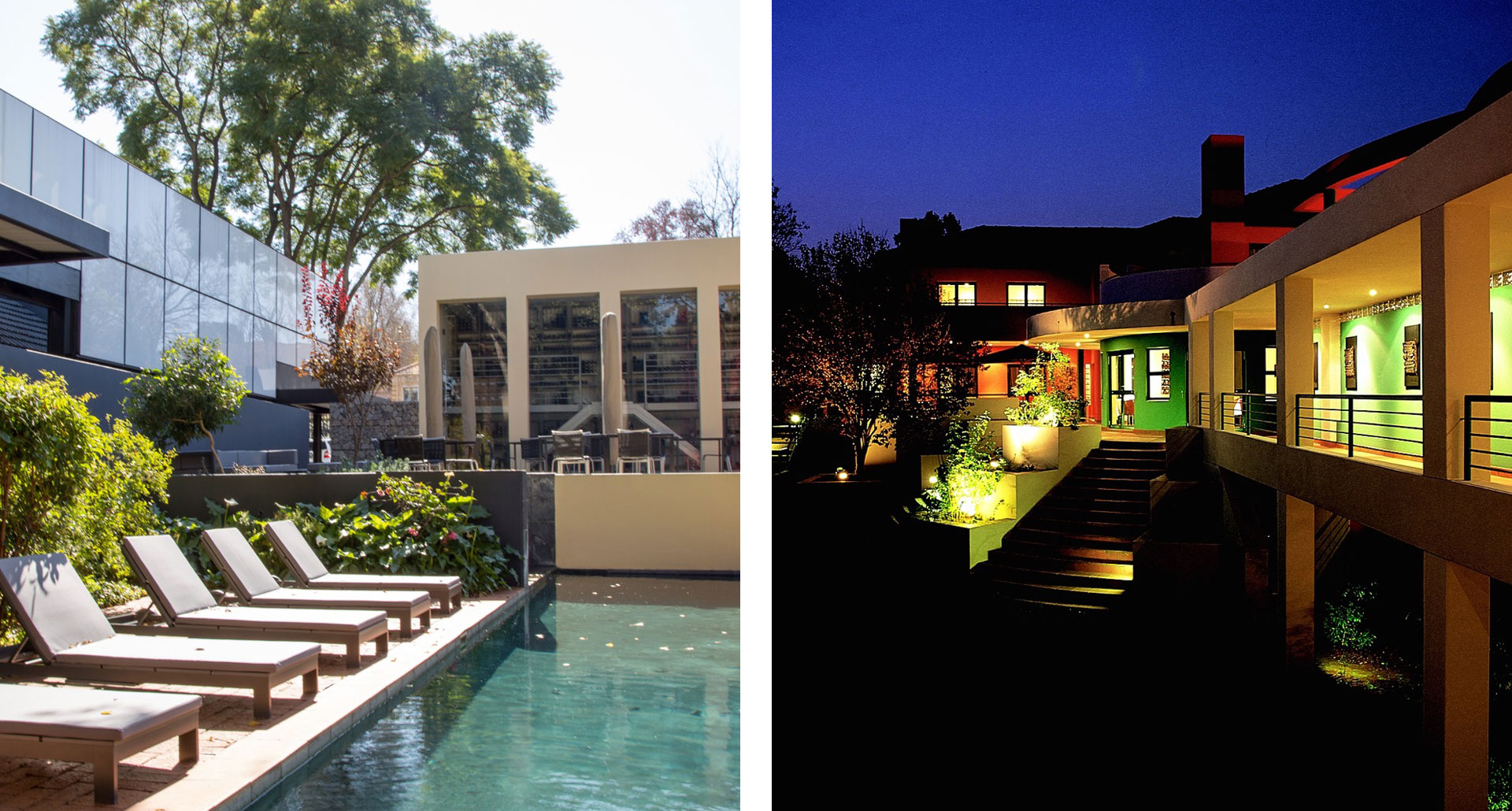 For travelers who brave the arid plains and find themselves in this gold rush town, there are a number of sleek and stylish hotels. One of these, and probably the most intimate and stylish, is Ten Bompas, named for its Sandton/Rosebank location, at Number Ten, Bompas Road. There are only ten suites here, but they vary widely, having been created by ten different designers, in ten different styles, from African tribal to haute couture. All have separate lounges and bedrooms, fireplace and steam bath, and outdoor access via patio or balcony, and, perhaps best of all, a fully stocked minibar included in the room rate. 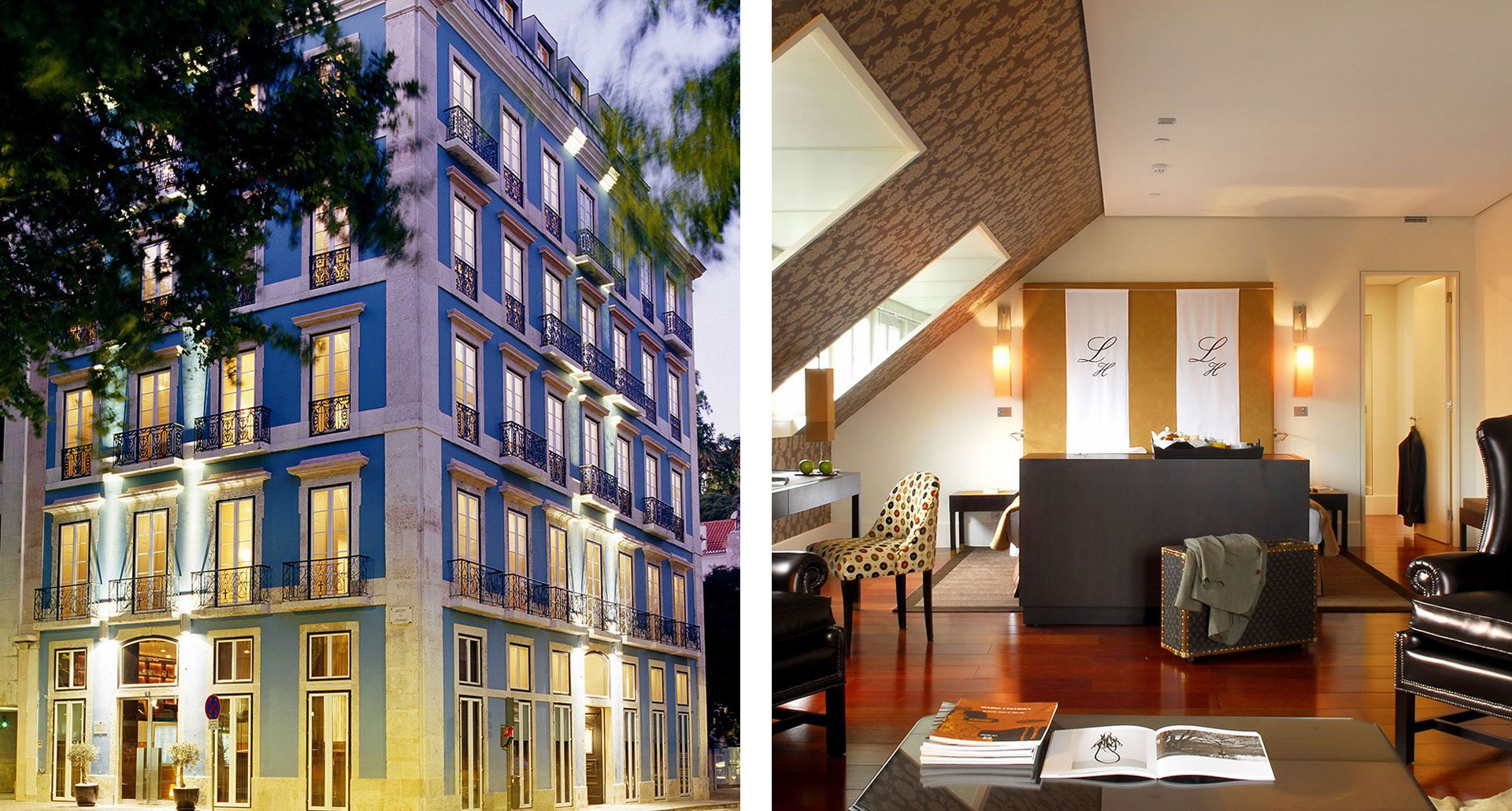 The sunset-blue facade of the Heritage hotel is the only original remnant of this 18th-century palace on Lisbon’s Avenida Liberdade; the interiors are unrecognizable, pure contemporary luxury, courtesy of the designer Miguel Câncio Martins, perhaps best known for the interiors of the Buddha Bar in Paris. There’s no oversized religious idol dominating the space here, but there is a certain similarity of style, if you look closely: rich materials, classic references, clean lines and a warm, welcoming palette. 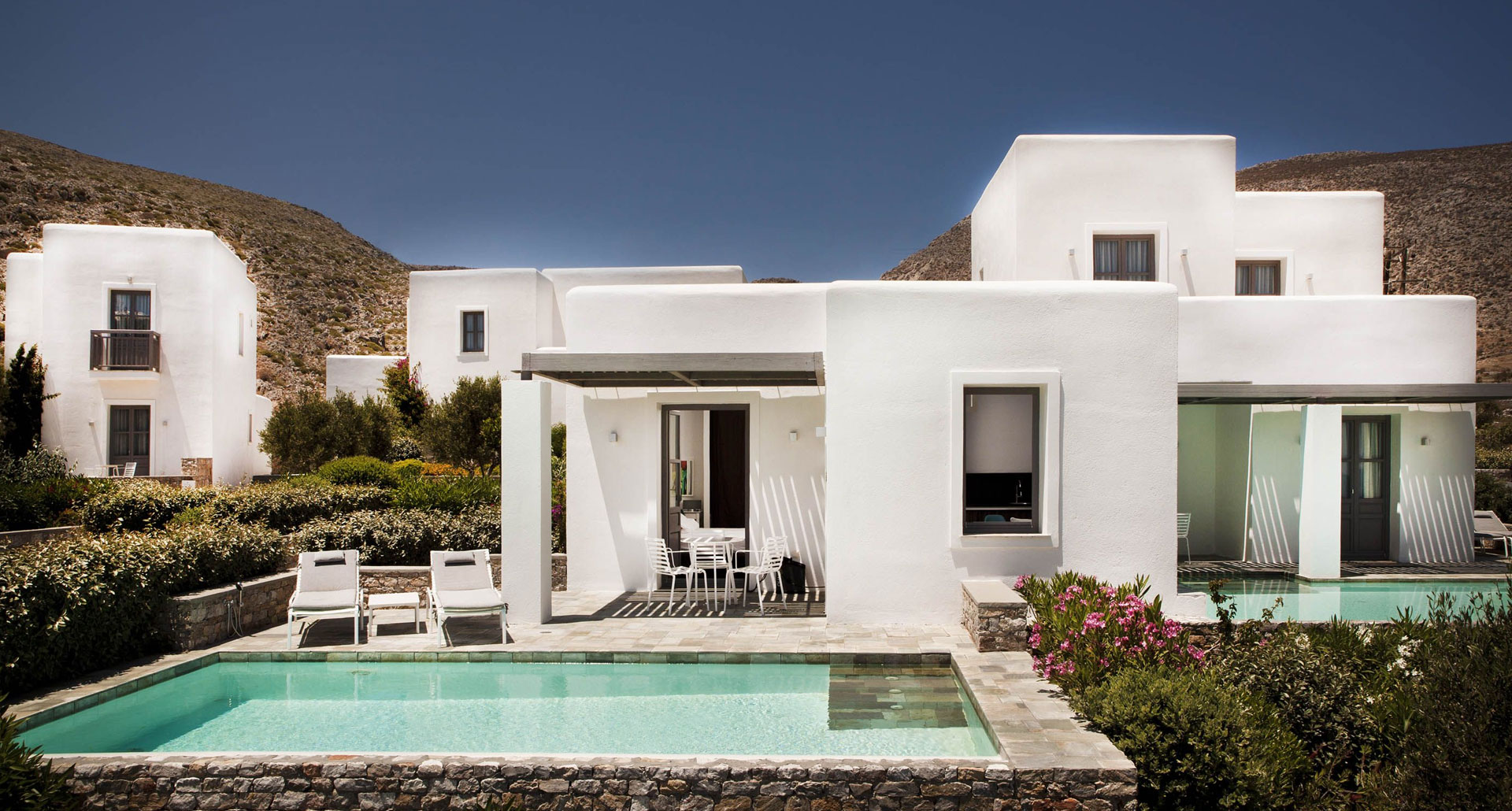 One must be at least somewhat comfortable with minimalism to appreciate the landscape of the Cyclades — stark cliffs, stark sky, stark sea — and the region’s architecture, with its white walls and simple, squared forms, was minimalist before the concept had a name. It’s a formula that can’t miss, just about anywhere in the Greek islands, but Folegandros, a relatively remote little speck of a place, offers up some of the most breathtaking emptiness in the whole archipelago. 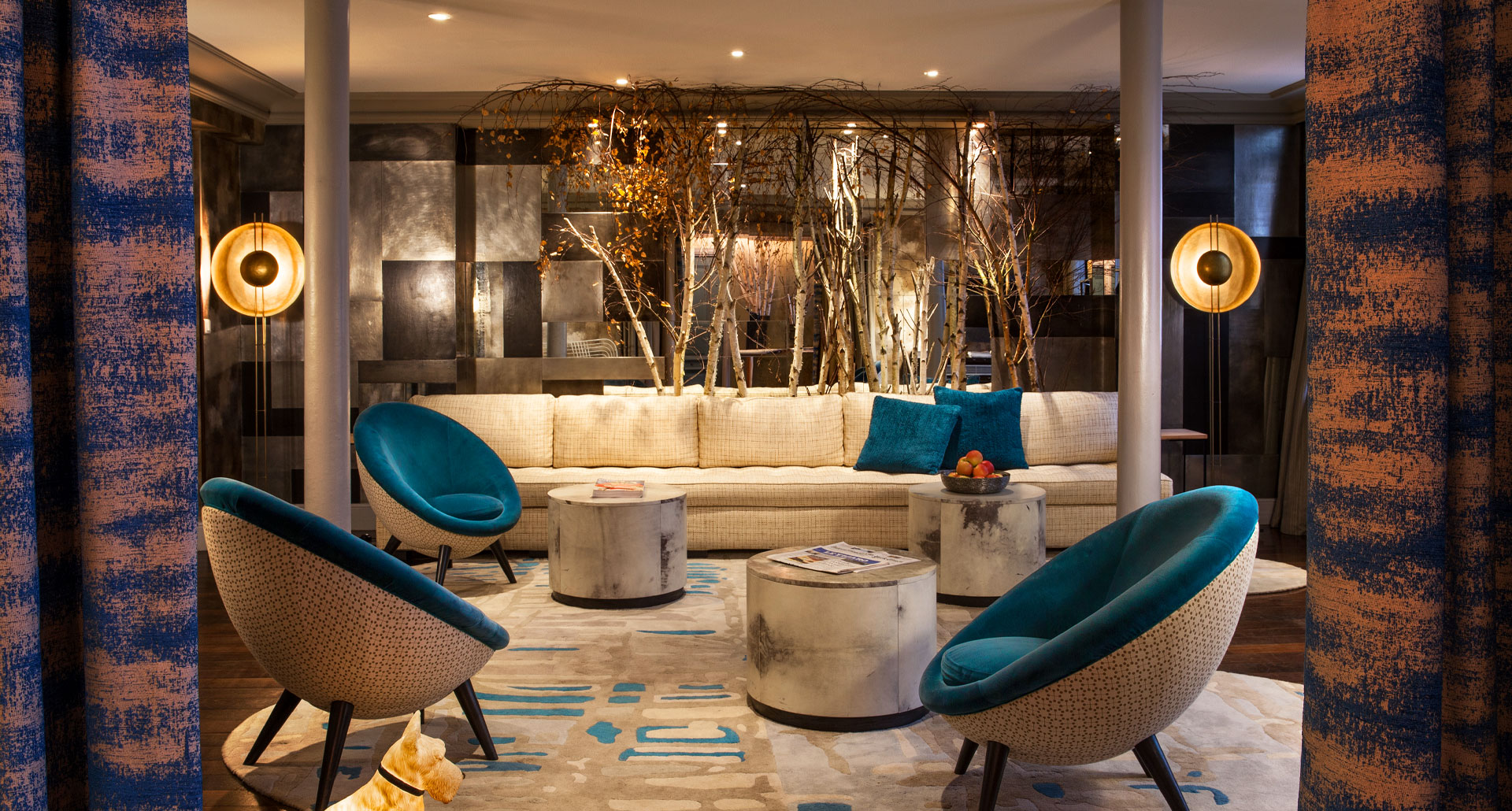 It would be difficult to imagine a location for a hotel that would be closer to the center of it all than the Hotel Thérèse. Just a stone’s throw away from the Louvre, the Palais Royal, and the Comédie Française, this hotel could hardly be in a better location for shopping or sightseeing. The Opéra, rue Saint Honoré, Place Vendôme, and Place de la Concorde are all an easy walk away, as are the major department stores. And there is no lack of public transportation in the area, for those who wish to explore further. One would almost be willing to sleep in a cardboard box in an alleyway, just to be this close to the action. 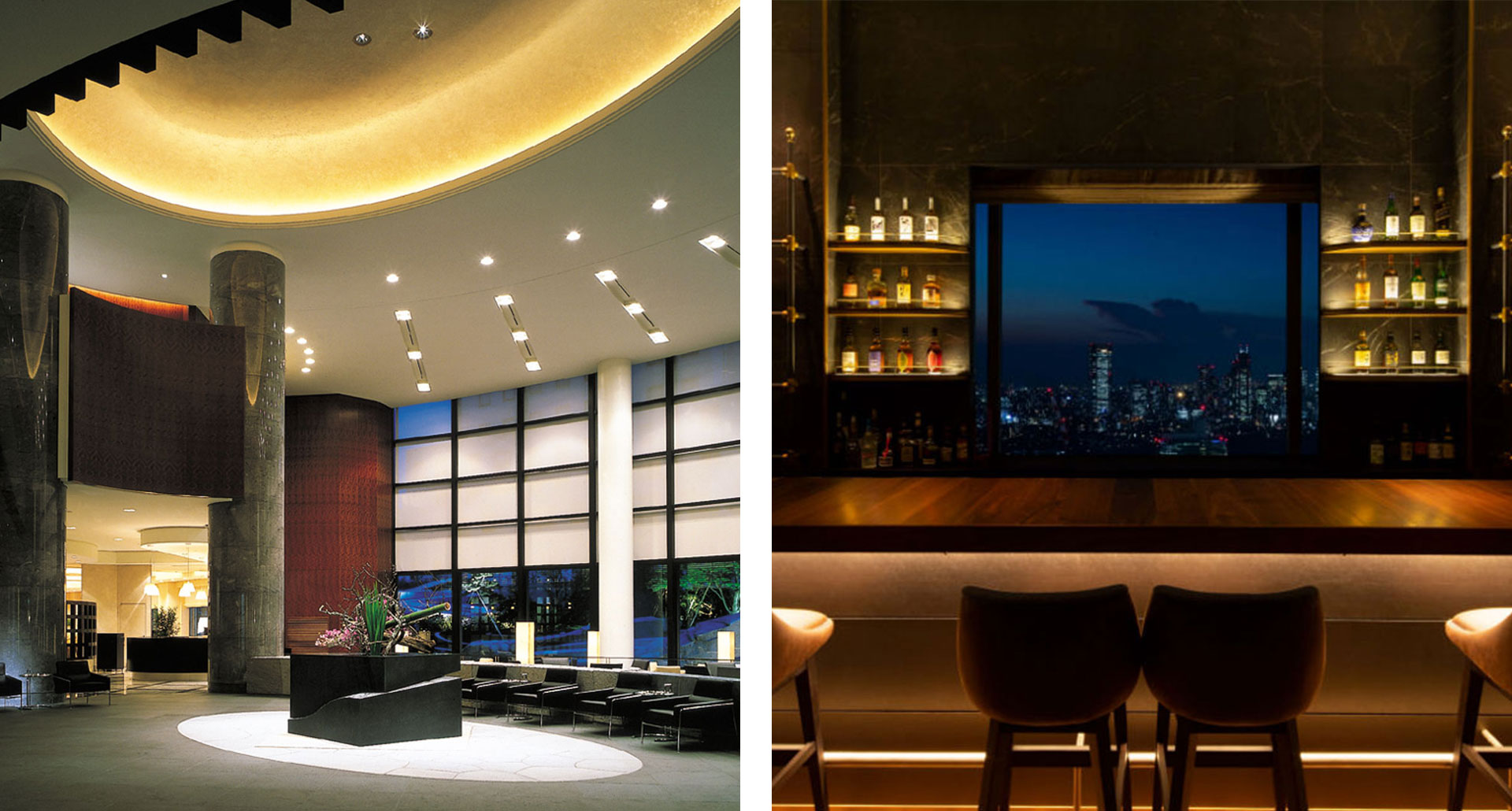 The hotel takes up the top half of the Cerulean Tower building, from the 19th floor on up to the 40th. In many cities, the view from a 37th-floor hotel room might be less than picturesque, looking perhaps directly into an office building across the street. Tokyo, though, is a city of medium height, with its twenty million people densely packed into, largely, the first dozen or so stories. Thus the view from Cerulean Tower is unobstructed, and spectacular — on a good day you can see Mount Fuji. 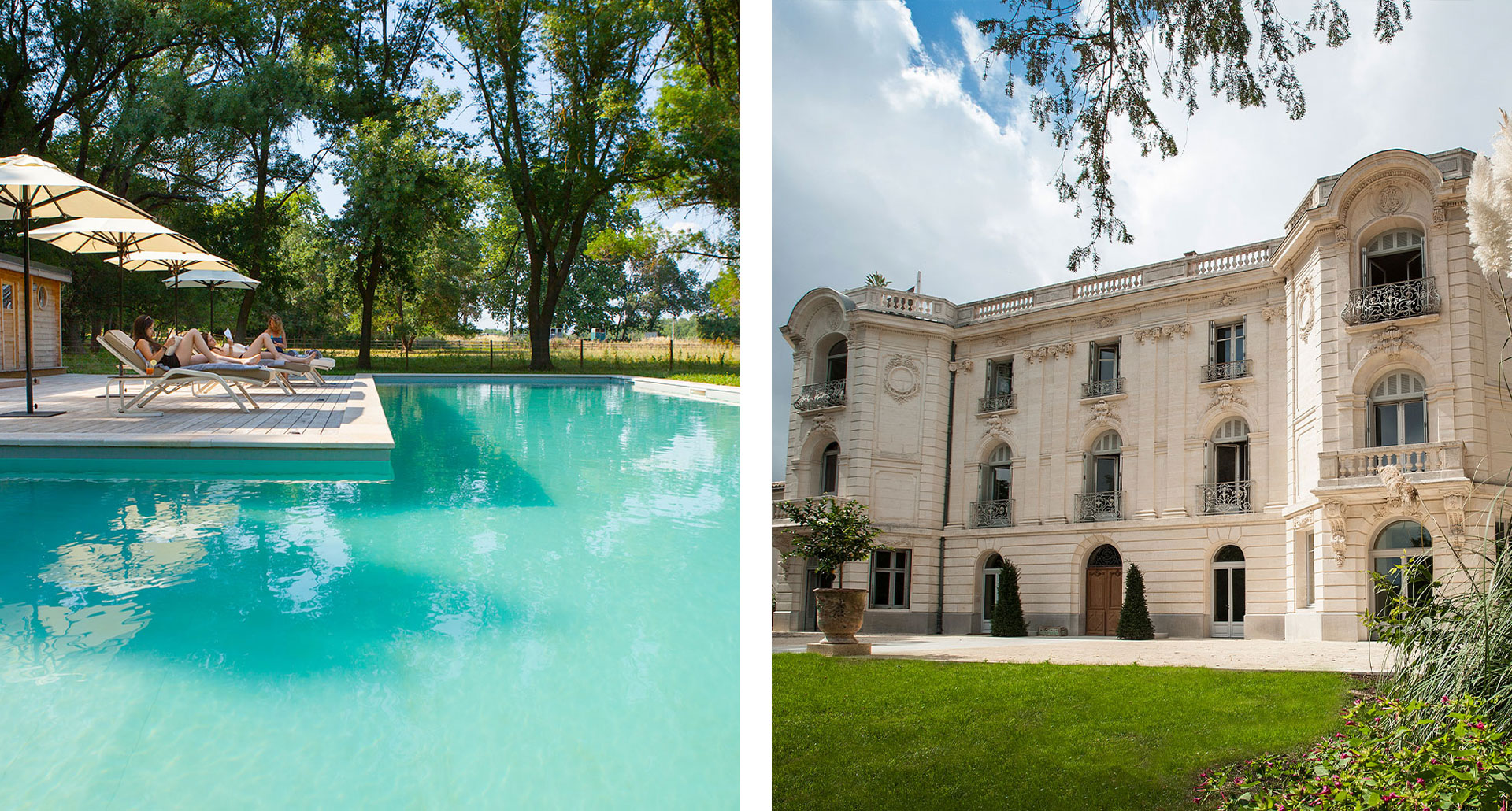 The word “folly” once upon a time conveyed generalized delight in nature — a favored country retreat for the aristocracy. That sense predominates as you approach Domaine de Biar, a lovingly restored estate set like a gemstone amid more than 120 acres of bucolic meadows, farmland, old-growth trees, and vineyards outside Montpellier on France’s Mediterranean coast. 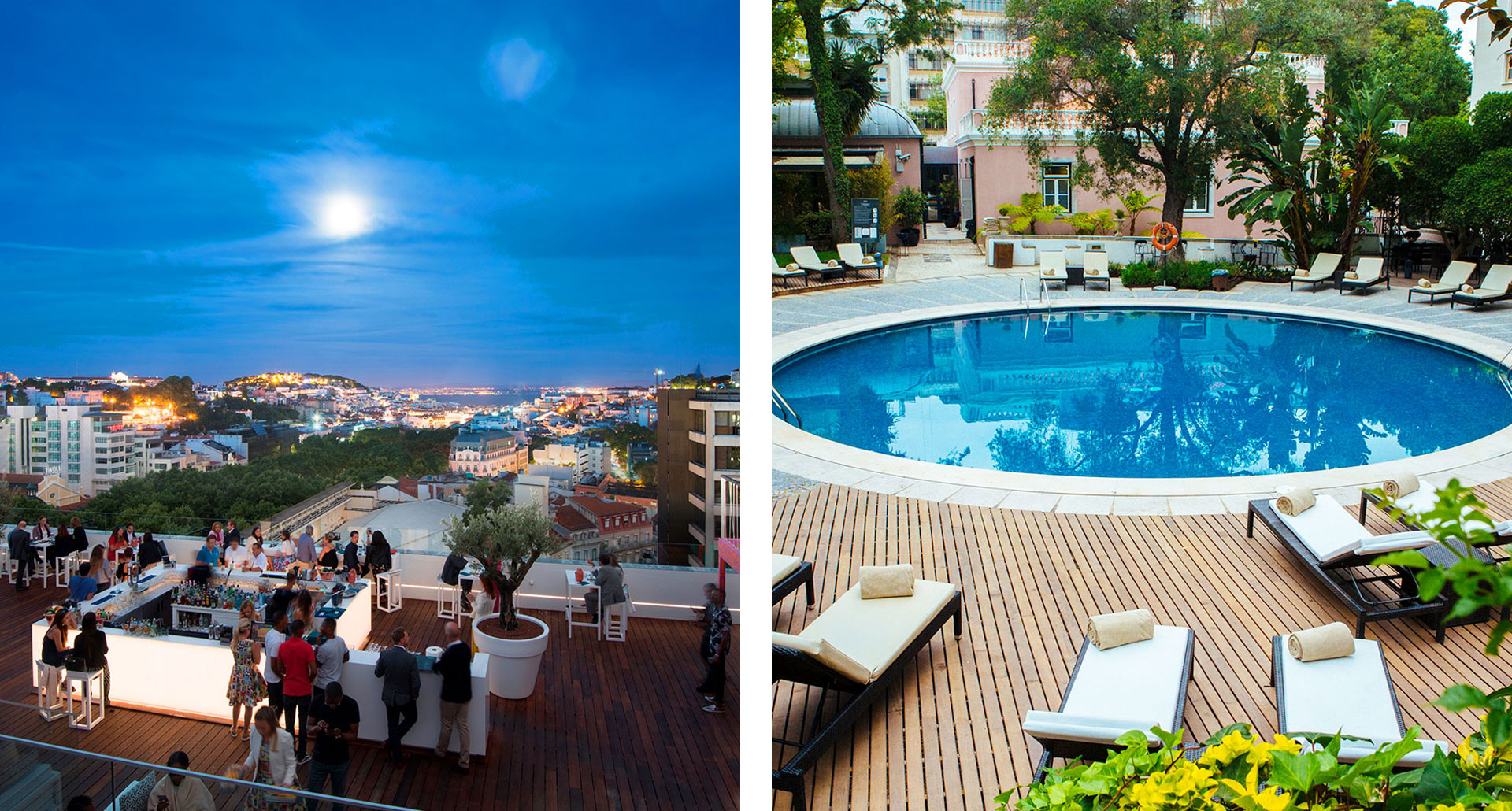 Lisbon is all aflutter with new hotels, but spare some attention for a classic: the Tivoli Avenida Liberdade, first established in 1933, is back after a substantial renovation that returns it to the top of its game — the lobby feels like a gallery where the guests are on display, a throwback to the days when a luxury hotel’s lobby was like a substitute town square. 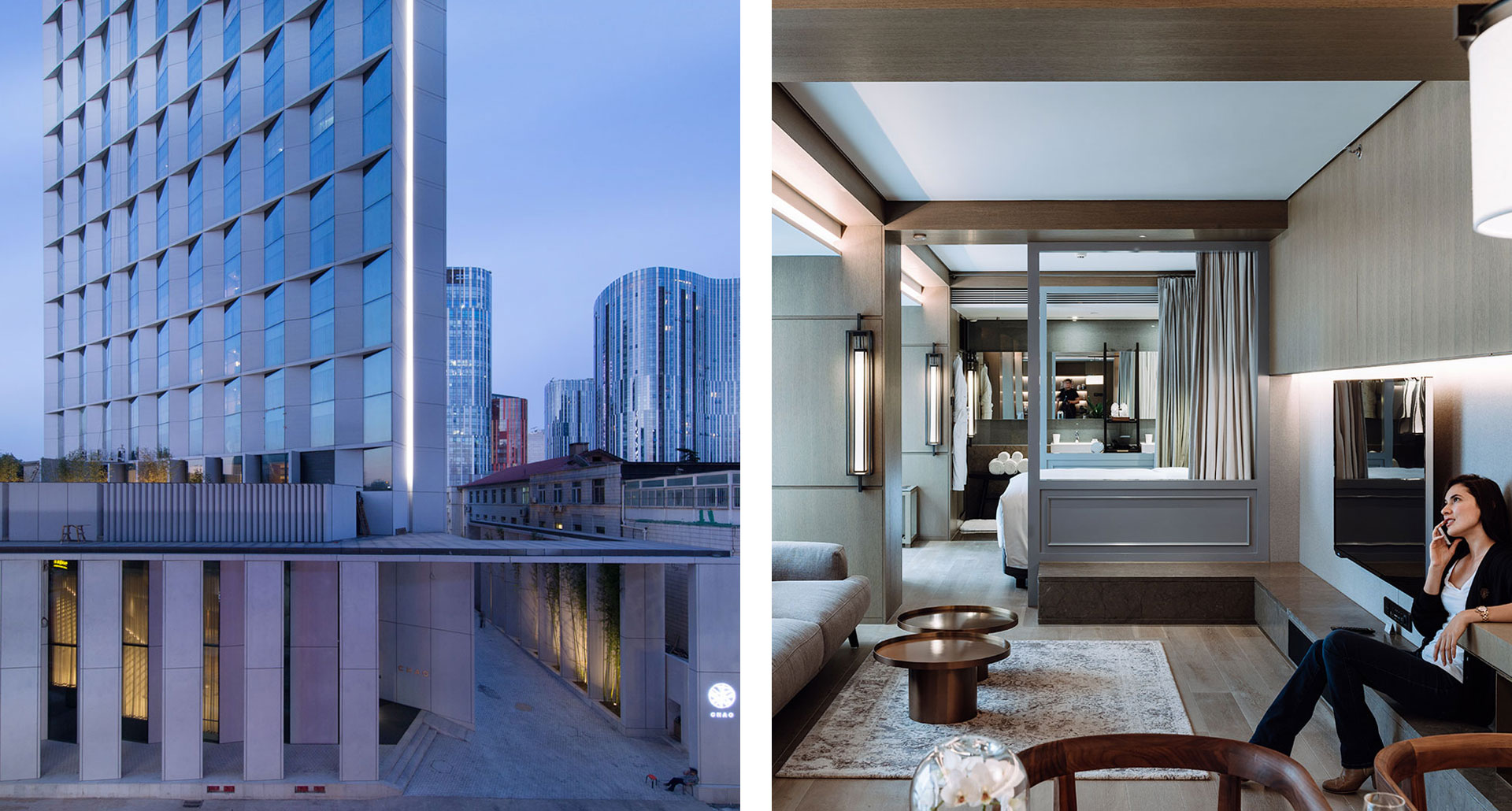 In keeping with its Sanlitun environs — Adidas and Apple maintain international flagships here, to give you an idea — CHAO Hotel aspires to deliver every conceivable luxe-lifestyle experience in one hyper-curated swoop. Dining, networking, entertainment, fitness, and the arts all have something urgent to say, often interrupting one another to do so. Context helps here: in a landscape dominated by skyscraping excess, naked hospitality needs to wear a statement to stand any chance of success. And with patronage heavily skewed towards contemporary entrepreneurs and business travelers, it’s hardly a surprise that they’ve chosen to resolve the classic dichotomy between expert focus and genial adaptability. In any case, “hotel” is unequivocally just one of CHAO’s many names, and as long as that aspect doesn’t get snowed under, we’re more than game to see just how far the concept can go. 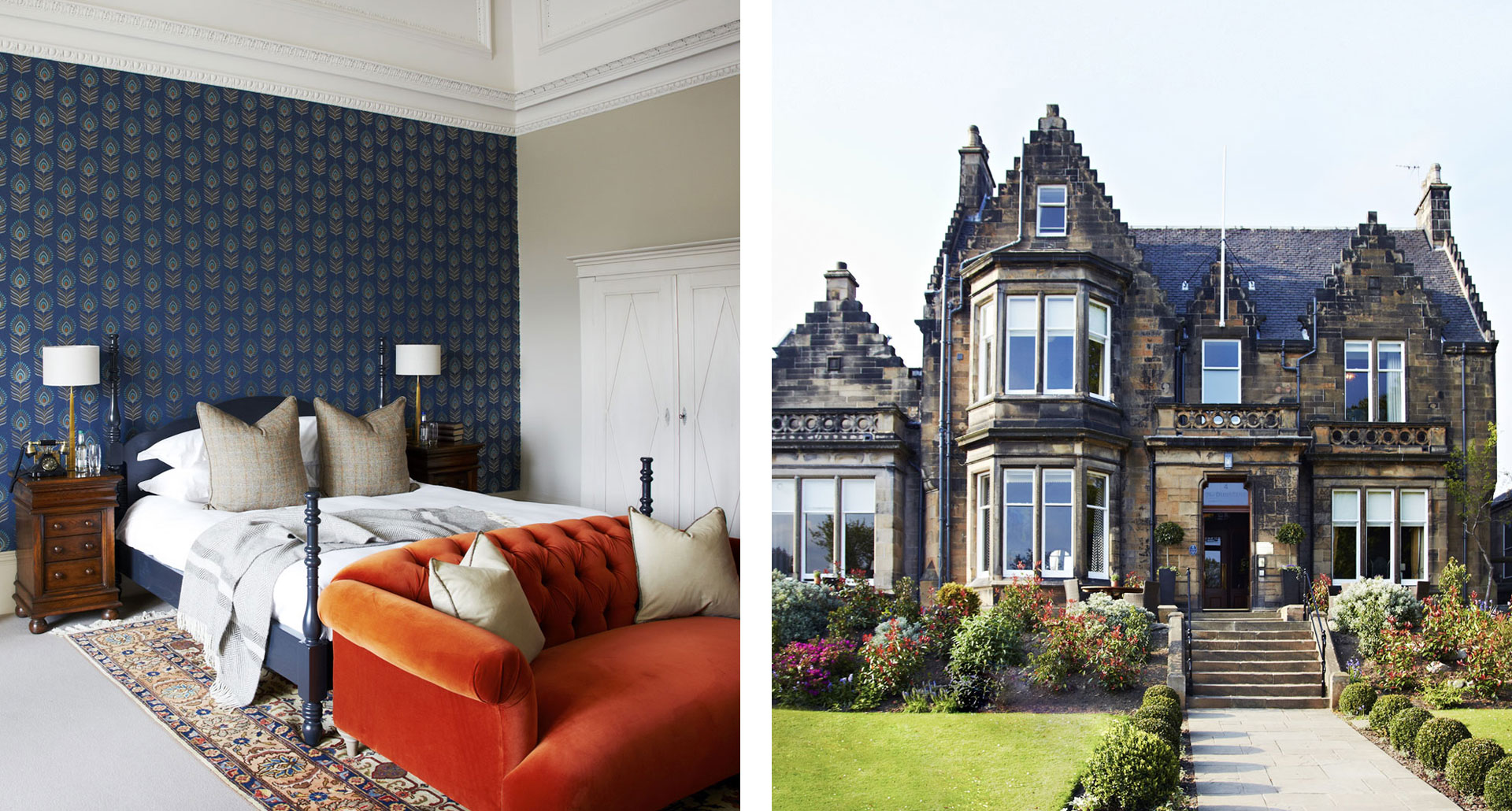 Just ten minutes to the west of Edinburgh’s city center is a hotel that’s hardly a hotel at all. The Dunstane Houses are a pair of Victorian-era neoclassical houses, one across the street from the other, divided into a total of 35 rooms. We’ve seen smaller, to be sure, but it’s rare that a city hotel room so perfectly captures the atmosphere of a bedroom in a classic country house. The proprietors are from Orkney, and they’ve brought as much of the charm of the Northern Isles with them as they could — the only thing missing is an ocean view. 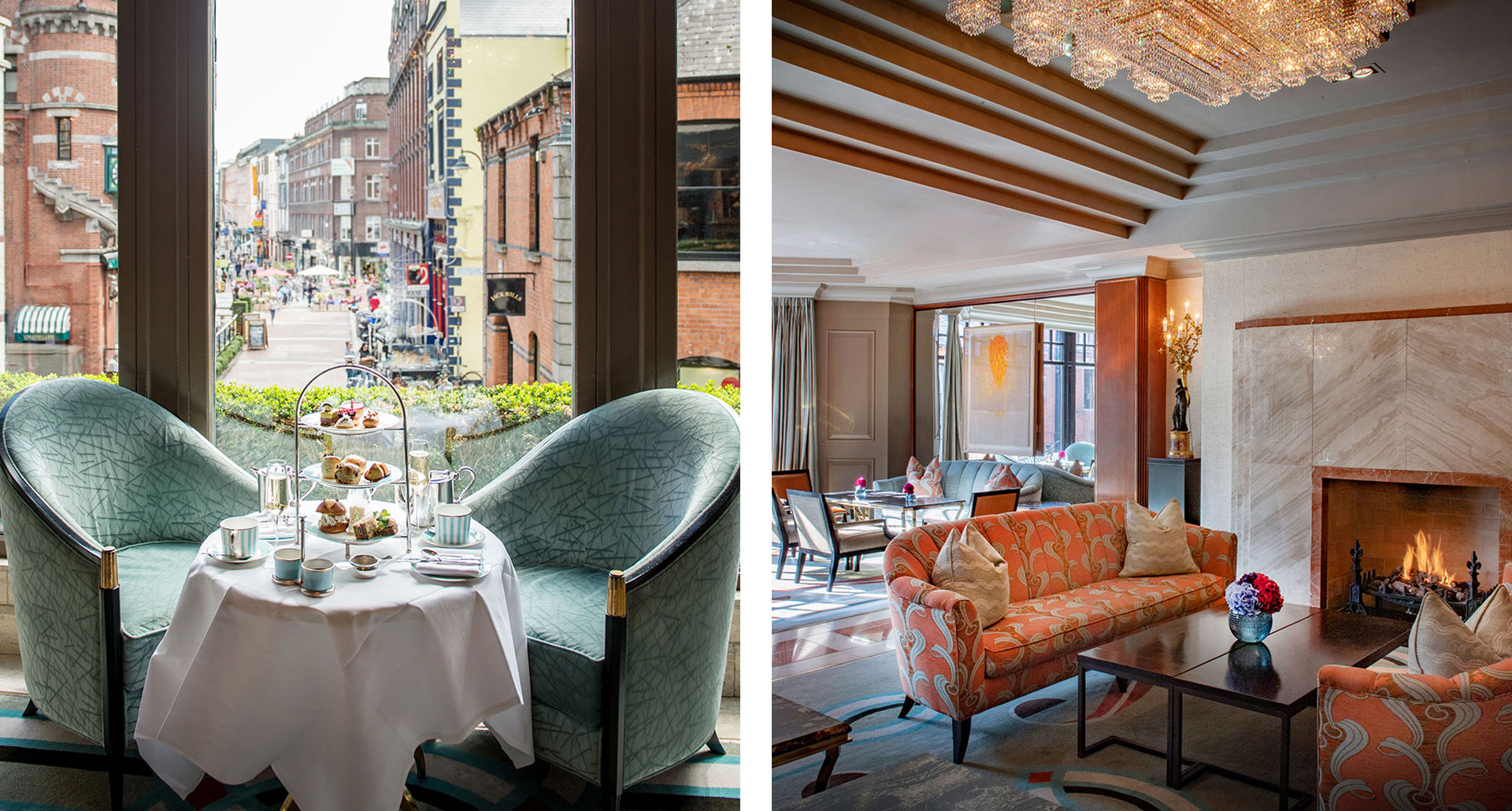 There are bolder and brasher hotels in the Dublin city center, but guests who prefer a bit of classicism with their contemporary design find plenty to love about the Westbury, just off Grafton Street in what’s got to be one of the most desirable locations in town: not only is it yards from the city’s best shopping, but it’s sandwiched between Trinity College and St. Stephen’s Green on the one side and the notorious nightlife of Temple Bar on the other.