Enjoy our Top Ten Tablet Plus hotels for the week of January 13. 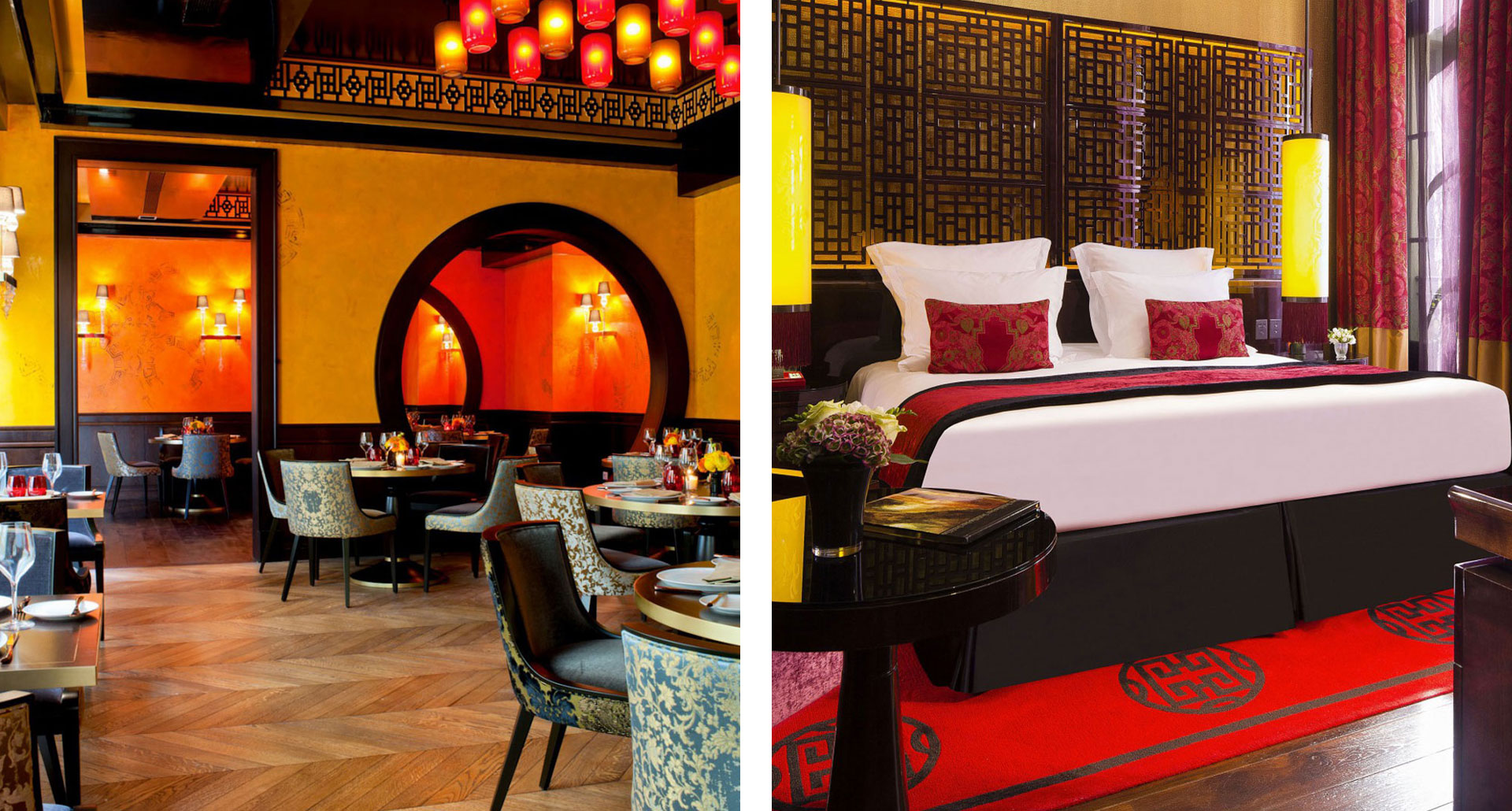 It says something about the challenge of high-end hospitality that the Buddha Bar group managed to open more than a half-dozen bars and restaurants — and even a hotel in Prague — before cutting the ribbon on their flagship Parisian boutique hotel. But cut the ribbon they did, and as of 2013 there’s a place in Paris where you can partake in the Buddha Bar’s trademark chilled-out Orientalism long past closing time. 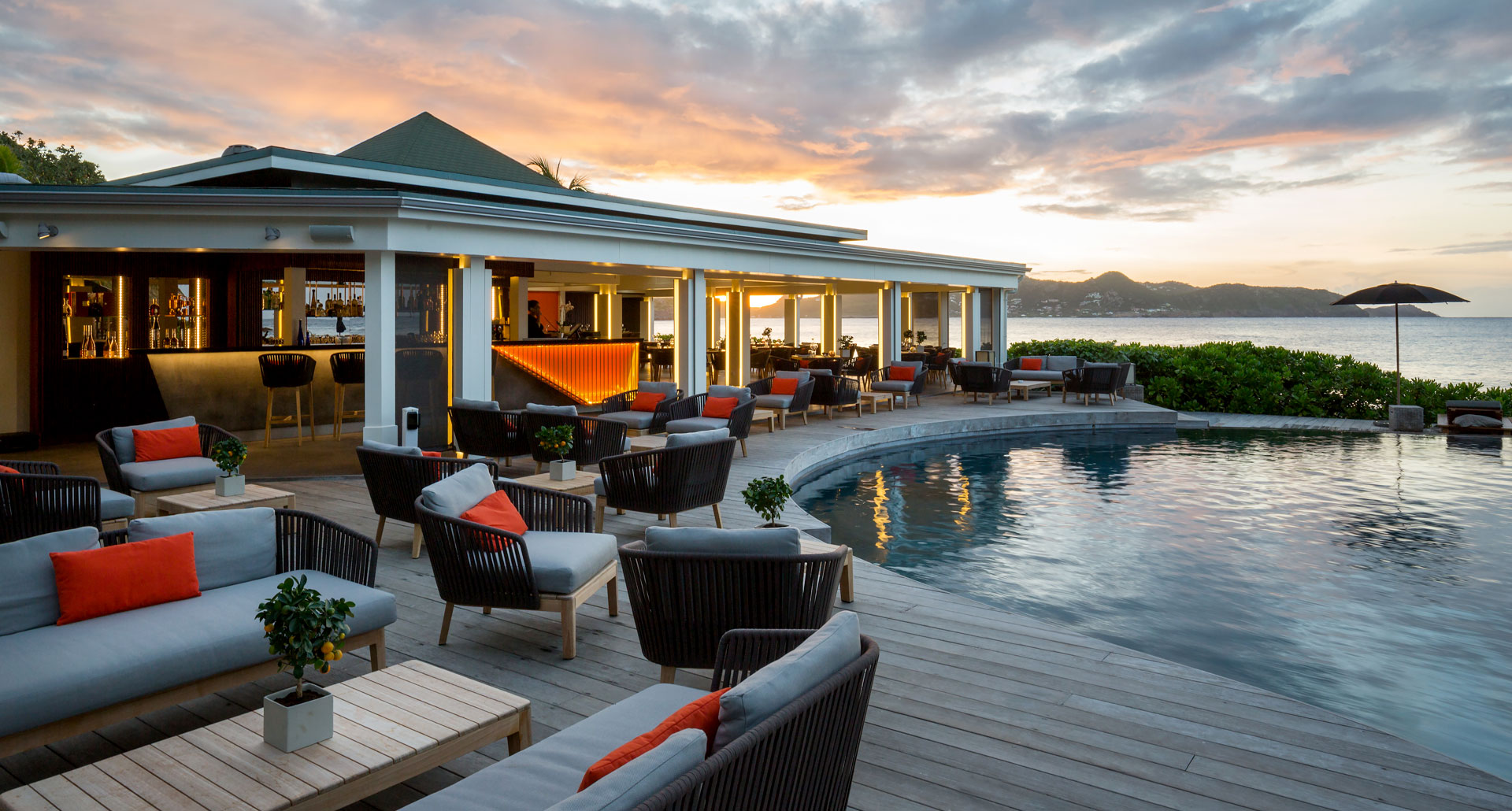 A little more seascape, a little less scene — the Christopher might be a touch more down-to-earth than some of St. Barth’s poshest places, but it’s still pretty darn posh. What sets it apart from the competition — aside from its hillside location in Pointe Milou, which literally sets it apart from the island’s busier locales — is a certain unpretentiousness, a welcoming atmosphere and a humble approach that, like good posture or a warm personality, makes an already stunning hotel look just that much better. 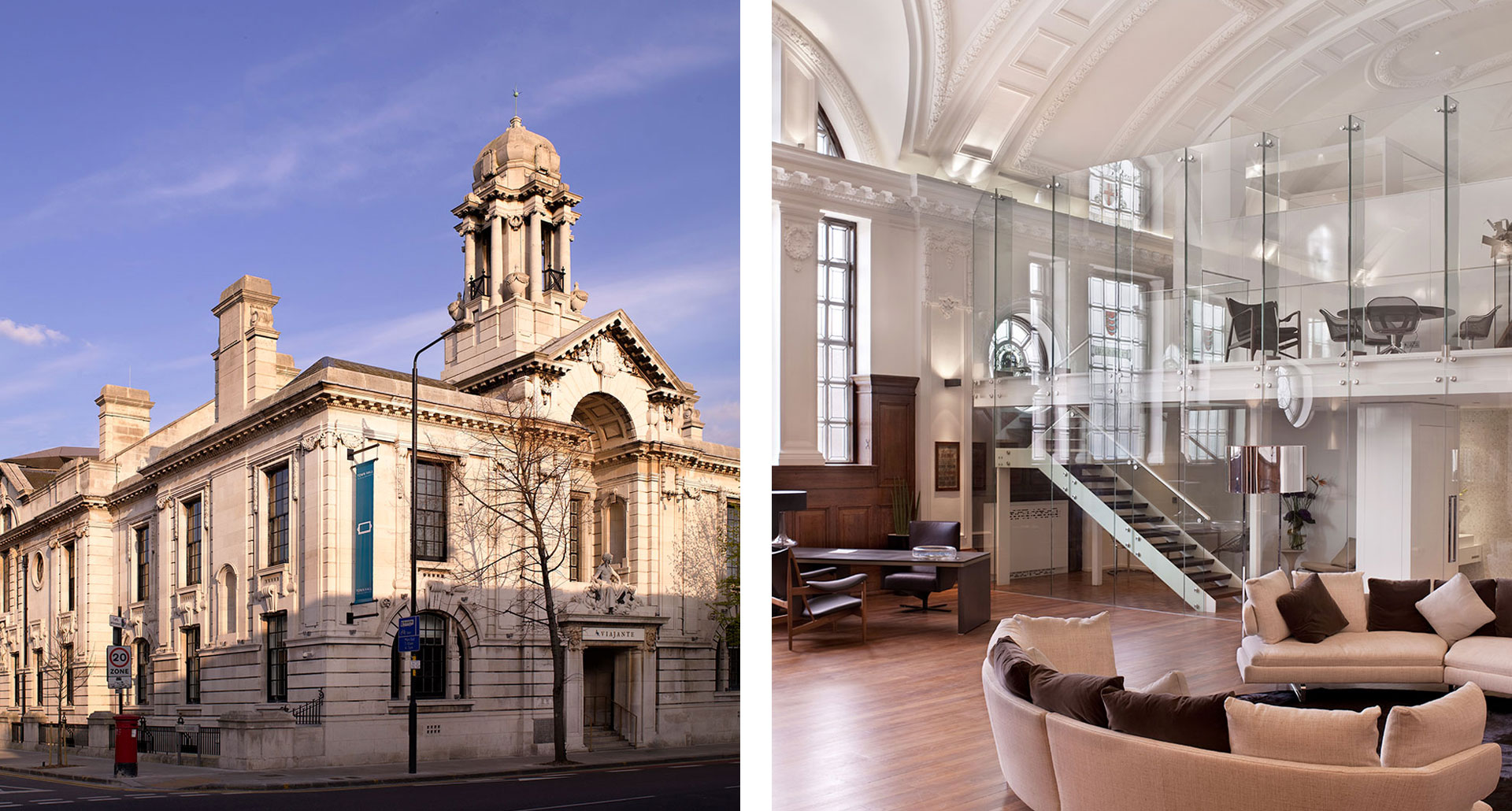 Located in Bethnal Green, Town Hall Hotel lies a short distance eastward of London’s traditional hospitality centers — a slight remove which, depending on your feelings about the touristic thrum of London’s traditional hospitality centers, may very well count as a merit. Bethnal Green these days, of course, has plenty to recommend it, and one shudders at the thought of what a night at Town Hall might cost were it located in the West End. A fifteen-minute Tube ride from central London is the non-pecuniary price you pay for rooms that are spacious, apartments that are downright sprawling, and services — not just a spa but an indoor pool as well — that would set you back thousands at the center of the city. 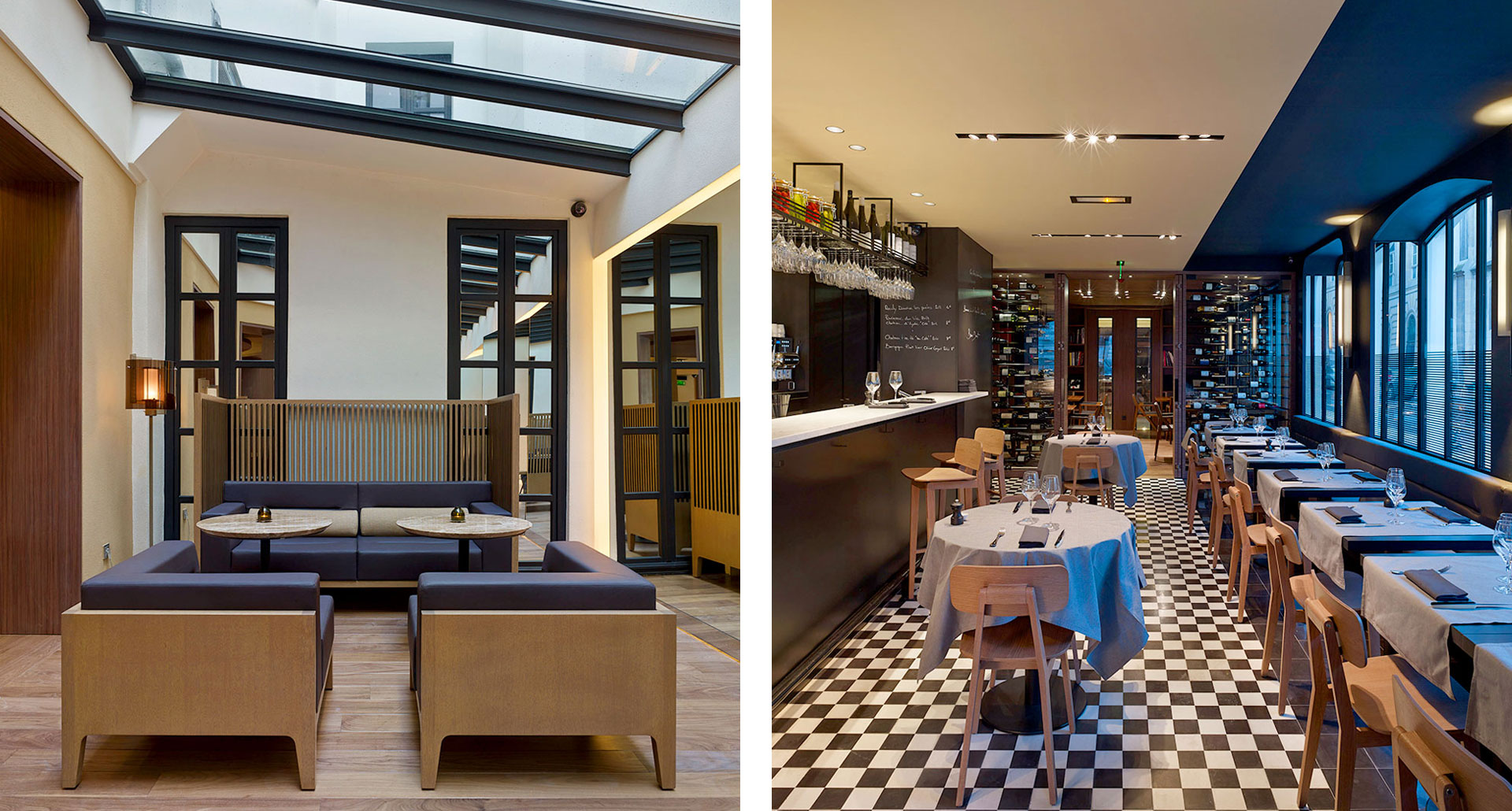 This is how hotel minimalism is supposed to be done — instead of feeling stripped to the studs, Hôtel de Nell is imbued with a tranquil, understated warmth, and a depth of texture that’s so often lost at other pared-down hotels. As ever, it’s all in the details: the heated parquet floors topped with easy-on-the-toes organic wool carpets, black stone-walled showers you’ll never want to get out of, and, in the better rooms, massive Japanese bathtubs carved from single blocks of raw marble and fitted with Oregon myrtlewood accessories. 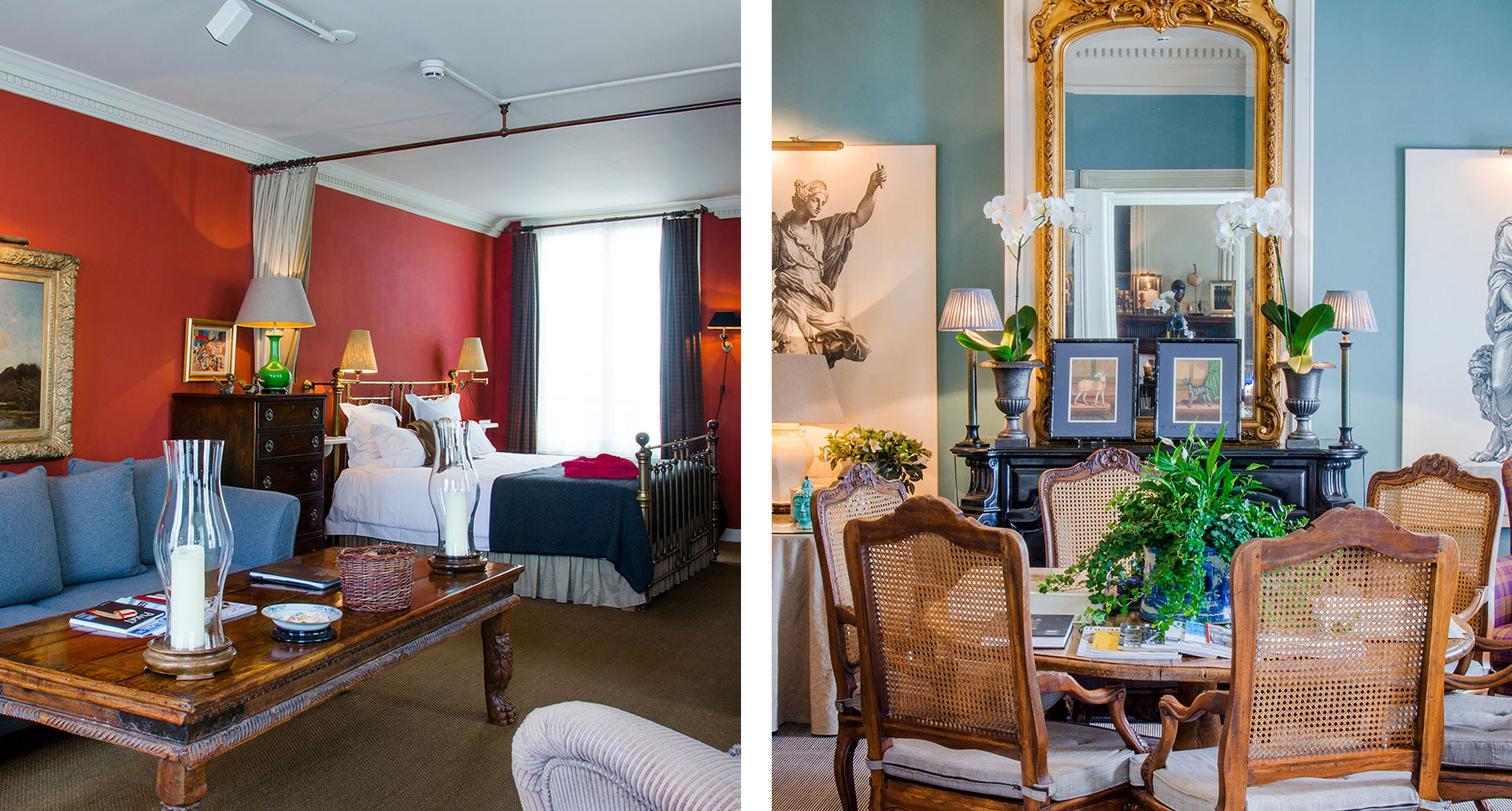 All the big stereotypes about Dutch hotels (freaky modernist design, low-budget student digs) are right out the window — Seven One Seven is as traditional and as haute-luxury as they come, just nine sumptuous suites in a landmark 19th-century house along the Prinzengracht, outfitted in absolutely classic style by the former owner, the fashion designer Kees van der Valk. 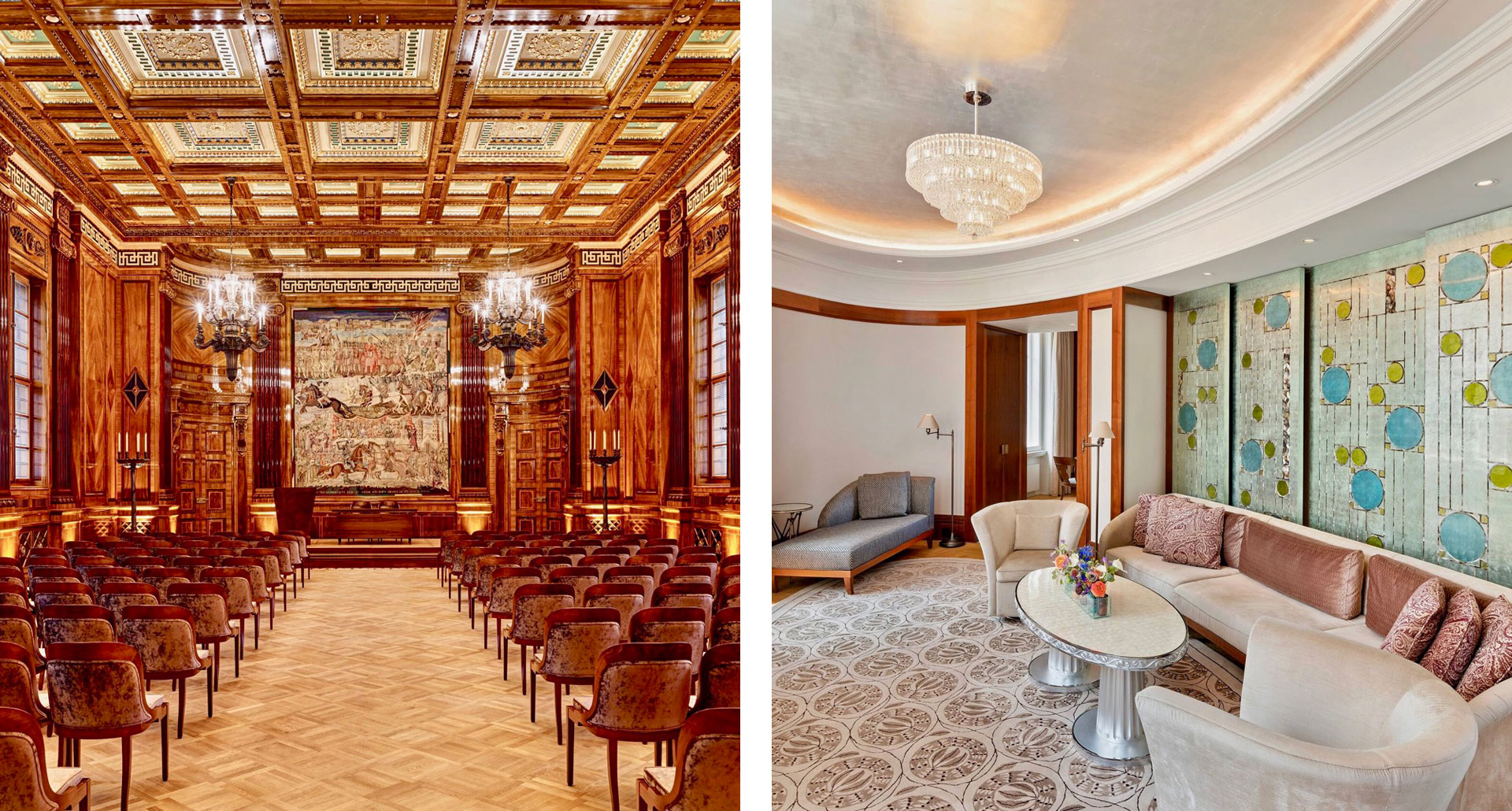 Not all Park Hyatts are purpose-built skyscraper hotels of the variety made famous by the Tokyo branch in Lost in Translation. Those in Europe tend instead to make use of one or another distinguished bit of local architecture. The Park Hyatt Vienna occupies a stately former bank building whose former tenants only made way a few years ago; this newly redeveloped corner of the city center’s pedestrianized historic district is now home to a few luxury-brand flagship stores, as well as this, possibly Vienna’s finest hotel. 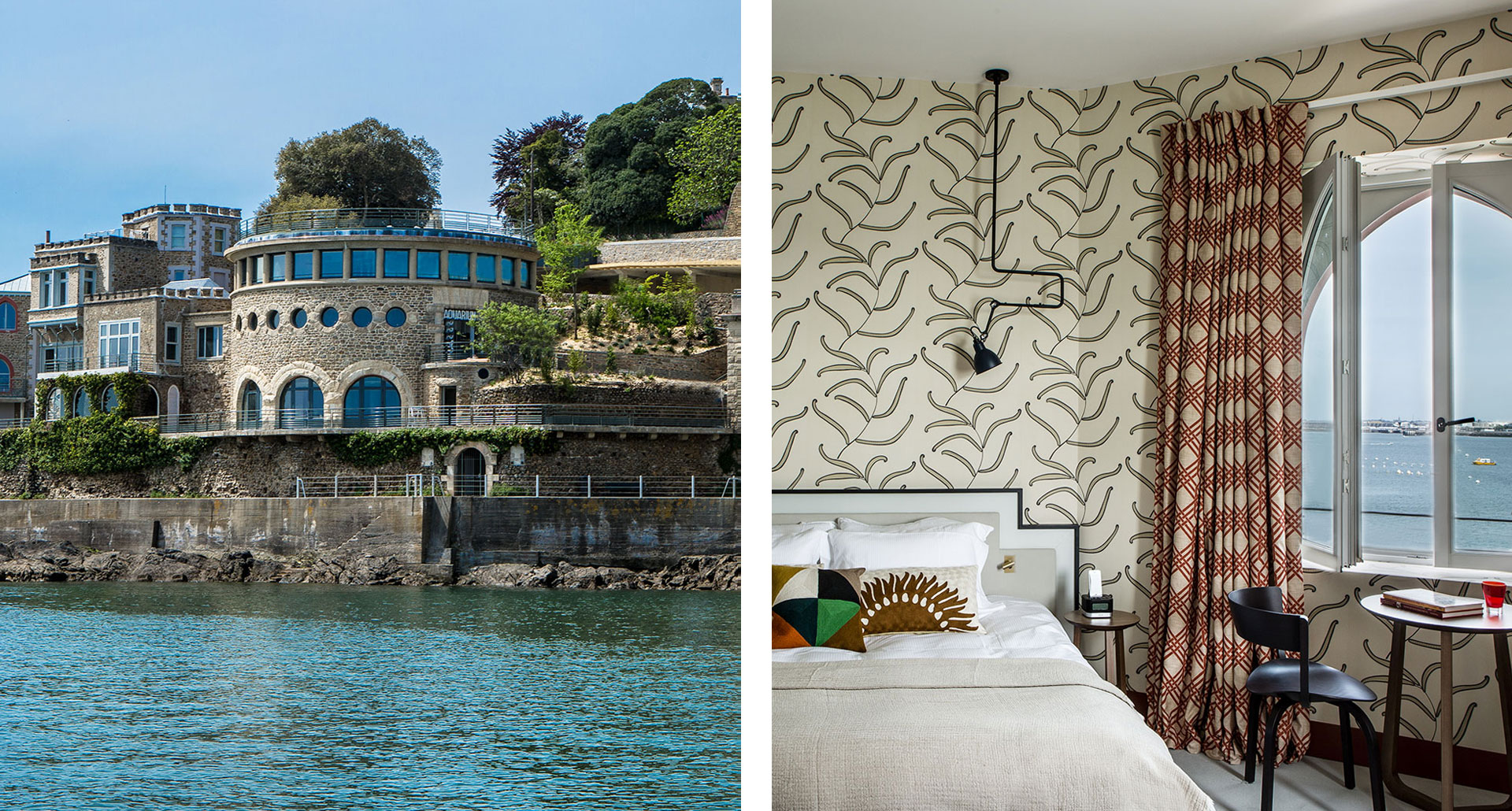 This buzzed-about hotel bridges the best of the old and new worlds of Dinard, sometiems referred to as the “Cannes of the north.” Part of what makes it so exciting is the fact that the building, a stately Belle Époque villa, has been off-limits to the public for much of its existence. It was one of the first constructions built on this stretch of coastline, originally serving as the vacation home of an aristocratic English family, and later used as a marine research station. Now it’s a 25-room hotel that feels like a destination in its own right. 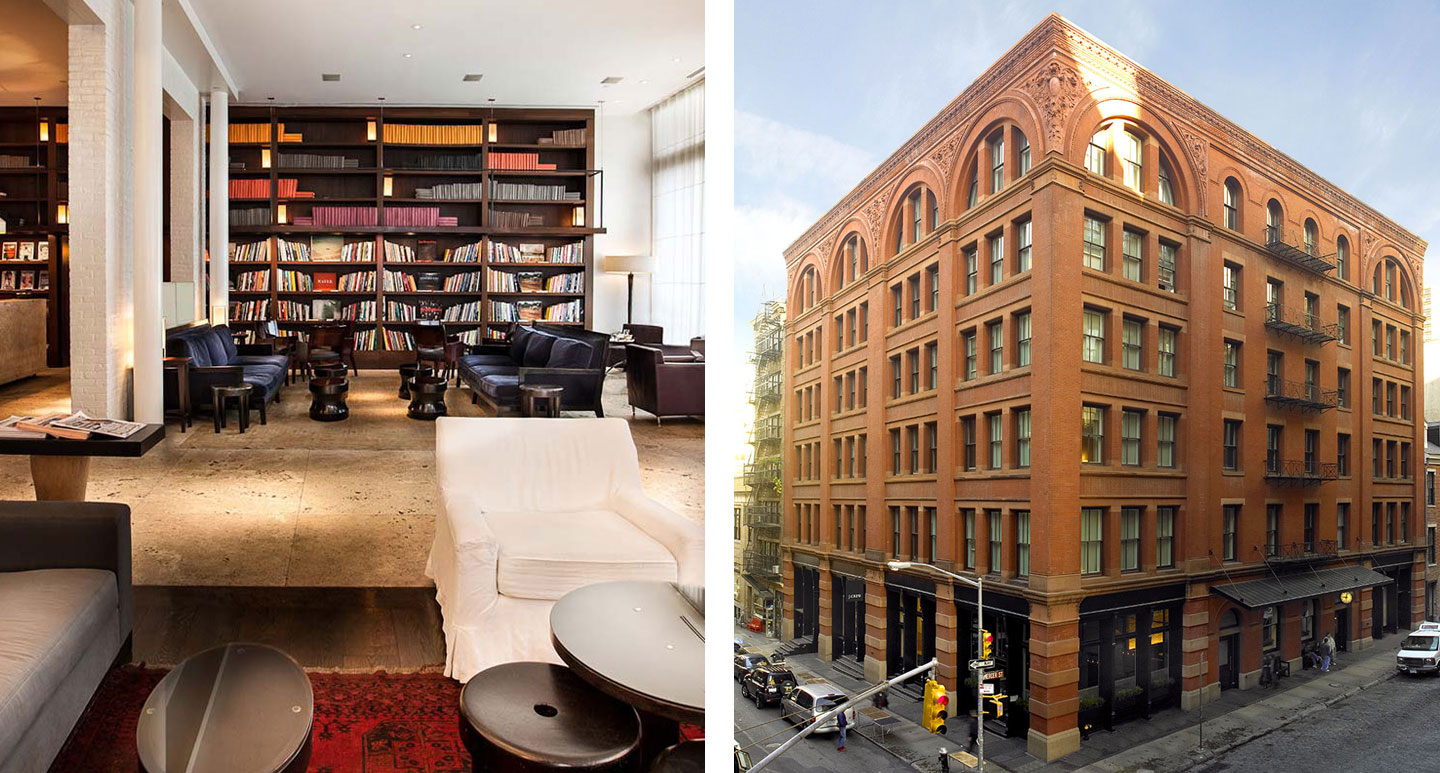 The first SoHo loft hotel is still the definitive entry in the genre. This 19th-century Romanesque Revival building was filled with artists’ lofts during the neighborhood’s postwar heyday, and its late-’90s renovation at the hands of superstar interior designer Christian Liaigre transformed it into one of the best of the first generation of boutique hotels. And while the competition has multiplied, the Mercer’s never lost its sheen — sister hotel to Chateau Marmont and the Chiltern Firehouse, it’s an André Balazs production, which means it’s perennially on the radar of some of the world’s most style-conscious travelers. 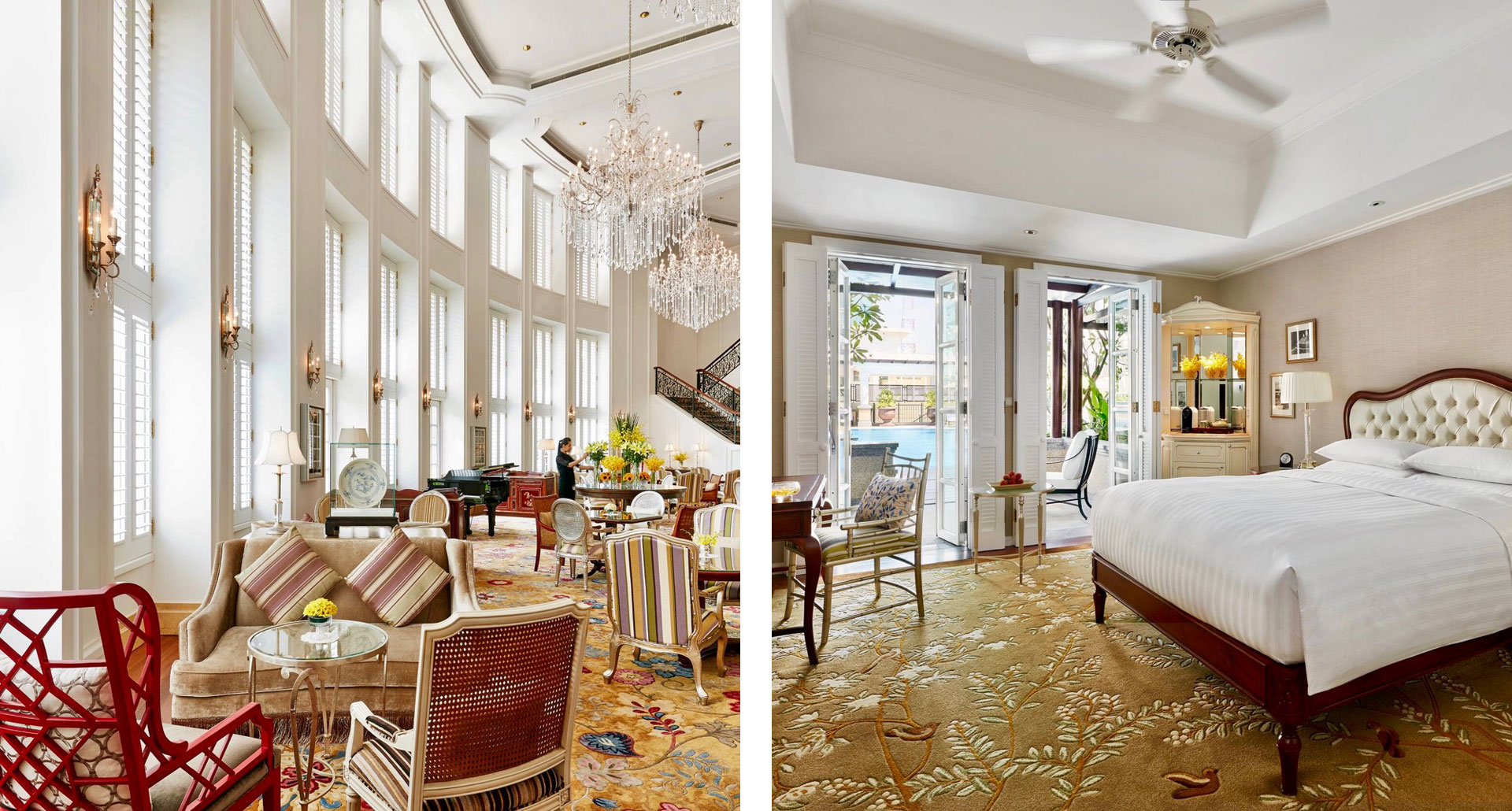 When you see a chain’s name over a hotel’s door you generally know what to expect, for better or worse — in this case it’s for the better, as the Park Hyatt can be counted on to deliver subtly stylish modern-classic interiors, along with first-class facilities, and in-room amenities that are state of the art. Nods to French-era Saigon abound, from the understated to the explicit: there are period details in the décor, and the walls are hung with black-and-white photos of the city. 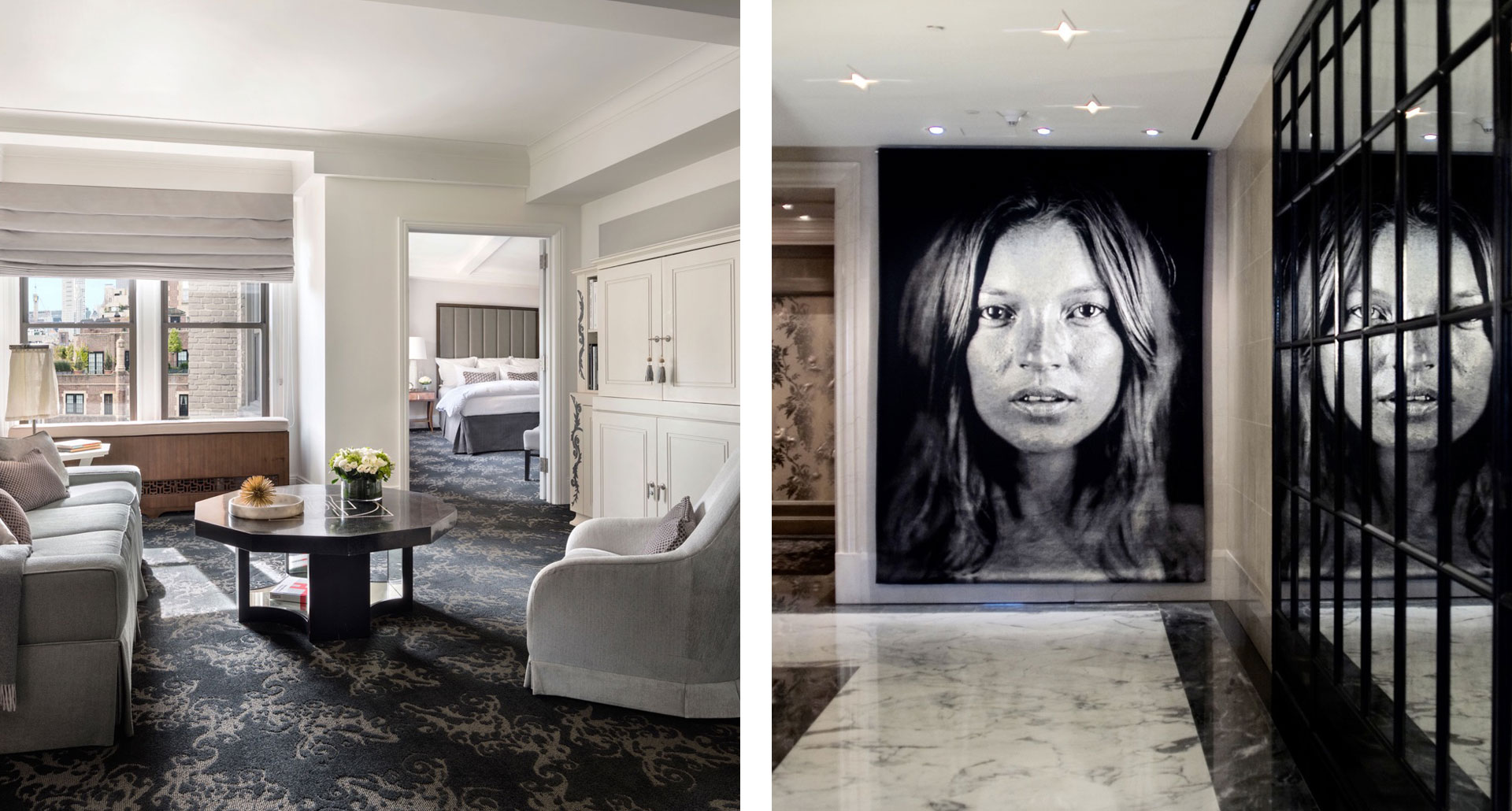 The Surrey pretty well puts to bed any notions of the design-oriented boutique hotel being in any way a downtown phenomenon. Manhattan’s Upper East Side is known for conservative interiors, conservative architecture, and a conservative crowd, but a closer look at the newly renovated Surrey — and the clever, subtle work of the designer, Lauren Rottet — reveals that there’s a bit more to it than that.