Enjoy our Top Ten Tablet Plus hotels for the week of December 23. 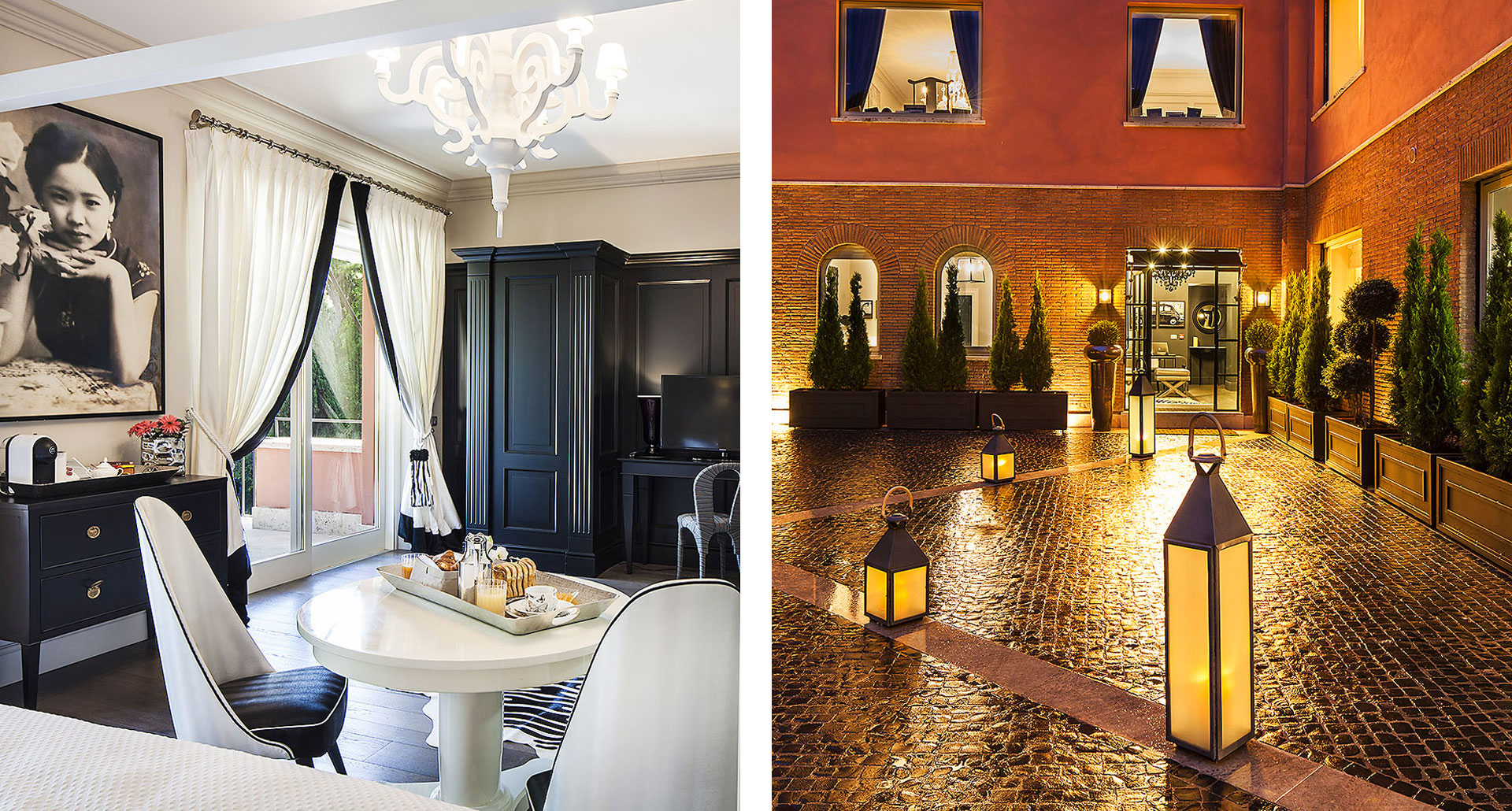 Tradition holds that the Rome we know was created when the residents of seven hills, including Romulus’s Palatine Hill, joined forces. Today’s city has expanded far beyond these traditional settlements, but Pepoli 9 makes its home in the ancient hills, surrounded by the ruins of the Colosseum, Circus Maximus, and the Baths of Caracalla — and, if you’re more gourmet than claccisist, a short walk from Testaccio, the riverside neighborhood where you’ll find a lot of the restaurants on your must-try list. 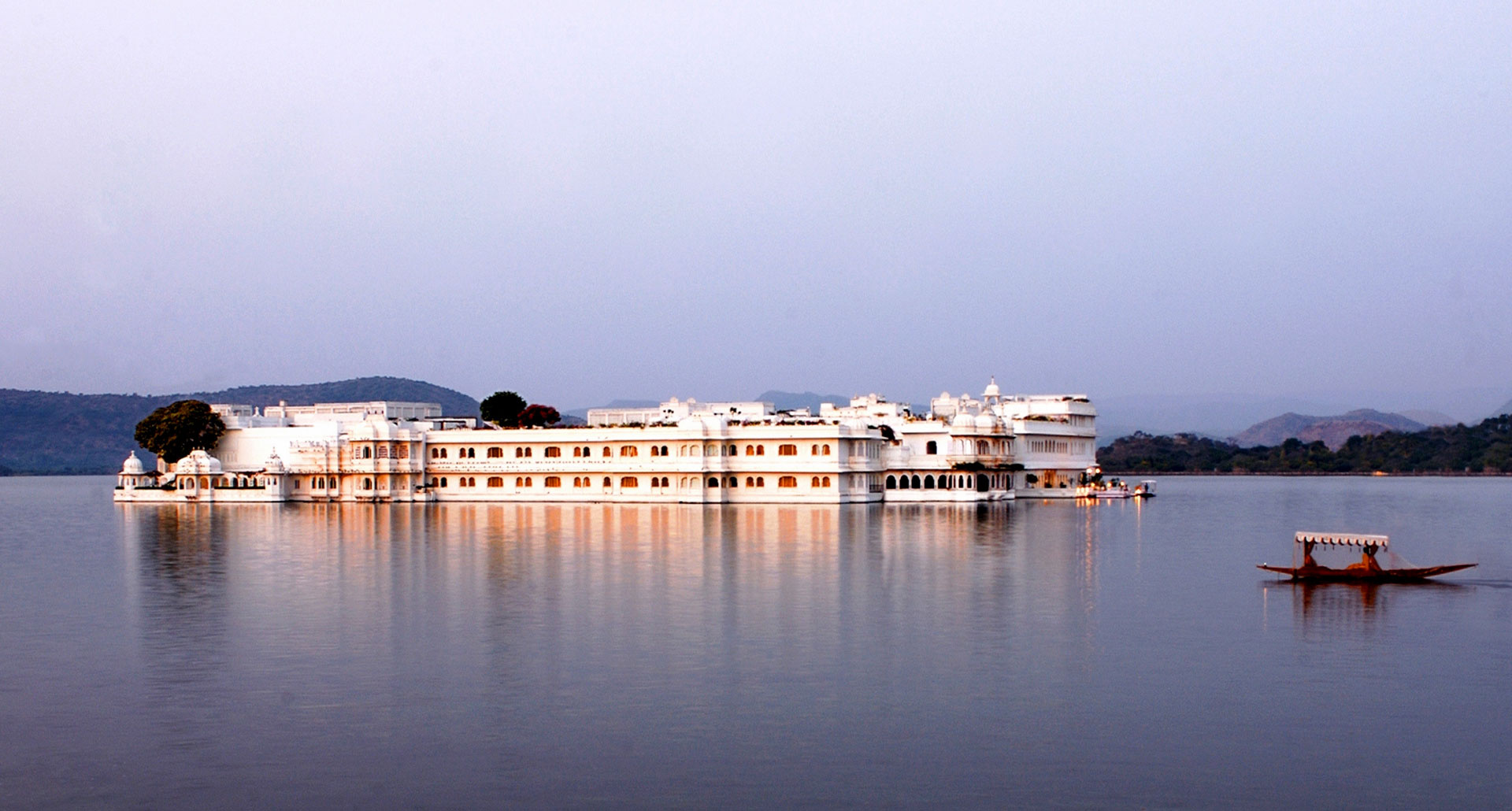 The Taj Lake Palace floats on the calm surface of Lake Pichola and was built in 1740 as a summer retreat, taking advantage of the cooling lake breezes. The Taj group took over in the Sixties, and the hotel has since become standard postcard (and Bond film) material. 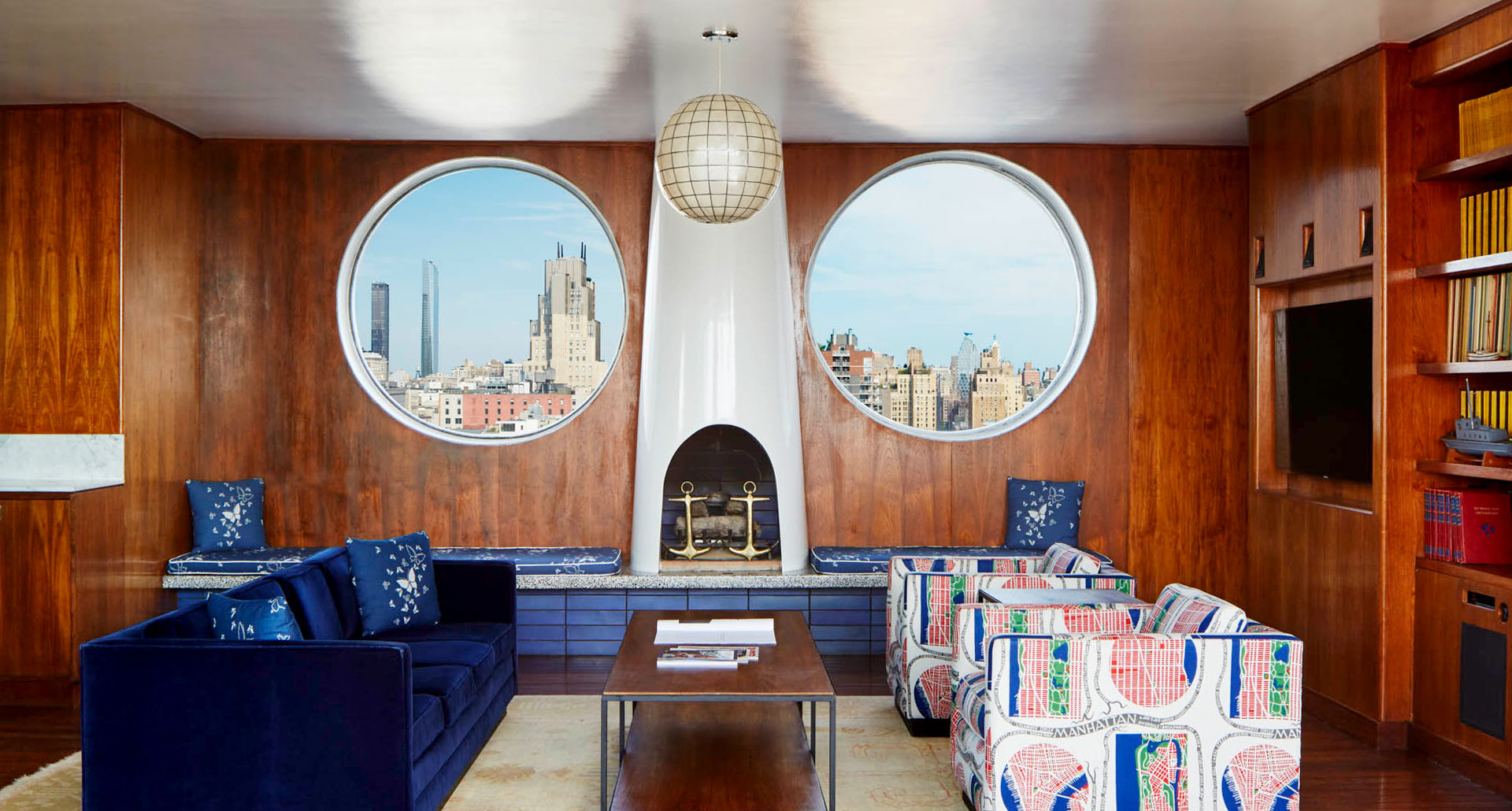 The Maritime Hotel was designed in 1966 for the National Maritime Union; hence its name, and its nautical theme. Today it is one of New York’s hipster hangouts, owing as much to its location (just off the Meatpacking District) as to the charms of the hotel itself. 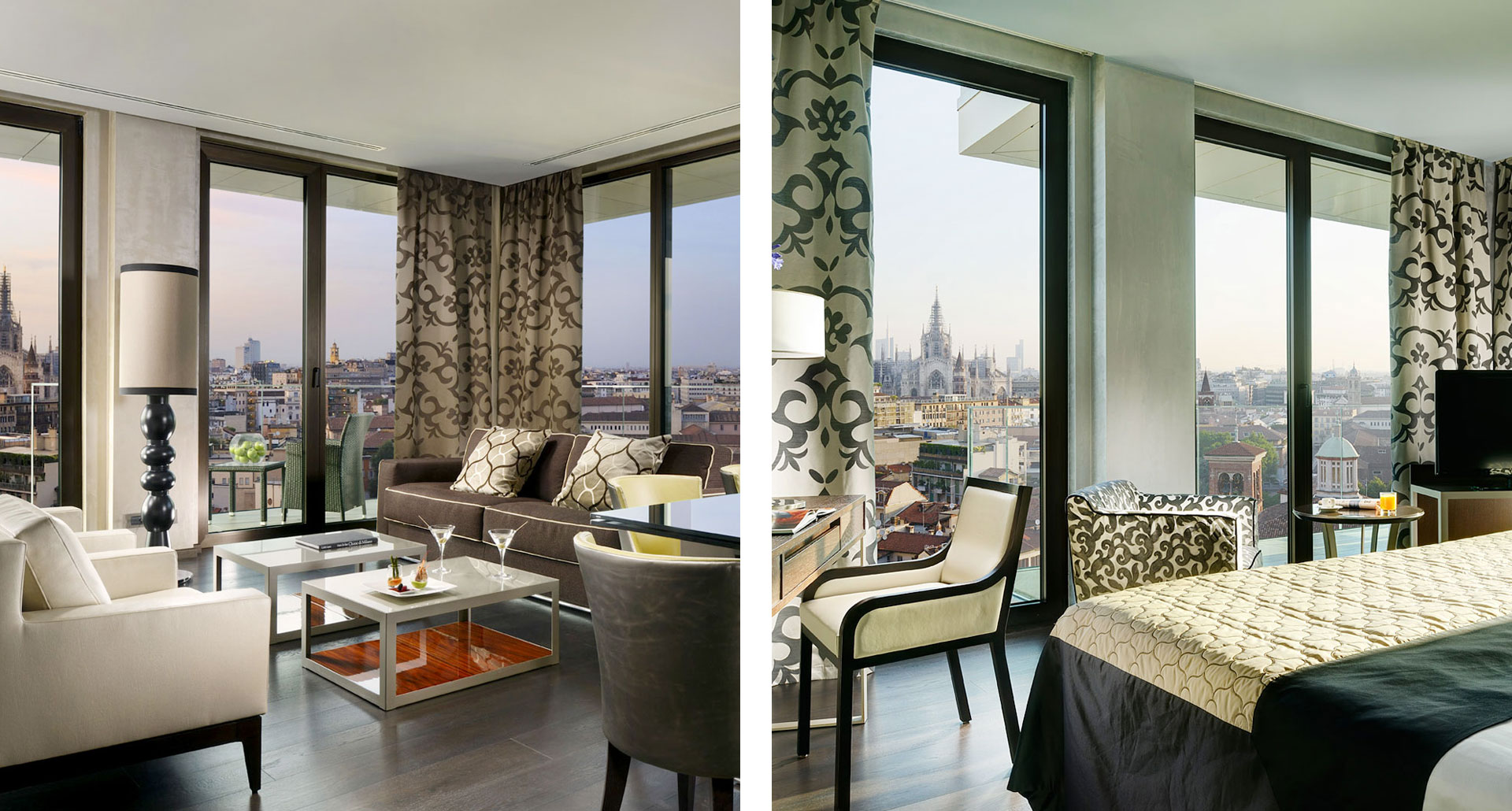 Let’s get one thing straight: Uptown Palace isn’t exactly what most of us would describe as palatial. Not that that’s a bad thing. This is Milan, where you’ll get your fill of neoclassical pomp from the high-fashion flagship stores in the Golden Quadrangle. When it’s time to hang it up for the night, opting for a moderately scaled-back design hotel over the old-world glitz of some grand old residence can be a refreshingly affordable change of pace. And since this is the beating heart of the fashion world, where bella figura is elevated to an art form, it’s practically against the law for boutiques like the Uptown Palace to be anything less than chic and sophisticated. 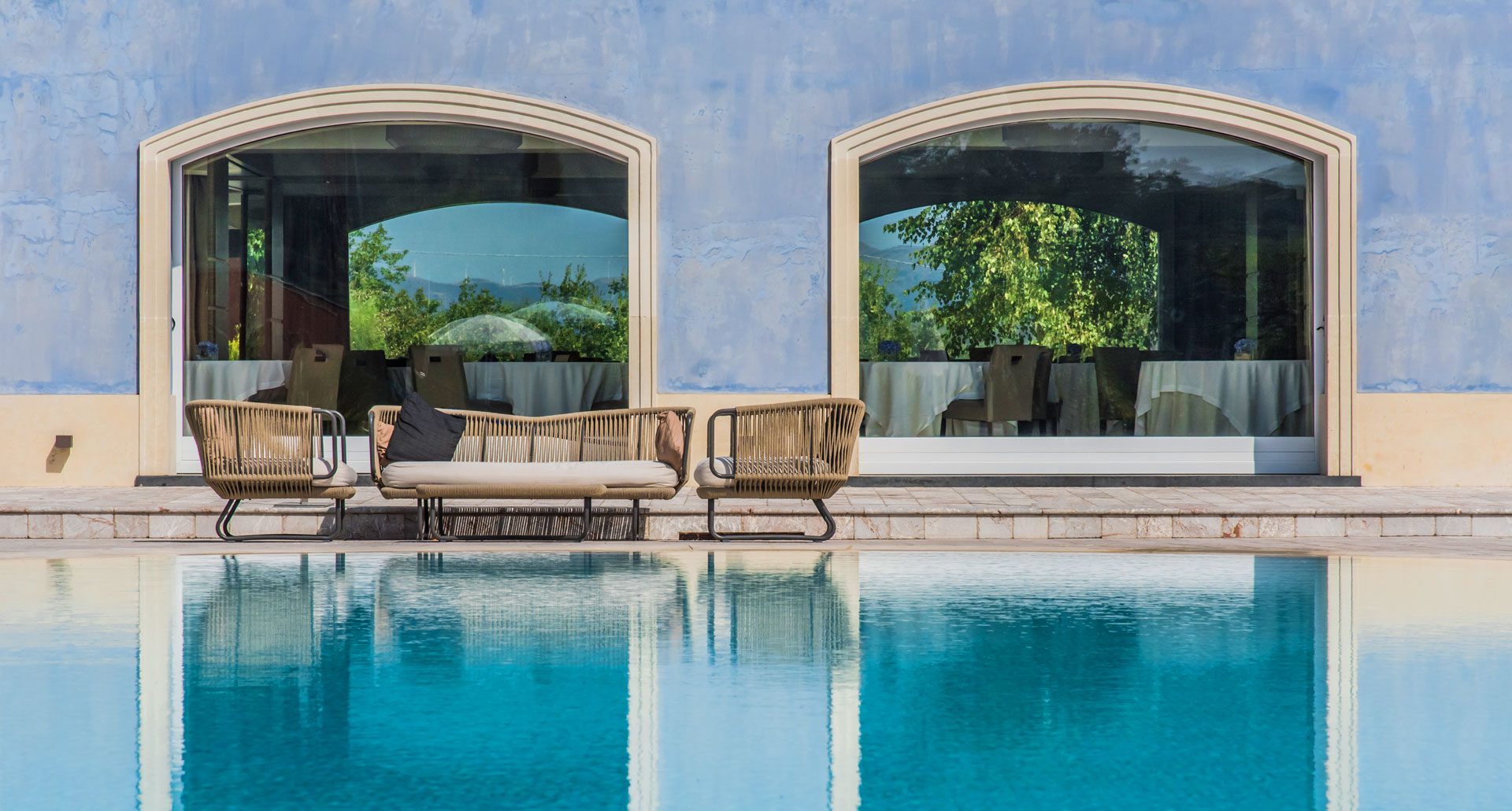 If you think of volcanoes in Italy, Mount Vesuvius — Pompeii, and all that — probably springs to mind first. But Mount Etna, on Sicily’s eastern coast, is more than twice its size. Which is part of the reason why so many hotels in the region try to outdo each other, advertising the best views of the towering landmark, an active volcano that was named an UNESCO World Heritage Site in 2013. Villa Neri Resort & Spa is one of the privileged few that’s situated right on the slopes of Etna. 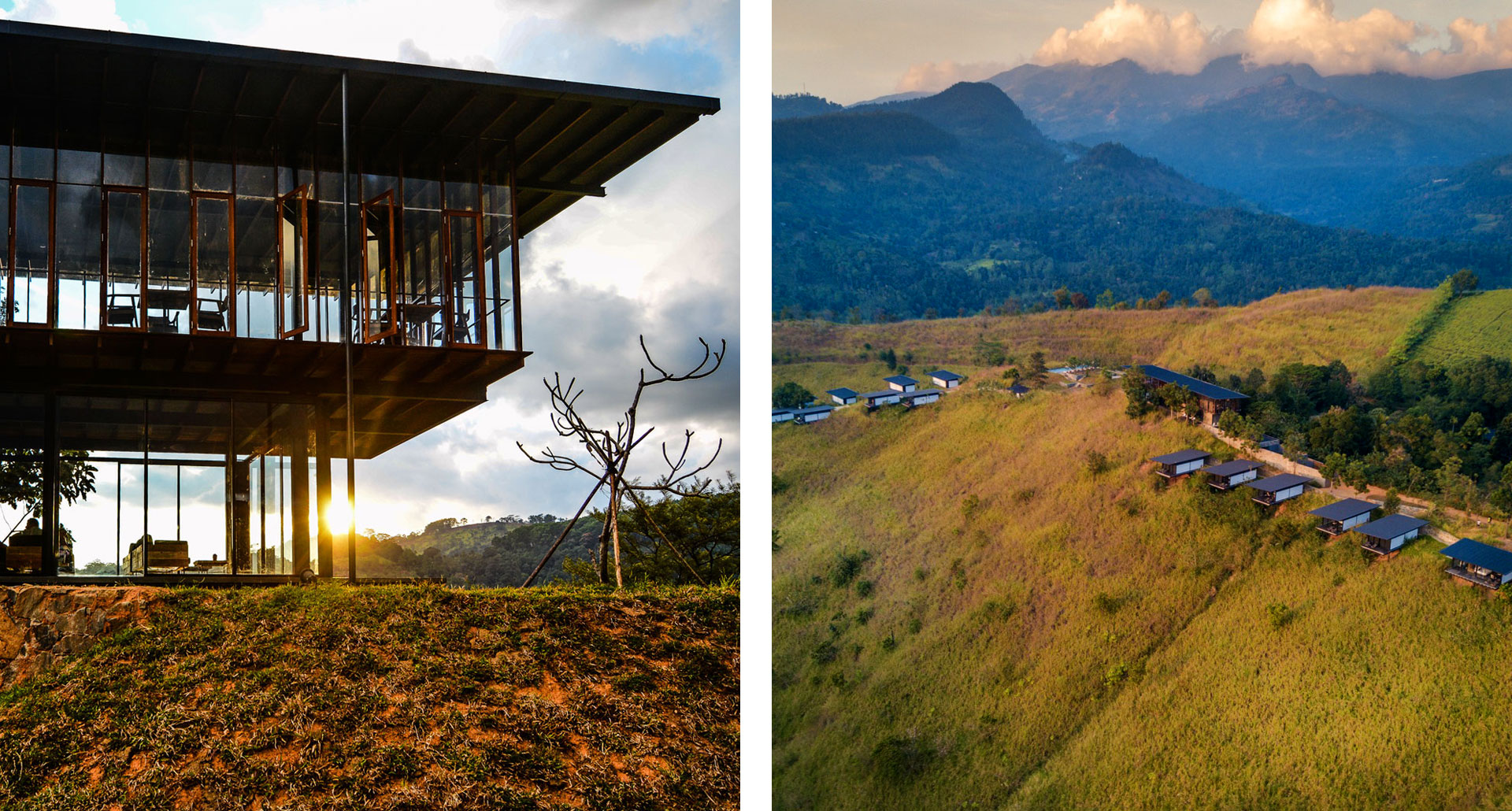 We’ve been singing the praises of Sri Lanka’s boutique hotels for some time now, but we’ve got to admit, this one took our breath away. Santani Wellness Resort and Spa puts together so many of the things we love about this island — the unbearably scenic landscapes of the interior, the homegrown tradition of tropical-modernist concrete architecture, and the legendarily welcoming Sri Lankan hospitality — that it might be worth a return trip all on its own. 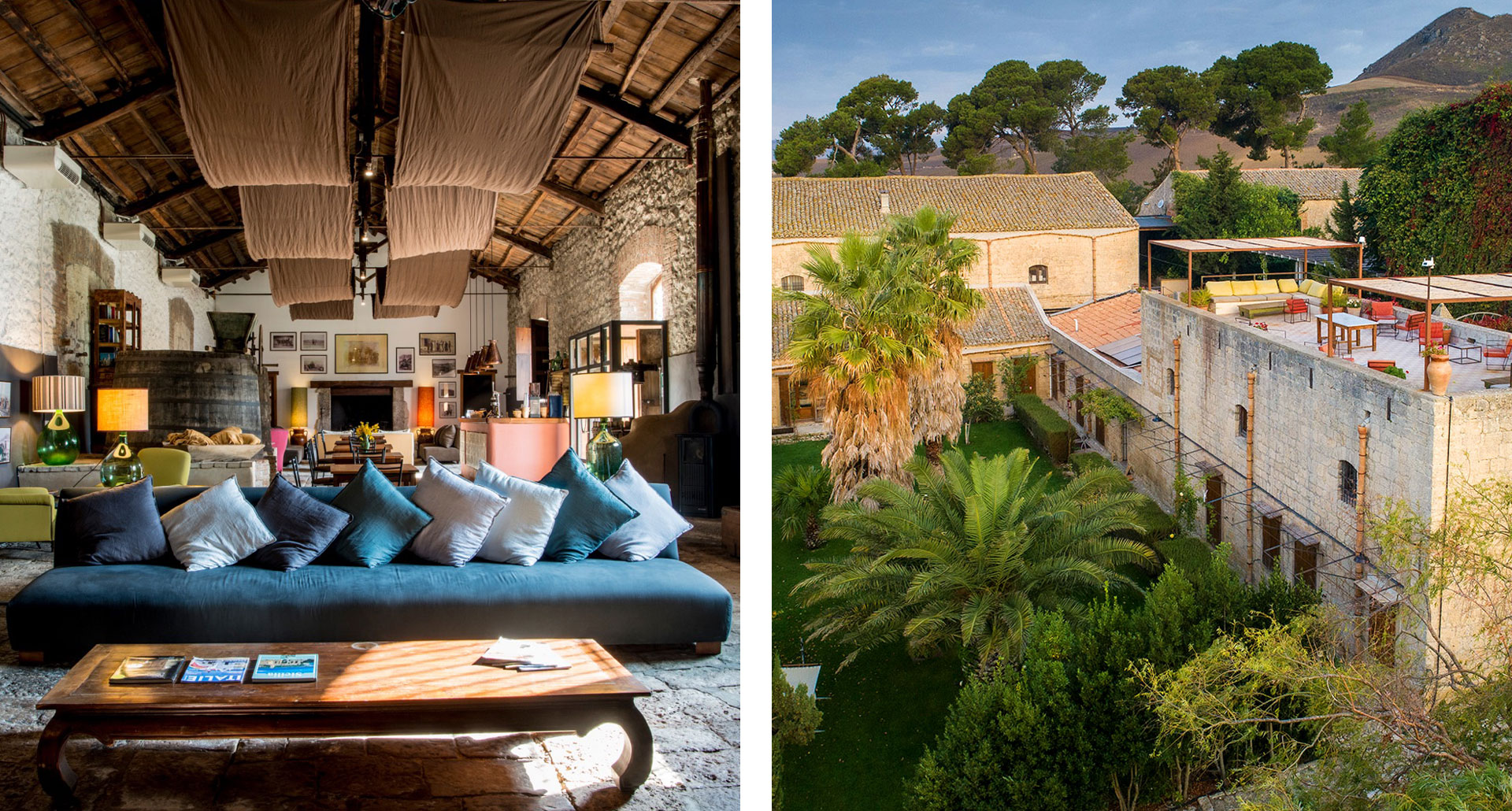 Sicily’s a sweet-spot destination: a Mediterranean island large enough to get lost, a trip to Italy without the inevitable crowd-crush, an archaeological and geological motherlode. Yet tough as the competition may be, Masseria Susafa still manages to stand out. A working farm in Sicily’s rustic, hilly interior, this country boutique distills centuries of hospitality and husbandry into a charming, restful bullseye. True to the name — a “masseria” is traditionally a well-fortified manor on a sizable estate — it’s commanded the verdant countryside for five generations under the stewardship of the Saeli-Rizzuto family. 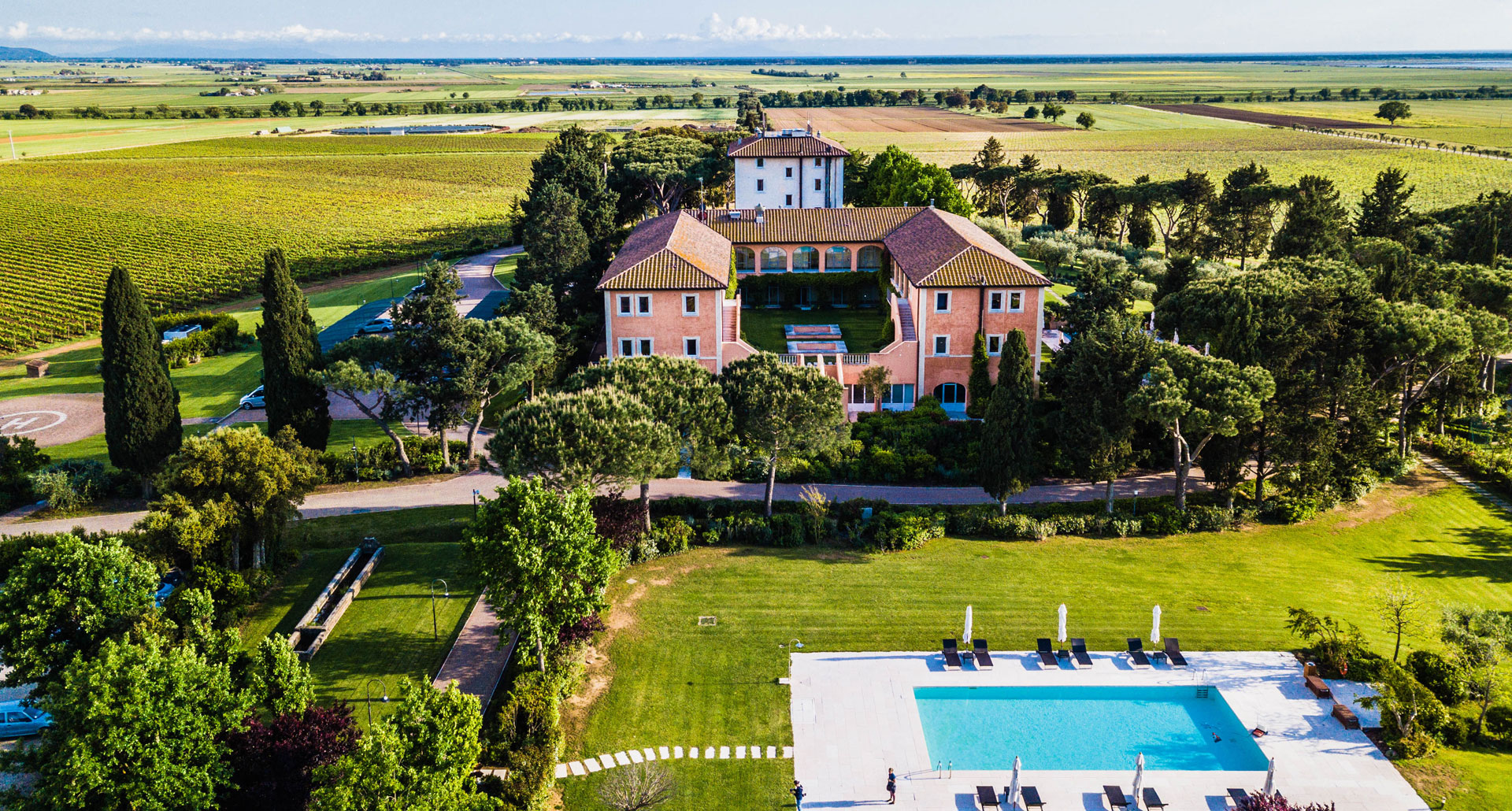 L’Andana occupies a particularly auspicious parcel of land near western Tuscany’s Tyrrhenian coast — Tenuta La Badiola was once the summer residence of the Grand Duke Leopold II, and today is as picturesque a collection of vineyards and sun-drenched foothills as one is likely to find anywhere in Italy. Despite this well-bred heritage, the estate’s aristocratic connection is traded on rather lightly, trumped by an association with a more current name, that of its owner, the French star chef Alain Ducasse. 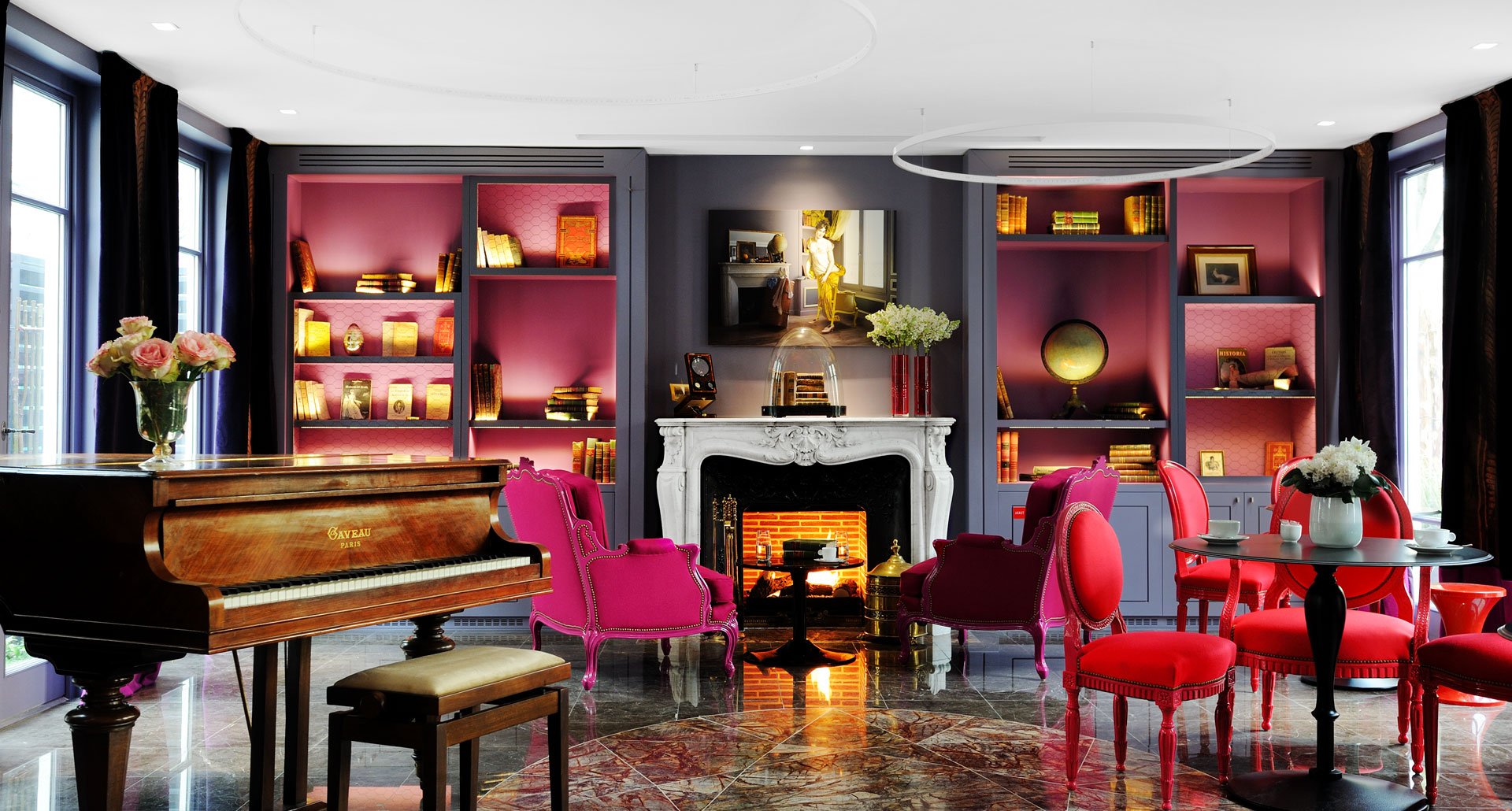 Is it possible for a hotel to be a biography? La Belle Juliette might be the first: this stylish little boutique hotel in the Saint-Germain is a period piece, at the very least, conceived by the French designer Anne Gelbard as an homage to Juliette Récamier, a notorious Parisian beauty from the dawn of the 19th century. Some of it is overt, with portraits and other memorabilia scattered throughout the rooms and common spaces. But above all it’s a modern interpretation of the way a present-day Juliette might have wanted to live — the relevance of which, to today’s style-conscious traveler, shouldn’t be too difficult to grasp. 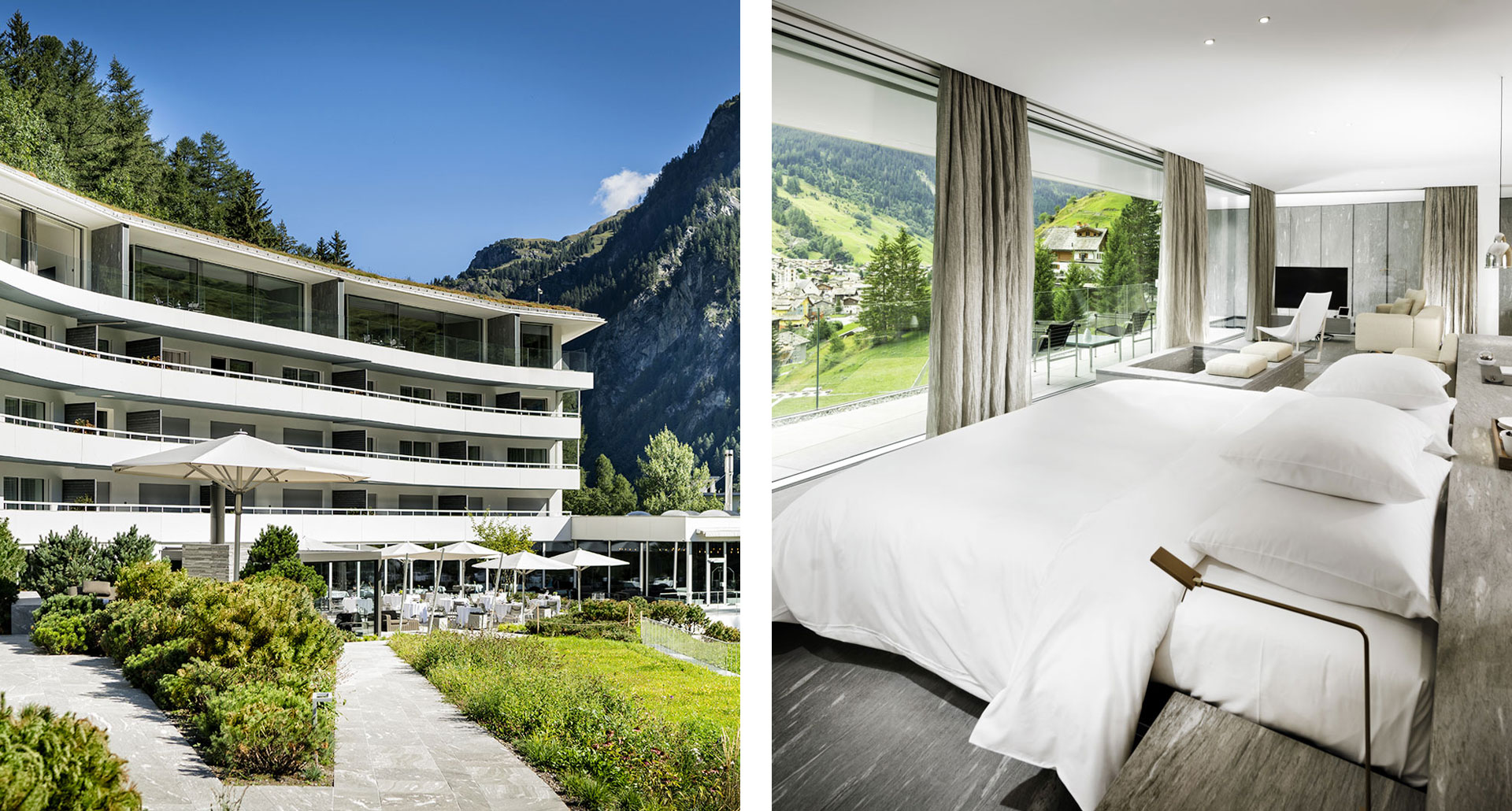 Therme Vals, the thermal baths designed by architect Peter Zumthor, have long been regarded as a masterpiece, the sort of place where architecture and design junkies make pilgrimages to commune with the quartzite temple that houses the geothermic waters. And now, in Hotel 7132, this village has a hotel that’s worthy of sharing space with the famous spa.