Enjoy our Top Ten Tablet Plus hotels for the week of December 16. 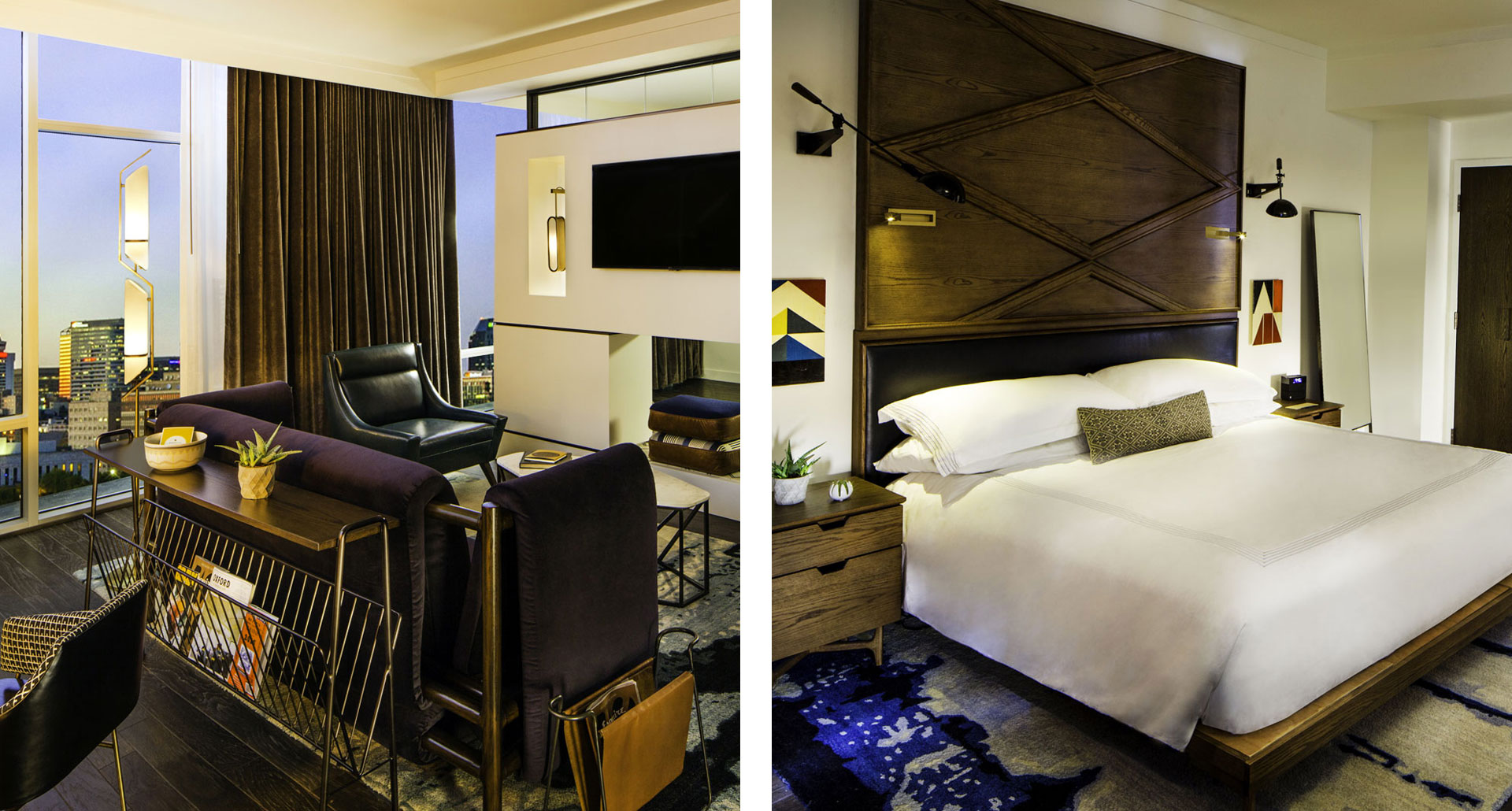 It may stretch some people’s definition of “boutique” by virtue of its size — the Thompson Nashville has 12 floors and 224 rooms — but it gets away with it, thanks to a certain degree of artistry and attention to detail. Practically everything in the guest rooms and suites is custom-made, from wallpaper by Flat Vernacular to bath products by D.S. & Durga. The lobby is filled with artwork by local painters; the floor is inlaid with a massive compass mosaic with brass lettering that spells out the hotel’s geographic coordinates. Not to mention a rooftop bar, L.A. Jackson, serving craft beer and small plates built around local produce. 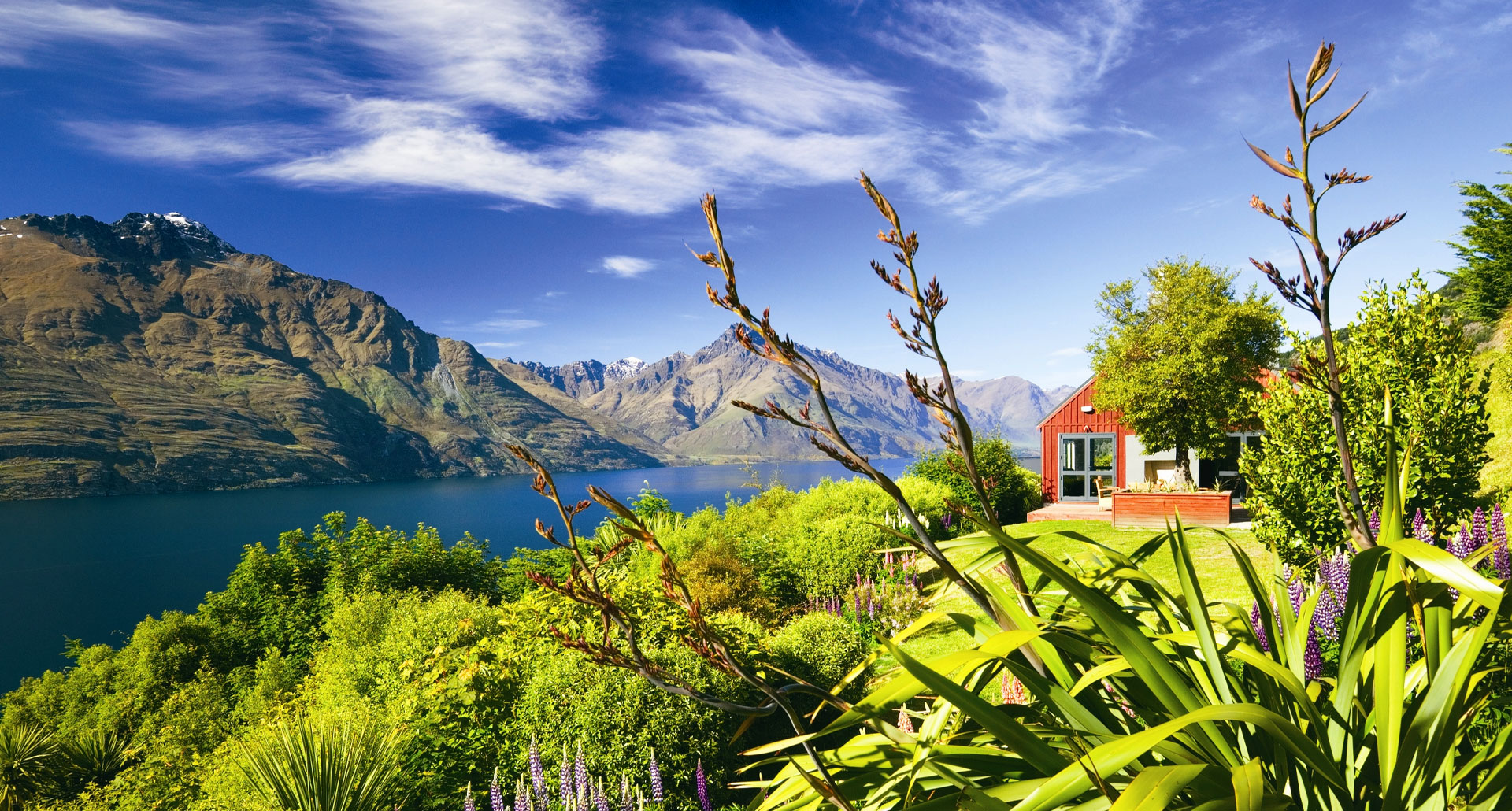 The whole point of New Zealand, from an outsider’s perspective, is the outdoors — there’s city culture there, of course, but what’s worth going on and on about are the natural gifts of the place. So a hotel like Azur plays to all its location’s strengths; it’s urbane and sophisticated, just a few minutes from the center of Queenstown, but mostly it’s just immersed in natural splendor, with views of Lake Wakatipu and the Remarkable mountain range, and easy access to all the activities, from water sports to heli-skiing, that both entail. 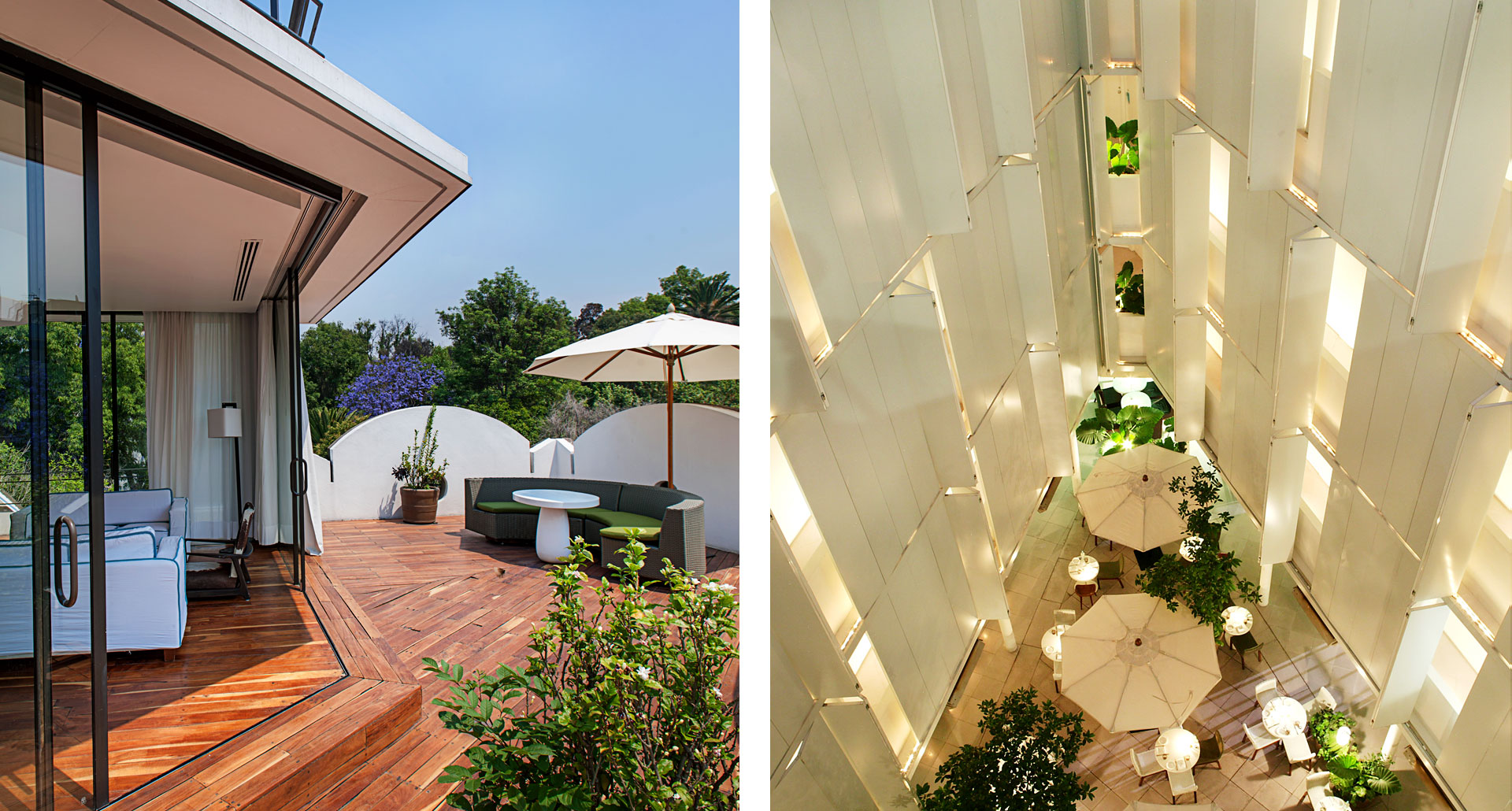 Anyone who still thinks of Mexico City as a polluted, congested urban dystopia hasn’t spent much time in La Condesa, the district that lends the Condesa DF its name. Here the wide avenues are lined with trees, which along with the Art Nouveau architecture resembles Paris more than it does the neighboring Centro Histórico. 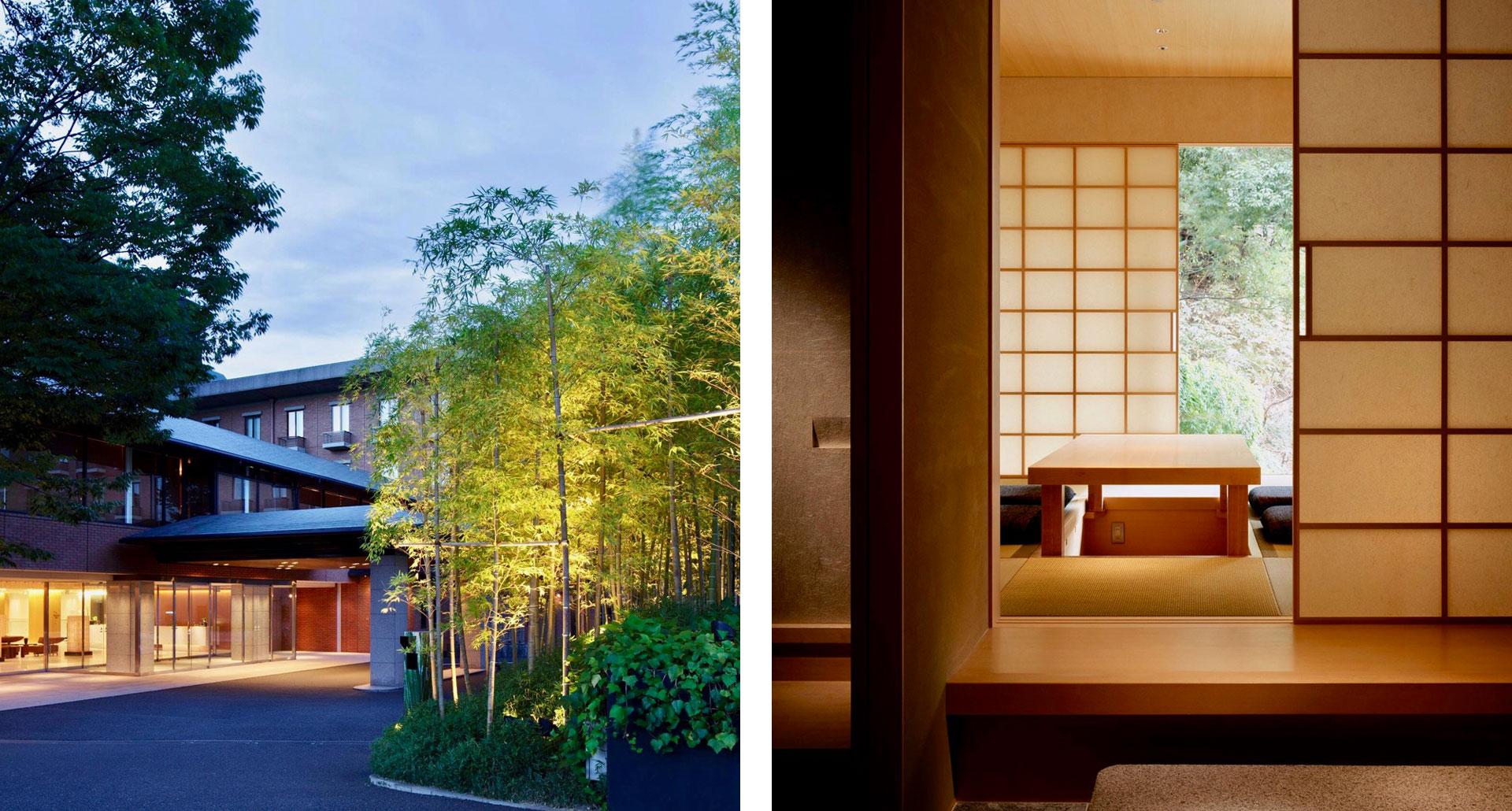 Here’s a hotel that forces you to dispense with a couple of easy generalizations. The first is the idea that the big chains guarantee a dull experience — not a bad rule of thumb but one with many, many exceptions. And the second is the idea that in Japan, Tokyo is the center of all that’s modern and forward-thinking while Kyoto remains frozen in the feudal past. Again, true enough, to a point — but as the Hyatt Regency Kyoto proves, it’s a bit more complicated than that. 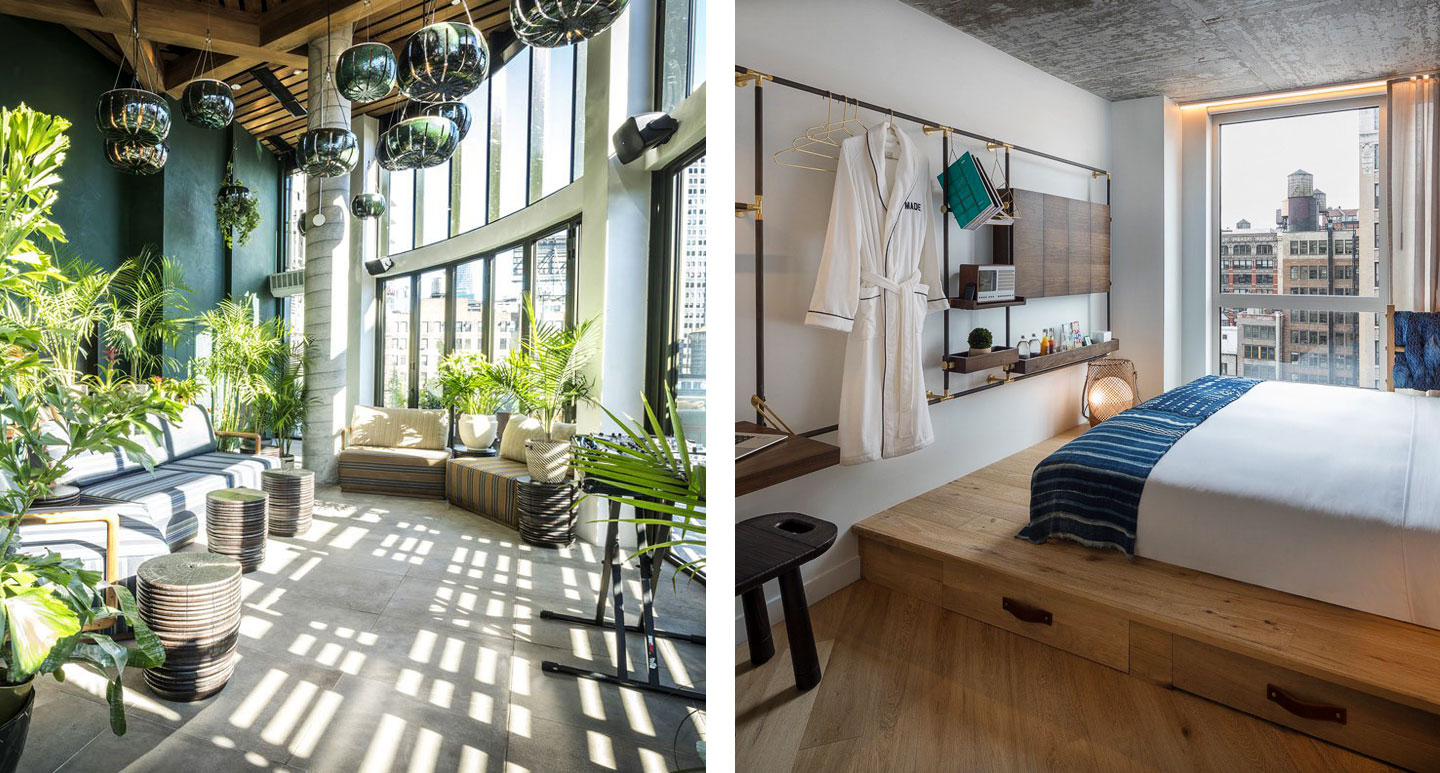 Here’s a hotel that plays against type in NoMad, a neighborhood that’s heavy with historical associations. While many Manhattan hotels are still aiming for a sort of upper-crust prewar atmosphere, MADE Hotel looks like something straight out of present-day Brooklyn. And with its minimalist décor, modernist design, modular fixtures, and unapologetically unfinished surfaces, its rooms look right up to date – like the Williamsburg loft apartment of your design-magazine dreams. 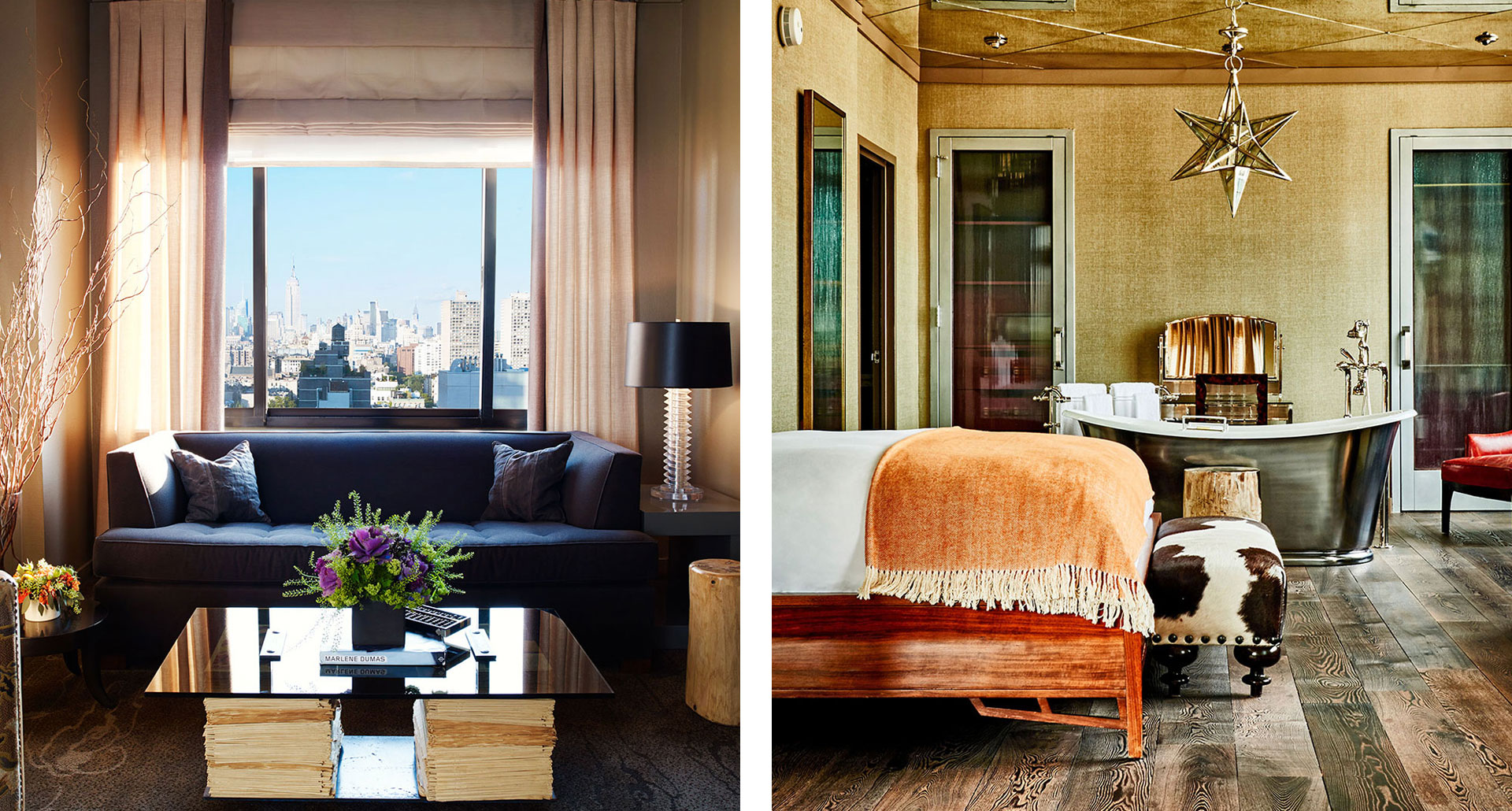 On the outside, with its cheery pink brick facade, the SoHo Grand resembles a brand-new shopping complex. But inside is a different story. Cast iron dogs stand guard at industrial design central — square lights, molded concrete walls, a coffee table the size of a grand piano. There’s mesh wire glass everywhere, including on the writing desks in the rooms. The floors are the same stuff you see on New York sidewalks — corrugated steel for the elevators, and cast iron and glass for the stairs. 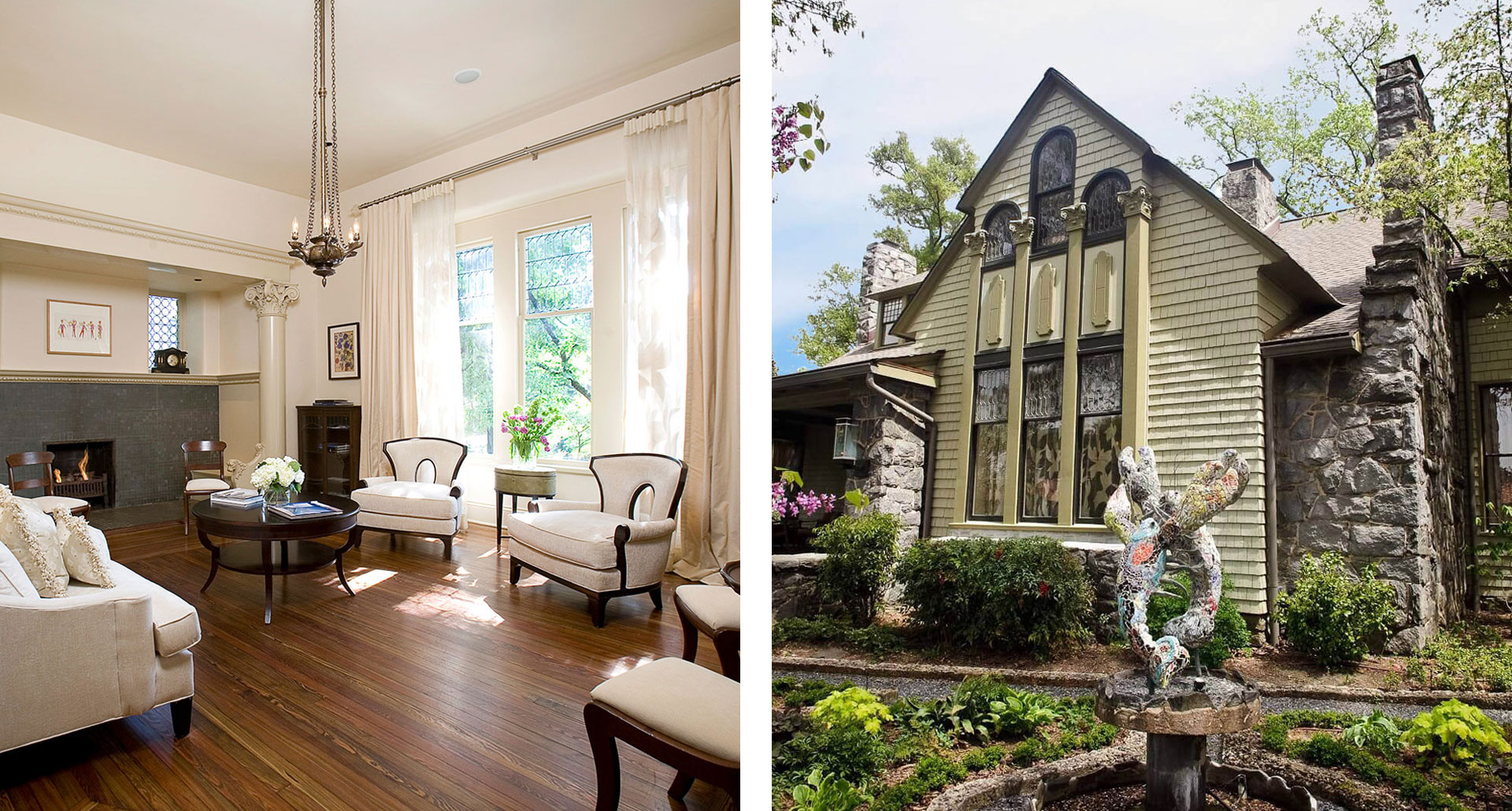 We’ve nothing against bed and breakfasts per se; they’re not simply small hotels, but something else entirely. Occasionally, though, we come across one that’s extraordinary enough that we’re forced to take notice, and this is one of those times. Atlanta in general does oversized nouveau riche as well as anyone, but Stonehurst Place is proof that they’ve still got a flair for the classic as well. 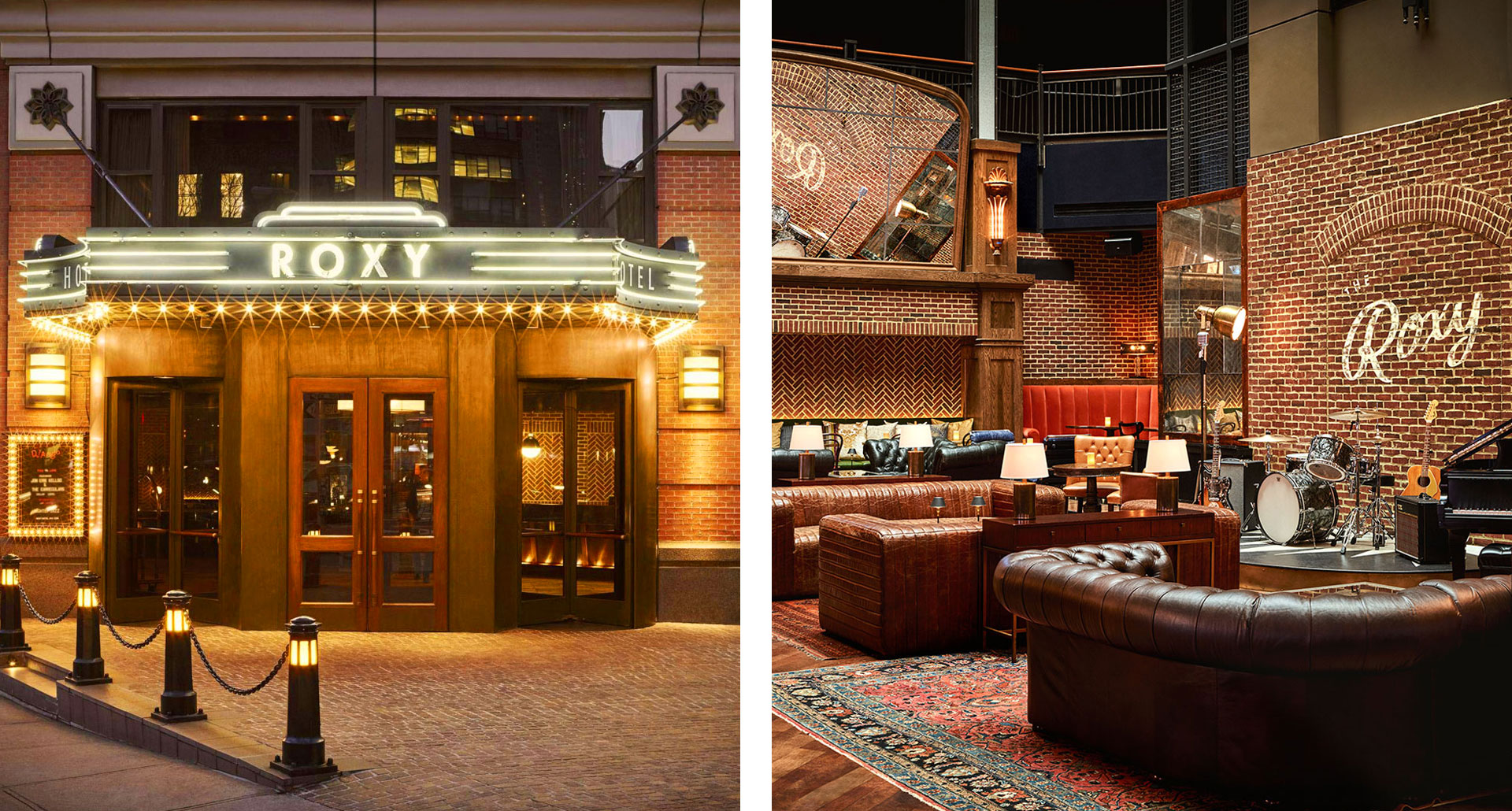 Tribeca is one of Manhattan’s oddest blends, a district mixing the arty downtown cool of Soho with the big-money sheen of the financial district, the spot where 19th-century cobblestones meet sleek industrial architecture, with a dash of bright light courtesy of the sun going down over the Hudson (not to mention several of New York’s best restaurants). Perfectly exemplifying this blend of high gloss and arty edge is the Roxy Hotel Tribeca. 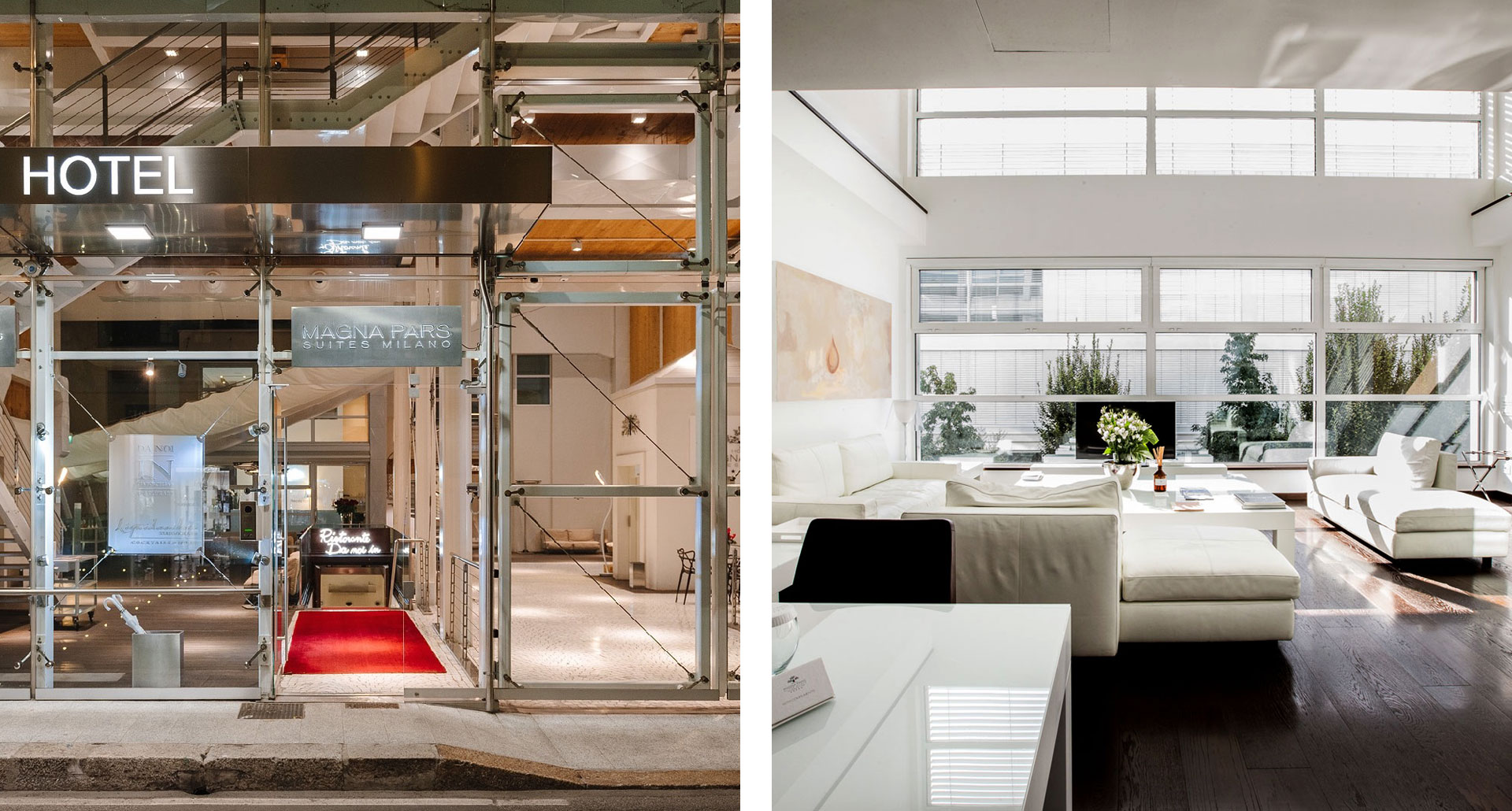 Milan’s hotel scene is a place where hospitality and retail go comfortably hand in hand. There are hotels owned by fashion houses, by jewelers, and even one hotel that’s literally located inside a high-end mall. So Magna Pars Suites, a gleaming all-suite hotel on Via Forcella, is not without precedent: it’s owned by Milan’s Martone family of perfumers. For most of the past century the building was the family’s “essences factory,” but like Milan itself, it’s gotten quite a facelift since its industrial days. 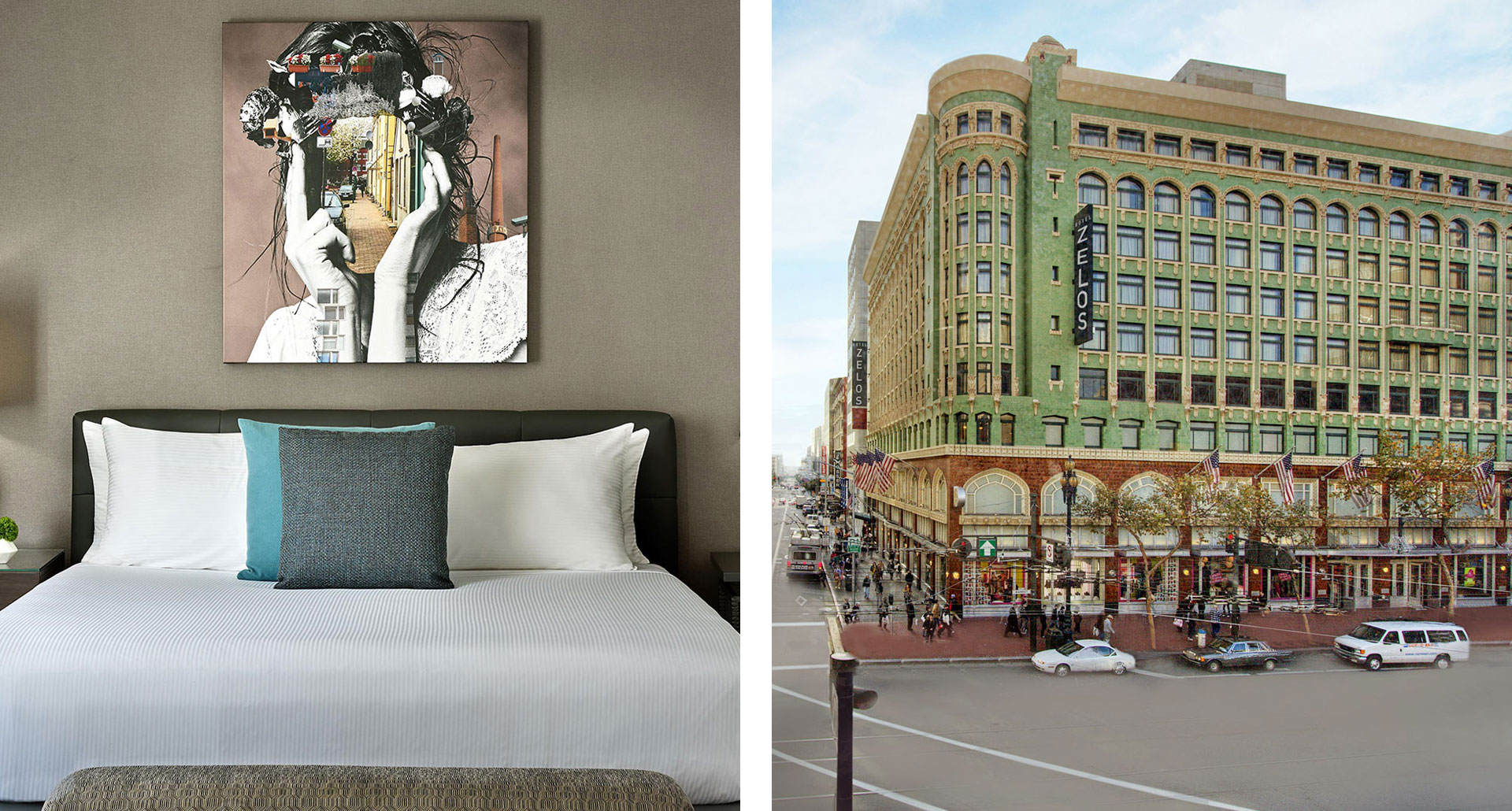 There’s an argument to be made that this is San Francisco’s most central hotel, located as it is at 4th and Market, between the retail center of Union Square and the tech district of SoMa, and a short distance to Chinatown and the Financial District. Here, what was formerly the Hotel Palomar has been given a thorough style upgrade by the Viceroy group, and along with it a new name: Hotel Zelos San Francisco.