Enjoy our Top Ten Tablet Plus hotels for the week of November 25. 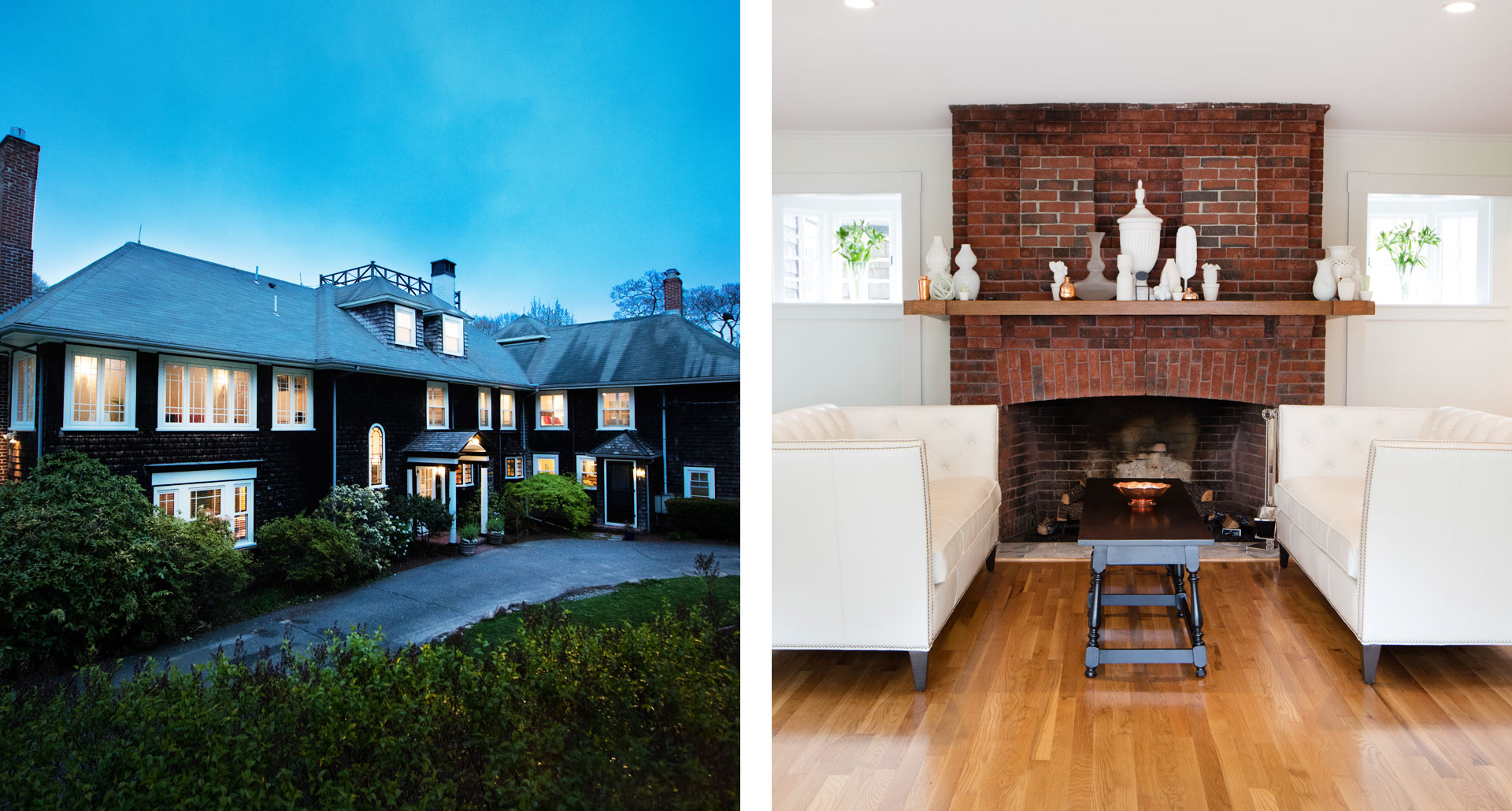 Names like Nobnocket are the surest sign you’re in New England, and the Nobnocket Boutique Inn isn’t about to let you forget it. Located on Martha’s Vineyard, a short walk uphill from the dock on a on a bluff above Vineyard Haven, this 1908 Arts & Crafts-style house was once the home of the island’s doctor. The new owners overhauled the place, knocking down walls to create open living areas, polishing the hardwood floors, installing large picture windows to maximize the sweeping garden views. Floral wallpaper and bric-a-brac, be gone: these days, the Nobnocket is practically a showcase of modern design and art, featuring works by the likes of Marcel Wanders and Philippe Starck. 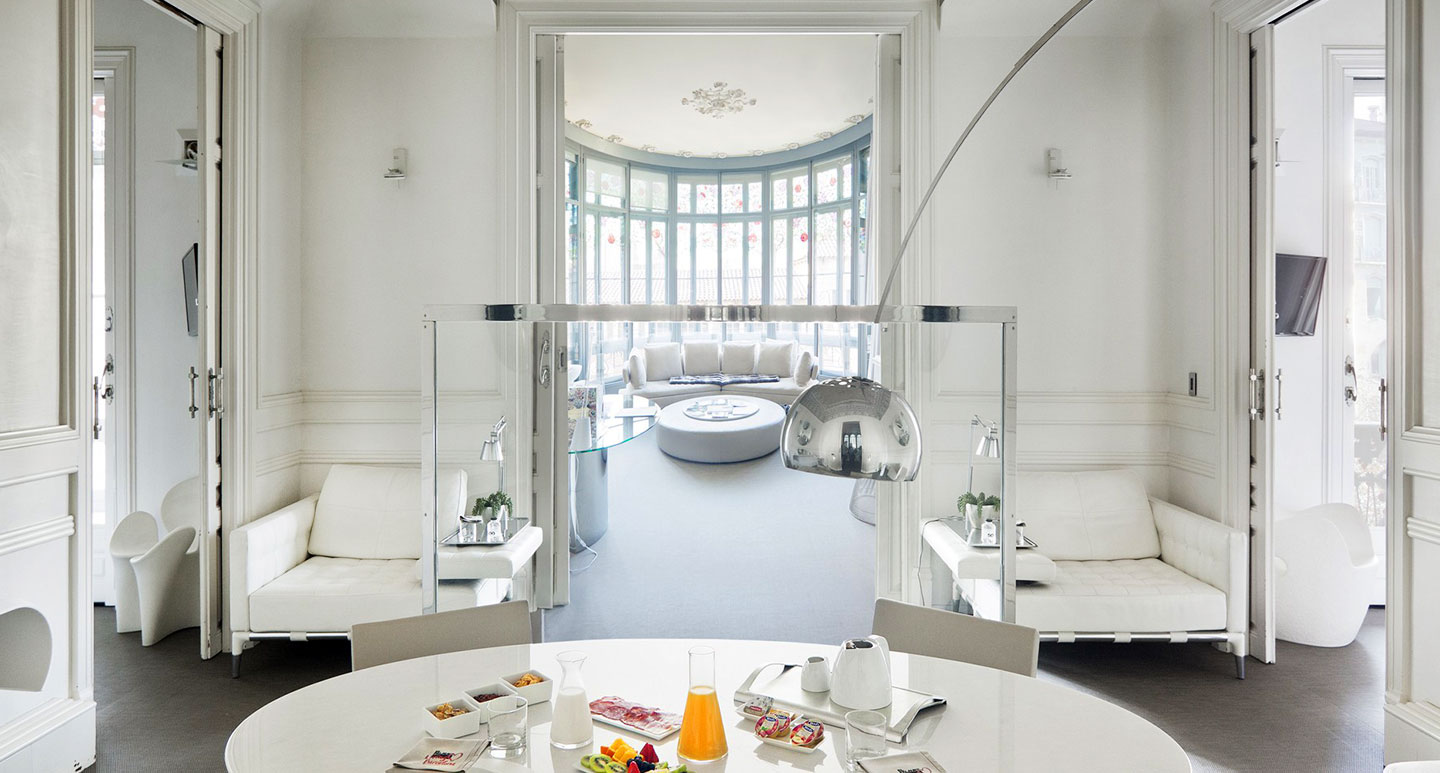 It’s a hotel, but only just — El Palauet Living’s six suites are all two-bedrooms, and they do enough long-stay business to quote their rates by the week. That’s about how long it takes to exhaustively shop the Passeig de Gràcia, and that’s got to be more than just a coincidence. Anyway it’s hard to imagine having your first look around this place and not wanting to inquire about extending your stay. 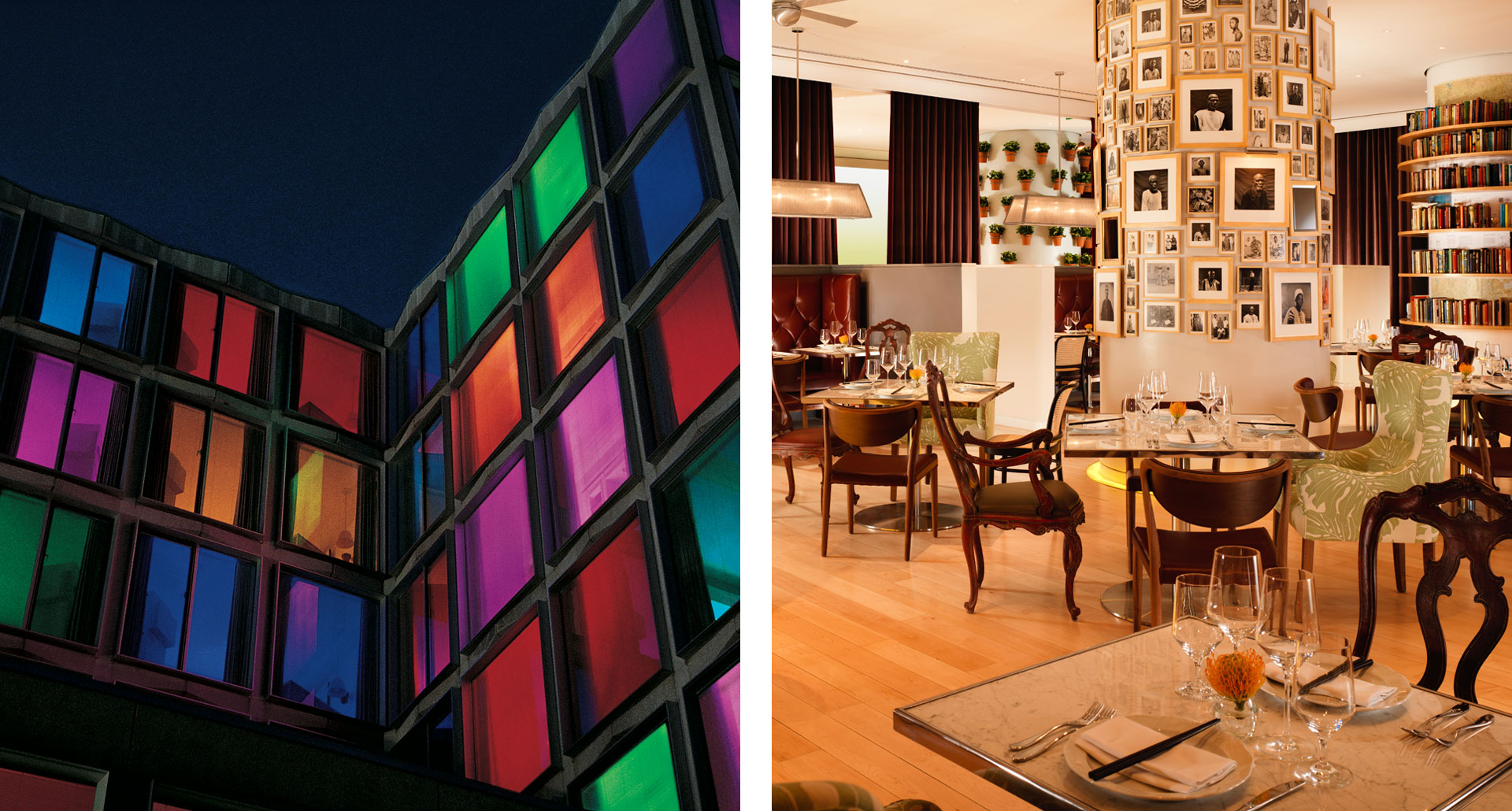 St Martins Lane has set the bar for quite some time in London’s boutique scene, showcasing Philippe Starck’s trademark irreverence in stark contrast to the English urban-country-house norm. Tim Andreas built on that ethos — a potent blend of zany, baroque, and minimalist elements —with his interiors, an update on the tried-and-true “urban resort” theme. 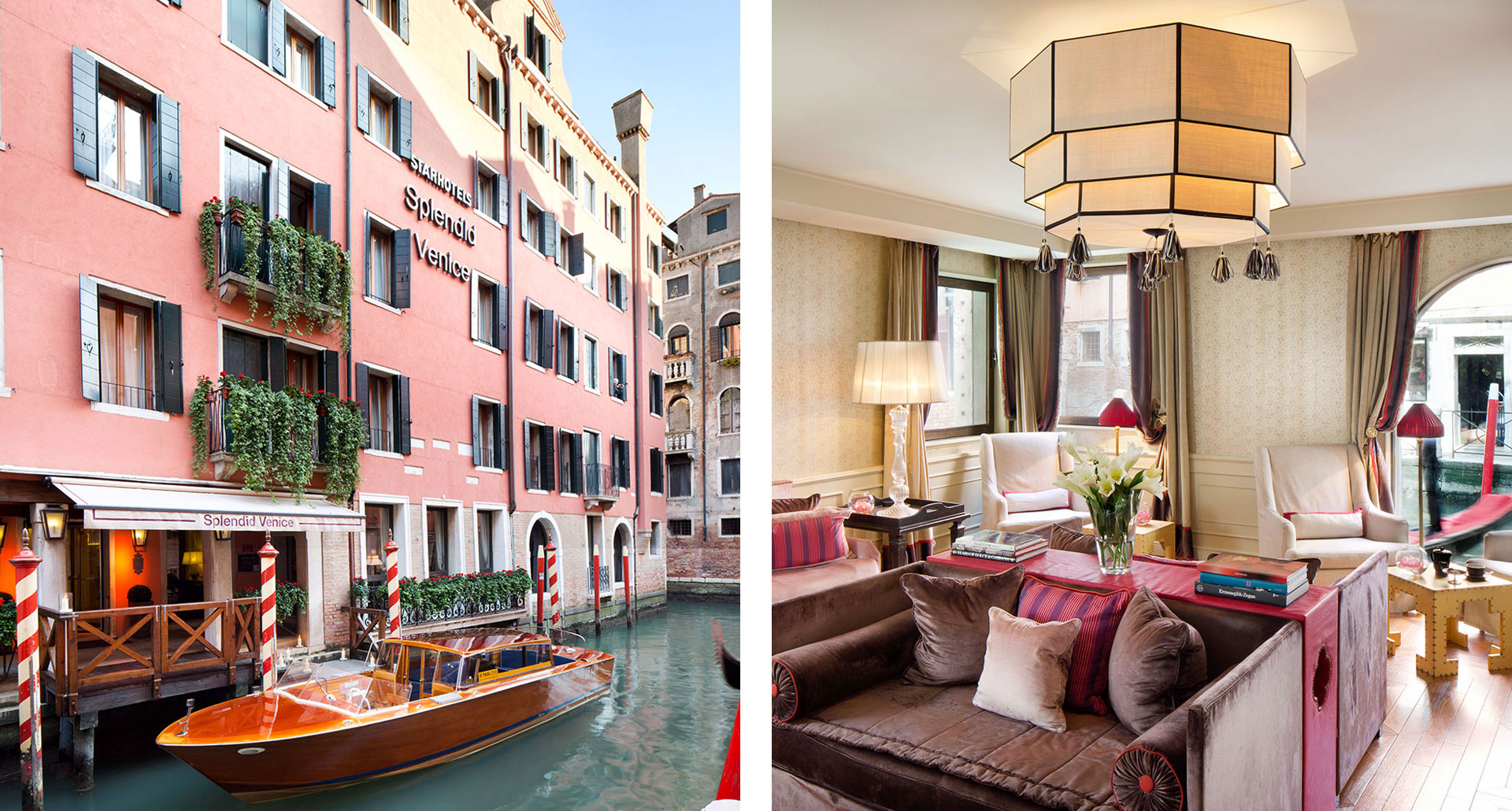 The relationship between Splendid Venice, the hotel, and splendid Venice, the city, goes back a long time. An inn was first built on this site in the sixteenth century, and the property has been almost continuously in use as hotel since, although a 21st-century renovation eradicated any traces of mustiness or fustiness in the accommodations. Can’t argue with the decision to keep the rosy façade with casement windows — splendid, indeed. 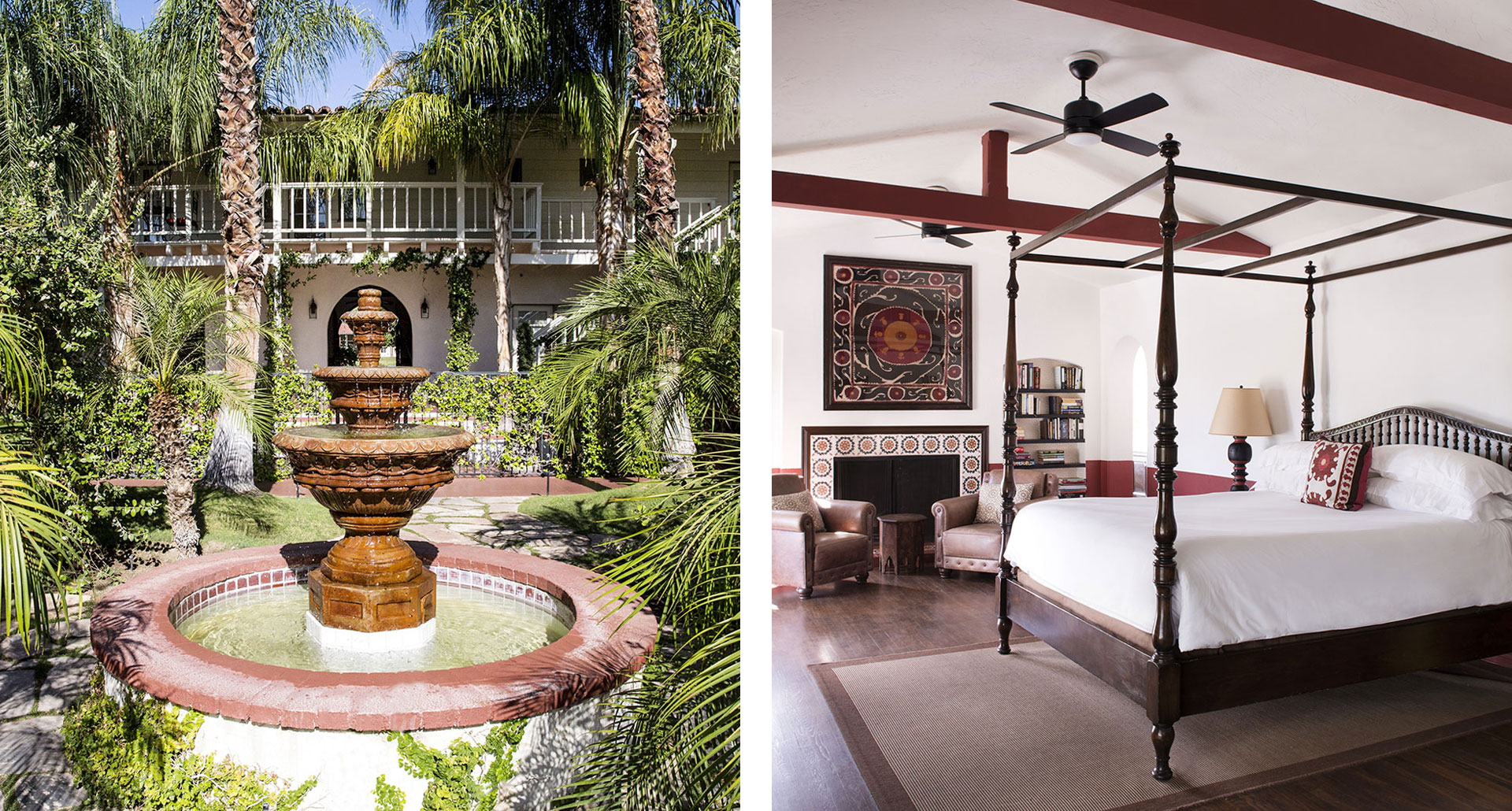 It’s been a long journey for the Spanish Colonial gem that is the Colony Palms Hotel. Founded in 1936 by the (alleged) mobster Al Wertheimer, it became a favorite of the Hollywood in-crowd before they eventually decamped for more distant destinations. But now, a couple of name changes later, the refurbished and redesigned Colony Palms is once again a luxe and stylish destination, one that consciously recalls the glamour of the golden age of Hollywood — and Palm Springs — even as it attracts a new generation of boutique-hotel travelers. 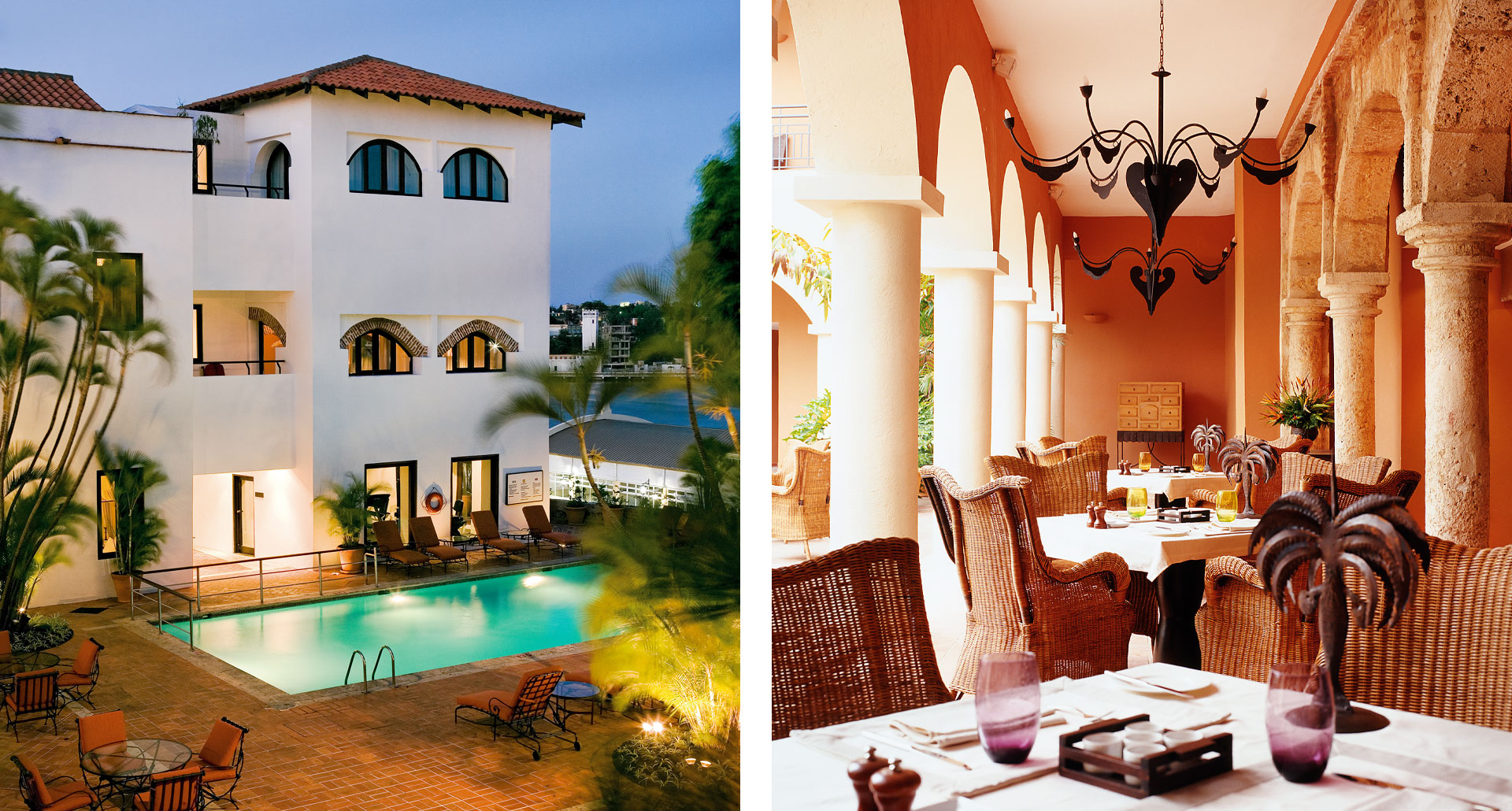 Hotel history in the Americas doesn’t get much deeper than this; Hodelpa Nicolás de Ovando occupies three stone houses dating back to the year 1502, on Santo Domingo’s Calle las Damas, the oldest paved road in the New World. As you might imagine, it’s been updated over the years, and today combines colonial-era atmosphere with contemporary luxury-hotel comforts — some rooms contain original stone walls or rehabilitated timber ceilings, and all feature tile floors and other stylistic nods to the building’s heritage. 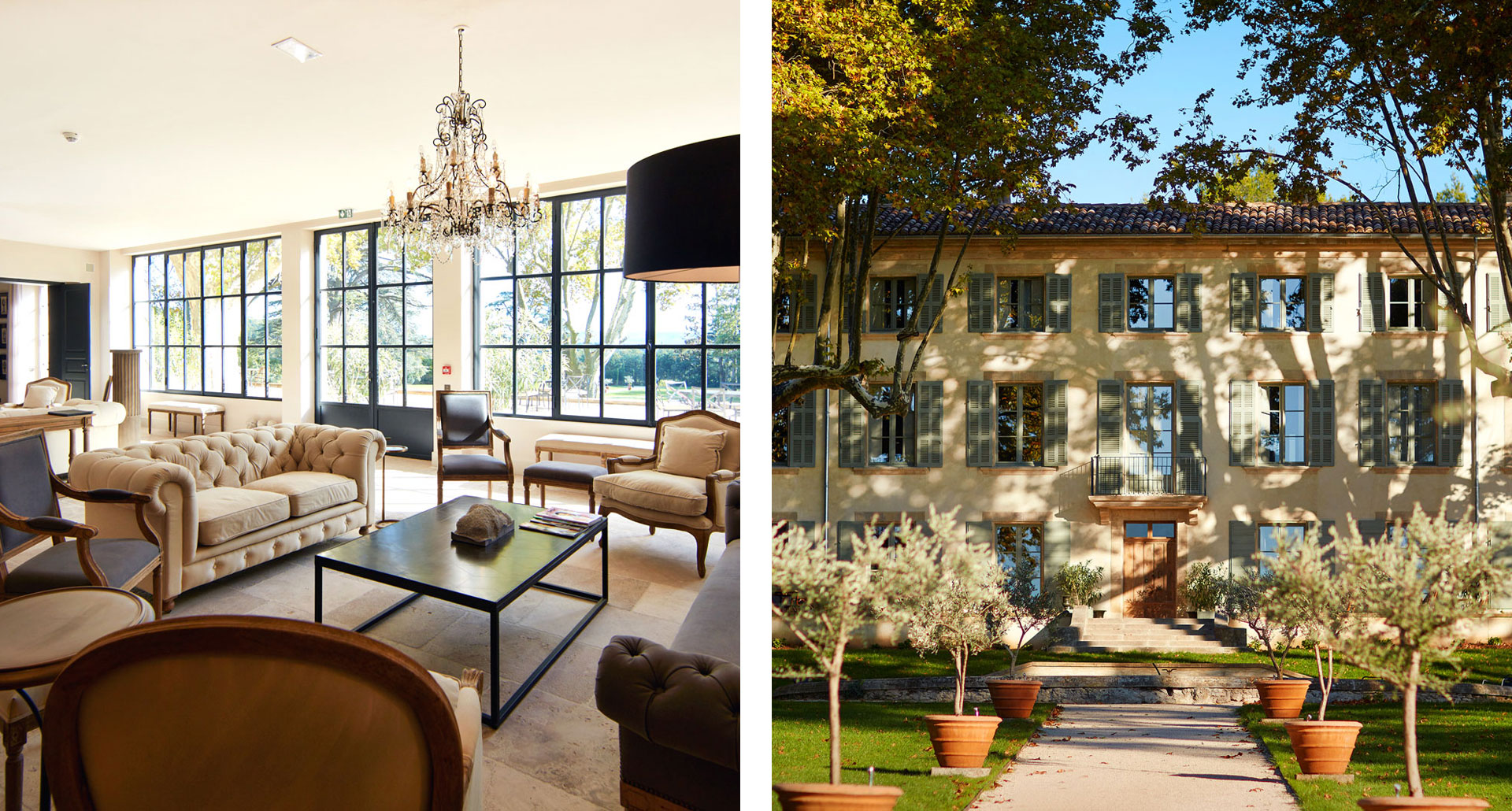 As a house, the Domaine de Fontenille, in Provence’s Luberon Valley, dates back to the eighteenth century, and the estate goes all the way back to 1638. But in its current incarnation as a luxury hotel, it’s more or less brand new. This might just be the best possible case for hotel guests, as you soak in an abundance of historical atmosphere, even as you benefit from a thoroughly modern approach to hospitality — in a new hotel, there’s no such thing as “we’ve always done it this way.” 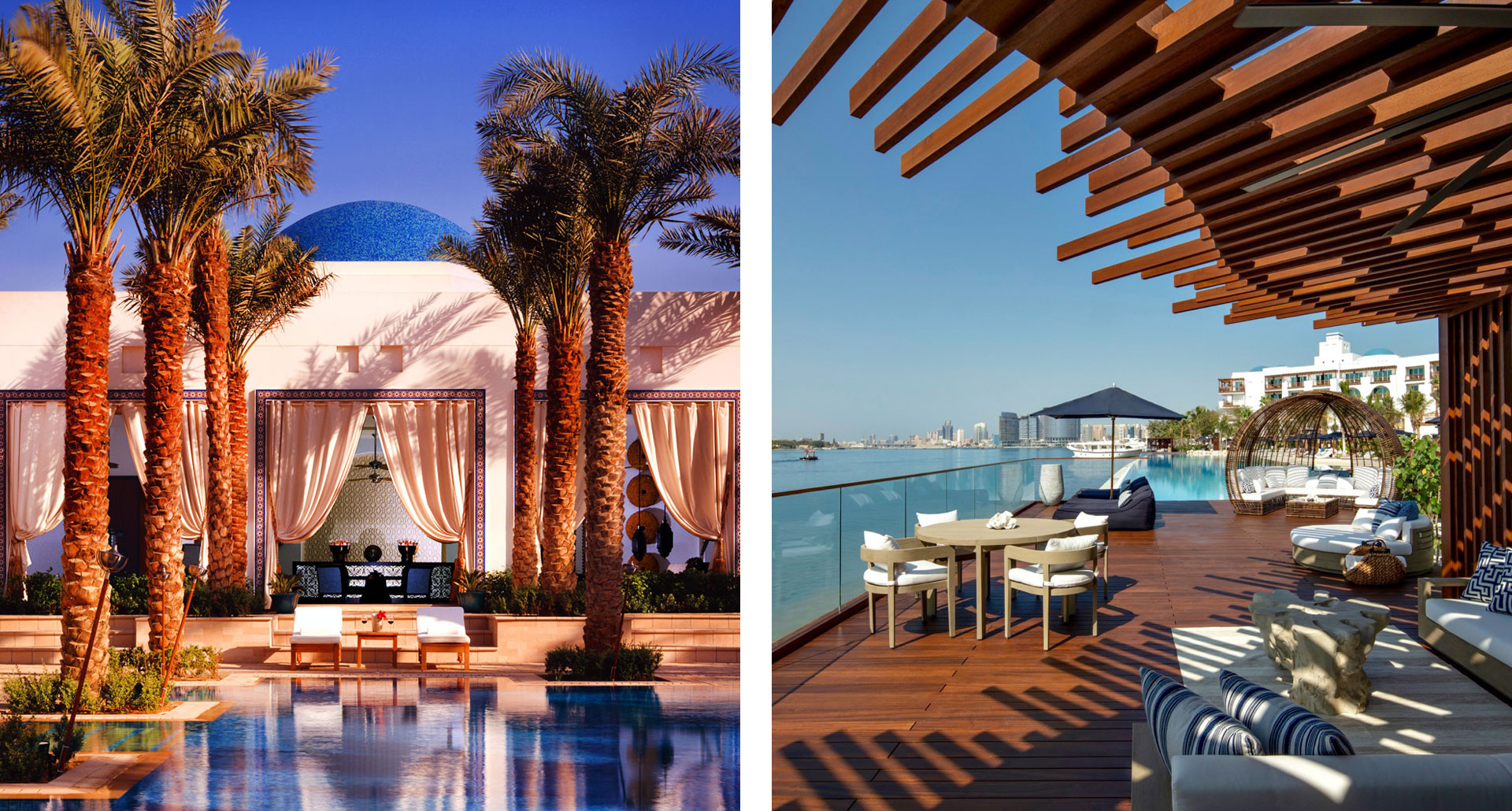 We’d love to tell you about little independently-owned well-kept secret of a place in Dubai. But it’s not that sort of place. So instead we’ll tell you about the sort of thing they do do well there. Now Park Hyatt is no mom-and-pop operation, but for a top-flight luxury chain they do tend to be extremely tasteful, which, for reasons it would be impolite to enumerate, is very much an asset in this town. 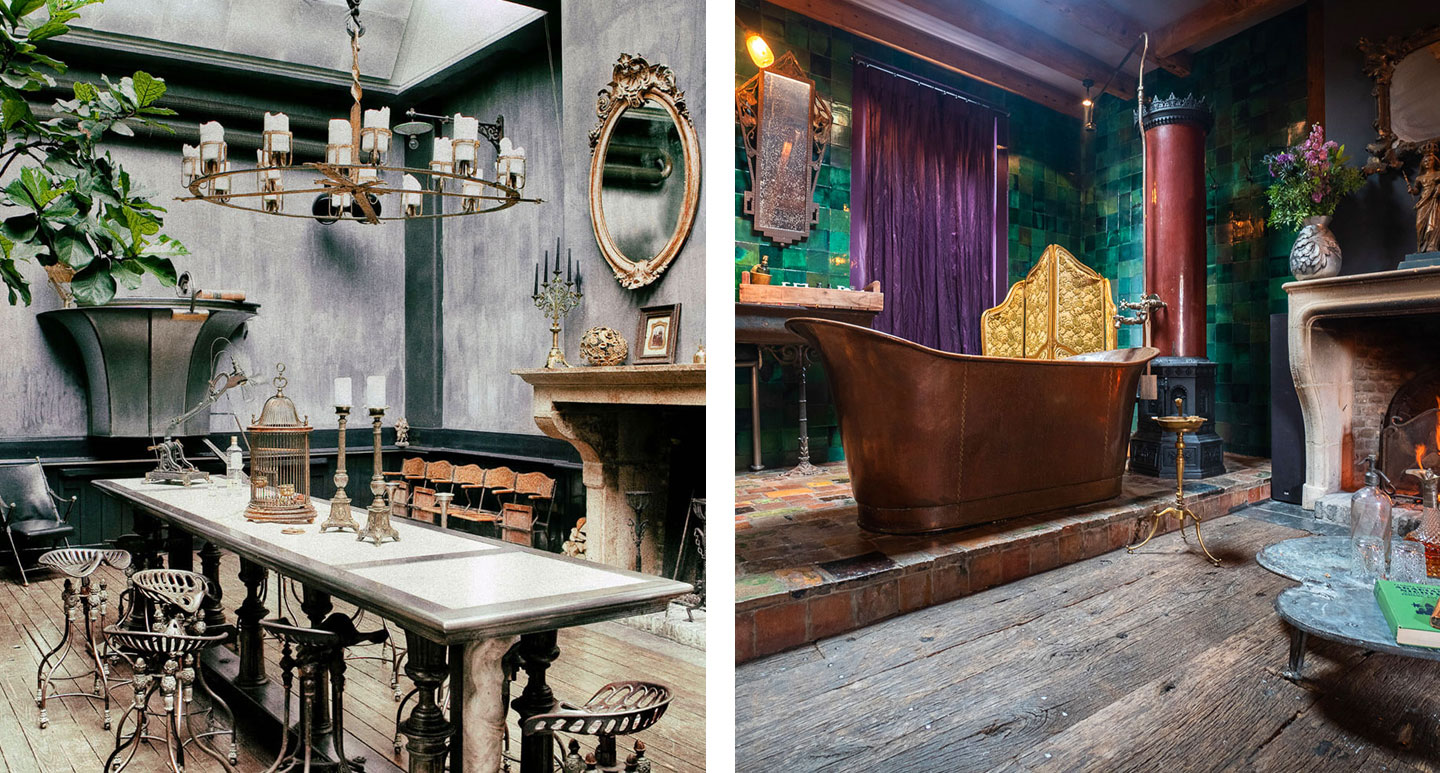 We tend to believe that small is beautiful, in hotels at least. And if that’s true, then logically it follows that Mayer Manor is pretty much as beautiful as a hotel can get. It’s that rarest of beasts, the one-room hotel — but to be perfectly fair, this particular hotel would be beautiful at any size. (And it’s since been joined by a second hotel under the Private Masions label, the Secret Chapel.) 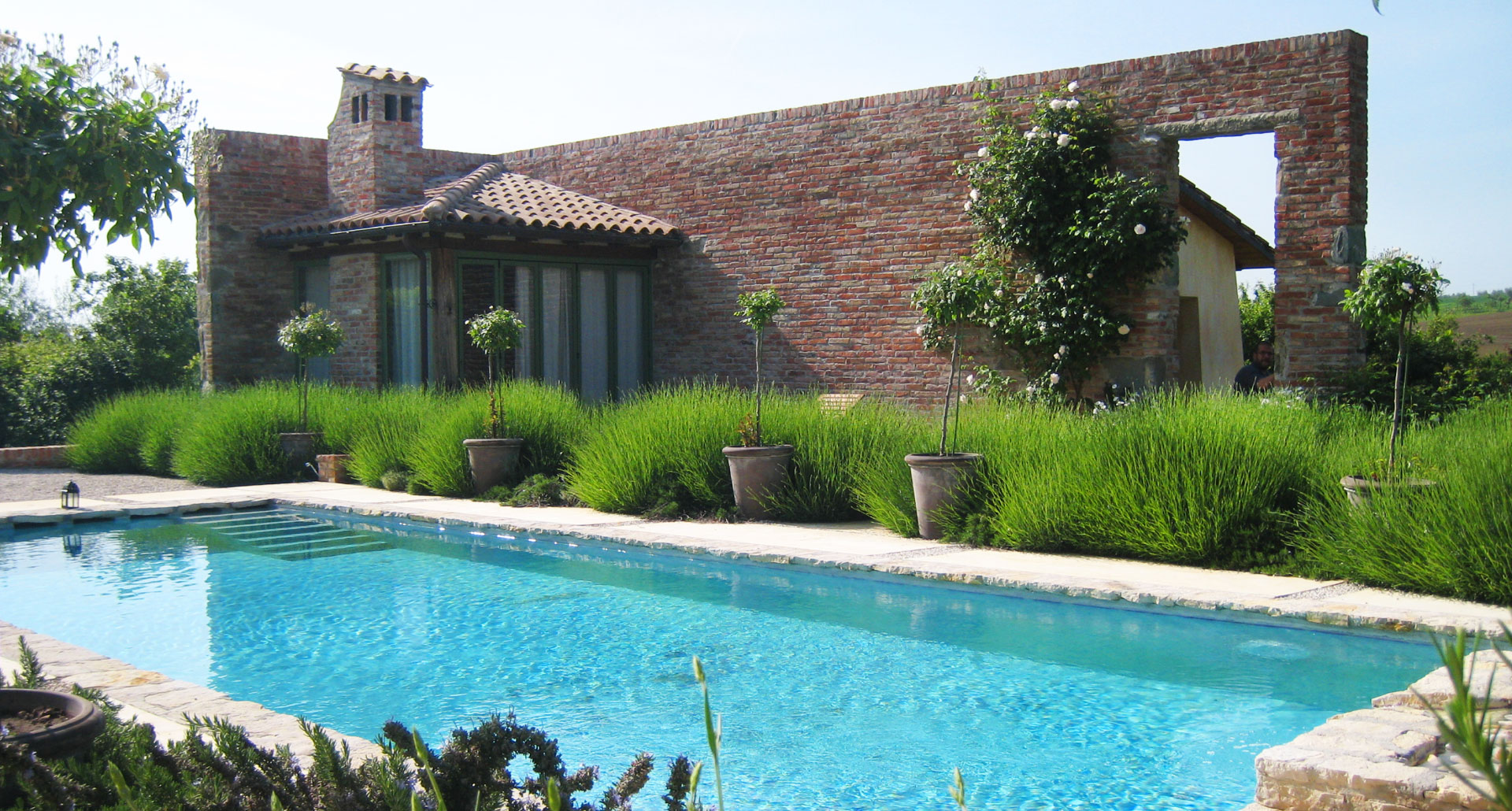 Villa Fontelunga is not at all the stereotypical Tuscan experience. This Padronale residence has been thoroughly redesigned, and is a charming blend of old and new, an sharp contrast to the wax-museum standard of frescoes-and-antiques Italian villa hotels.