It’s tougher than it looks — in every sense of the phrase — to pull off an interior that invites the double-take. And there’s a fascinating alchemy in making guests comfortable enough to be themselves, yet inspired enough to be their best selves. Looking good just feels great, after all. 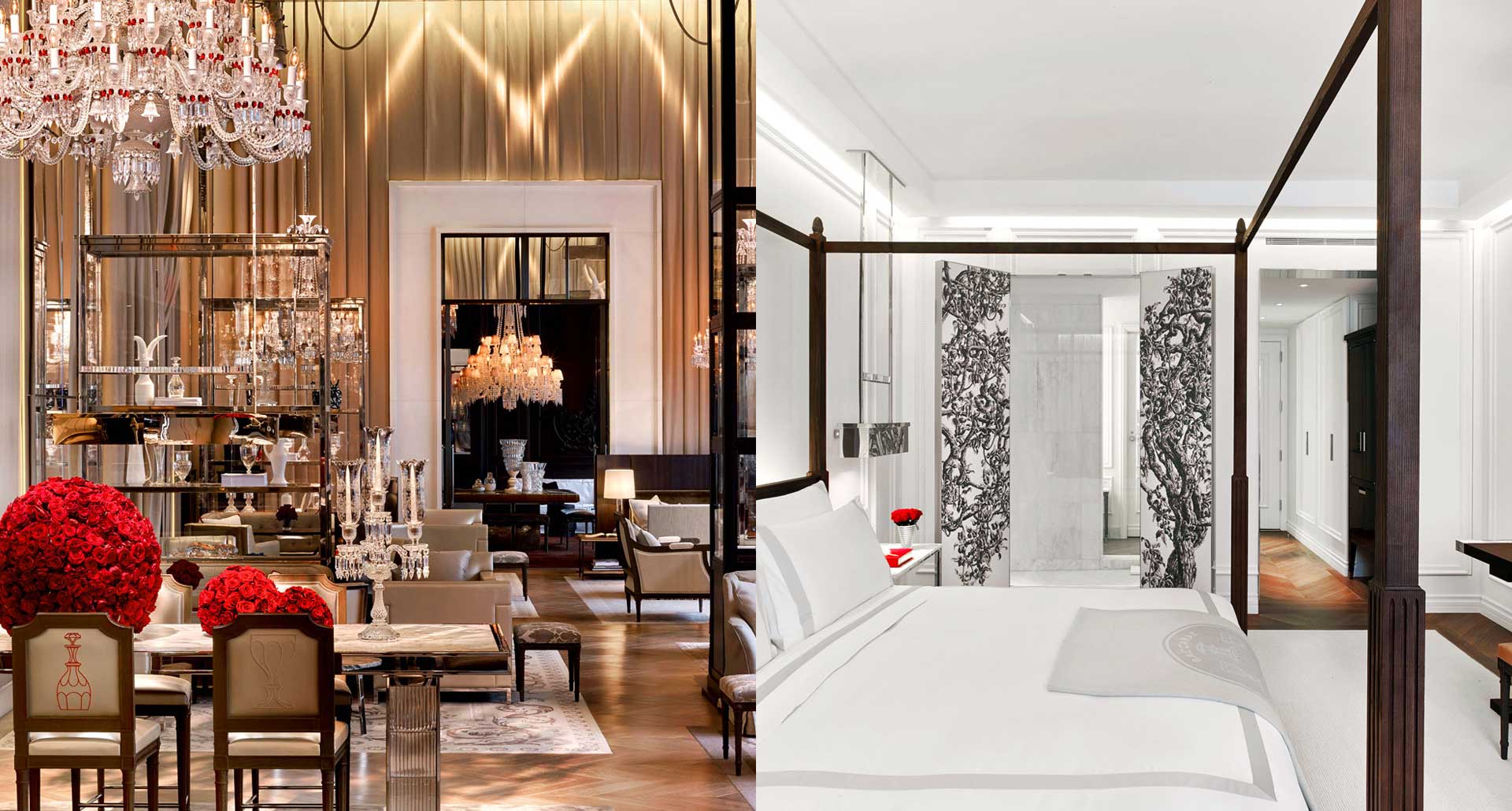 When a Parisian crystalmaker moves into a neighborhood, it’s safe to say that it hasn’t jumped the shark — even and especially if said neighborhood is Midtown Manhattan just south of Central Park. Suffice it to say that the accoutrements are designed to awe. Not even the toothbrush tumbler is humble. 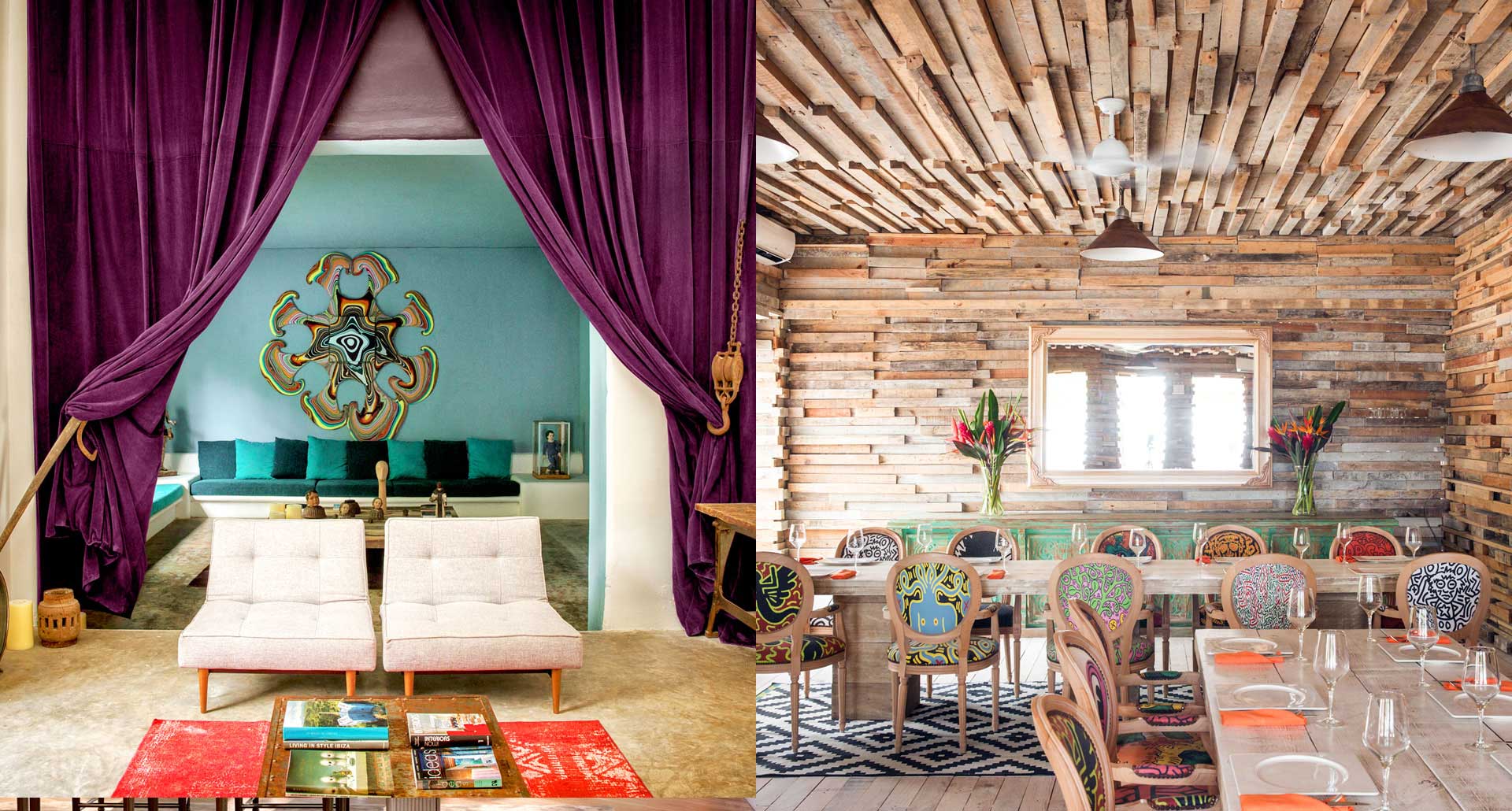 Beautiful bodies in beautiful environments — it can seem like an Instagram arms race. Certain locales are just predisposed to succeed, however, like this study in stucco and Keith Haring prints. We’re particularly taken with the contrast between eggshell plaster and rustic wood accents. 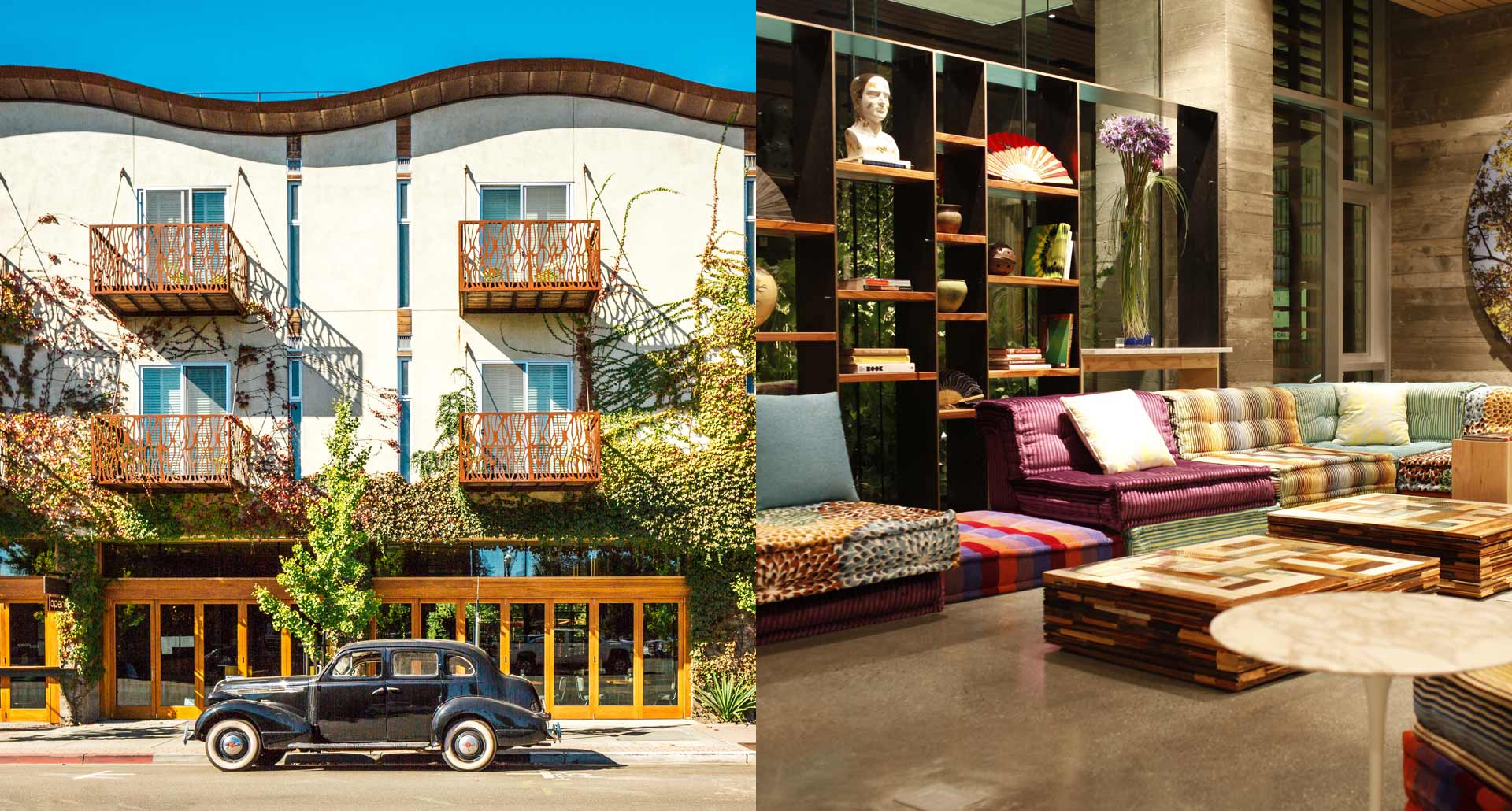 All aesthetics tend to stultify when subjected to single-minded (and -origin) pursuits such as Napa Valley’s. The idea, then, is to buck the reigning standard; this spunky sibling to Hotel Healdsburg does just that in a color-drenched, urban-rustic vocabulary courtesy of David Baker.

The Inn at Hastings Park 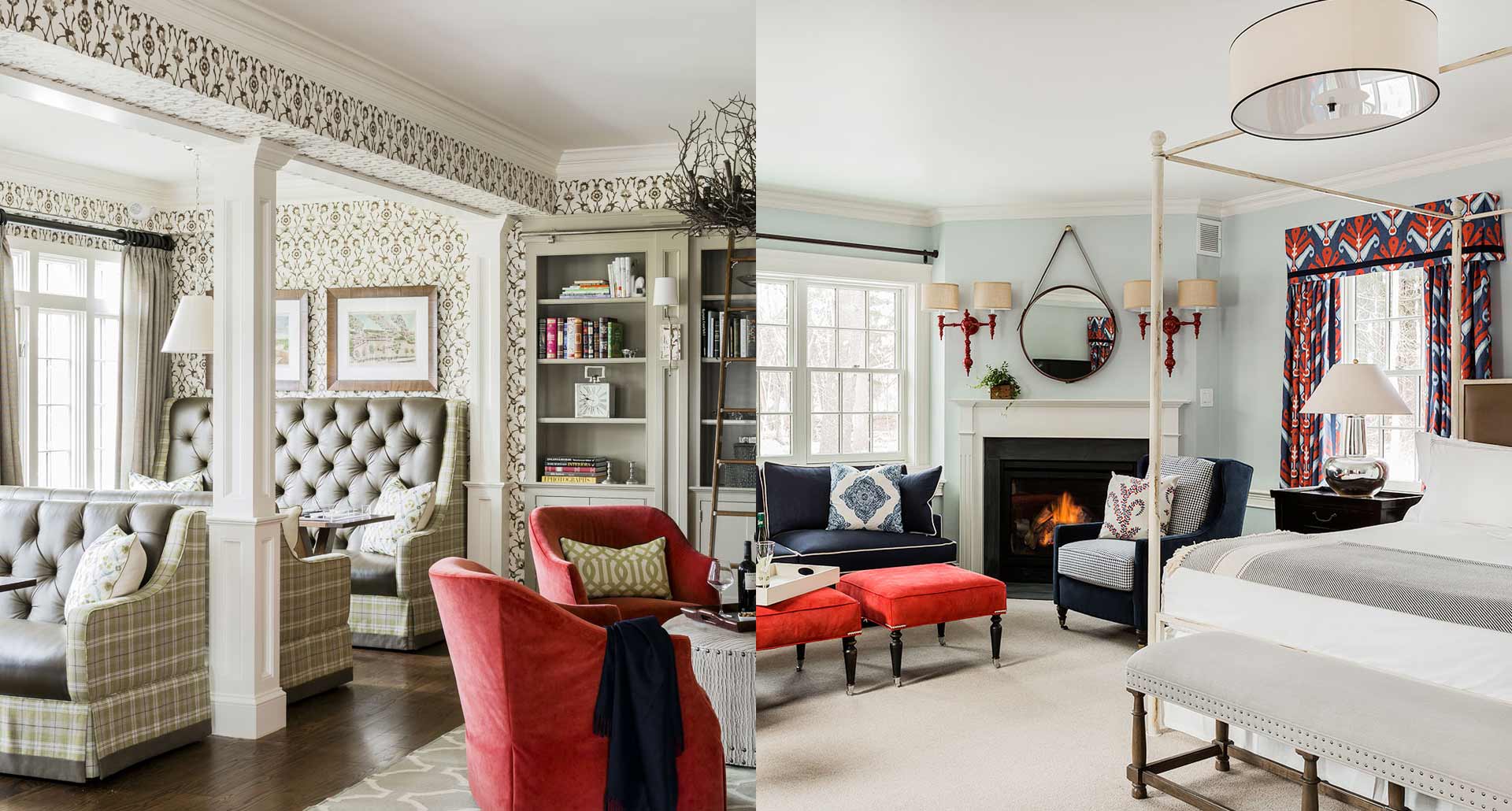 Some things never go out of style, as they say: a 19th-century fixture like this would be forgiven for coasting on the area’s Revolutionary and Transcendentalist credibility. Thankfully they try; hard not to fall in love with the picturesque spire, the artisan-renovated design scheme, and the bold patterns sprinkled liberally throughout. 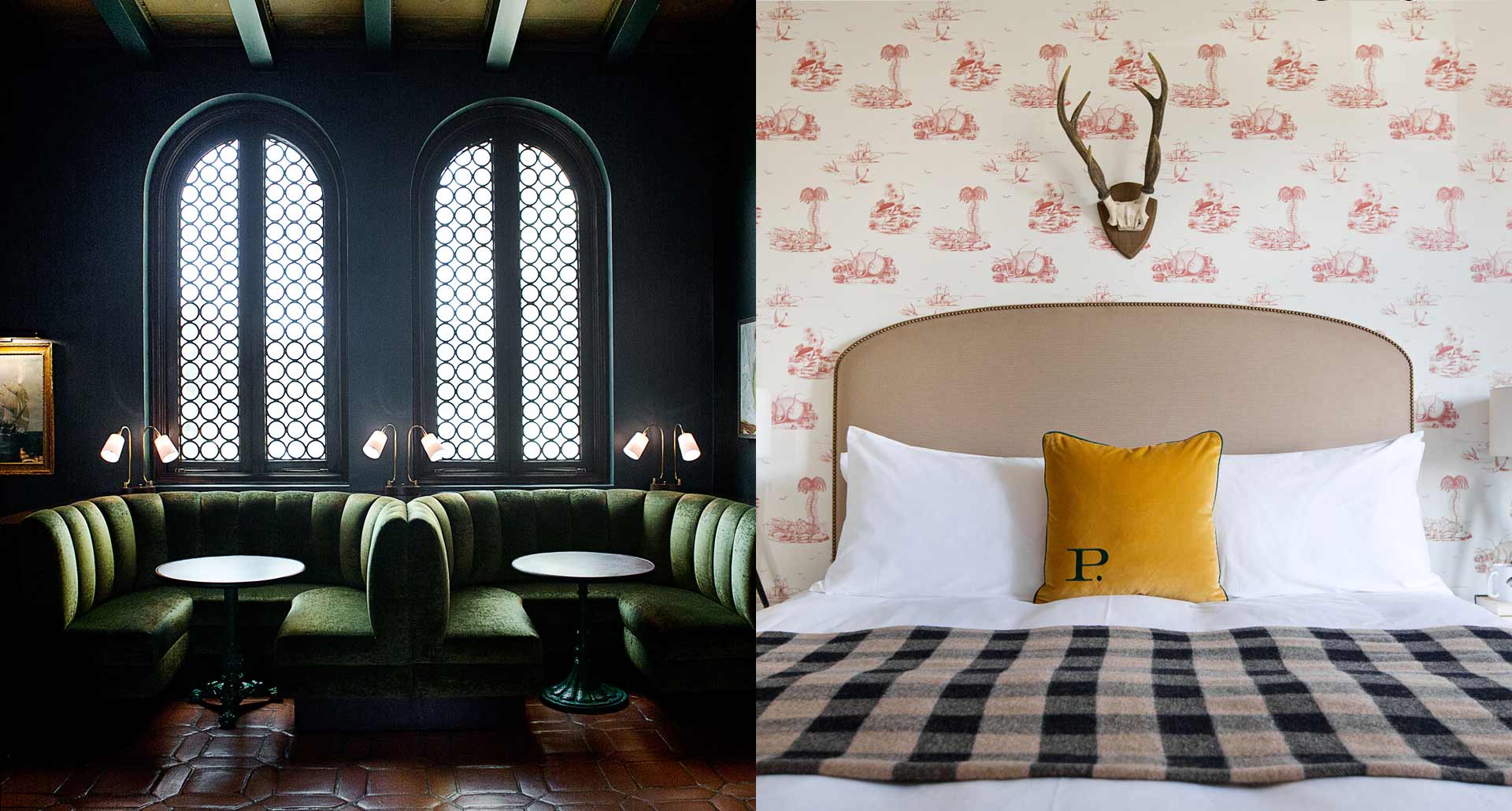 Tough to out-style the LA elites, we’ll be the first to admit, but you have a leg up when you’re working with a Roaring Twenties Mediterranean Revival masterpiece. The Pali group’s calculated approach helps immensely; their treatments in glass and tile evoke an earlier, headier, more dashing SoCal, and the Pacific’s close proximity certainly doesn’t hurt.

The Beekman, A Thompson Hotel 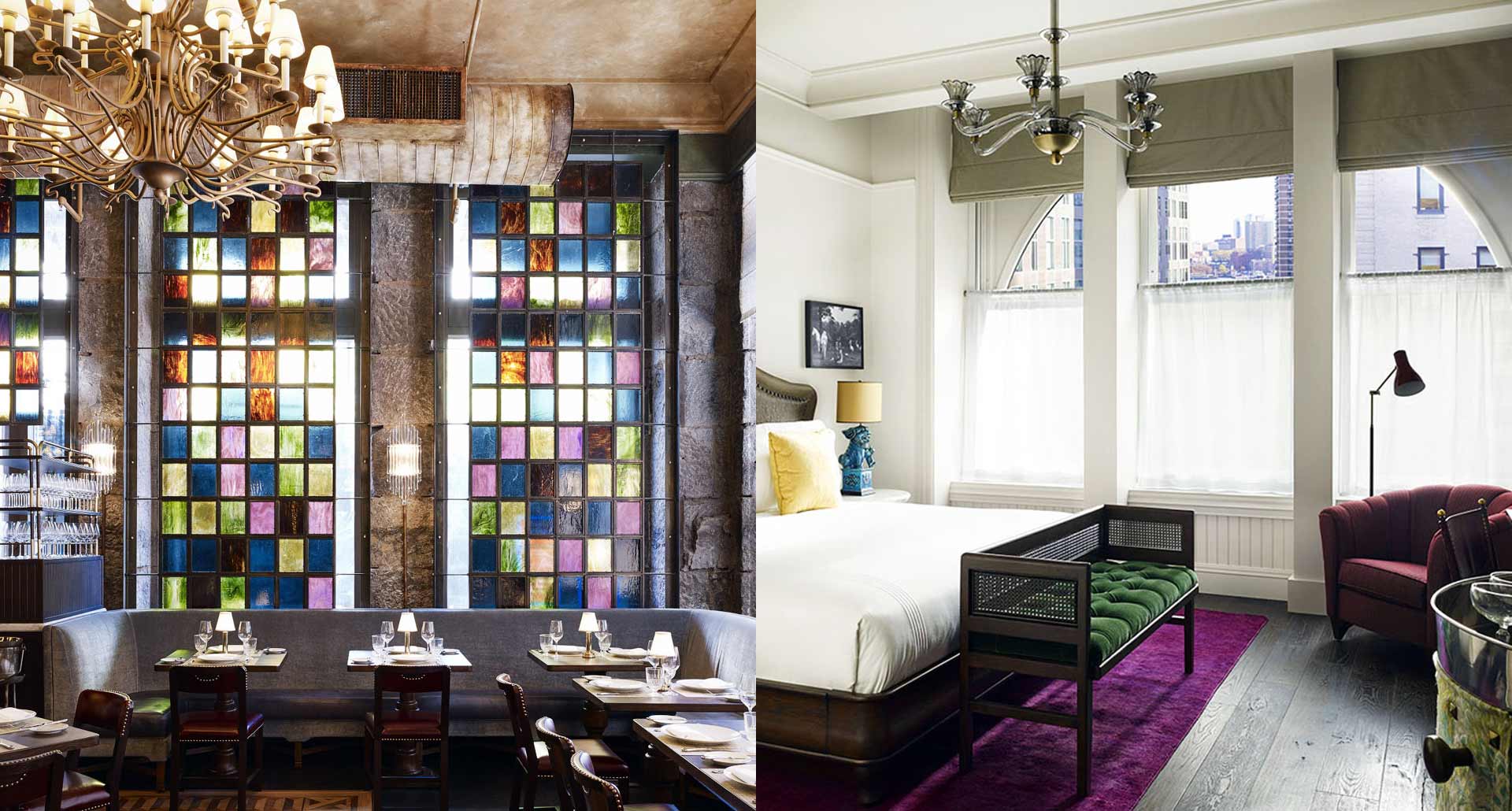 Beekman’s back and better for the wait. They simply don’t make proto-skyscrapers like this anymore — that’s nine stories of terraced red brick, for those counting along at home — and the signature central atrium just drives the point even further home. Not that home springs to mind; this is large living in the center of it all, and don’t you forget it. 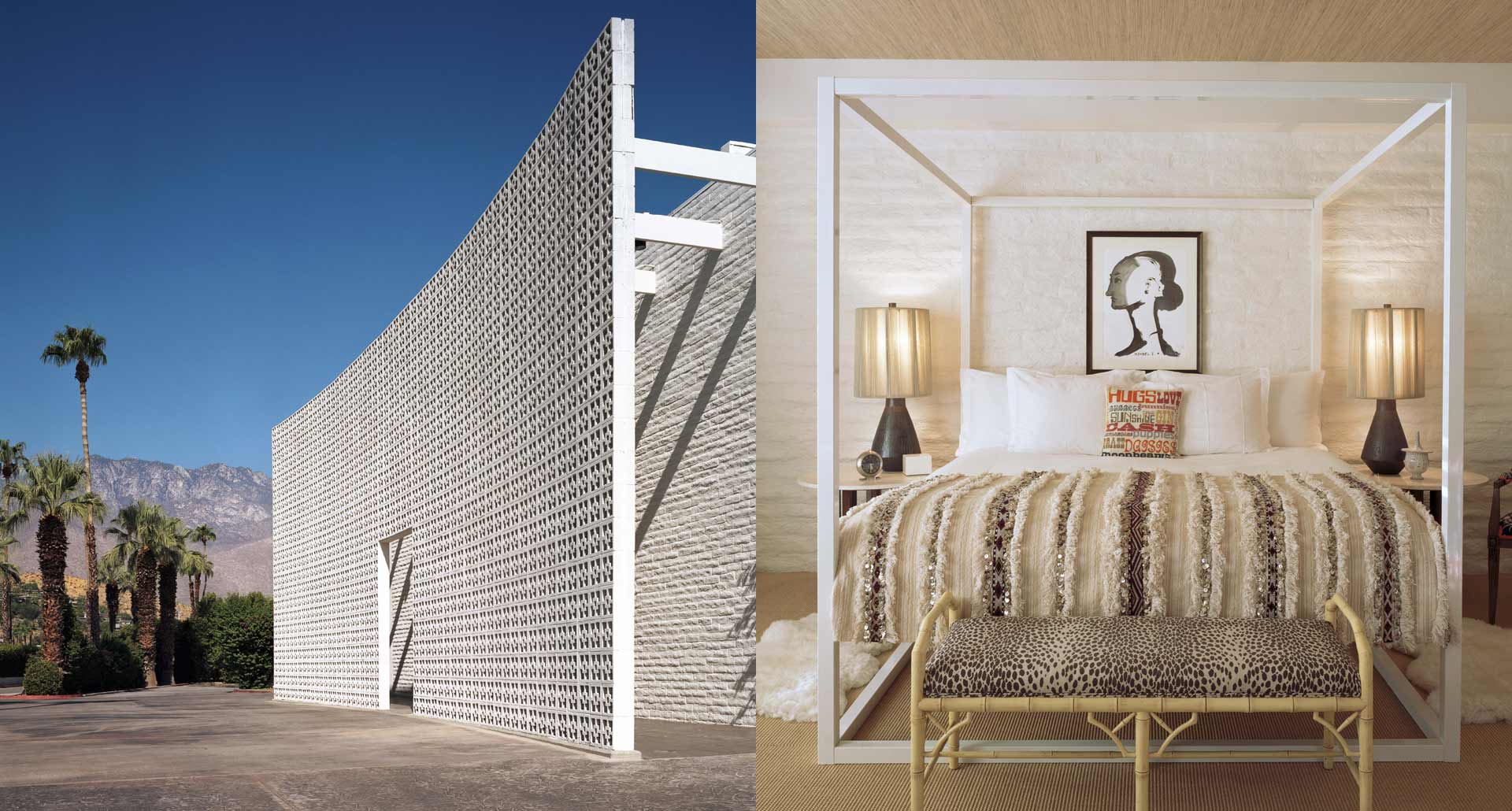 Gene and Merv may be gone, but their freewheeling spirit lives on with just enough contemporary panache to bring out the best in the region’s Rat Pack backstory. Poolside glamour is back in a big way — as are its cousins, lawn games and high-society cocktails — and this may very well capture the idiom par excellence, a neo-Mod magnum opus. 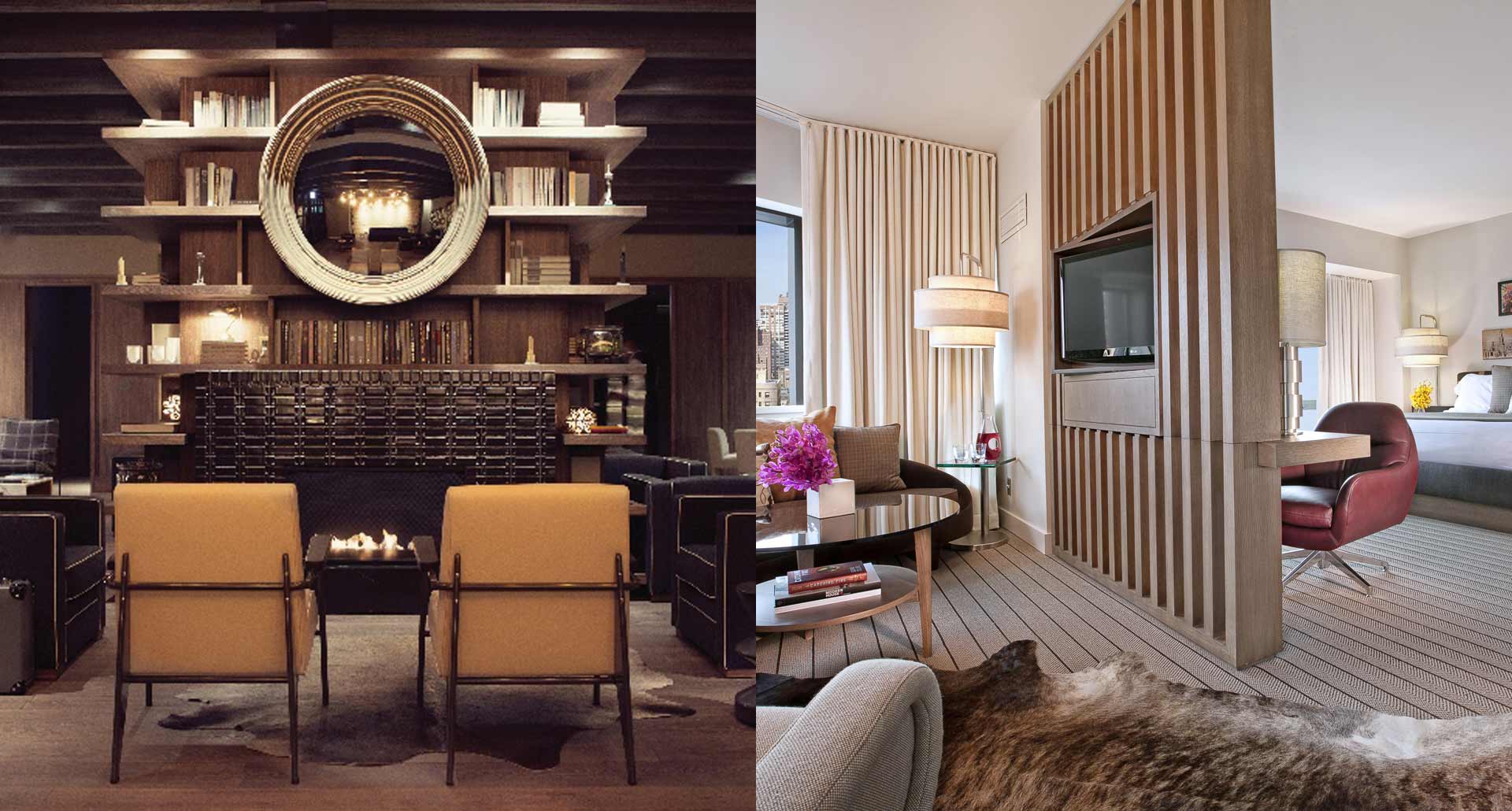 Alright, so we’re partial to Thompson projects, but can you blame us? The tailored décor expertly summons the best of Chicago’s joie de vivre, handsome and witty and spontaneously dapper all at once. The rooms, too: their confident, spacious treatments amplify the effects of statement-making furnishings many times over. 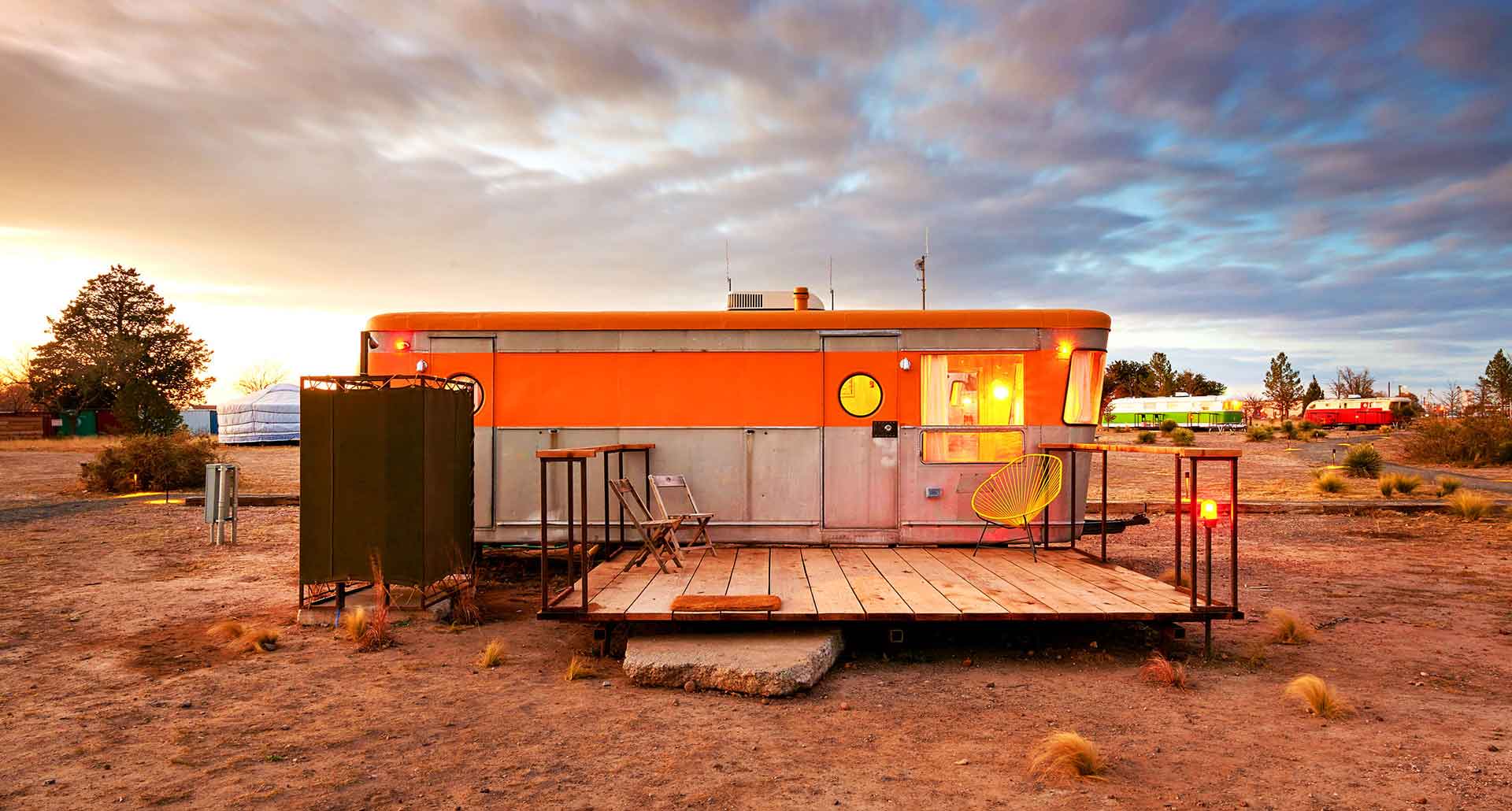 Out here in West Texas, “stylish” looks a little different — not so much monied Hamptons glamour as vintage Fifties trailers, as well as yurts, tents and tepees. Thanks to Bunkhouse’s well-focused curation, it all comes together in a unified vision of carefree, bohemian style.