The Kingdom: still United. For all the uncertainty after the referendum vote, not everything is up in the air. London’s still got what is arguably the finest collection of luxury hotels anywhere, the English country-house hotel tradition is alive and well, and Scotland has a plentiful supply of both stylish city hotels and stately castle hotels.

And we worry that it’s in poor taste to mention it, but it’s a message we’ve heard directly from many local businesses: the dip in the currency’s value means not only that your dollars or euros will get you more than they used to, but also that the UK economy as a whole benefits more than before from visitors’ increased ability to spend. Everybody wins — and there’s no time like the present. 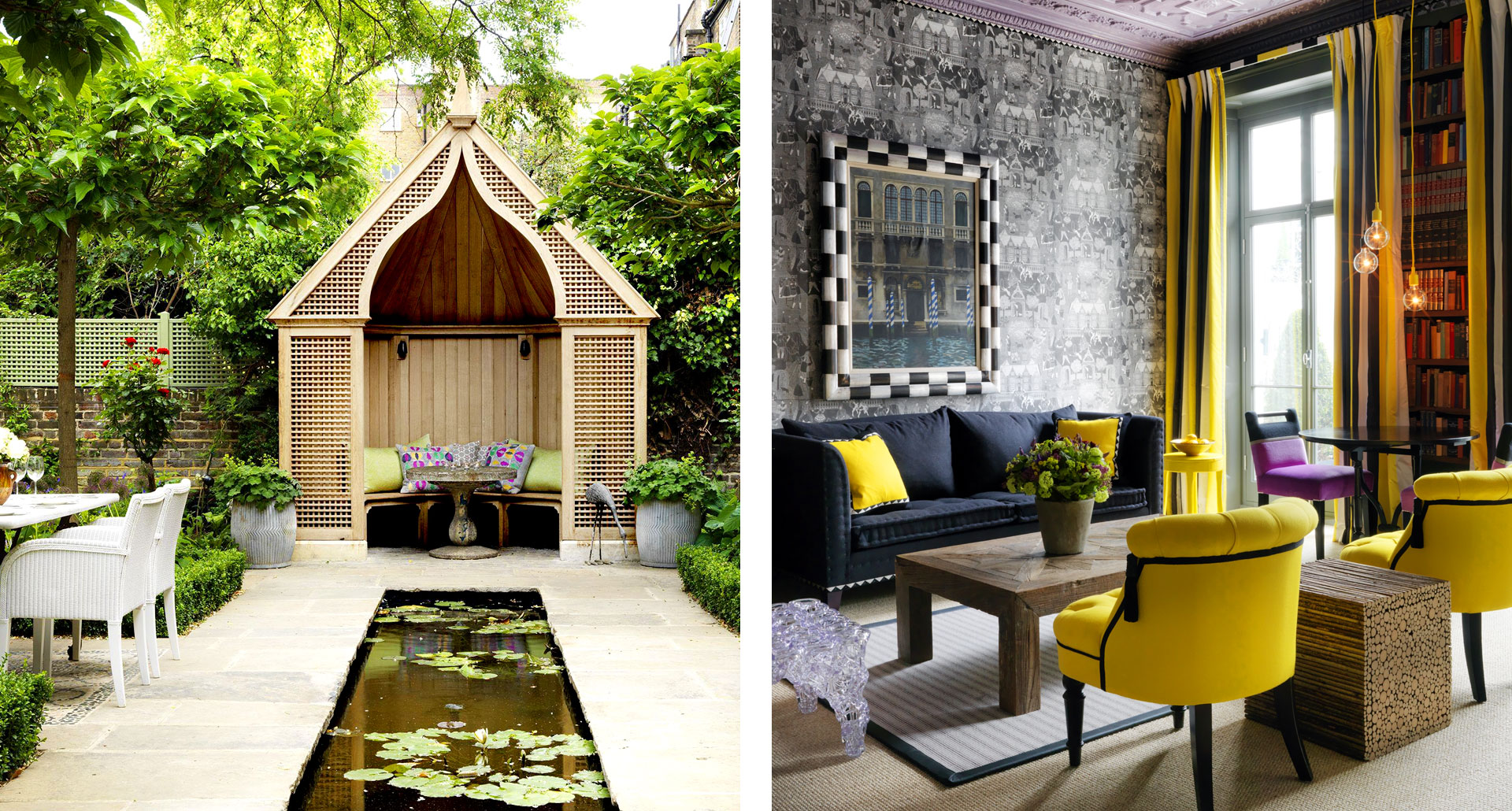 There are a lot of ways to get your Firmdale fix, from buzzing urban hotels like Ham Yard, Covent Garden, and Haymarket to relatively tranquil townhouse hotels like Dorset Square and Knightsbridge Hotel. Number Sixteen is one of the latter, a beautiful Victorian terrace house whose new conservatory and garden are, in your editor’s experience, the perfect spot to while away a South Kensington summer evening. 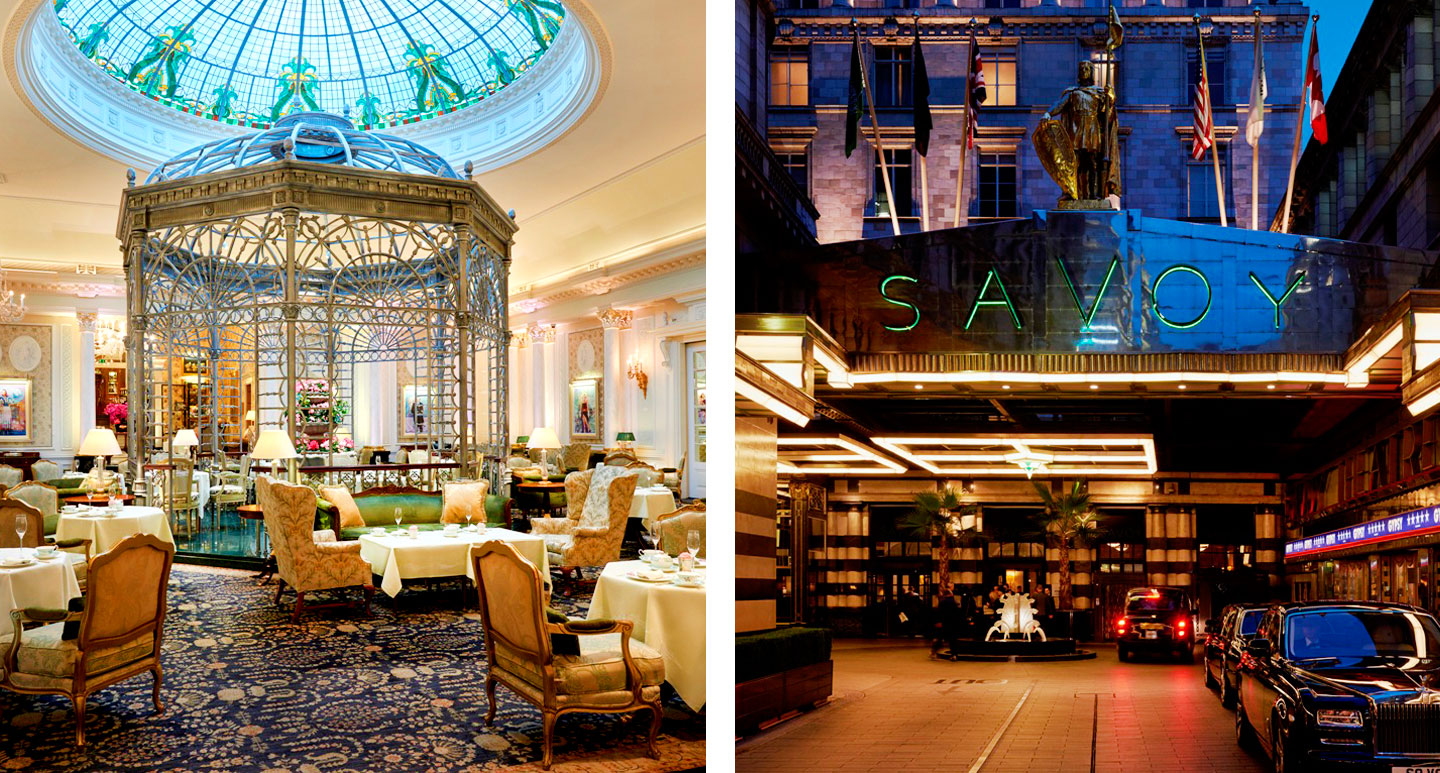 The original London luxury hotel is back from another renovation, notable once again for the way they’ve more or less left the place alone. With the exception of the expected high-tech amenities, it’s essentially the same hotel it was in 1889 — and the Savoy Grill, now under the critical eye of Gordon Ramsay, benefits from the fact that the London food scene is now among the finest in the world. 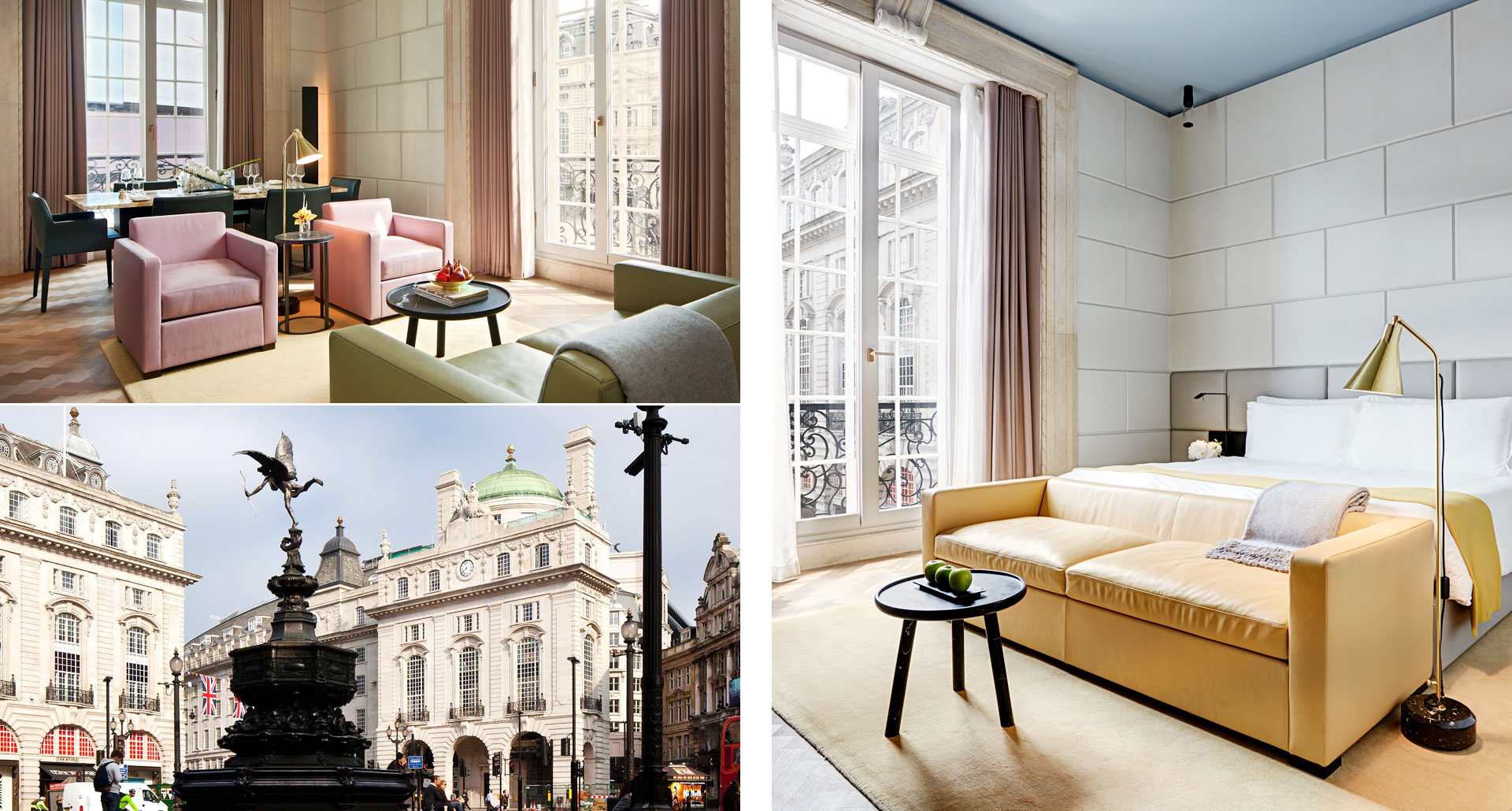 The Café Royal was another famous London restaurant, one whose bedrooms are a relatively recent innovation — this former haunt of Oscar Wilde has been reborn as one of the city’s most luxurious hotels, the crown jewel of an ambitious multi-use development which aims at nothing less than to turn the elegant John Nash–designed Georgian curve of lower Regent Street into a new hub for upscale West End living. 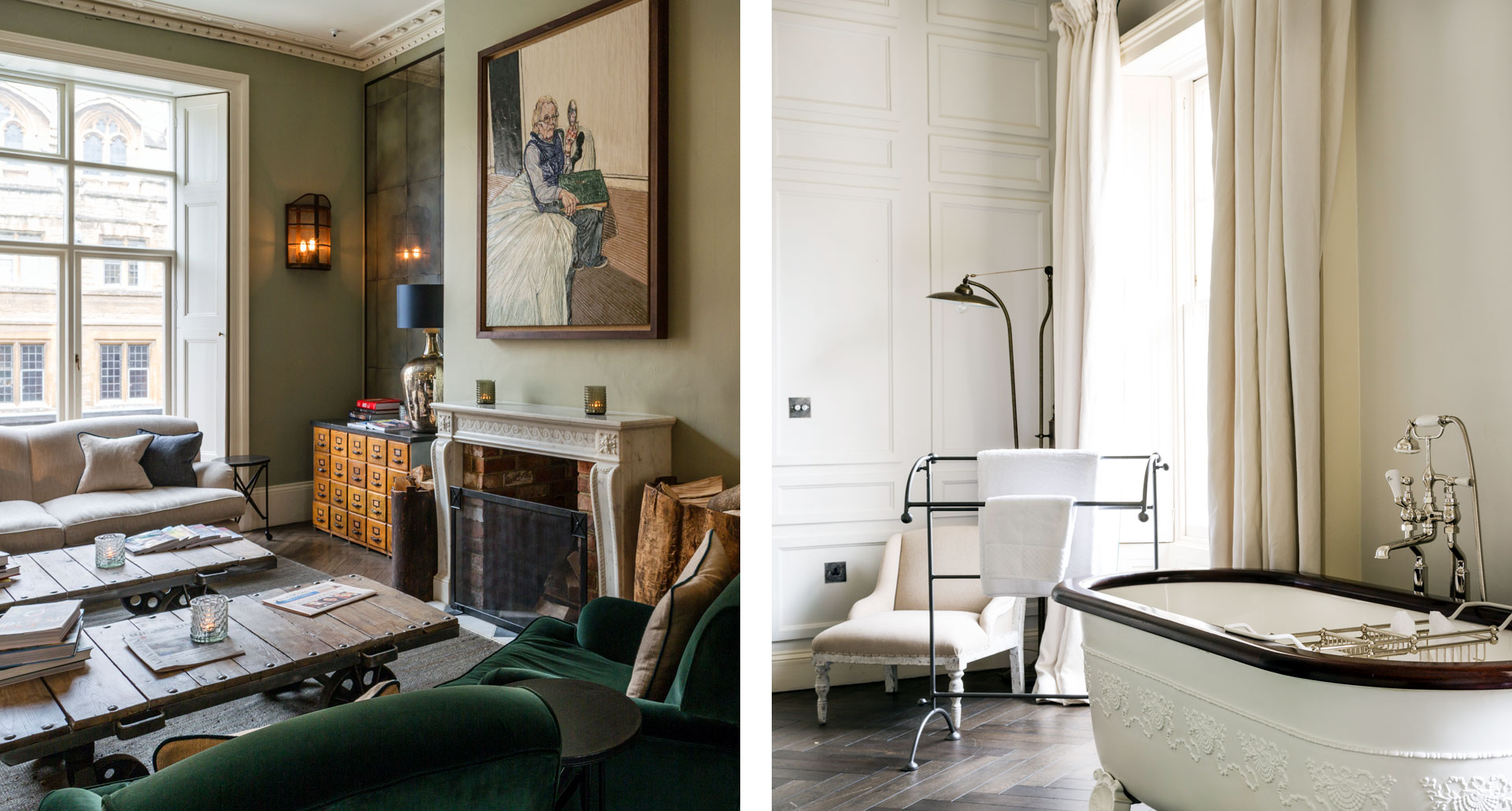 Sam and Georgie Pearman’s Lucky Onion group is responsible for a heaping handful of fine hotels and restaurants in Gloucestershire and the Cotswolds, the largest of which is No. 131, in Cheltenham. From the food to the rooms to the atmosphere it’s the sort of place, where, to put it simply, everything is just a bit better than it strictly needs to be — which, in our world, is one of the definitions of excellence. Established by a quartet of Cambridge graduates, The Varsity Hotel & Spa is a modern building, but through its floor-to-ceiling windows you’re steeped in the old Cambridge — you’re practically on top of Magdalene College, and you’re not much farther from St. John’s, Trinity or Jesus. Needless to say, it’s quite a few steps up from typical student digs. In less capable hands a Beatles-themed hotel, right around the corner from the Cavern Club, could easily have resulted in a nightmare of kitsch. But the Hard Days Night, against the odds, doesn’t try to coast on theme alone — were it not for the portraits and the memorabilia (which, granted, are central to its appeal, but anyway) this place would still be big news on the Liverpool hotel scene. 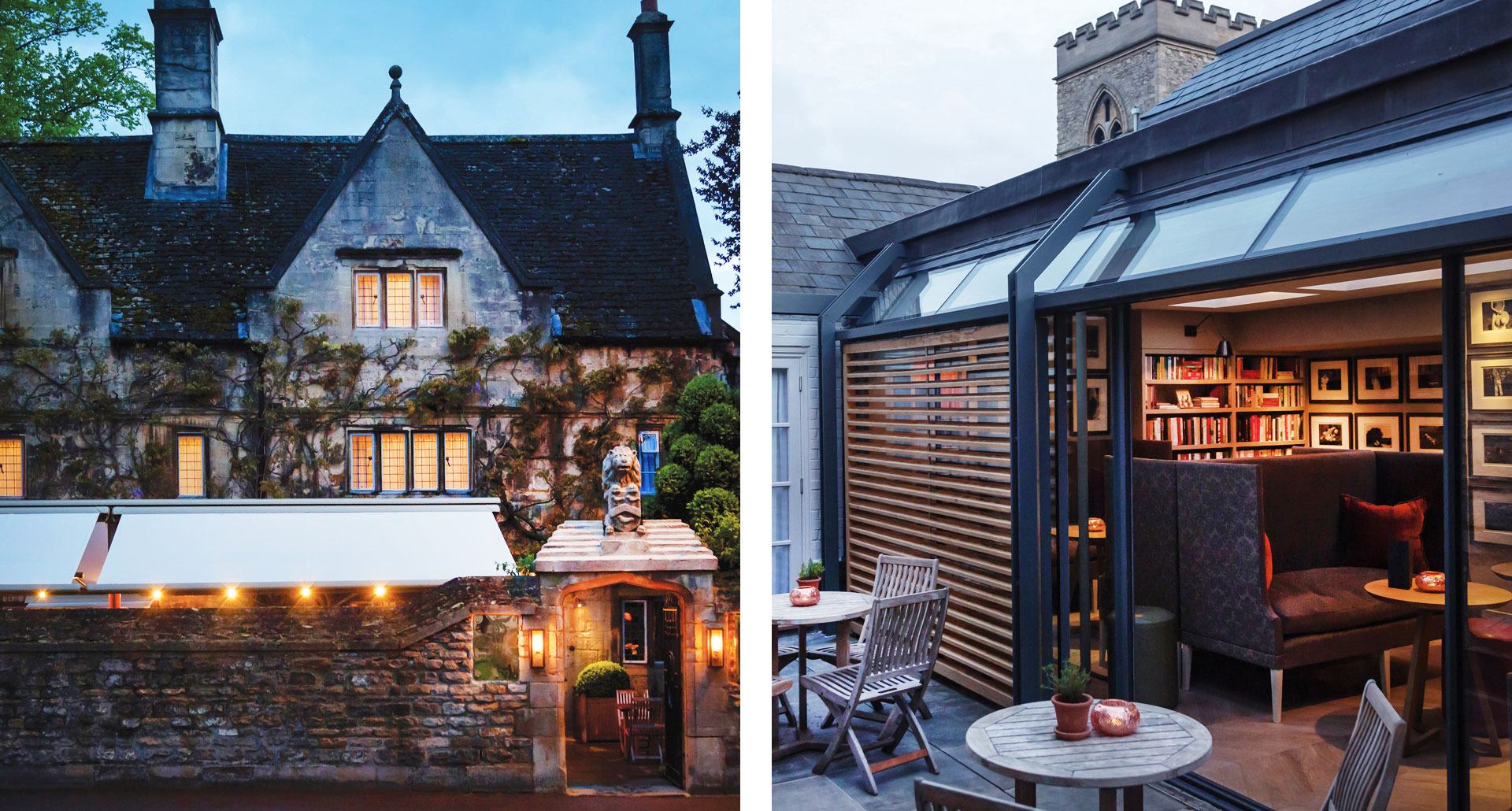 The Old Parsonage is perhaps unique in billing itself as a 17th-century boutique hotel, and we’ve got to admit they do have a point. This is a town, after all, whose university is so old as to resist any attempt at pinning down a precise date for its founding — in comparison it was practically just yesterday that Oscar Wilde (who got around, apparently) placed his signature in the hotel’s guest book. 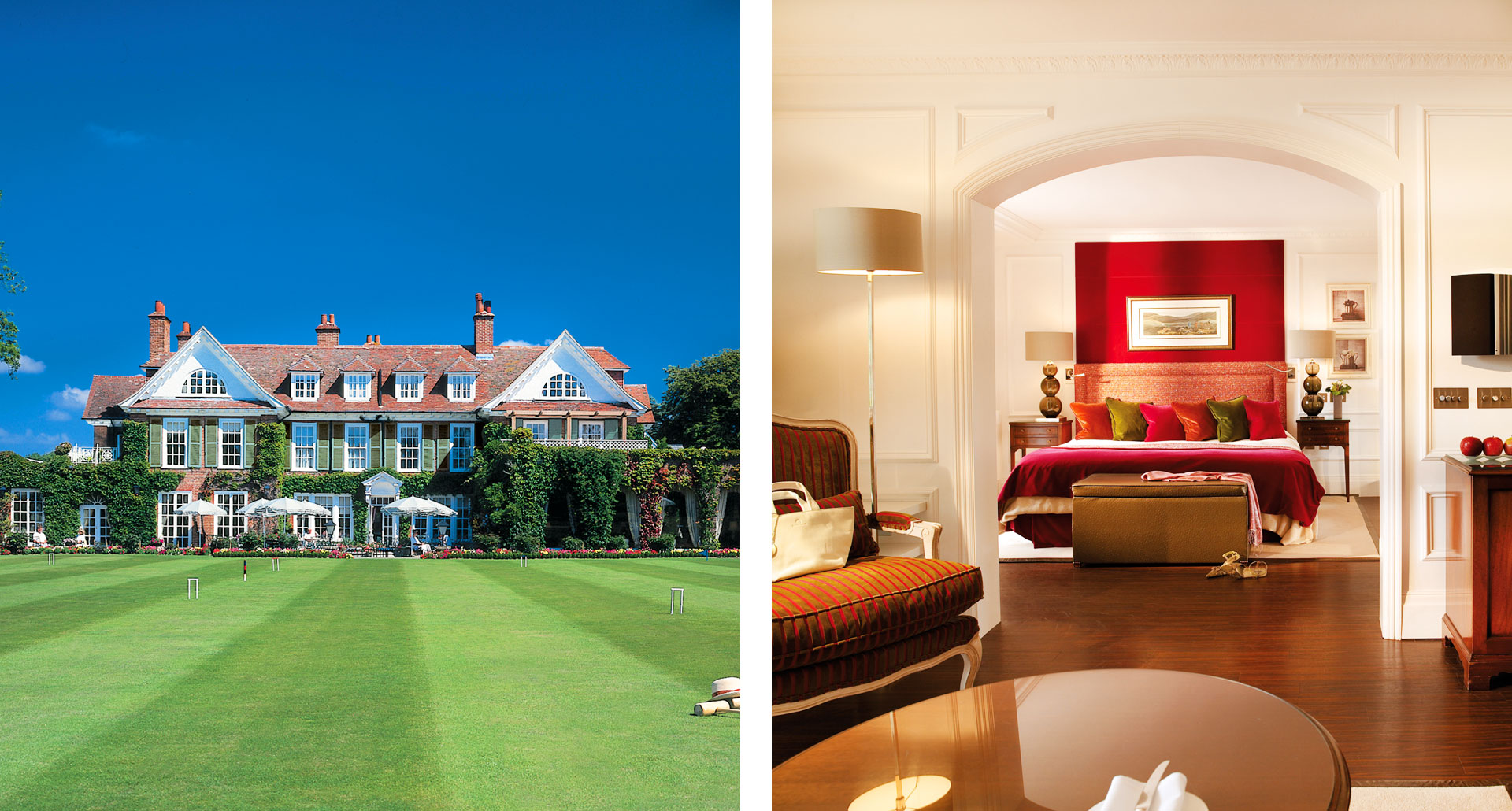 It wasn’t easy to choose just one English country house hotel, but Chewton Glen may well be the one against which all others should be measured. A spectacular location at the edge of the New Forest (established 1079) and a splendid old house whose rooms have been brought entirely up to date combine to offer an experience that’s unimpeachably luxurious. 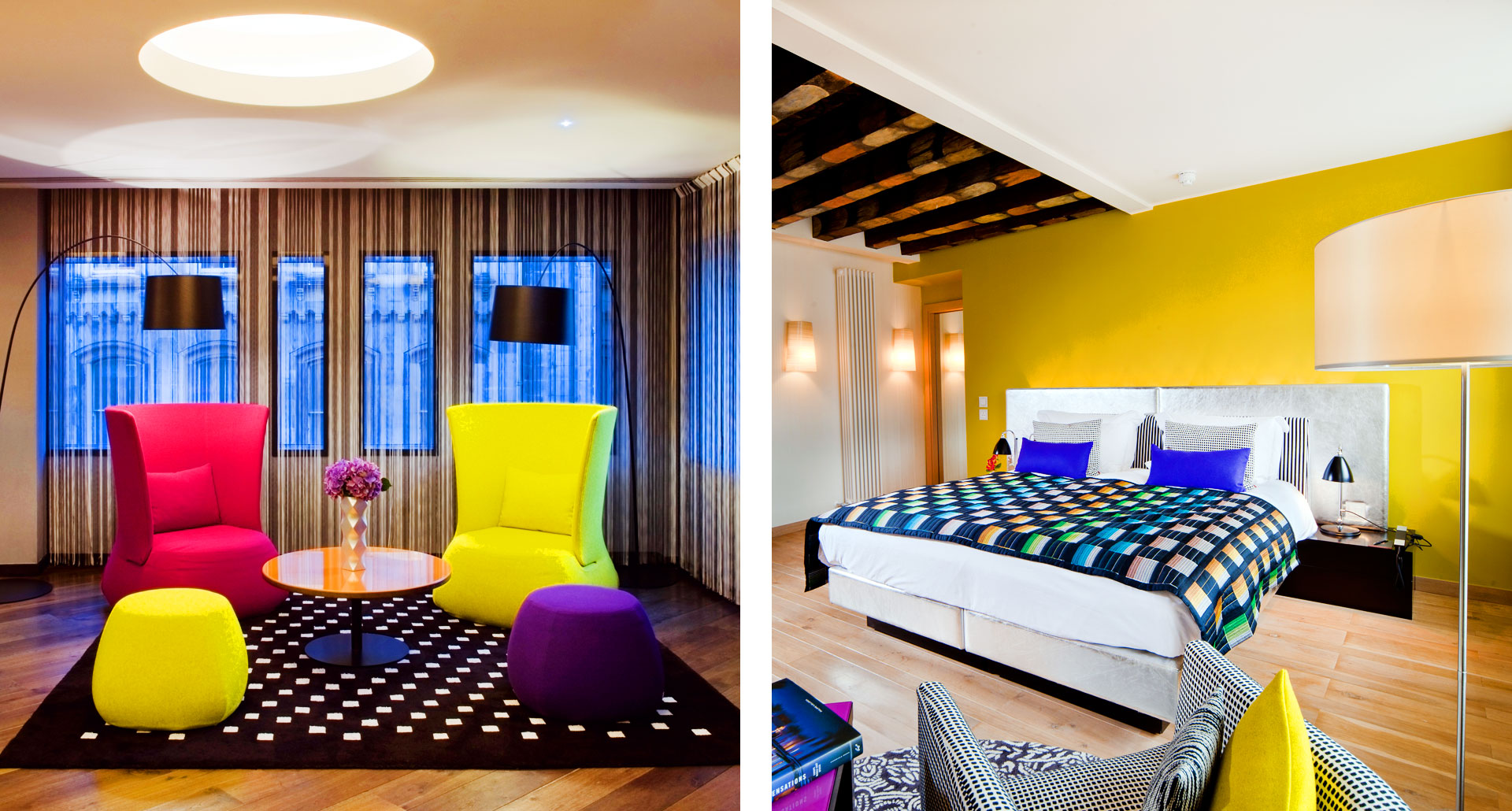 Meanwhile in Scotland’s capital a taste for architectural experiments manifests itself in Matteo Thun’s strikingly modern G&V Royal Mile Hotel, a stunning contemporary luxury hotel whose dramatic exterior and colorful interiors contrast boldly with the traditional backdrop of the city’s historic Royal Mile. The fruits of Edinburgh’s ties with Europe are everywhere on display…. 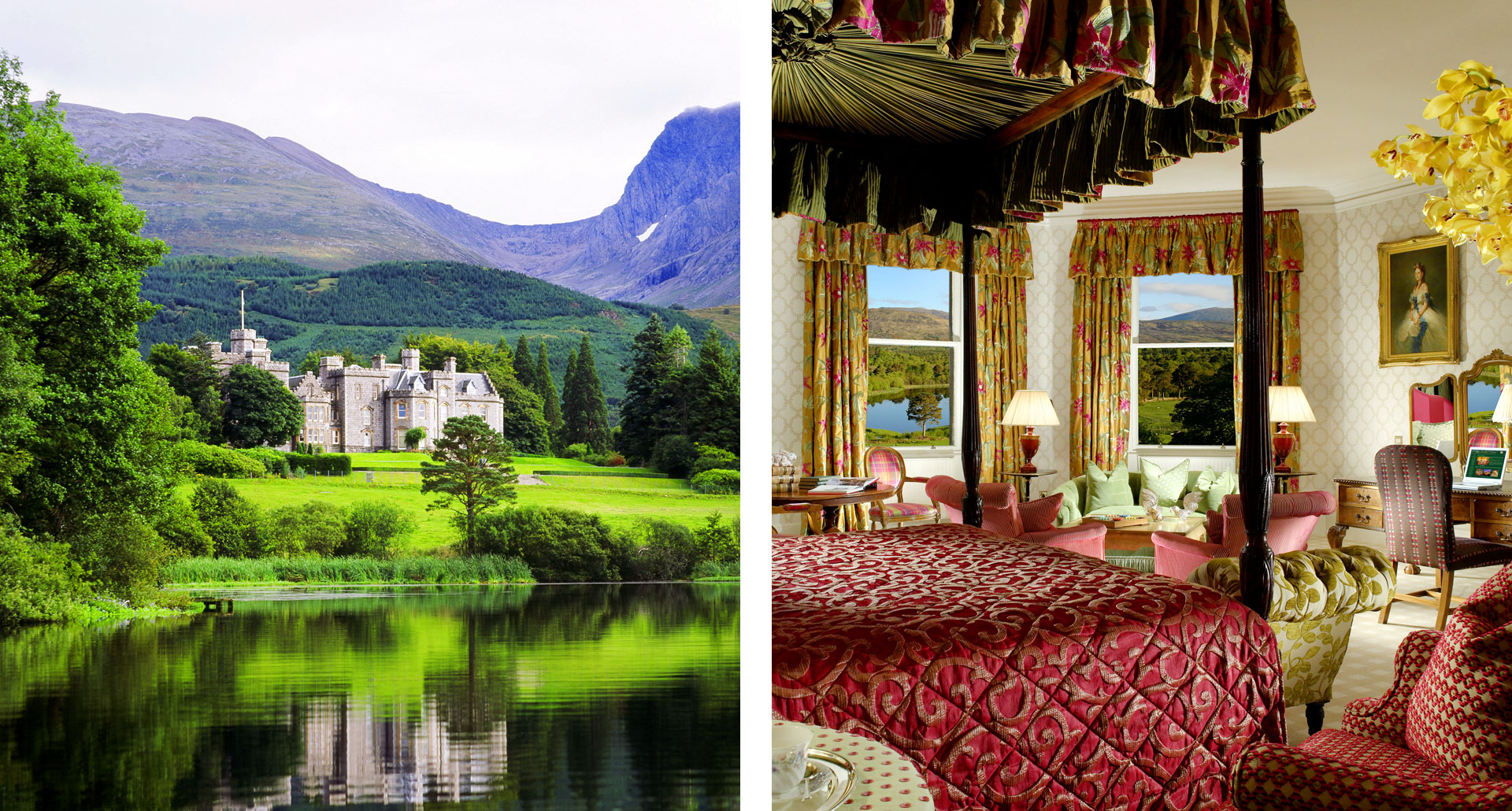 And Scotland has its own homegrown traditions as well. Inverlochy Castle dates back only to the 1860s, but it’s clear at a glance that even then it was an homage to an earlier age — and its fantastically opulent interiors and spacious, exceedingly comfortable rooms have lost none of their appeal over the years. Hard not to think that, whatever happens, life will go on here in much the same way.